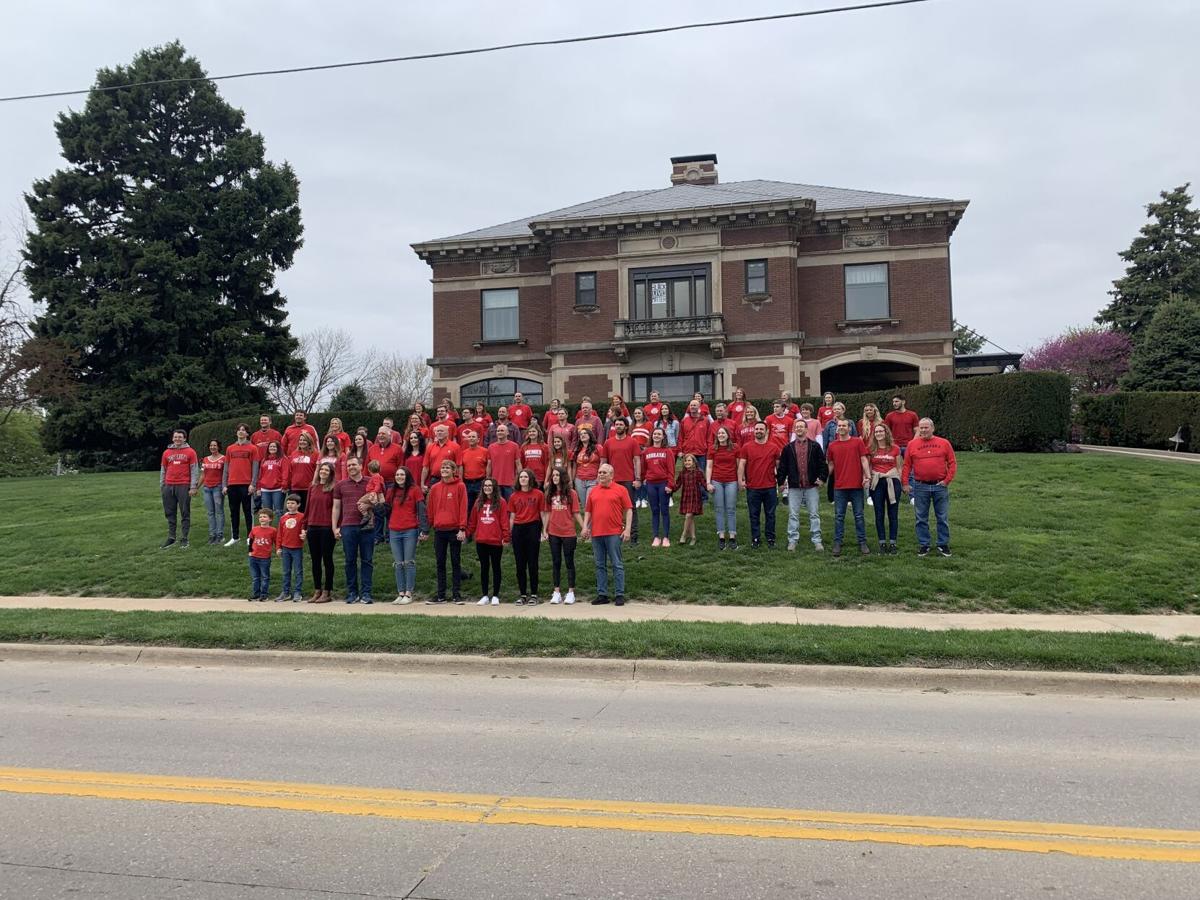 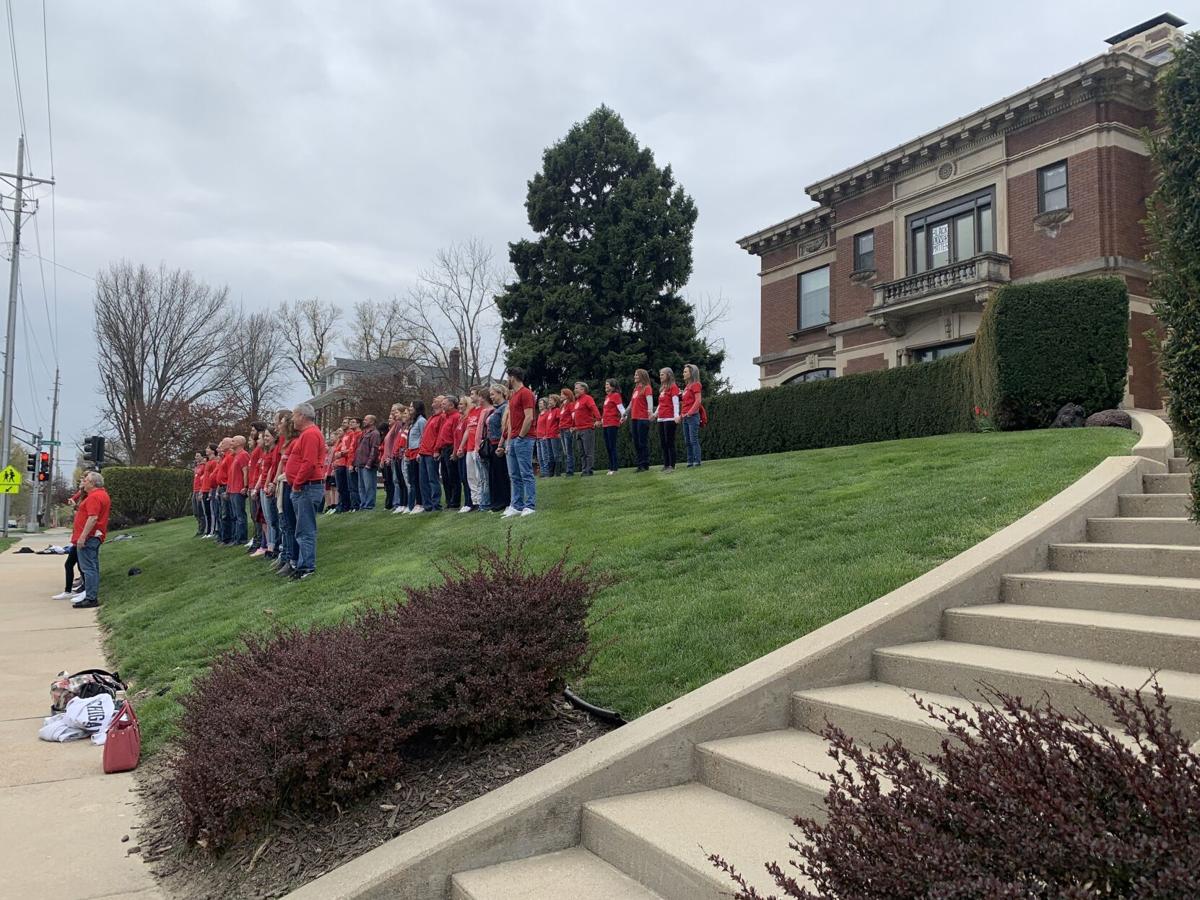 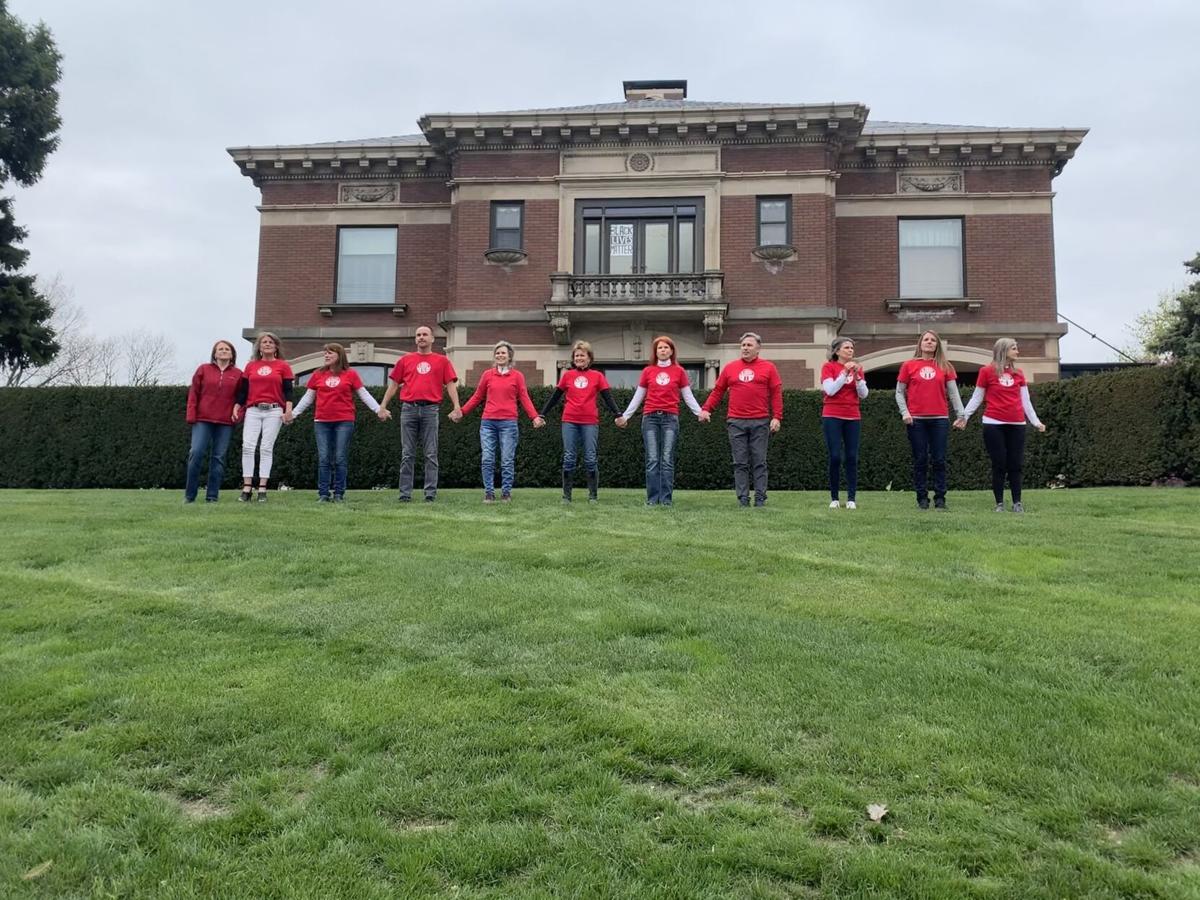 Eleven of Phyllis Kirby’s children posed Friday for a photo outside their childhood home near 38th and California Streets.

The sloping green lawn at the corner of 38th and California Streets was full of people Friday morning.

Relatives of Phyllis Kirby — about 70 of them — gathered at the home in honor of their mother, grandmother and great-grandmother, who died in early March. They posed for photos on the lawn and toured what used to be their childhood home.

The family postponed a funeral service because of the coronavirus pandemic. They opted instead to host it on the weekend of what would have been Kirby’s 95th birthday.

Kirby, who was born in Newman Grove, Nebraska, raised 15 children in Omaha with her husband, Francis. The family moved to the house at 38th and California in 1963.

“Any time the family gathers, it’s a treat,” said Joanie Banker, the sixth of Kirby’s children.

Thirteen of Kirby’s adult children returned to Omaha for the celebration of life, although not all were present for the photo.

The entire clan sported red clothing in honor of Kirby, who was a big Husker fan. Kirby’s children wore custom T-shirts, each one printed with their birth number on it.

Banker, No. 6, said she remembers her mother ironing on football Saturdays while she listened to the Husker game on the radio.

Friday’s gathering was a celebration with no room for sadness, said daughter Marguerite Kirby (No. 7).

After the large group photo, some family members toured the home, which still has the original address numbers on the side.

Mac McLaughlin and Heather Gomes, who have lived in the house since 2012, were happy to let the family tour their home.

Gomes said they had met a few of the Kirby family members over the years. When some of them reached out asking for the OK to take a photo on the lawn, it was an easy request to grant.

“There’s a lot of formal history, but you don’t get the personal stories unless you meet people,” McLaughlin said.

Knowing that the house at one time handled 15 kids, McLaughlin joked, reassures him that it can handle their three young children.

Jackie Novotny (No. 5), who still lives in Omaha, said it meant a lot to have the family gathered at the old home. A new roof and additional sidewalk gave the house a bit of a new look, she said. The Kirby family lived in the house from 1963 until 1980, when they moved to Washington state.

It was a fun family to grow up in, the siblings said. Without television, they entertained themselves with the basketball hoop, a pingpong table and a makeshift ice-skating rink in the backyard. Their mother was the “queen of recycling,” often saving milk cartons to freeze spare veggies or saving scraps of fabric to be repurposed.

“She was the strongest, most graceful, coolest woman we ever had the pleasure of loving,” said daughter Christine Moore (No. 15).

Tom Kirby (No. 2), who was unable to attend, said in a phone call that he was glad the family could meet at the home again. “A lot of living happened in that house,” he said.

Eleven of Phyllis Kirby’s children posed Friday for a photo outside their childhood home near 38th and California Streets.