Black Nebraskans are incarcerated at nearly nine times the per-capita rate of White residents, according to a study released Wednesday by a national research and advocacy group.

Iowa ranks slightly worse with Blacks incarcerated 9.3 times as often as Whites. That Black-White differential is tied for fifth among states. Nebraska ranks No. 8 on the list.

Both states have markedly higher rates of disparity among their incarcerated populations than the nation as a whole, where Black Americans are put in state prisons at almost five times the rate of White Americans.

The 25-page report was written by senior research analyst Ashley Nellis of The Sentencing Project, a nonprofit group that works on criminal justice advocacy.

Ryan Spohn, the director of the Nebraska Center for Justice Research at the University of Nebraska at Omaha’s School of Criminology and Criminal Justice, said those suggestions are sound and what he and other researchers have recommended to Nebraska state legislators.

“It meant to take away that discretion from judges and force them to treat everybody equally, but in practice it doesn’t work that way because of prior records,” he said.

That’s why racial impact statements have become popular with new legislation — if research shows a law will have a disproportionate negative effect on minorities, the law can’t pass in some states, Spohn said.

Racial disparities in prison populations across the nation have occurred for decades.

“The particular drivers of disparity are known to be related to a mix of social policies that stretch beyond crime policies to those related to housing, education, receipt of public benefits, child care and employment,” the report says.

According to the study, which collected 2019 data from the U.S. Census and the U.S. Bureau of Justice Statistics, 27% of Nebraska inmates are Black, despite Black Nebraskans making up just 5% of the population. For Iowa, 25% of the incarcerated population is Black, but the Black population of the state is 4%.

“If we continue to ignore or tolerate these disparities, the United States is unlikely to achieve the serious, sustainable reforms that are needed to end mass incarceration,” the report says. “Overall, the pace of criminal justice reform has been too slow as well as too modest in its goals.” 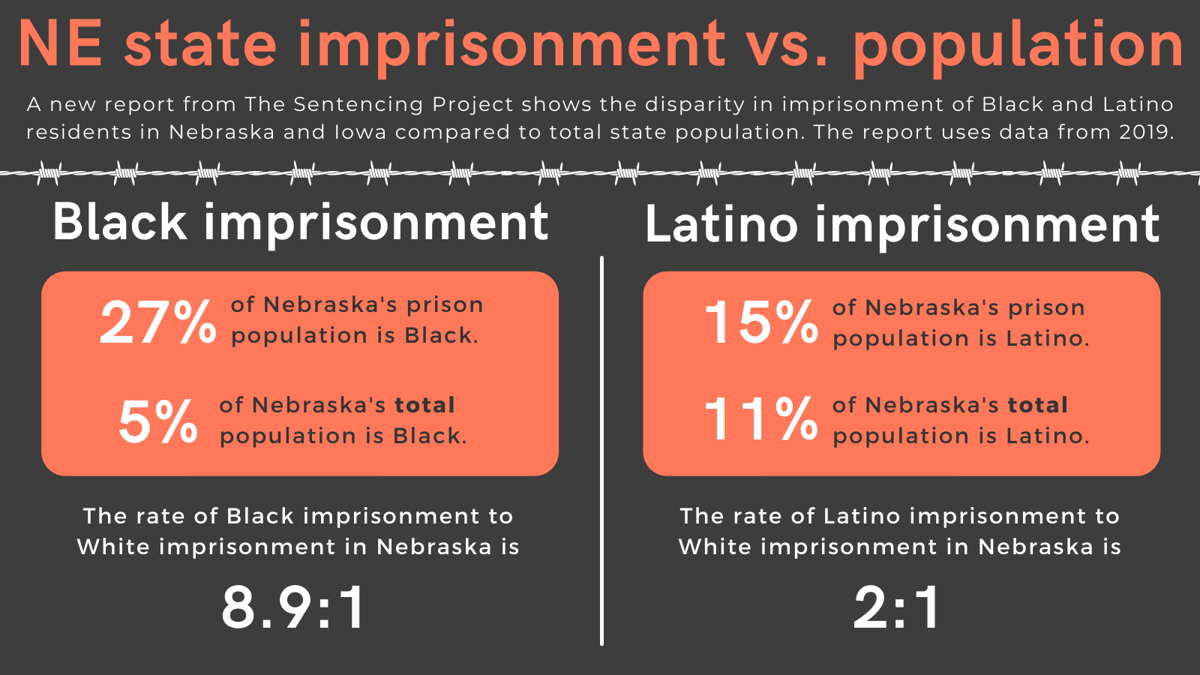 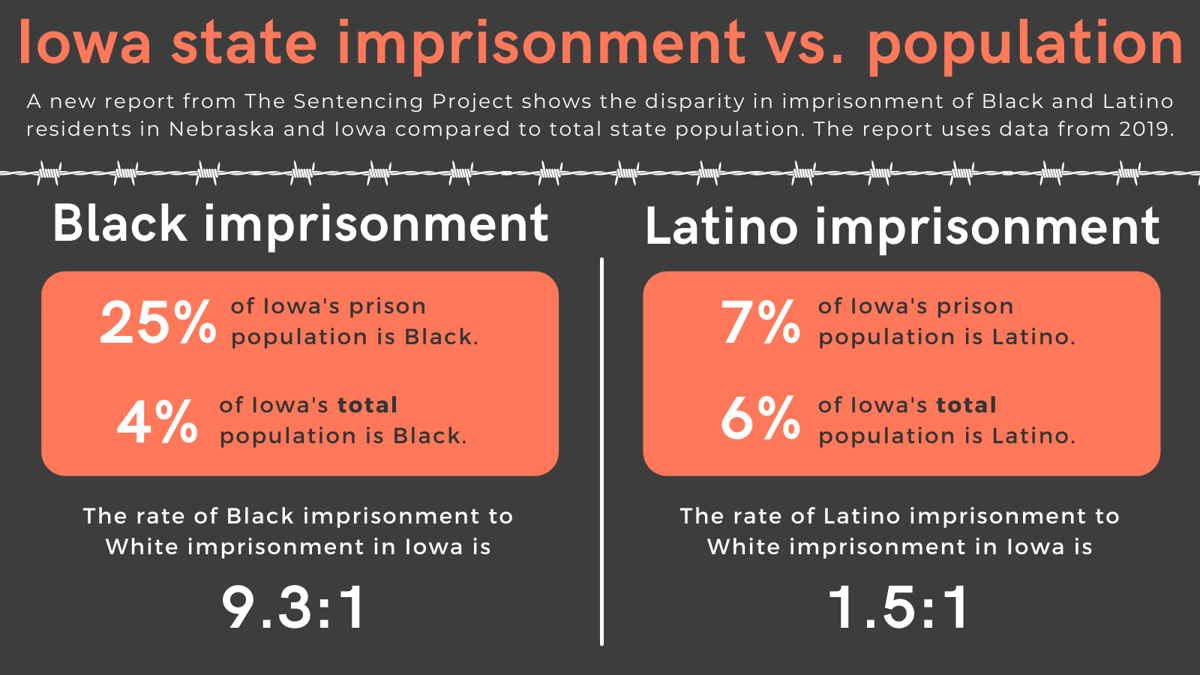