Daniel Walton, 23, was found in his cell by Douglas County correctional officers about 9:55 p.m. Saturday. Walton used the mask to asphyxiate himself, according to people familiar with what occurred who spoke on the condition that they not be identified.

Jail staff tried to revive Walton. He was taken to the Nebraska Medical Center, where he died.

Inmates are given orange fabric masks that have long cloth ties on all four corners so they can be tied around the back of a person’s head. Other masks stay in place using loops that go around one’s ears.

Reached on Monday, Douglas County Corrections Director Mike Myers declined to comment, citing the grand jury that will be convened to investigate the death as required by state law.

When asked whether he or department officials plan to change the kind of masks used in the jail or make other changes, Myers said he would refrain from commenting “because I think I would be indirectly commenting on the circumstances of the case.”

Walton was booked into the jail Saturday on suspicion of domestic violence assault, assault by strangulation, possession of an unregistered firearm and carrying a concealed weapon.

Jail staff noticed that the inmate was unresponsive shortly before 10 p.m. and performed lifesaving procedures.

The rate of COVID cases among Nebraska inmates is higher than in the general public.

“If they take their shoelaces away, why the heck would they give them something that is similar to that?” said Dina Walton, whose son allegedly strangled himself with a mask with long ties. 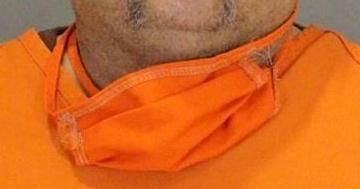 An example of an orange fabric mask issued to Douglas County Jail inmates. 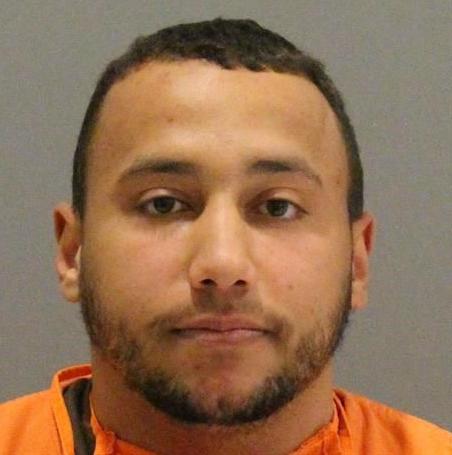