A federal judge has dismissed two of four claims in a lawsuit filed by a Council Bluffs man against Sarpy County, alleging that his constitutional rights were violated after he was shot in the eye by a pepper ball while observing a May 2020 Omaha protest after George Floyd was killed.

Adam Keup filed the federal lawsuit against Sarpy County, Sheriff Jeff Davis and four deputies in August after he initially filed a tort claim against the county.

The lawsuit claims that the deputies were not trained to use pepper ball guns and acted unreasonably by exacting excessive force. Keup’s right eye is barely functional because of a blind spot and a torn sclera, which causes additional problems like double vision. He also has said he has suffered emotional pain and works with a therapist to treat his post-traumatic stress disorder from the incident.

Keup is seeking an unspecified amount of money to pay for his medical care and cover compensatory and punitive damages and attorneys’ fees.

Similar instances of police force during protests have occurred in other cities. On Monday, the Denver City Council approved a $500,000 settlement to a college student who was shot with a foam projectile during the city’s protests over Floyd’s death, the Denver Post reported. That student needed stitches and has vision problems, his attorneys said.

Keup and his partner had gone to the first night of Omaha’s protests at 72nd and Dodge Streets on May 29, 2020, about 11:30 p.m. His partner, Grady Brodigan, had wanted to take photos of the lingering demonstration, and Keup stood on a sidewalk on Cass Street near 72nd, about 100 feet from law enforcement and peaceful protesters.

Keup said that, as his partner took photographs, four Sarpy County sheriff’s deputies wearing riot gear walked through the Walgreens parking lot toward him. One deputy raised a pepper ball gun and fired — hitting him in the right eye and in the shoulder.

Keup fell to the ground and deputies grabbed him and flushed his eye out with water without his consent, according to the lawsuit, causing more pain.

Attorneys for Sarpy County argued that because Keup was “standing idly” when he was hit, he was not involved in any “expressive conduct” that the First Amendment would protect.

Judge Buescher disagreed, saying that prior case law has demonstrated a constitutional right to record and observe police activity in public.

But Buescher rejected the 14th Amendment claim because of redundancy with the First and Fourth Amendment claims and dismissed the negligence claim, agreeing with Sarpy County that the government is entitled to sovereign immunity.

“Sovereign immunity bars Keup’s claim of negligence against Sarpy County and Sheriff Davis in his official capacity,” the judge wrote.

Davis’ personal attorney, Jeff Kirkpatrick, said he was pleased with the judge’s order because it “simplifies the lawsuit” and “got rid of some unnecessary claims.”

“It does simplify things going forward for discovery and trying to resolve the matter,” Kirkpatrick said.

Robert Keith, an attorney representing the county, declined to comment because of the pending litigation.

Keup’s attorney, Brian Fahey, said in a statement that he and Keup were content with the judge’s order.

“We are very pleased the court recognized Adam’s First Amendment right to observe police and protest activity at the moment he was shot without warning,” Fahey wrote. “We will continue demanding accountability for Adam’s disabling injury as his case progresses.”

The Council Bluffs man who was shot in the eye with a pepper ball while at a May 2020 Omaha protest has filed a federal suit against Sarpy County, its sheriff and four deputies.

Man who was hit in the eye by a pepper ball fired by a Sarpy County sheriff's deputy while watching last May's protests in Omaha plans to sue Sarpy County for damages.

This is how love changes your brain

‘Never have we seen this crisis in April': In India, a water train to help with the heatwave

‘Never have we seen this crisis in April': In India, a water train to help with the heatwave 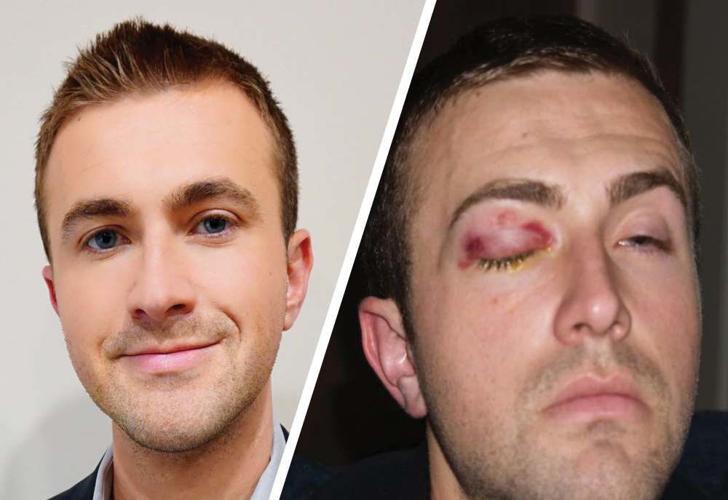 Keup says his right eye is barely functional because of a blind spot and a torn sclera. Shown are before and after photos. 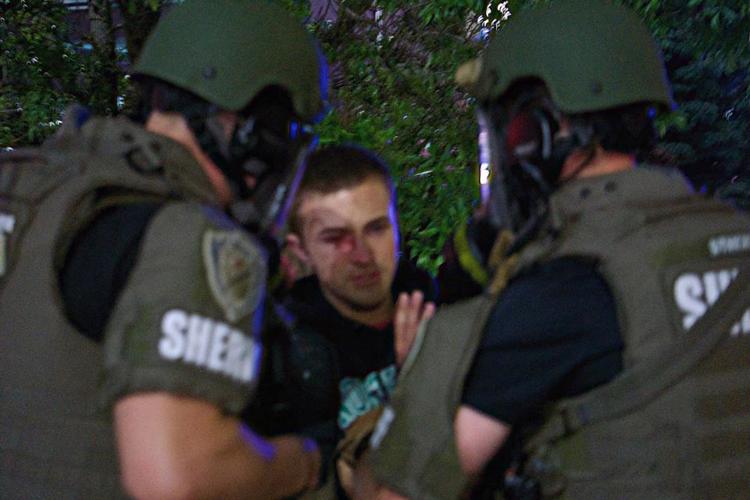 Adam Keup was hit in the right eye with a pepper ball fired by a Sarpy County sheriff’s deputy on May 29, 2020, the first night of Omaha protests related to the death of George Floyd.