Two state senators are pushing for a law that would require all Nebraska law enforcement agencies to maintain and make public lists of officers who have misconduct or disciplinary histories that could affect their credibility.

State Sen. Terrell McKinney of Omaha announced on Wednesday his intention to reintroduce such a bill. The announcement came two days after an Omaha police captain was awarded $700,000 by a jury in her federal lawsuit against the city and Police Chief Todd Schmaderer.

Former Omaha Police Capt. Kathy Belcastro-Gonzalez contended that Schmaderer retaliated against her when he bypassed her for a promotion to deputy chief after she scored No. 1 on a test.

The Brady list, or “do not call” list, stems from a U.S. Supreme Court case in 1963, Brady v. Maryland, that said prosecutors must share possible exculpatory evidence on officers with defense attorneys.

Officers on that list could have lied under oath or been the subjects of criminal or internal investigations that would deem them of questionable credibility by attorneys.

McKinney said the idea that officers on that list still get promoted is concerning.

After he heard about Belcastro-Gonzalez’s trial, McKinney said, he determined it was time to garner support for his bill, which would make those officers’ names available to the public.

“A lot of things around policing, we’ve been stonewalled, in my opinion, as far as getting true accountability,” McKinney said. “When you have a department that continuously promotes individuals that are on this list, I think the public should know.”

State Sen. Justin Wayne, also of Omaha, will be a co-sponsor of the bill, McKinney said.

“Brady lists are vital public information as they show which police officers have credibility issues and indicate whether prosecutors are following the law by maintaining and updating these records,” Wayne said in a prepared statement. “Juries should know, for instance, if the police employee testifying before them has been investigated and found to have committed misconduct in the line of duty.”

McKinney’s bill last session garnered opposition from law enforcement agencies and unions, as well as the Nebraska County Attorneys Association, according to the Lincoln Journal Star. The bill didn’t make it to the floor for debate.

Tony Conner, the president of the Omaha Police Officers Association, had told the Legislature’s Judiciary Committee that there’s no clear standard for prosecutors putting officers on the list.

“This bill does absolutely nothing to enhance public safety,” Conner said in February. “The clear purpose of (the bill), in our view, is to publicly and punitively jeopardize the reputations and careers of those who serve in law enforcement.”

Conner said Wednesday that the union would oppose the bill again. He said the public — and even officers — don’t understand what a Brady list means, so publishing a list would serve only to embarrass those officers.

“Some officers on that list really have not had any misconduct, so it’s just a way to publicly shame an officer. It seems like that’s the only goal for the bill.”

McKinney said checks need to be in place to hold police officers accountable.

“It’s clear that the police can’t police themselves at all,” he said.

Two people were found dead early Friday in a house in Bennington after Douglas County sheriff's deputies were sent there to investigate a possible murder-suicide.

A 13-year-old boy died after he was shot late Wednesday night in Omaha, police said Thursday.

About a dozen people gathered on the street outside of the library to voice opposition to the city's controversial move to tear down the main downtown branch and make way for a corporate skyscraper.

Two people were found dead early Friday morning in Bennington in what officials described as a murder-suicide.

After a 26-year-old woman was fatally shot in the forehead, someone tried to make the death appear to be a suicide, an Omaha police detective said in court.

A jury on Friday found Makhi Woolridge-Jones, who is now 17, guilty in the deadly shooting of 21-year-old Trequez Swift at Westroads Mall in April 2021.

A former South Sioux City High School assistant football coach was sentenced to 15 years in federal prison for the production of child pornography.

A 30-year-old man is in stable condition after being shot multiple times Saturday morning.

Officials are investigating a fire that destroyed a well-known gazebo in Omaha's Hanscom Park.

A vandal caused more than $10,000 in damage to the football field and track at Omaha Burke High School. 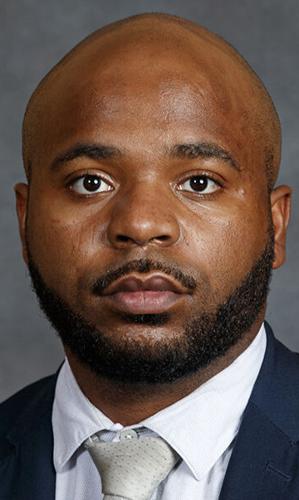 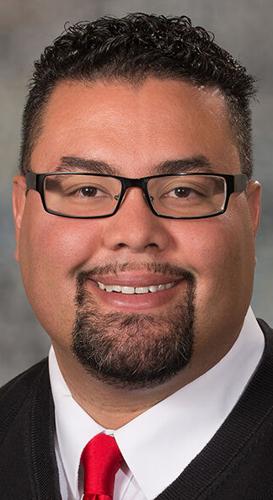