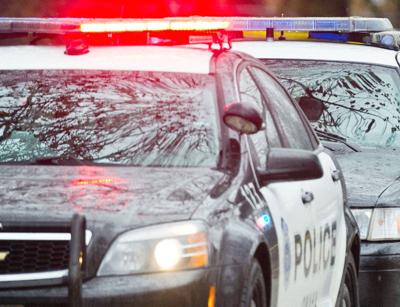 Take a look at the Nebraska Crime Commission’s domestic abuse report from 2019, collected from law enforcement agencies across the state, and a few things stand out.

Rural Cheyenne County, located in the Nebraska Panhandle, is listed as having more aggravated domestic assaults that year than Douglas County, which has about 64 times Cheyenne County’s population.

That’s because the Omaha Police Department, the largest law enforcement agency in the state, did not submit any reports that year. Nor did the department in the previous five years.

Sixteen other law enforcement agencies also failed to fully report domestic violence statistics from 2014 through 2019, something that is required by state law.

But all of those agencies serve populations of 5,000 or less. The Omaha Police Department serves about 450,000 people.

According to Don Arp Jr., executive director of the crime commission, the Omaha Police Department hasn’t been compliant since 2003.

According to a World-Herald analysis, a total of 73 law enforcement agencies in 58 counties across the state failed to report aggravated or simple domestic assaults or arrests in at least one year from 2014 to 2019 — the data sets that are publicly available on the commission’s website.

In essence, those law enforcement agencies were breaking a state law passed in 1997 that requires Nebraska agencies to submit monthly domestic abuse reports to the commission.

Representatives of some agencies said they didn’t know they weren’t submitting domestic violence reports. Others said they lacked the technology required to do so or they’re grappling with a difficult switch from one crime-reporting system to another.

Omaha Police Chief Todd Schmaderer found out about the lack of reporting to the commission after Arp notified the department — after being contacted by a reporter. Schmaderer said he ordered an audit of the statistics unit “in an abundance of caution,” but department officials have no indication of other gaps in reporting.

Violent crime rose in 2020, while property crime dropped. A look at Omaha during the COVID pandemic

“It should have been reported ... and it’s embarrassing. I find that to be embarrassing,” Schmaderer said when asked about the lack of reports. “It’s gonna get corrected for sure.”

Arp said the commission collects the domestic violence data because of a state requirement and doesn’t use the data to apply for federal grants, although outside organizations could use the information for that purpose.

Vaccaro said that the lack of reporting renders the data sets unusable and that law enforcement agencies should understand they’re breaking the law when they don’t file reports.

“You can’t make any sort of assumptions, any sort of judgments about Nebraska data because the data is junk,” she said. “It is unambiguous, what their duty is to do. I think what it says to me, it resonates with these broader calls for police accountability.”

Arp said the commission could fine agencies $100 for every day after a 30-day grace period following three consecutive months of not submitting reports.

For the Omaha Police Department, that fine could have amounted to at least $645,000.

But the statute says the agency must be shown to “willfully” not submit reports and the Nebraska attorney general would file a civil suit to assess the fine, Arp said.

Arp, who has been the commission’s executive director since February 2019, said he has not fined an agency and didn’t think his predecessor had, either.

Schmaderer said his department collects a lot of data and must file reports to the FBI and other organizations such as the state crime commission or to stay current on accreditation.

Schmaderer acknowledged that without numbers from the largest city in Nebraska, the commission’s data set would be incomplete.

“As crime rises and falls here, the state’s crime will rise and fall,” he said. “That’s how much weight we put on it.”

Schmaderer is listed as a member of the crime commission committee, along with Gov. Pete Ricketts; Nebraska Attorney General Doug Peterson; Col. John Bolduc, head of the Nebraska State Patrol; Scott Frakes, director at the Nebraska Department of Corrections; and others.

But Schmaderer said his department was never notified about not being in compliance on domestic violence data, something representatives from smaller agencies echoed.

Nance County Sheriff Ben Bakewell, who was elected in 2018 and oversees a population of about 3,500, said he didn’t remember getting a reminder about the requirement to report domestic violence incidents. Nance County was one of the 17 agencies that did not file any domestic violence reports in the 2014-19 time frame.

Bakewell estimated the county averages one such assault every one to two months.

“We’ll start reporting,” he said. “I really did not know that we were supposed to.”

Arp said he was surprised that Omaha police and others weren’t aware of not being in compliance.

“I always thought they had known. I always assumed they knew they weren’t reporting it,” Arp said.

Arp estimated about less than 10% of the more than 200 law enforcement agencies across the state have trouble reporting required statistics to the commission. He said those are small agencies that have few employees and resources.

The crime commission’s statistics aren’t immune from mistakes, either.

The Randolph Police Department is listed in the commission’s 2017-19 data sets as being a town in Chase County. Randolph is in Cedar County.

Another issue that leads to noncompliance is that law enforcement agencies across the country are switching from the Uniform Crime Reporting (UCR) system to the National Incident-Based Reporting System (NIBRS), the latter of which is more specific. That transition was to occur by Jan. 1, the FBI has said.

The Grand Island Police Department was the only agency in Hall County to fail to report — the department did not share its numbers of domestic violence arrests from 2014 through 2016, but it did report the number of incidents during that period.

Grand Island Police Chief Robert Falldorf said that was because the agency still was using the UCR system in those years, but transitioned to NIBRS on Jan. 1, 2017. The domestic assault arrests were counted in those years, he said, but were included in general assault tallies and not separated out as domestic violence arrests.

Boyd County Sheriff Chuck Wrede, whose northeast Nebraska county has a population of nearly 2,000, maintained that his office has been reporting the statistics despite crime commission records showing the commission hasn’t received Boyd County domestic violence reports for six years.

Over the years, Wrede said, he has submitted the information via mail, email and fax. He said it’s difficult for a small agency to adapt to changing technology and reporting requirements.

“Every time you turn around, the State of Nebraska changes stuff,” he said. “As far as I know, we’ve reported everything that they want.”

Arp said he didn’t immediately know about Boyd County’s situation, and guessed its reporting issues arose because the commission wants the statistics to be submitted via an electronic system, not on paper or via email.

In the Panhandle, the Sioux County Sheriff’s Office is another small agency that the commission says failed to report domestic violence numbers. Sheriff Chad McCumbers, whose county has a little over 1,000 residents, said the problem was more complicated.

“It’s not our fault, it’s not really their fault ... (the numbers) don’t get separated properly. All the agencies that use our dispatch system, it all goes together,” he said.

McCumbers said he’s working to find a solution, but system upgrades require a significant amount of money that the county doesn’t have.

Arp acknowledges the technological issues, but said the commission offers a way for smaller departments that don’t have a reporting system to file information about incidents as they occur. He said he didn’t want to fine agencies that were working on the UCR-to-NIBRS transition.

“Our tactic has always been to work with them,” Arp said. “No one’s defiantly not sending in data. Everybody wants to, it’s just there’s some technical snags.”

Arp has a goal of 100% reporting from the state’s law enforcement agencies, which he said he thinks could happen within the next couple of years. But he agreed that the commission’s data set is limited.

“Absolutely, it would be a lot of data that’s not there,” he said.

In Douglas County, the Sheriff’s Office and the Bennington and Metropolitan Community College Police Departments also failed to report at least one year of domestic violence stats from 2014 through 2019. The Douglas County Sheriff’s Office partially reported numbers in 2015, 2016 and 2018 and did not report in 2017.

Douglas County Chief Deputy Wayne Hudson said the discrepancy was also an issue of changing from UCR to NIBRS reporting.

The Women’s Fund of Omaha, which advocates for policy changes, research and solutions for girls and women, compiled a report in March 2019 called “State of Domestic Violence in Douglas County.”

For that report, local agencies provided researchers with data from 2015 to 2017, said Christon MacTaggart, the Freedom from Violence project director.

“(I)t’s important to understand that involving law enforcement might not be every survivors’ path to safety,” MacTaggart said in an email. “So the numbers will never tell the full story of intimate partner violence. We have to (have a) multiagency approach to domestic violence so that when victims engage with the criminal justice system, they are surrounded by agencies and supported.”

Schmaderer’s audit of the Omaha Police Department was ordered two weeks ago, and officials are making progress and are in communication with the commission, said Lt. Neal Bonacci, a department spokesman.

“We are trying to figure out where the disconnect was and make sure it doesn’t happen anymore,” he said. “We’re aware of it now and we’re taking steps to correct the issue.”

John Hinckley to be released from oversight

John Hinckley to be released from oversight

Watch Now: Phone apps that help you during natural disasters

Watch Now: Phone apps that help you during natural disasters

The phone line had been used as a way of minimizing officer interactions with the public during the pandemic.

Editorial: Nebraska must end its inattention to collecting crime data

It's troubling that dozens of local law enforcement agencies failed — for years, in many cases — to report required information on domestic abuse to the state.

The Douglas County Attorney’s Office is seeking more money to pay for a growing number of autopsies, a backlog of homicide trials and a rise in felony prosecutions.

Victims of abuse, sex trafficking can get free legal advice at Omaha event

Victims of domestic violence, sexual assault and sex trafficking can get free legal advice Saturday at an event sponsored by the Women's Center for Advancement.