McConnell says Trump, others 'provoked' attack on US Capitol

Omaha police are looking for the people responsible for a string of armed robberies at Scooter’s Coffee locations that have occurred since late last month.

In the most recent robbery, employees told police that about 6:15 a.m. Thursday, a black four-door sedan went through the drive-thru. The driver, wearing a face mask, climbed through the window, flashed a gun and demanded money. He fled with an unknown amount of cash.

Police on Friday released photos of one potential robber and vehicles they say were driven by the thieves.

The robber or robbers may be driving a black 1990s model Chevrolet pickup that is missing a tailgate, or a black Volkswagen Jetta.

Anyone with information should contact the department’s Robbery Unit at 402-444-5652 or Crime Stoppers at 402-444-STOP or omahacrimestoppers.org.

The Walgreens worker gave officers a copy of the man's driver's license. Police discovered that he owns a vehicle matching the description of the getaway vehicle.

"I know it's not great value to someone else, but it's a really important tool for us," she said. "We needed it desperately back. We're grateful."

Two people were taken to the Nebraska Medical Center with injuries that were not considered life-threatening.

Police attributed the rise in violence to several factors, including gang feuds. The pandemic also has led to a lack of in-person services and activities for young people.

The family inside was able to get out, and no injuries were reported.

The dark red minivan crashed through the window just to the left of the main entrance just before 1 p.m. Sunday.

Surveillance video showed three males entering the lot at 8:30 p.m. Monday and using a power saw to remove the converters before leaving an hour later.

Omaha police are looking for a black pickup truck or Volkswagen Jetta involved in a string of Scooter's Coffee robberies. 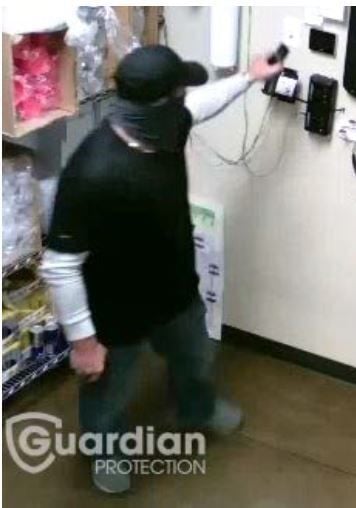 Omaha police are looking for this man, who is in his 30s and has a cross tattoo on the webbing between his right thumb and finger, who may be involved in a string of Scooter's Coffee robberies.