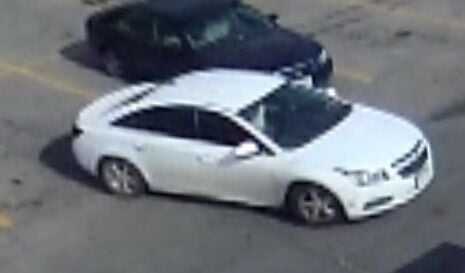 Omaha police are searching for this vehicle, which was seen following the victims' vehicle before the shooting. 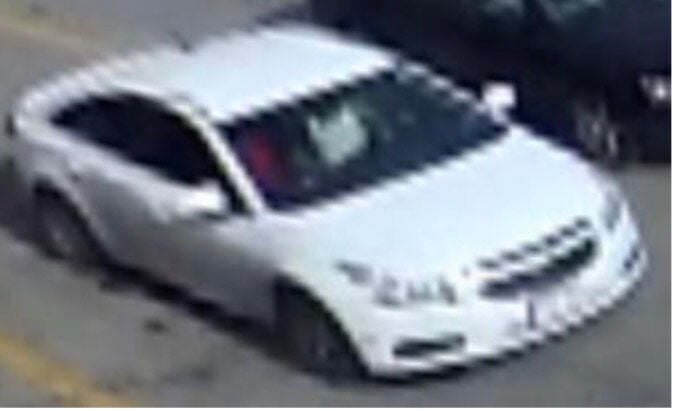 Omaha police are searching for this vehicle, thought to be a 2008 to 2016 Chevy Cruze.

Omaha police are searching for a vehicle and suspects involved in a Tuesday shooting in which four people were injured.

The suspect's vehicle is believed to be a 2008 to 2016 white Chevrolet Cruze. The vehicle was seen following the victims' vehicle from the Walmart at 5018 Ames Ave. before the shooting, which occurred near 31st and Grand Avenues just before 6 p.m. Tuesday.

Omaha police ask that anyone with information on the vehicle, shown in photos released by police, contact Crime Stoppers at 402-444-STOP or omahacrimestoppers.org. Tipsters will remain anonymous and are eligible for a $10,000 cash reward for information that leads to an arrest.

A man and three women were traveling in the same vehicle when shots were fired at the vehicle, striking one of the occupants.

Three people were taken to the Nebraska Medical Center, one in critical condition and two others with serious injuries.

The fourth person in the vehicle was treated for a graze wound from broken glass.

Between early August and late last week, police across Omaha issued more than 800 citations during an investigation into unlicensed vehicles across the city.

Omaha police were assisted by the La Vista Police Department and the Sarpy County Sheriff's Office in the arrests of the 15 men and women who range in age from 26 to 55 years old.

Staff members were eventually able to place the inmate in restraints, and the injured employee went to the hospital for treatment of injuries to his hand and head.

One teen killed, another critically injured in parking lot at Westroads late Sunday

An 18-year-old man was fatally shot in a parking lot at Westroads Mall late Sunday night, and another teen was taken to the hospital in critical condition.

Police said Eric Liao was found unresponsive when they responded to a disturbance call at the West Lanes Bowling Center near 72nd and Dodge Streets.

A judge sentenced an Omaha man to the equivalent of 42 to 52 years in prison after the man repeatedly wrapped a scarf around a 2-year-old’s neck and hanged her several times as she lost consciousness.

Out on bail on heroin, meth charges, Omaha attorney revived after he was found near death

A judge this week ordered an Omaha attorney to a halfway house and treatment after he was found near death in a parking lot at 30th and Lake Streets.

A 30-year-old Omaha gymnastics coach was arrested Wednesday on suspicion of sexually assaulting a child.

A Florida man has been arrested on suspicion of two counts of motor vehicle homicide after a multi-vehicle crash Saturday on Interstate 80 that killed a La Vista man and his son.

Omaha police are searching for this vehicle, which was seen following the victims' vehicle before the shooting.

Omaha police are searching for this vehicle, thought to be a 2008 to 2016 Chevy Cruze.