The parents of an Elkhorn High School student killed when he drove off the road after consuming alcohol that was sold by a Kwik Shop clerk have filed a wrongful-death lawsuit against the chain.

Jessica Kinnersley filed a lawsuit this fall on behalf of the estate of George Gervase, the 17-year-old who died in October 2018 after his Nissan Maxima left the road and hit a pole near 192nd and Pacific Streets. Kinnersley, George’s mother, was joined at a hearing Thursday by George’s father, George Gervase Sr.

An Omaha police investigation determined that a Kwik Shop clerk sold alcohol to two teens who then turned around and sold it to George Gervase. Gervase’s blood alcohol content was .217. The legal limit for adults to drive is .08.

Kwik Shop asked Judge Timothy Burns on Thursday to dismiss the case. An attorney for Kwik Shop, Matthew Rusch, said Gervase’s family cannot collect because of a law passed by the Nebraska Legislature in 2007.

That law holds bars and liquor stores responsible for deaths or injuries to third parties as a result of a crash caused by a drunken teen. However, the law has a carve-out that says that liquor stores don’t have to pay for the death of the intoxicated minor himself.

“This is a terrible, tragic situation,” Rusch said Thursday. “It’s a terrible event, and Kwik Shop extends its condolences. But that being said ... we have to look at Nebraska law. ... And in looking at Nebraska law, it’s clear there is no recognized cause of action.”

Fischer disagreed. He argued that the 2007 law does not prohibit the estate from attempting to collect under common-law arguments that Kwik Shop was negligent in selling to a minor.

Burns will decide in coming weeks whether the lawsuit can proceed.

Coincidentally, Burns oversaw the criminal case against Hart. Burns sentenced the 30-year-old Hart to a year in prison and 18 months of supervised release after he pleaded no contest to procuring alcohol for a minor. Having completed his year in prison, Hart is currently serving his parole term.

Hart told the judge at the time of his sentencing that he had been using illicit drugs, which may have affected his decision-making.

From late August until Oct. 11, 2018, the teens, ages 16 and 17, bought alcohol from Hart at the store more than two dozen times. At times, the teens would text Hart.

“So can we come in and buy alc?” one text read.

“Yep, just got in,” Hart responded.

That night, Gervase had contacted the boys through Snapchat to request two kinds of liquor — Four Loko Gold and Captain Morgan.

The boys went to the gas station. Hart hit a button on the cash register that allowed him to override the age check.

The boys turned around and sold some of the alcohol to Gervase and his friend. Surveillance video from Elkhorn High School showed a white pickup truck meeting a dark-colored car — thought to be the Nissan Maxima that Gervase was driving — in the parking lot about 11:45 p.m.

From there, Gervase and his friend ended up at a female teen’s house, where a group of teens had gathered. Most of the teens were drinking excessively, an attorney has said. A stepfather of one of the girls came downstairs to find a group of drunken teens and kicked them out of his house.

No one is sure what time Gervase crashed.

An accident reconstruction expert determined that Gervase was headed south on 192nd Street, traveling at a high speed, when his car left the roadway.

Cooper, who covers the justice system, relays his five most memorable stories of 2020.

Part 1 of you truly can't make this stuff up, so you double-check the texts.

Part 2 of you truly can't make this stuff up so you double-check the texts. And the maps. And the pics. Good golly. Netflix on line 2.

Cooper: We went on a trip in these times of coronavirus. It turned into a guilt trip

Seems like centuries ago but yes, we traveled at the beginning of the 'rona. And yes, we freaked out at every turn. Can still feel Thomas Jeff…

Offensive statements, behavior haven't been enough to get other Omaha city employees fired

This article ran the same day that Kobe Bryant died, so no one saw it. City employees, uncensored and un-censured. Park it in the folder: "Peo…

Still hard to fathom the tragic twists and turns of this sordid case. This story -- and the video at top -- gives an in-depth breakdown of wha…

Clerk who repeatedly sold alcohol to teens ordered held on $100,000 bail after one died

George I. Gervase, 17, of Omaha, was declared dead at the scene. Officials said he was the lone occupant of the vehicle.

George Plofkin appeared in court Monday after he was charged with manslaughter following a fatal crash on Dec. 8 in western Douglas County.

A Douglas County district judge threw out a lawsuit filed by the family of an Elkhorn teen who died in a crash after drinking alcohol illegally sold by a Kwik Shop employee. 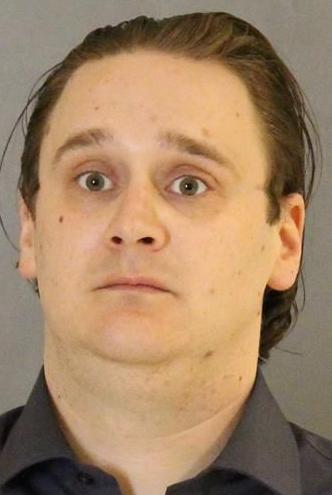 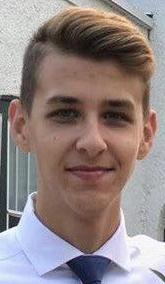