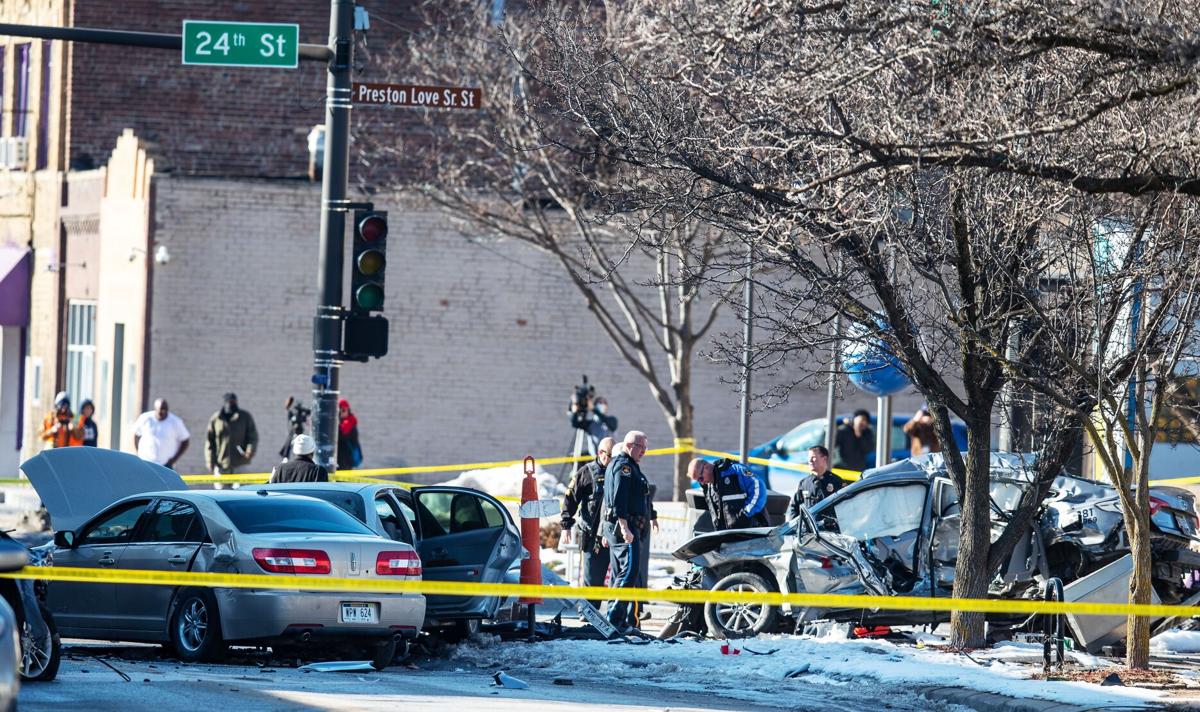 Omaha police investigate a multiple-vehicle crash on Lake Street just east of 24th Street on Monday. At least one body remained on the scene near the cars. 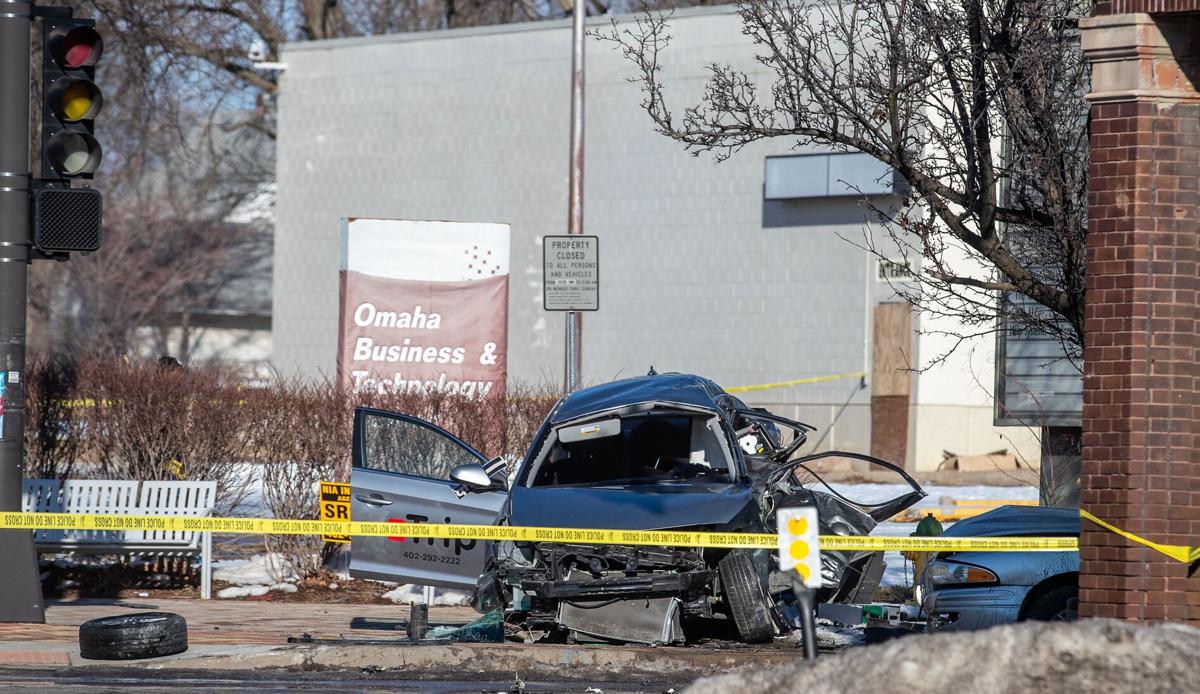 Omaha police investigate a crash involving multiple cars on Lake Street just east of 24th Street on Monday. At least one body remained on the scene near the cars.

Two men died and a third was seriously injured Monday when the driver of a speeding vehicle ran a red light at 24th and Lake Streets.

Terrell L. Lindsey, 49, and Laron B. Imani, 60, both of Omaha, died as a result of the crash. Lindsey died at the Nebraska Medical Center and Imani was pronounced dead at the scene, police said.

Investigators determined that Chaz Booker, 43, was driving a 2015 Dodge Journey eastbound on Lake Street when the SUV went through a red light at 1:10 p.m. The vehicle collided with a 2017 Hyundai sedan driven by Lindsey, a Z-Trip taxi driver, that had a green light. Lindsey was turning west onto Lake Street from northbound 24th Street.

Imani, a passenger in the Z-Trip car, was not wearing a seat belt. Booker was taken to to the Nebraska Medical Center with a head injury that police said did not appear to be life-threatening.

A police spokesman said charges are expected to be filed again Booker after he is released from the hospital. In addition to running the red light, investigators said Booker was traveling above the speed limit of 30 mph.

After the initial crash, the SUV and the Hyundai struck two stopped vehicles, a 2001 Buick and a 2007 Lincoln, that were waiting to go westbound at the red light on Lake Street. Both the Buick and Lincoln were occupied, but no one claimed serious injuries or was taken to a hospital, police said.

The traffic controls at 24th and Lake were damaged as a result of the crash. Temporary stop signs were put in place.

The SUV spun out of control and hit a retaining wall, police said.

One person killed, one critically injured in Papillion crash

Police say two vehicles were going south on Highway 50 when a northbound pickup truck crossed the center line and crashed into the vehicles.

Nebraskans drove fewer miles in 2020, but traffic fatalities stayed about the same

Through the end of the year, the number of traffic fatalities in Nebraska dropped by just 5% despite people driving 10-15% fewer miles in the state.

An Omaha man and woman face multiple charges after police found stolen guns and a pipe bomb in a stolen pickup truck they were sitting in.

Two people were taken to hospitals in critical condition after a two-vehicle crash Sunday afternoon.

A driver in a collision that killed two people has been booked in connection with their deaths.

Omaha police investigate a multiple-vehicle crash on Lake Street just east of 24th Street on Monday. At least one body remained on the scene near the cars.

Omaha police investigate a crash involving multiple cars on Lake Street just east of 24th Street on Monday. At least one body remained on the scene near the cars.