Jose Antonio Ramos thought the sawed-off shotgun was empty — the gun that his 17-year-old friend was playfully pointing at people on Mother’s Day 2020.

When the 17-year-old pulled the trigger, Ramos found out otherwise. The shot blew a hole in the chest of one of his best friends, 15-year-old Manuel Gijon-Villa.

That’s when Ramos, then 19, and the shooter, Marcos Garza-Calderon, panicked.

Calderon placed his hands in the gaping wound and the two drove away, Manuel dying and dead in the back seat.

Initially, they thought they would go to the hospital. But, attorneys in the case say, a cocktail of drug use and teen angst led them to drive for hours. Finally, nine hours from home, they ran out of gas and drifted off to the shoulder of a road just off Interstate 80 in central Wyoming. That’s where they left Manuel, to be found later by a Wyoming state trooper.

Ramos’ attorney, Randy Paragas of Omaha, said his client is torn apart by what happened to Manuel.

“He’s just broken up,” Paragas said. “These guys were complete friends. There was no animosity involved here. It’s hard to quantify how much remorse my client has.”

In an earlier hearing, Calderon’s attorney told the judge that everyone in the white Toyota Corolla was passing around the shotgun and pointing it at each other that day. Paragas disputes that. Only Calderon was pointing it at people, including a girlfriend and another female friend of the group, Paragas said.

Paragas also took issue with a notion in the community that Ramos was “a snitch.”

“All my client did was tell the truth of what happened that day,” Paragas said.

Had his client not told the truth, Paragas said, he and Calderon both were looking at first-degree murder charges, and the possibility of life in prison. Ramos laid out the tragedy, noting that the three were all friends and that Calderon didn’t mean to shoot Manuel. The three — some of whom had ties to the Sureños gang — had been using cocaine, methamphetamine and alcohol prior to the shooting, attorneys say.

Asked why Ramos and Calderon drove across Nebraska and much of Wyoming without seeking help for Manuel, Paragas said they were distraught and frenzied.

'Kids and a gun': The untold case of an Omaha boy, shot dead and left on a Wyoming road

After running out of gas near Rawlins, Wyoming, Ramos and Calderon had hitched their way farther west, to Salt Lake City, and were on their way to California. Wyoming detectives caught up with them. Calderon initially didn’t say much other than Manuel “was my homie.”

Manuel’s family has described the then-15-year-old sophomore at Bryan High School as hard-working and earnest, an only boy surrounded by three sisters. Pudgy-cheeked and funny, he used to help his uncle on his painting crew and loved working on cars alongside his father. He would have been on track to graduate from Bryan High School this May.

Calderon eventually described his horror at shooting his friend. At his sentencing hearing, Calderon told Manuel’s family: “For as long as I live, I will never forget what I did to someone I love. It hurts because he was not just like a friend but he was like my brother.”

Likewise, Ramos was beside himself in conversation with detectives.

“It hurts a lot. I know what I did,” he told detectives. “Something happened — something’s in the car that shouldn’t be.”

Paragas said he flew out to Utah to represent Ramos and assess what had happened, as much of society was shutting down at the start of the pandemic. The airports and planes were practically empty. So was his client.

This week's local crime and court updates from Omaha World-Herald.

Police shoot man they say was charging them, his mother with knife

A 37-year-old man who had threatened his mother and police with a knife was shot in the cheek by an officer.

The Lancaster County Attorney's Office reduced two felony motor-vehicle homicide charges to misdemeanors in the case of a trucker accused of running over multiple cars and killing two people.

Police shoot man in South Omaha; they say he charged at mother with knife

14-year-old girl dies after being shot in South Omaha

Ornelas Ramirez, 23, was booked Wednesday on charges of first- and third-degree sexual assault of a child in connection with an incident at Pawnee Elementary School.

Detective: Omaha teen accused of fatally shooting another teen told sister, 'it was me'

An Omaha police detective said Justyn Wagner and Elijah Robinson were looking for members of a rival gang to shoot at and killed 18-year-old KorVanta Hill, who was not associated with a gang.

William “Billy” J. Quinn, 57, of Oxford, Nebraska, was sentenced to 177½ to 304 years in prison for sexual assault and sex trafficking.

Prosecutors credited an off-duty Bellevue police sergeant with stopping a Lincoln man from inflicting further harm after he fatally shot his ex-wife's boyfriend in Omaha.

A man confronted a couple in a suburban Omaha park this summer, shooting one of them on the mistaken belief that they were involved in auto break-ins, authorities said.

A man confronted a couple in a west Omaha park this summer, shooting one of them on the mistaken belief they were involved in vehicle break-ins, according to authorities.

A series of underage drinking compliance checks resulted in 28 businesses in Douglas and Sarpy Counties being cited on suspicion of selling alcohol to minors.

A Bellevue man who told police he was hearing voices the night he fatally shot his longtime girlfriend was sentenced Monday and will spend at least 15 years in prison.

Omaha teen accused of sexually assaulting sister allowed to go home; she says he did it again

The boy's mother and stepfather signed a safety plan that said they would not allow him to be alone and unsupervised with his siblings. "The system failed," the Douglas County attorney said.

Omaha police were called in to disperse a large crowd Saturday night after a multiple fights broke out and a large number of people refused to leave a party at a business near 73rd and Maple Streets.

Brandon Straka, 45, was slated to be in court for sentencing, but prosecutors and Straka's attorneys on Friday requested that his sentencing be delayed for a month.

The Nebraska Supreme Court on Friday dismissed a Nebraska inmate's claim that state prison officials failed to protect him from another inmate who had killed his brother.

Prosecutors say Marlon Miranda Jr. killed his estranged wife's boyfriend, Jose Juarez, and slammed her head into a brick wall early in the morning of June 13, 2020.

BNSF to pay $1.5 million after oil train spill in Iowa

Berkshire Hathaway-owned BNSF Railway has agreed to pay a $1.5 million settlement arising from an oil spill into northwest Iowa waters in 2018, according to court documents filed Thursday.

An Omaha man who authorities say was selling methamphetamine out of his mother's basement has been sentenced to 12 years in prison. 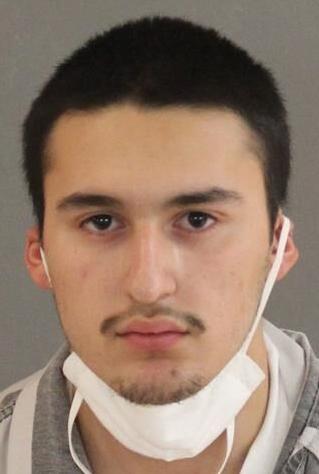 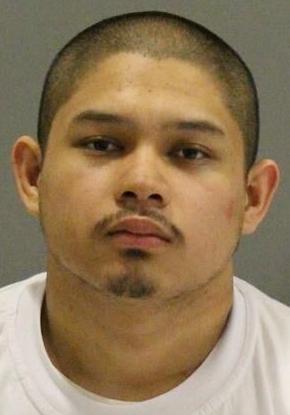