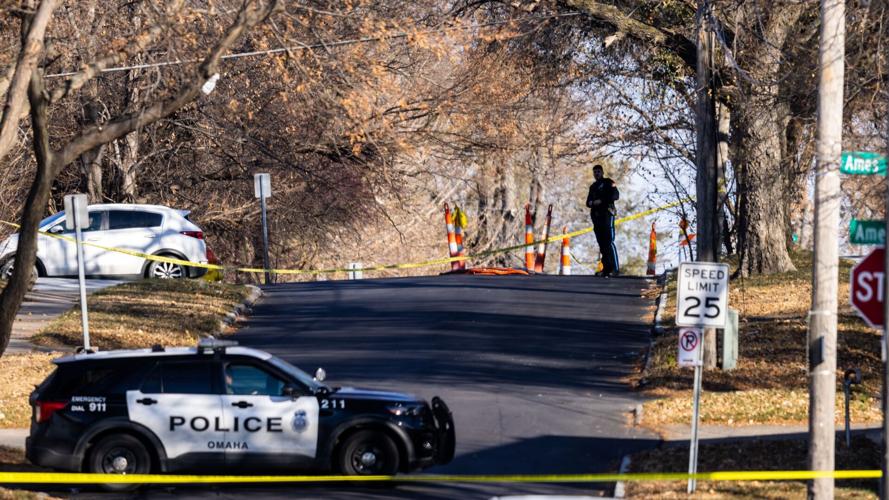 Omaha police closed off a section of Ames Avenue near 34th Street on Sunday. A 20-year-old woman died after being shot at a large gathering early Sunday at 3347 Ames Ave. 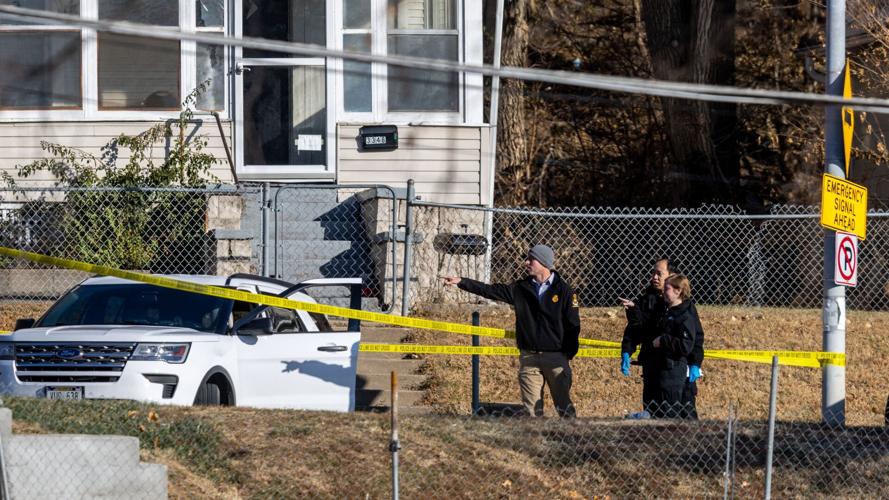 Omaha police investigate a shooting at 3347 Ames Ave. on Sunday. A 20-year-old woman died of her injuries after being taken to the Nebraska Medical Center.

A 20-year-old woman who died early Sunday after being shot at a large gathering in North Omaha had hopes of starting her own business.

Officers found Karly Wood and another person suffering from gunshot wounds after police were called to 3347 Ames Ave. at 4:08 a.m. Sunday. Wood and the second person were taken by ambulance to the Nebraska Medical Center.

Wood was pronounced dead at the hospital. Six other people at the gathering also were wounded and went to Omaha hospitals by private vehicles.

Wood had completed her shift at an Omaha bar near 74th and F Streets when she decided to go to a party, according to a GoFundMe post by Heather Chastain.

Chastain said in the post that Wood was saving to buy a house and start her own business. “Karly was charismatic, unique, and strong,” she wrote.

Autumn Wood said her sister also was working at a Target store. Karly had a talent for nail art and wanted to start her own beauty company, her sister said.

“Karly had something special, she was unapologetically her, with a heart of gold that could light up a room,” Autumn Wood said.

“To many people who were lucky enough to cross paths with her, even if in a dark place she was their light at the end of a tunnel,” Amber Wood said. “We hope people will never forget her and the confident driven spirit she projected.”

Autumn Wood said her sister was “beloved by many. She not only had dreams, but had plans to make them happen. Karly was born to stand out and she inspired others to do the same.”

“She always stood up for others and we now ask that everyone stands up for Karly Rain,” Autumn Wood said.

Omaha police on Monday released a list of the names of the other people wounded in the shooting: Tyvel Lampkin-Davis, 28; Charise Coleman, 27; Shannon Jackson, 31; Roger Dollison, 25; Ronald Arceneaux, 34; Gilbert Ledoux, 32; and Imhotep Davis, 25. They all were taken to Omaha hospitals by private vehicles, but Imhotep Davis later was transferred from Immanuel Medical Center to Creighton University Medical Center-Bergan Mercy’s trauma center.

“I have confidence in the Omaha Police Department to thoroughly investigate the shooting and provide the resources needed to ensure public safety,” she said. “The grieving family and friends of the victims deserve to know what happened.”

The investigation into the shooting is continuing. Anyone with information about this incident may contact the Omaha Police Homicide Unit at 402-444-5656, or anonymously contact Omaha Crime Stoppers at 402-444-STOP, at www.omahacrimestoppers.org or on the P3 Tips mobile app. p3tips.com Callers are eligible for a cash reward of up to $25,000 for information that leads to an arrest in a homicide.

Omaha woman took daughter for abortion, then returned her to stepdad who raped her

An Omaha woman was sentenced after taking her daughter to get an abortion then bringing the child home to be raped by the same man for the next three years.

An Omaha man will serve four months in federal prison after pleading guilty to placing a noose on a floor scrubber used only by his Black co-worker.

An arrest warrant was issued Wednesday for 47-year-old Aldrick Scott, who has been charged with Cari Allen's kidnapping and accessory to a felony, according to court documents.

Omaha police have arrested a second 13-year-old boy on suspicion of killing another teen in September.

A 13-year-old boy was arrested Monday for the September killing of Lenny Rodriguez, a 13-year-old eighth grader at Ralston Middle School.

A 22-year-old Omaha man accused of killing a 20-year-old woman in early November has been charged with first-degree murder and ordered held without bail.

With former Dodge County Attorney Oliver Glass pleading guilty to a misdemeanor this past week, the question remains: Will any of the law enforcement officials he conspired with be held liable?

Omaha police closed off a section of Ames Avenue near 34th Street on Sunday. A 20-year-old woman died after being shot at a large gathering early Sunday at 3347 Ames Ave.

Omaha police investigate a shooting at 3347 Ames Ave. on Sunday. A 20-year-old woman died of her injuries after being taken to the Nebraska Medical Center.