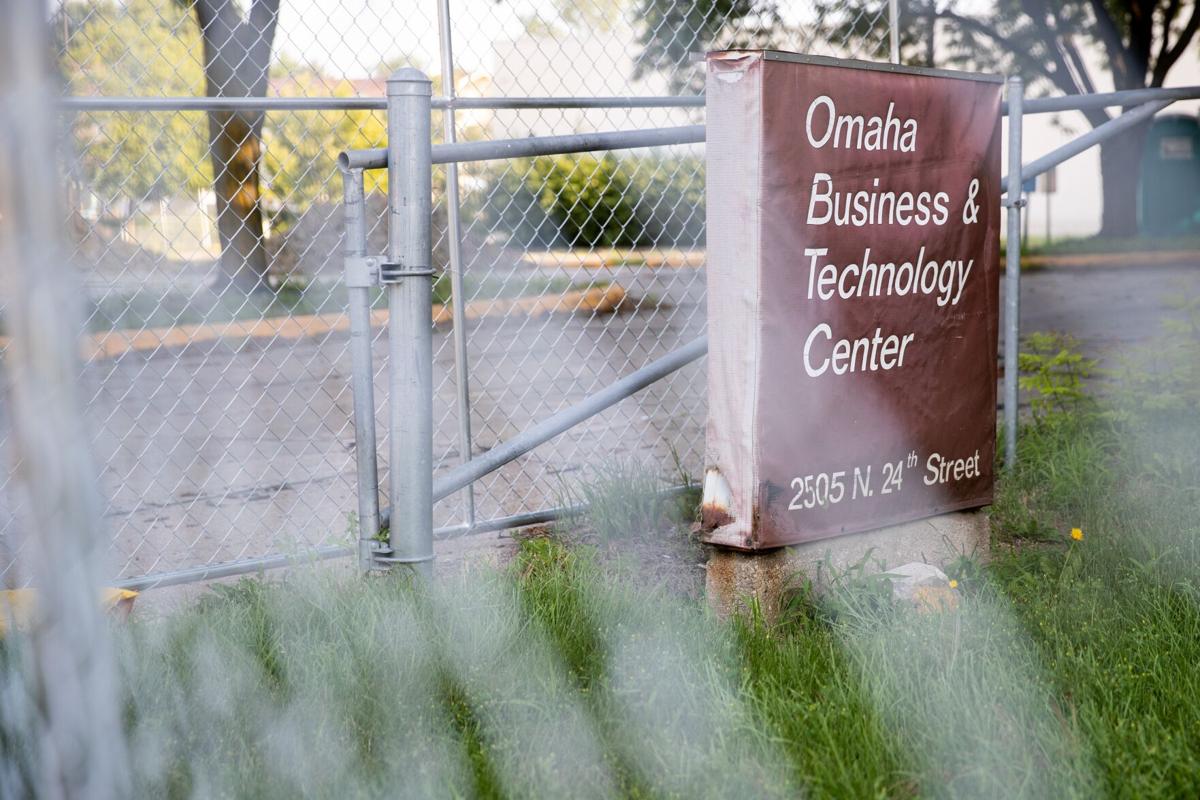 Blair Freeman, a local Black-owned firm, has erected a construction fence around the property to prepare for the demolition, which could begin in mid-July. 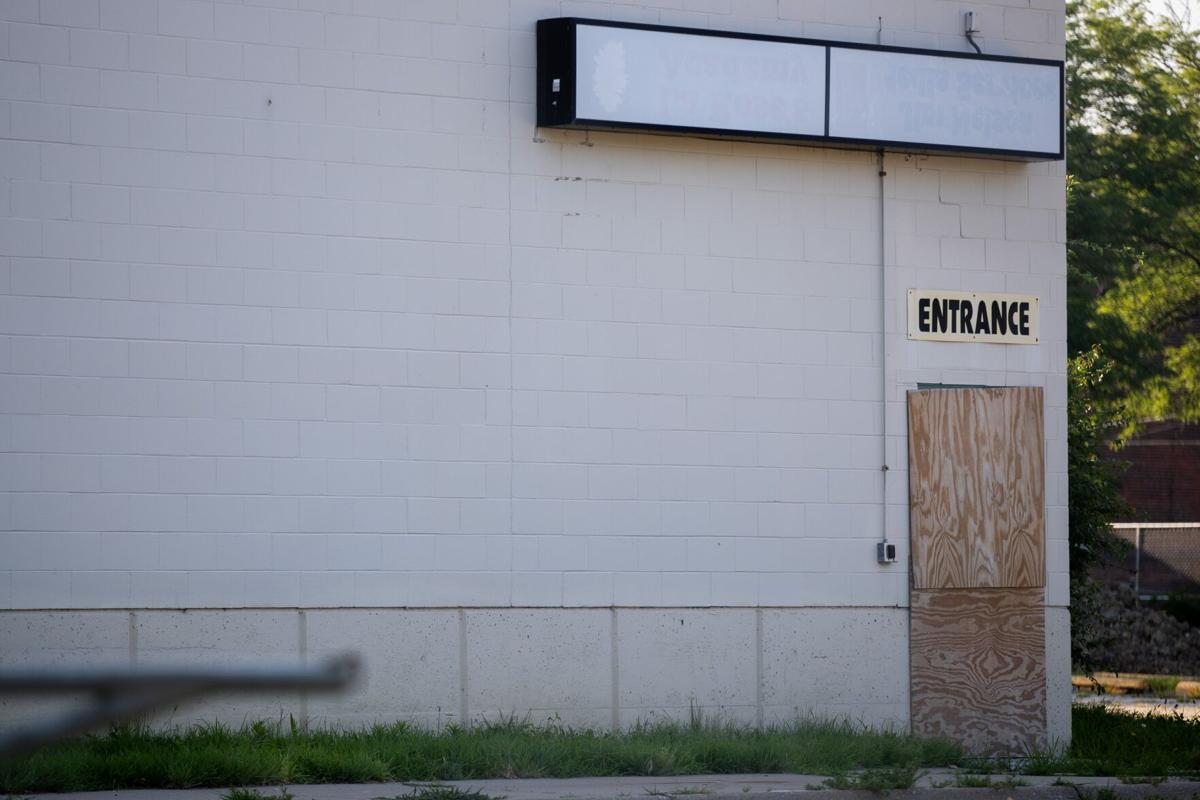 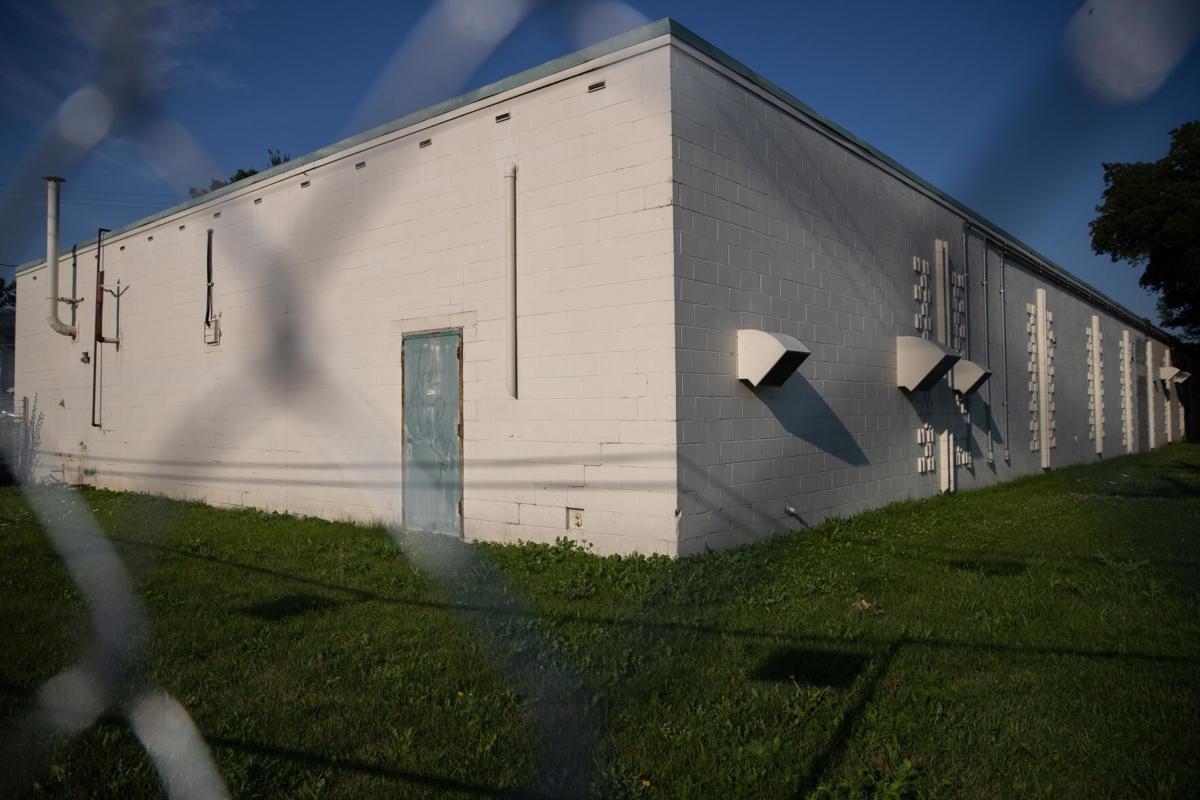 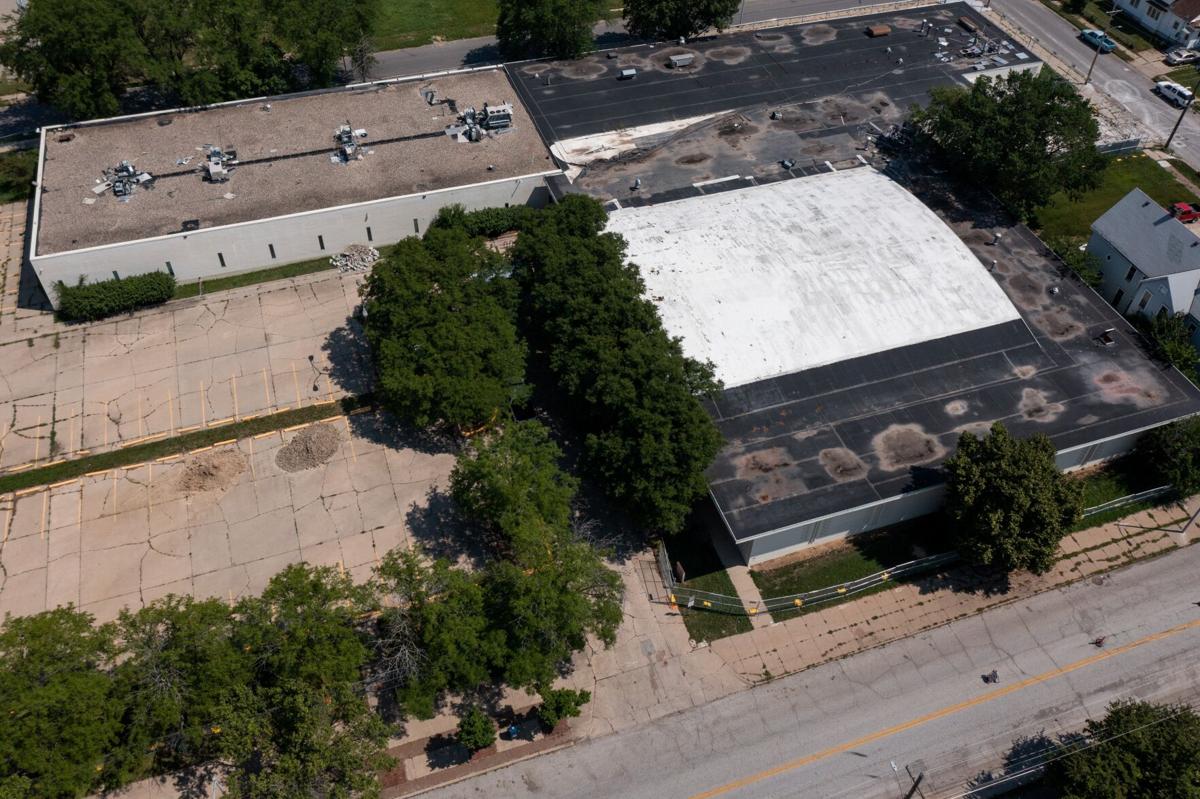 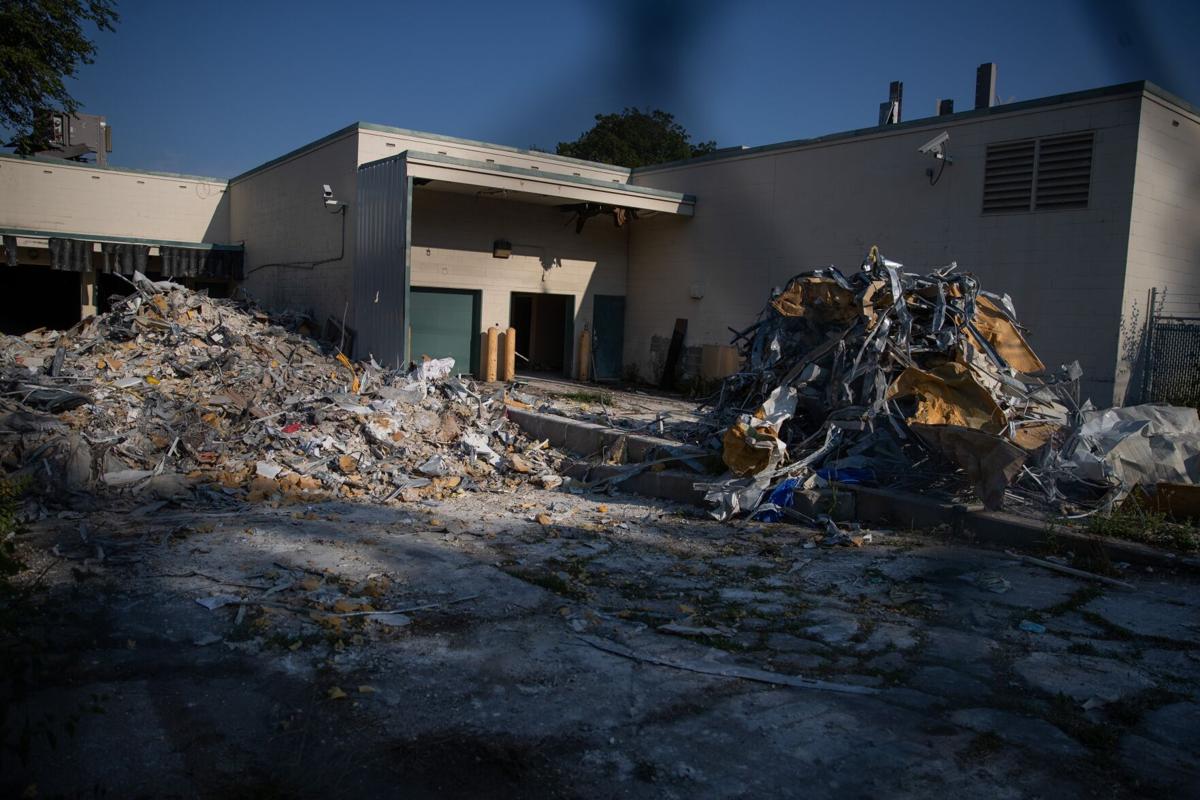 The Omaha Business and Technology buildings at 2505 N. 24th St. are set to be demolished. The former business incubator once housed a Safeway supermarket. 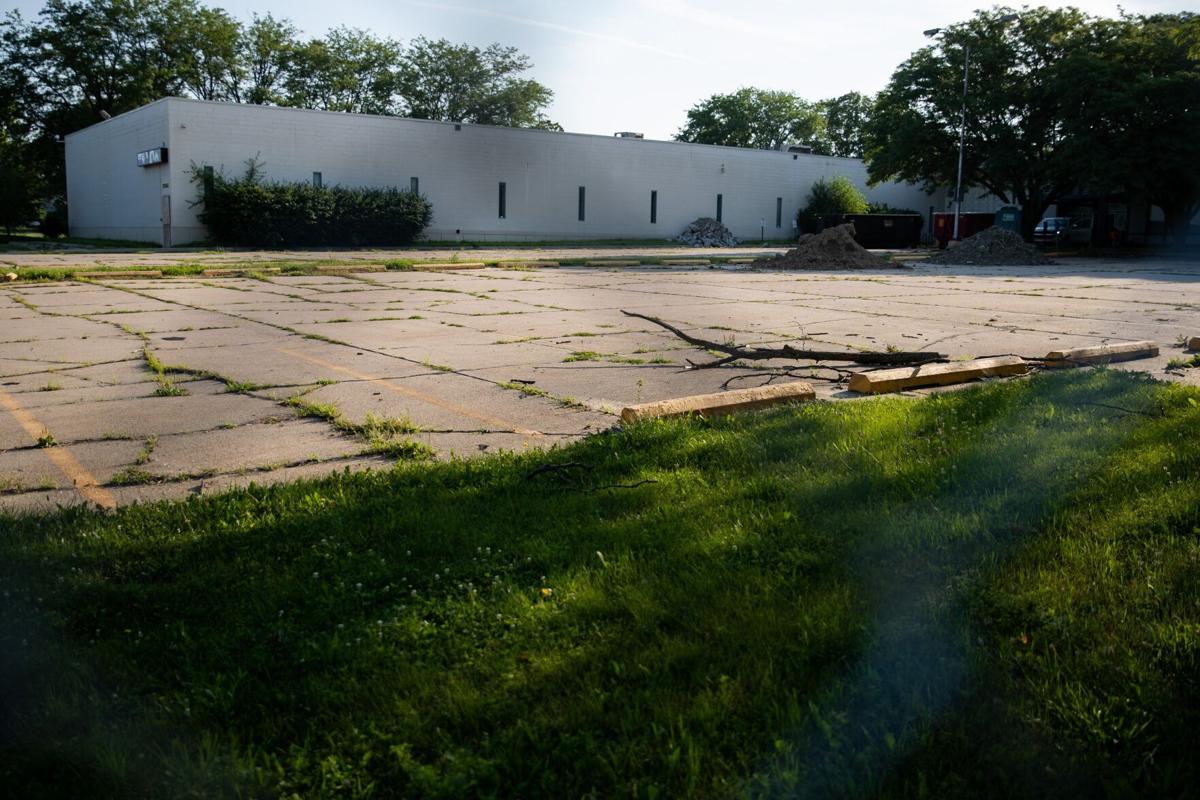 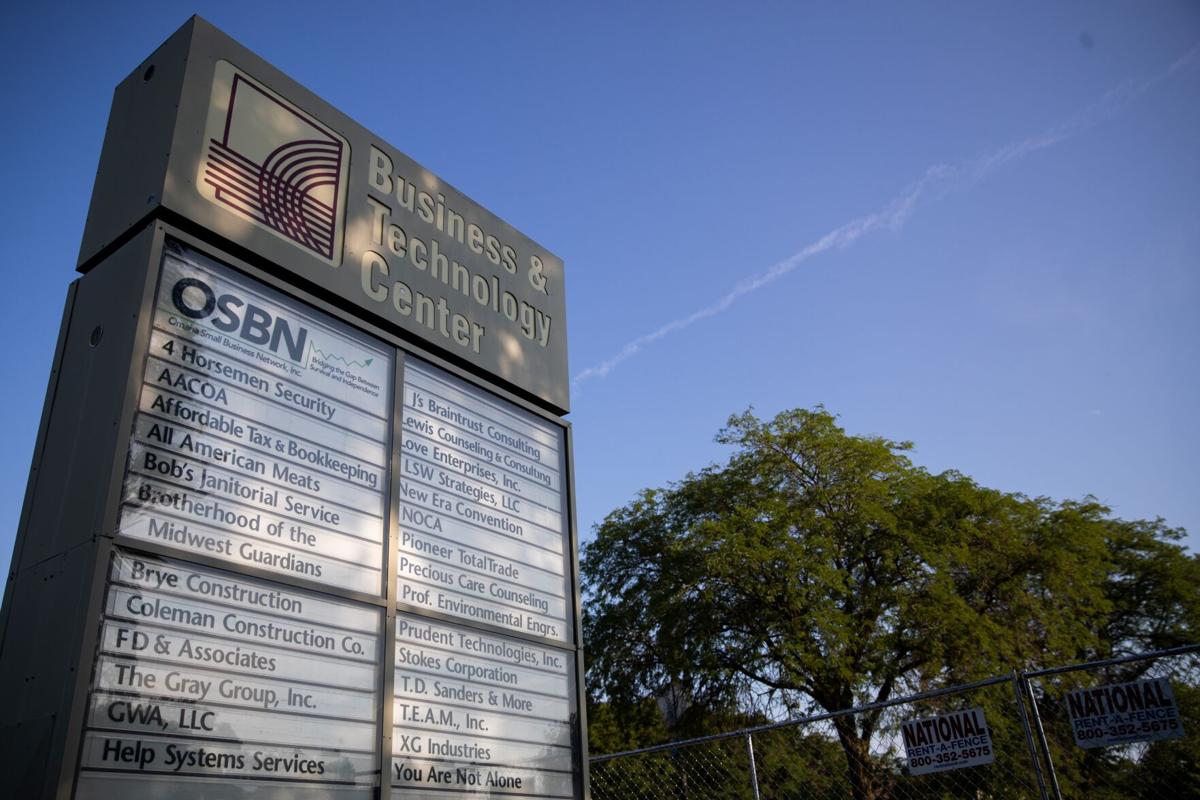 A specific proposal has not emerged for redevelopment at the site, seen as a key component of efforts to revitalize North 24th Street.

The vacant shell of a former business incubator and long-ago supermarket in the historic heart of North Omaha is about to be torn down.

Demolition of the former Omaha Business and Technology buildings at 2505 N. 24th St. could begin in mid-July, said Maranda Adams, vice president and co-owner of Blair Freeman, the construction and real estate company handling the demolition.

No specific proposal has emerged for redevelopment at the site, which forms the northeast corner of 24th and Lake Streets and is seen as a key component of current efforts to revitalize North 24th Street. The buildings and parking lot on the corner are owned by Seventy Five North Revitalization Corp.

The nonprofit developer, which is doing the Highlander redevelopment along North 30th Street, bought the 24th and Lake property for $1.45 million from Omaha Small Business Network Inc. in 2019. The sale price provided the struggling network with enough money to pay back the City of Omaha for federal grants that the city had spent on redeveloping the grocery store into a business incubator.

Blair Freeman, a local Black-owned firm founded and led by Adams and Ashley Kuhn, has been hired to handle the demolition. Blair Freeman also will lead the planning and execution for redevelopment of the 24th and Lake site, Kuhn said in a video that Blair Freeman posted in June on its social media.

Kuhn, president of Blair Freeman, said in the video that “extensive exploration, both physical and conceptual,” had shown that the cost to save the building “would far exceed the benefits that we as a community could get out of its use.” The buildings have suffered from water intrusion, mold, fire and “years of deferred maintenance,” the video says.

The buildings were briefly home to a Safeway supermarket in the 1960s. The small-business incubator was housed there for about 40 years, although its activity had dwindled and the buildings had fallen into disrepair by the time the Omaha Small Business Network left about two years ago.

Seventy Five North has no plans to redevelop the site itself, said Cydney Franklin, president and CEO of the corporation.

“It’s a little outside of our scope,” she said.

The corporation is working with stakeholders in the North 24th Street corridor, Franklin said, and would be supportive of an entity that would redevelop the site into something that complements what’s already there in the neighborhood and fits with concepts that have come out of such studies as Forever North and the North Omaha Village Revitalization Plan.

The Forever North study proposes a mixed-use development on the corner, perhaps four or more stories tall. It could include businesses, arts and festival space, and apartments, according to Forever North documents. The plan envisions a frontage much closer to the street than the current structures, which sit back from the street, behind a large parking lot.

Blair Freeman erected a construction fence in June around the property to prepare for the demolition, according to Blair Freeman’s video. The parking lot will be left intact through the summer to allow for flexibility during such community events as Native Omaha Days, scheduled for July 26 through Aug. 2.

Adams said she and Kuhn posted the video so people would understand why the fence is being erected and to keep them informed. She said they’ll keep the community informed about planning and opportunities for public engagement.

“Everybody’s excited to see something new, to see development, to see things happening,” Adams said. “Blair Freeman is just excited to be a part of it.”

In the Redefining Downtown series, Cindy Gonzalez examines Omaha’s major redevelopment efforts over the past 50 years: How we got here, how it worked out, and where we are going.

At some points during the past year, the mall’s flat, bare dirt expanse looks surprisingly close to the way it appeared in a 1975 photo, after crews removed the buildings but before they dug a lagoon.

When a historic building in downtown Omaha was about to be razed in 1988, preservationists were able to save its facade for future use. Three decades later, where did the Scribbles facade go?

Why is a vibrant downtown important for Omaha?

Hubs of commerce, housing, offices and entertainment are growing across the city. Given such thriving activity outside Omaha's urban core: Why is it so important to have a vibrant downtown anyway?

Conagra wasn't the first or the last time that Omaha's corporate powers have flexed their muscles to shape downtown. But the effort stands out because it involved the destruction of Jobbers Canyon.

Today, Omaha's 16th Street corridor is but a shadow of its heyday. Department stores of yesteryear have been replaced by stretches of parking garages and aging structures. Not all is bleak, though.

Chances are only a fraction of people may be aware of the history behind the downtown Omaha monuments that adorn the busy crossroads where Abbott Drive meets Cuming and 10th Streets.

The historic area stands out also because early growth of Omaha's Old Market was steered privately by the Mercer family, which owned a sizable chunk of the properties.

Housing is a dominant driver of construction in downtown Omaha, historically the base for department stores and corporate employers. The hope is that the energy also reignites the downtown job market.

An Omaha landmark, the former leather supply building at 714 S. 15th St., has been turned into five contemporary homes covered with the original 1910 brick skin and other vintage features.

The 15-acre complex will soon be wiped clean. Rising in its place will be a much different scene: a mixed-use site filled largely by luxury apartments along with commercial and entertainment venues.

The mural will be near the northern end of the planned North Omaha Trail, and several more murals along the trail are expected to celebrate the community's art, history and culture.

Nebraska nonprofits surveyed said they anticipate losing a combined $15.5 million in 2021 due to the effects of COVID.

Blair Freeman, a local Black-owned firm, has erected a construction fence around the property to prepare for the demolition, which could begin in mid-July.

The Omaha Business and Technology buildings at 2505 N. 24th St. are set to be demolished. The former business incubator once housed a Safeway supermarket.

A specific proposal has not emerged for redevelopment at the site, seen as a key component of efforts to revitalize North 24th Street.