A long career in politics and community service began for Inez Boyd in 1970, when a little girl was struck by a car while crossing a street near a Bellevue elementary school.

“Mom knew a lot of people in our neighborhood, and she started working right away to get (a pedestrian) overpass put in there that’s still in use today,” said Boyd’s eldest daughter, Victoria Boyd-Kennedy. “She loved people and cared for people, not just her own family.”

Boyd, 85, died Saturday while in hospice care in Columbia, Missouri, where Boyd-Kennedy lives. A private funeral service will be held at noon this Saturday, with a public memorial ceremony at a later date.

The successful campaign to get an overpass built near Birchcrest Elementary School began just four years after Boyd and her veterinarian husband, Dr. Jim Boyd, moved to Bellevue. In 1972, Boyd became the first woman elected to the Bellevue City Council.

In 1986, Boyd became the first woman elected mayor of Bellevue. She held that office until 1998. After leaving that post, she served as a Sarpy County Board member for eight years, during which time she worked to attract Cabela’s and PayPal to La Vista.

In 2017, the Bellevue Community Foundation dedicated the Inez Boyd Fountain at the American Heroes Park. During that ceremony, then-Mayor Rita Sanders saluted Boyd for steering Bellevue as it became Nebraska’s third-largest city.

“As a member of the Bellevue City Council and as mayor, Inez Boyd guided Bellevue through some dramatic growth,” Sanders said then. “The completion of the Kennedy Freeway and her consistent annexation policy brought a new energy to the city of Bellevue, and the population nearly doubled.”

The Boyds, with Inez working as bookkeeper, established the Bellevue Animal Hospital in 1963.

Boyd-Kennedy said she and her siblings, Kristen Boyd-Sullivan of Huntersville, North Carolina, and Curtis Boyd of Albuquerque, learned from their parents that rules were meant to be kept, not broken. They couldn’t skip school or lie, she said.

“They taught us that integrity means something and that being truthful means something,” Boyd-Kennedy said. “If you have any doubts about whether something is wrong, then it is wrong.”

Integrity was especially important for Boyd in politics, where she was a champion of women’s rights, including abortion rights, her daughter said. Many times, she said, Boyd returned campaign donations because she disagreed with the positions of donors, including groups that opposed abortion.

Boyd took up golf as mayor, her daughter said, because many of her male colleagues were getting together on Friday afternoons for “working golfing sessions.” She served as president of the League of Nebraska Municipalities and also lent her support to many nonprofit organizations, including the Girl Scouts of America, the United Way, the American Red Cross and the Nebraska Literacy Association.

“She taught us it was important to care for our community,” Boyd-Kennedy said. “To be concerned about your community means that we recognize there’s something bigger than us.”

In addition to her children and four grandchildren, Boyd is survived by sisters Waneta Jones of Loring, Kansas, and Virginia Poindexter of Overland Park, Kansas.

Theodore "Ted" Hazer had a heart to serve, his family said, whether as a member of the Marine Corps during World War II, an FBI field agent, a real estate developer or a charity fundraiser.

A 52-year-old woman died early Sunday in a house fire in southwest Plattsmouth.

Jan Vala made everyone feel 'like you were her best friend'

Friends and family honored the life of Jan Vala Thursday. The late matriarch of Vala’s Pumpkin Patch was known for remembering each employee's name, including the hundreds of new hires made each fall.

Gayard Nygren, 86, never lost his love for fun and a good laugh. The lives of his family were shaped by his unwavering example of living well and doing right.

The fountain at American Heroes Park dedicated in honor of Boyd. 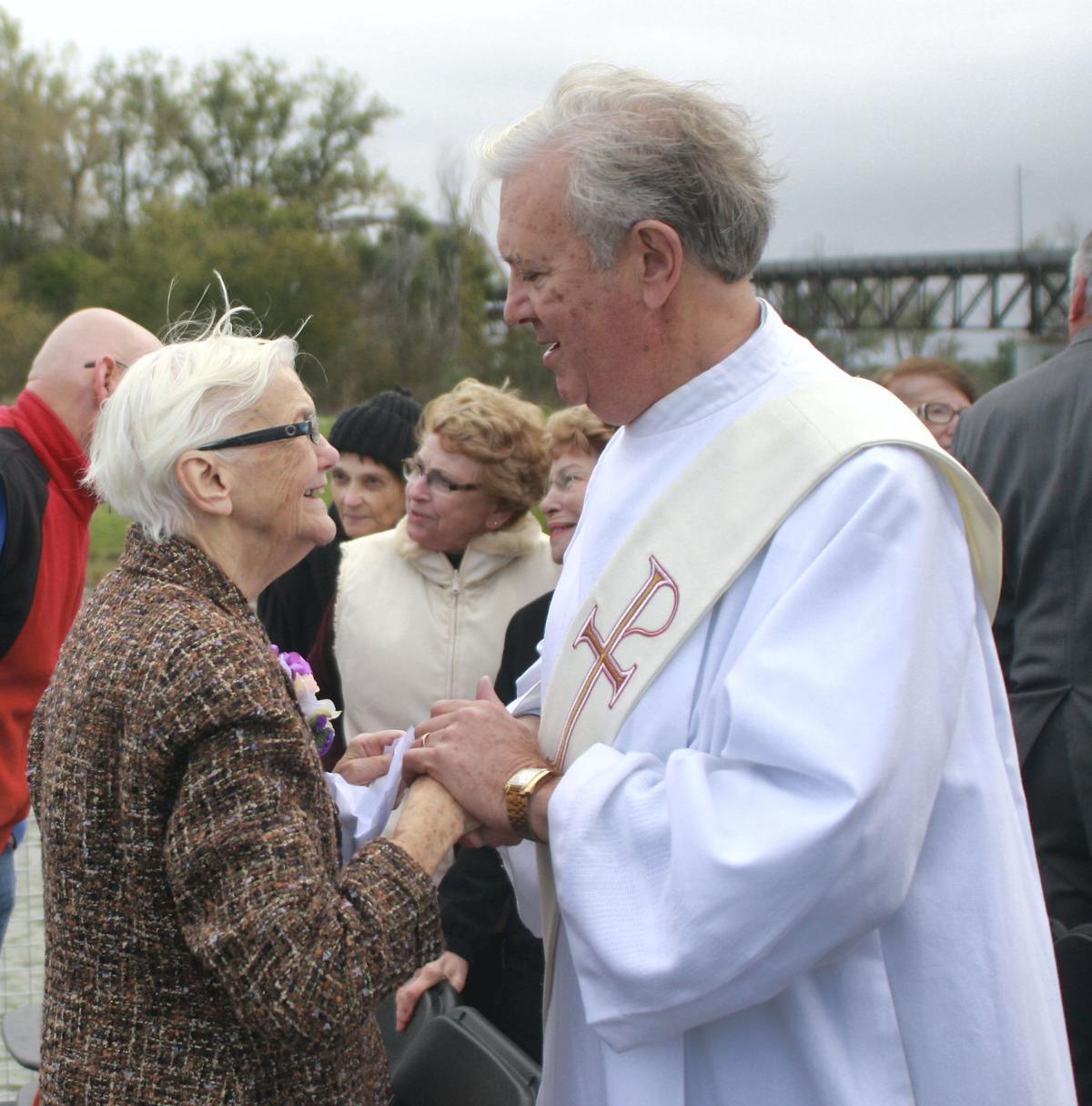 Lee Mayhan thanks Inez Boyd during a 2017 fountain dedication ceremony in Boyd’s honor at American Heroes Park. Boyd appointed Mayhan to the Bellevue Planning Commission while she was mayor of Bellevue.