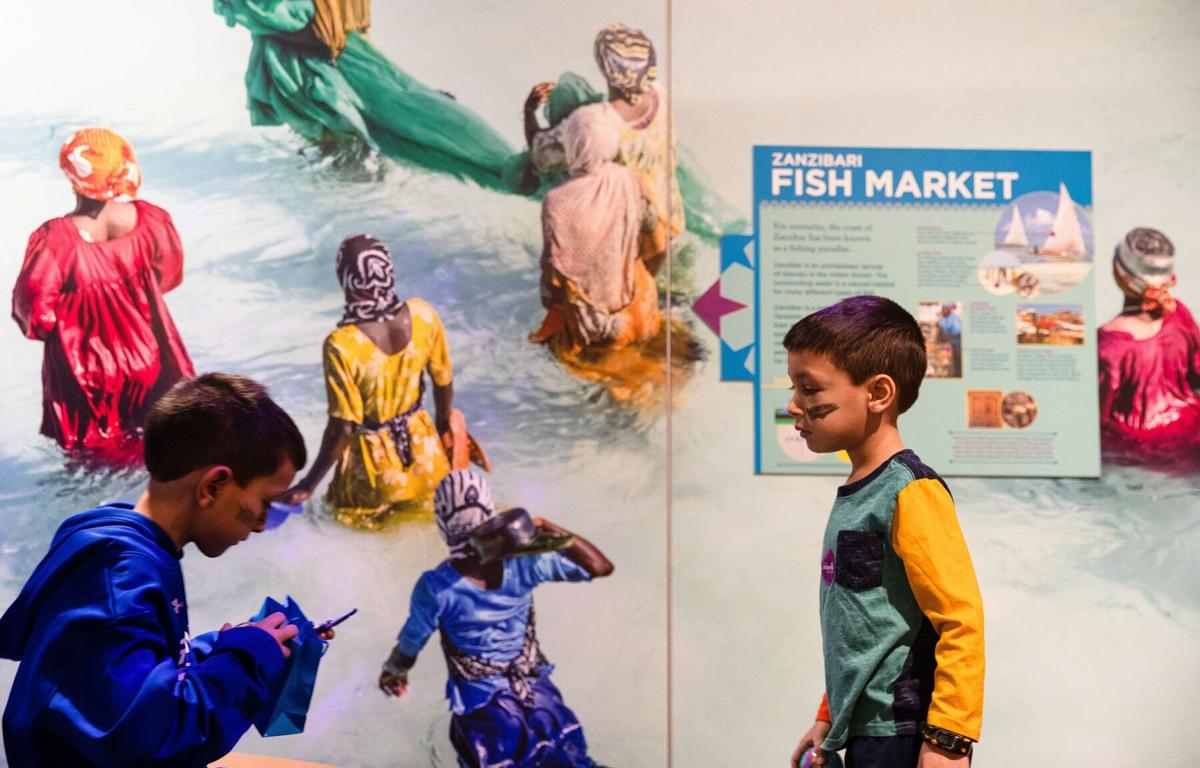 The Omaha Children's Museum has a three-year diversity plan, which includes figuring out ways it can be more accessible to minorities, people with special needs and low-income families. 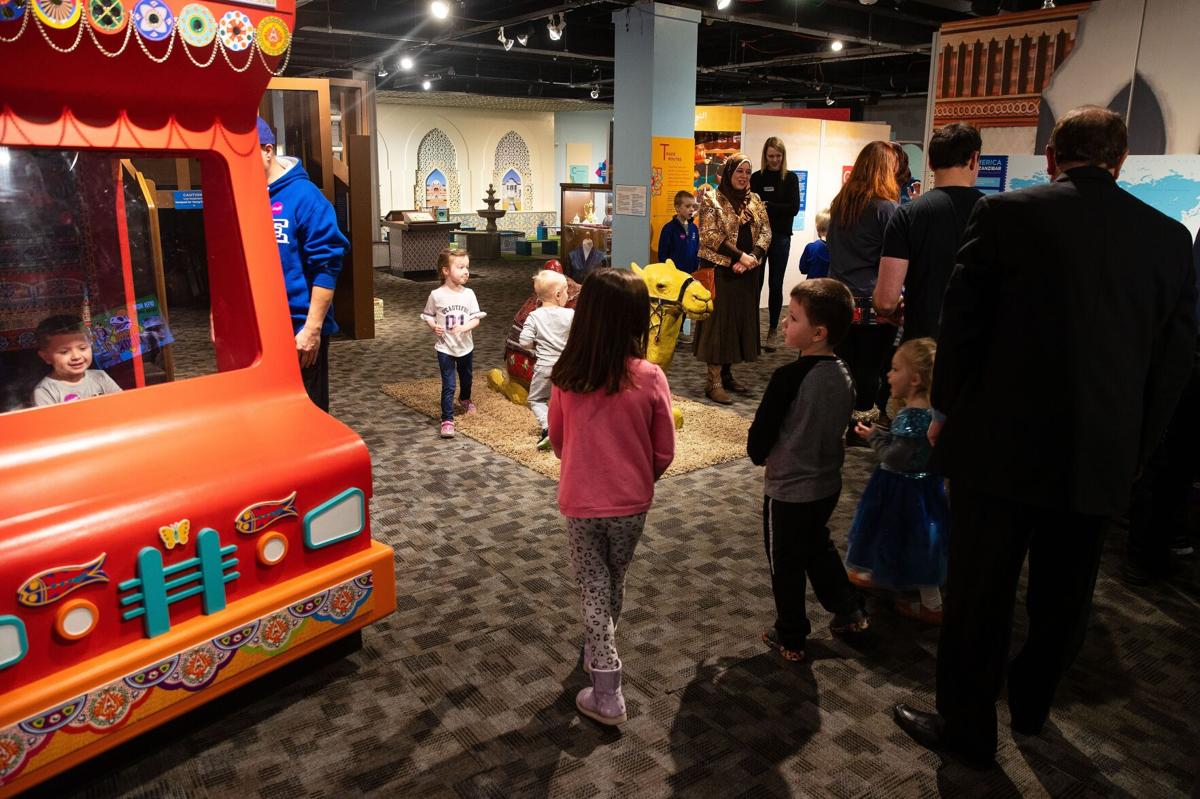 Cruz Cabrera de Ortiz, the new director of diversity and inclusion at the Omaha Children's Museum, plans to work with community partners and other to increase the museum's visibility in the community. 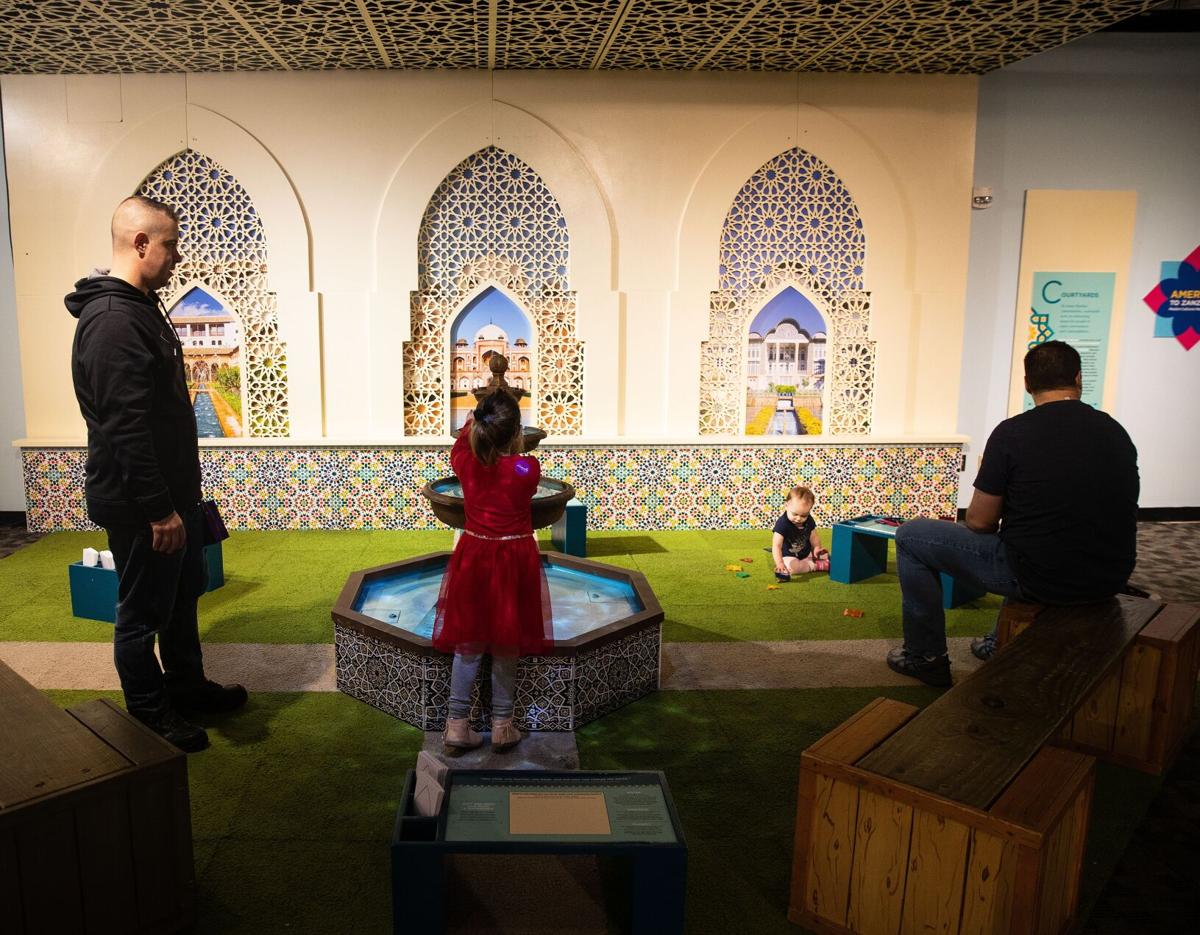 Exhibits that highlight other cultures are among the ways the Omaha Children’s Museum strives to be more inclusive and accessible. 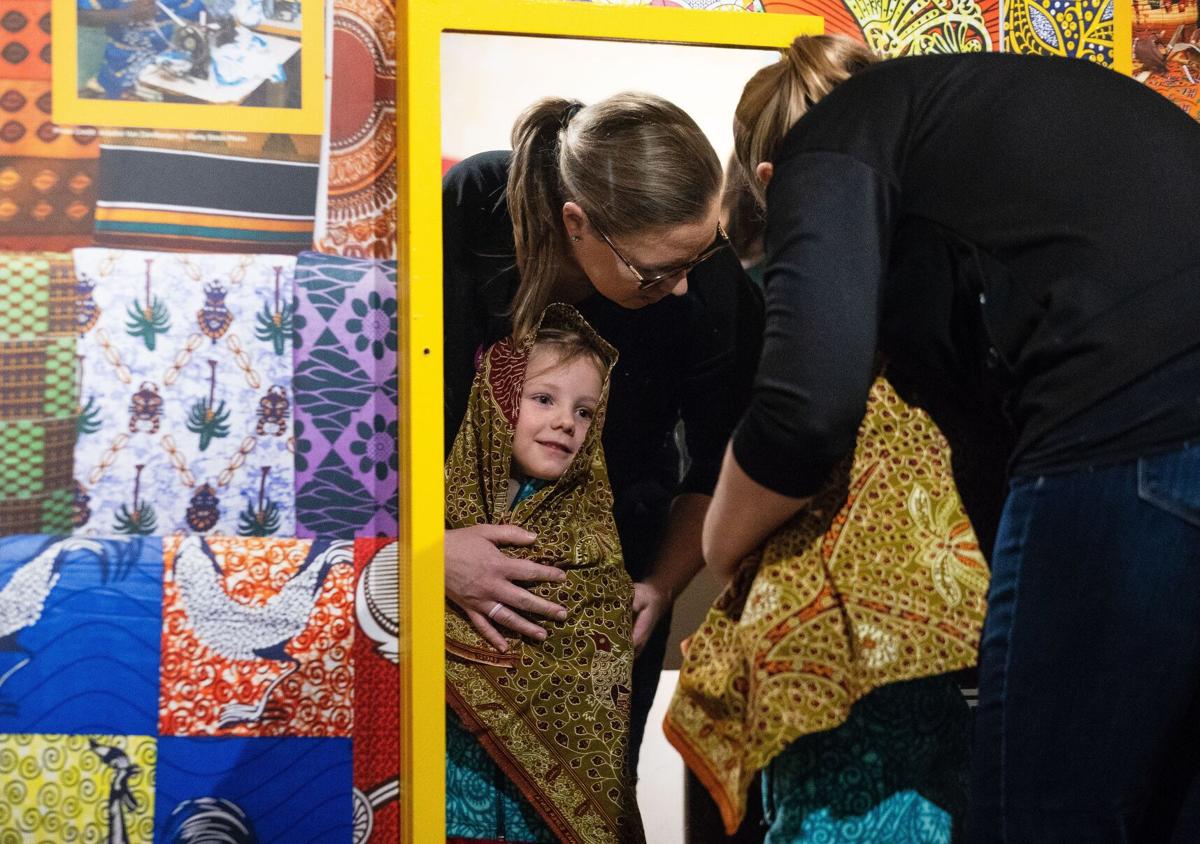 Leadership and board members at the Omaha Children’s Museum used the pandemic as a chance to create a three-year strategic plan that includes diversity and inclusion initiatives. Here, visitors enjoy a special exhibition about another culture.

The Omaha Children’s Museum has a new director of diversity and inclusion.

At the Omaha Community Playhouse, the new director of community engagement and inclusion starts this month.

And other arts and entertainment nonprofits across the Omaha metro area — and the country — have launched programming and initiatives that are designed to reach constituents who have been under-represented, including people of color, the differently abled, the LGBTQ community and others.

Such efforts have been going on for some time, but nonprofits have become increasingly active in the area of diversity, equity, access and inclusion since the death of George Floyd last summer.

“During the nationwide social justice/Movement for Black Lives protests in early summer 2020, Joslyn’s curators realized that interpretation was an area in which we were falling short,” said Karin Campbell, the museum’s Phil Willson Curator of Contemporary Art.

“Omaha Speaks acknowledges that bringing other voices into the conversation is essential in working toward our goal of ensuring that Joslyn is a place where all people feel that their voices are represented,” she said.

Some nonprofit directors say they have had more time to think about the diversity and inclusion issue during the pandemic.

One is Lindy Hoyer, executive director of the Omaha Children’s Museum. She said she and her board realized last summer that their strategic plan was outdated and that downtime during COVID-19 was the perfect opportunity to retool it.

“When nobody has access (due to closing), you really start to think about what that means,” she said. “Do we want to come back and be the same children’s museum, or do we want to look at diversity ... and how do we create a more inclusive environment not only at our museum, but outside our walls.”

That’s where Cruz Cabrera de Ortiz comes in. She has been the museum’s director of diversity and inclusion for about three weeks and has a background in working with diverse populations.

In Arizona, for example, she worked with the rural poor, Native Americans and those in the inner city through a SNAP education program.

She said she also taps into her childhood experiences as the daughter of Guatemalan immigrants in Lexington, Nebraska.

Cabrera’s goal for her first nine months is to increase the museum’s impact and visibility beyond its walls. She plans to spread the word at health fairs, school carnivals and other community events, “reaching people we’ve never reached before.”

More than ever, Easter is a new beginning for many in Omaha area this year

She also hopes to take museum programs to neighborhoods, day care centers and parks to increase access to everyone.

“My passion is people, serving people in any way I can,” Cabrera said. “When I saw the Omaha Children’s Museum position open up, I thought ‘Wow, what a great way to serve the Omaha community.’”

The creation of Cabrera’s job is part of a three-year diversity initiative, Hoyer said. It also includes recruiting people of different backgrounds, talents, faiths and ethnicity for the museum’s board of directors.

The museum now is more diverse than it has ever been, she said. The current president, Sherman Willis, was the only person of color on the board five years ago.

“In my 19th year here, I can tell you that I am feeling like we are in a really confident place to achieve these ambitious goals,” Hoyer said.

The Playhouse, meanwhile, has hired Kathy Tyree as its director for community engagement and inclusion, a new position.

Executive director Katie Broman said Tyree, a longtime Omaha actor and director, is a natural for the job. Tyree has been in a variety of Playhouse shows and is directing the musical “Ain’t Misbehavin’” there this spring.

Tyree also has been participating in the Voices Amplified initiative with Omaha Performing Arts.

Broman said she has asked Tyree to study “We See You, White Theater,” a 31-page document that calls for the restructuring of the American theater industry, and suggest ways the Playhouse could make some of the changes it recommends.

“I’m looking forward to the joy of working from my passion place every day,” Tyree said in a statement on Facebook. “This includes being a part of a necessary and meaningful organizational shift into increased community engagement, inclusion and equity.”

“We wanted to recognize the work she was doing,” Squires said. “With her leadership, we have been able to expand training in diversity, inclusion and accessibility across the board.”

Scott, who joined the organization about seven years ago, started Voices Amplified last fall with vice president of programming and education Andy Cassano.

The initiative has brought a number of Black artists to Omaha and offered engaging educational programs linked to their performances, working with community partners such as Tyree, the hunger-fighting group No More Empty Pots, actor Raydell Cordell III and more.

“The events surrounding George Floyd and the civil unrest helped to inspire the series, certainly,” Scott said. “Like most organizations, we put out a statement that said Black Lives Matter, but we didn’t want to just put it out there and leave it. We wanted to put action behind it.”

Other arts news includes the return of the Renaissance Festival of Nebraska, a play opening at the Blue Barn Theatre and a livestreaming platform for the Omaha Symphony.

Nonprofits will use “Volun-Thursday” during Do Good Week for online training and recruiting and activities that will bring people to their buildings, perhaps as a permanent volunteer.

Hard Rock Hotel & Casino will be presenting "Uncaged: The Untold Stories from the Cast of Tiger King" live in June.

The Omaha Children's Museum has a three-year diversity plan, which includes figuring out ways it can be more accessible to minorities, people with special needs and low-income families.

Cruz Cabrera de Ortiz, the new director of diversity and inclusion at the Omaha Children's Museum, plans to work with community partners and other to increase the museum's visibility in the community.

Exhibits that highlight other cultures are among the ways the Omaha Children’s Museum strives to be more inclusive and accessible.

Leadership and board members at the Omaha Children’s Museum used the pandemic as a chance to create a three-year strategic plan that includes diversity and inclusion initiatives. Here, visitors enjoy a special exhibition about another culture. 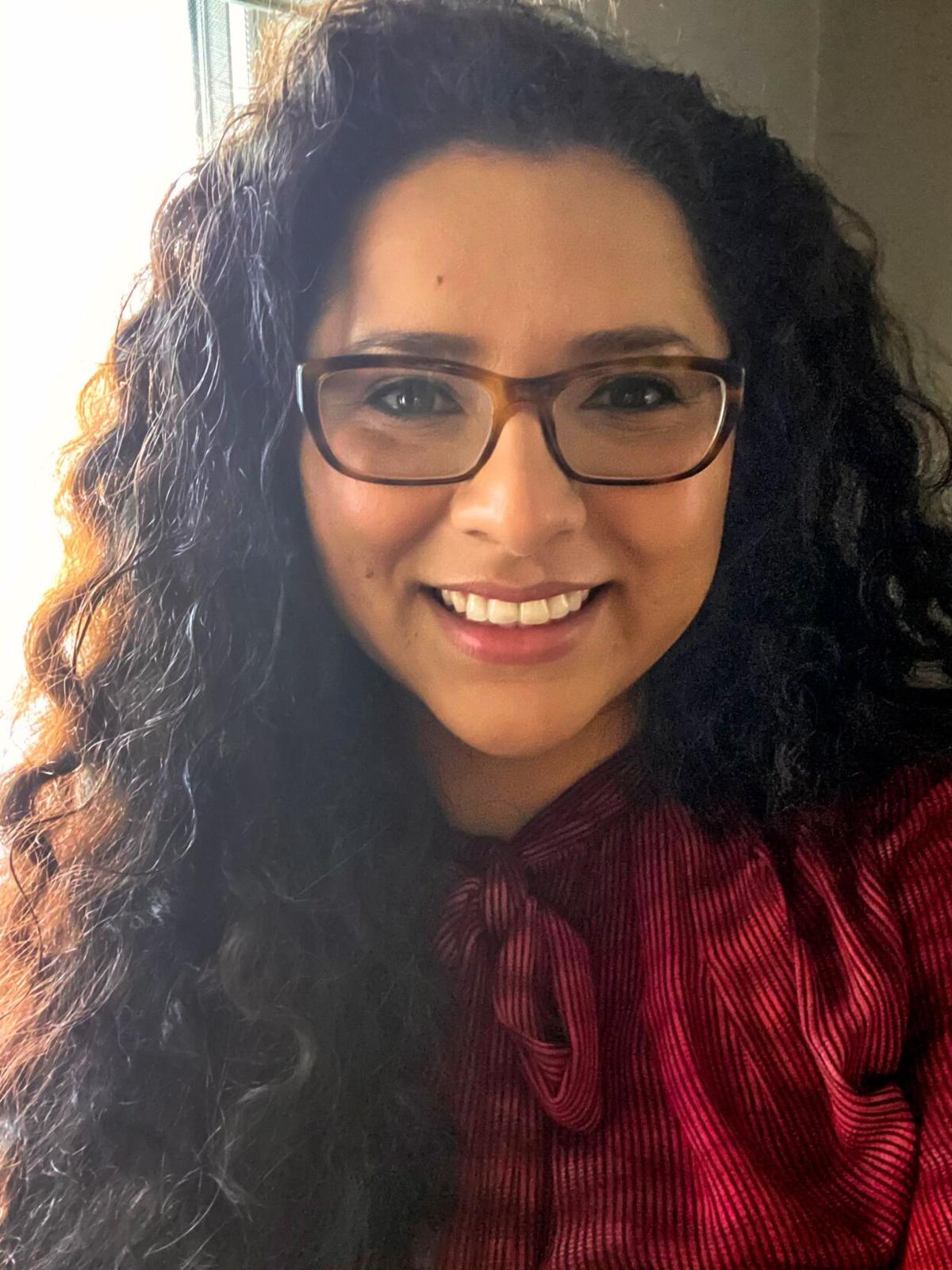