Packers vs. 49ers: Updates and scores from the NFL playoffs

Douglas County may add $10 million to justice center, but some want pandemic relief instead
0 Comments
Share this
1 of 2 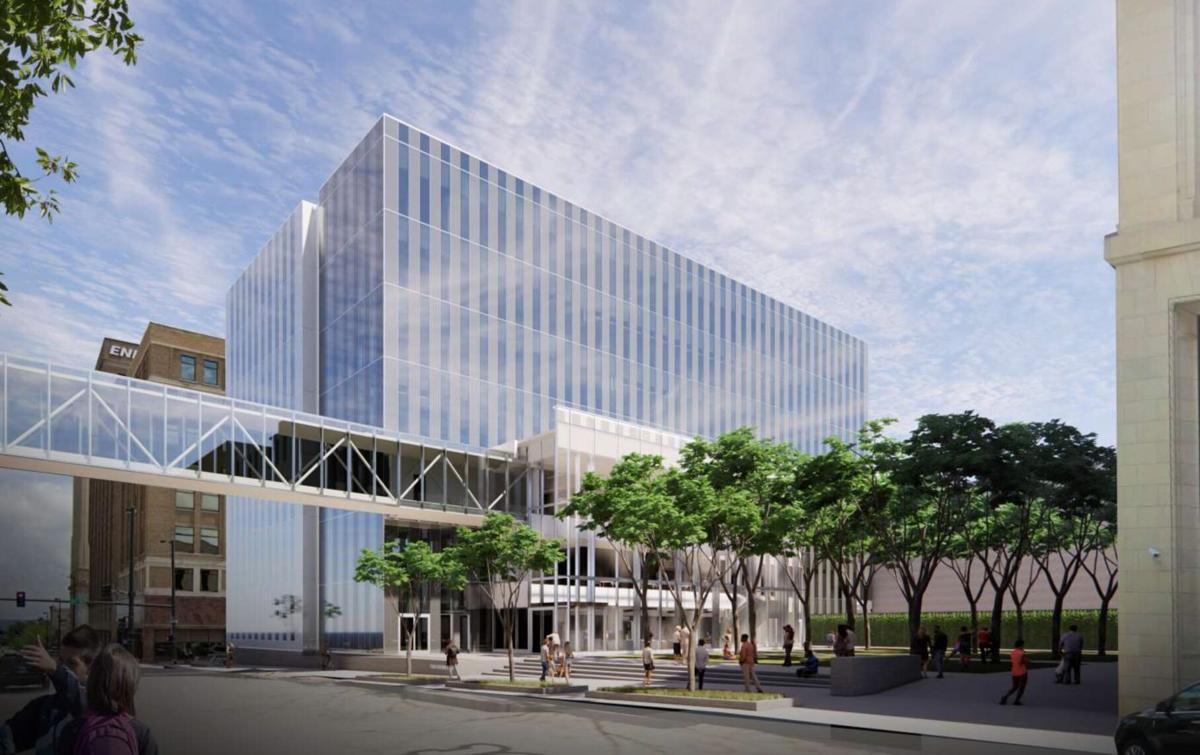 Some Douglas County board members want to allot an additional $10 million to the downtown justice center project, seen in this rendering. 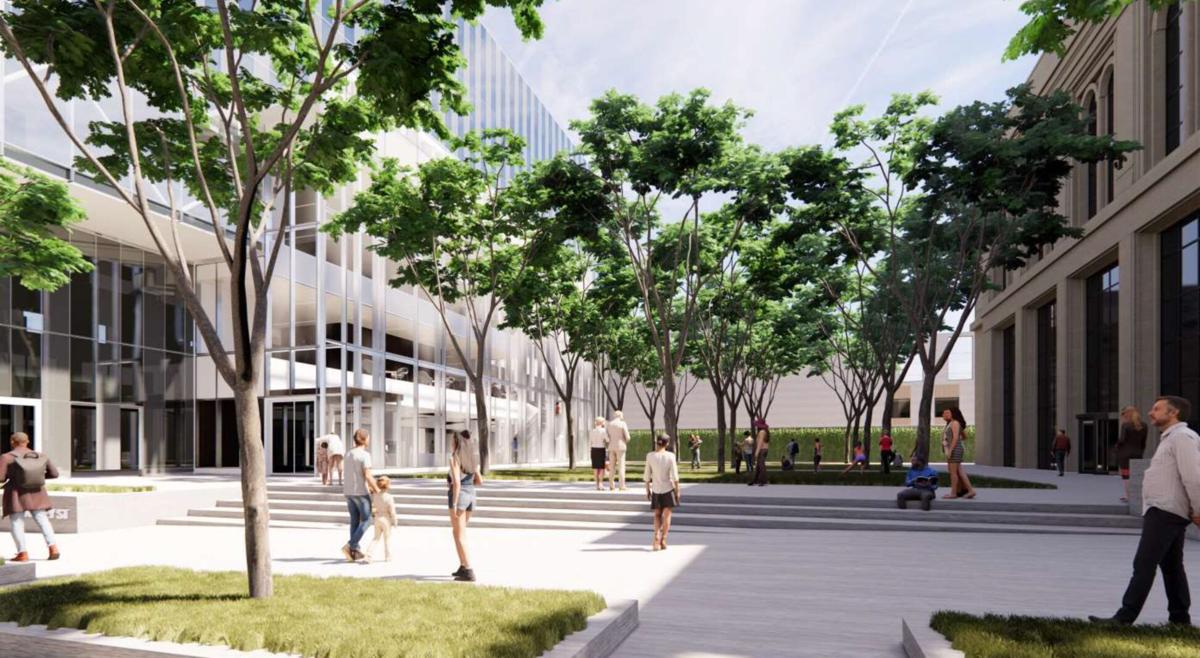 Outgoing Douglas County board members Clare Duda and Marc Kraft are pushing for an extra $10 million for the downtown justice center project. They say the money is needed to incorporate design changes spurred by the coronavirus pandemic and bridge a financial gap created by a delayed construction schedule.

Supporters of Douglas County’s controversial $120 million downtown justice center say the project needs another $10 million to incorporate design changes spurred by the coronavirus pandemic and to bridge a financial gap created by a delayed construction schedule.

Outgoing board members Clare Duda and Marc Kraft joined top officials who work in Douglas County’s court system Friday to argue that the money is needed to fully fund the project and ensure that the new courthouse annex and juvenile detention center are built to the highest safety and design standards.

“We have a once-in-a-generation opportunity here to add on to our 108-year-old courthouse, which has served us very well, but it’s woefully inadequate,” Duda said at a press conference.

The request is likely to spark a battle at Tuesday’s County Board meeting, when members will vote whether to allocate the money. Duda and Kraft leave office after Tuesday’s meeting.

Board members Mike Boyle and Jim Cavanaugh voiced their opposition to the extra $10 million after the press conference. They said the $10 million could be better spent helping people who are struggling during the pandemic.

The money would come from the county’s general fund reserve, which has received $26 million through the federal coronavirus relief bill. That $26 million is a reimbursement for the March, April and May salaries of the county’s public health and public safety employees.

So while those funds came from the Coronavirus Aid, Relief and Economic Security Act, they can be used for anything, Duda said.

“These are county general fund dollars,” he said. “They may have originated at the CARES Act, but they’ve already been through the reimbursable expense process.”

Boyle said the money should be used for rent or food assistance.

“You can call it what you want, but it’s CARES Act money, and it’s intended to help people who are in trouble,” he said.

Cavanaugh called Duda and Kraft “lame duck” board members and said the board should wait until its new members take office to make decisions about how the county spends money.

Duda said it’s the responsibility of the federal government to approve another aid package for those struggling during the pandemic. Or, he said, the next iteration of board members could decide to reverse course if the board indeed greenlights the $10 million.

“All I can do is make sure that as I ride off into the sunset, this project is made whole,” he said. “If they want to do something to change that, that’s their prerogative.”

Of the $10 million, about $7.1 million would go to higher costs associated with a 20-month delay in the start of construction, said Bruce Carpenter of HDR, the architecture firm behind the project.

The project faced delays after a lawsuit questioned the legal authority and financing for the work. A judge dismissed that lawsuit in January, and initial work on the project began in August.

Almost $3.4 million would go toward altering the design of the justice center to make adjustments related to the pandemic, including a larger lobby and conference rooms, touchless hardware and antimicrobial surfaces.

Asked whether the additional cost could exceed $10 million, Carpenter said project leaders have “a lot more certainty” at this stage. A guaranteed maximum price for the project will be submitted later this month, he said.

Board members Clare Duda and Marc Kraft cite legal delays that subjected the project to higher inflationary costs and design changes spurred by the pandemic.

At least two new Douglas County Board members will be elected next month; major campaign issues include county spending and juvenile justice.

The writer is a member of the Omaha City Council, representing District 2.

Editorial: Douglas County must fulfill its obligations to make justice center a success

Douglas County has big responsibilities to properly prepare for a successful launch of the new juvenile facilities. It's imperative, for example, that the county makes sure it has adequate rehabilitation services ready once the justice center construction is complete.

The County Board and Omaha City Council voted Tuesday to approve the terms of the bond sale.

A judge found that the proposed $120-million complex is a joint use of the city and county, thus rejecting the main argument of the plaintiff, David Lanphier.

Omaha-area snowstorm moves east, leaving behind the crabby and the sunny

The National Weather Service doesn't see another snowstorm descending on the Omaha area for at least a few days.

The Douglas County Board voted Tuesday to allocate $10 million to its controversial justice center construction project with money from their federal COVID aid.

How could your holiday packages be delayed?

Time is running out for people hoping to have cards or packages delivered in time for Christmas. The Postal Service advises mailing items as soon as possible.

Some Douglas County board members want to allot an additional $10 million to the downtown justice center project, seen in this rendering.

Outgoing Douglas County board members Clare Duda and Marc Kraft are pushing for an extra $10 million for the downtown justice center project. They say the money is needed to incorporate design changes spurred by the coronavirus pandemic and bridge a financial gap created by a delayed construction schedule.