On a recent afternoon in early September, sitting in the very same classroom at Central High School, Scott Wilson walks through his day on Sept. 11, 2001, like it was yesterday.

Wilson, like other teachers who were in classrooms on 9/11, were with their students as they watched history unfold live on television.

Wilson didn’t have a first-period class on that Tuesday 20 years ago, so he started his day watching the events in New York City on a TV in the school library.

News of what was going on traveled to Central through a phone call to one of the teachers, Wilson said. After the call, everyone turned their eyes to the TV screens.

“There was definitely sadness, and just a real serious, somber tone that not only held over the school but anywhere else you went that day,” he said.

Many teachers and students thought the incident was an accident at first, Wilson said, but they quickly learned that was not the case.

After the second plane hit the World Trade Center, he said, “of course, at that moment, you knew that was completely intentional.”

When it was time for his second-period class, Wilson wheeled in a TV to allow students to watch the live broadcast.

“As a history teacher I felt like this was the most compelling story. It was going to supersede any lesson that I had for that day,” said Wilson, a winner of the Alice Buffett Outstanding Teacher Award.

Claire MacGeorge was a senior at Burke High in the fall of 2001. She said the mood there was also somber, as people realized the seriousness of what was happening. That afternoon, she said, everyone was glued to the TVs.

“Particularly as we got further into the day, it became clear that nobody was going to be able to concentrate on anything else,” she said.

Wilson said one of the things he marvels at when looking back at that day is how differently news travels today. No one was getting news alerts on their cellphones in 2001. People had to rely on landline calls and small TV screens for updates.

Like many people, Wilson said he will never forget the events of that day, and students have reached out to him on the fifth, 10th and 15th anniversaries of 9/11. He expects to hear from a handful of students this year, too.

“What a searing memory, experiencing that in this classroom with all my students,” he said.

While 20 years have passed, 9/11 remains an important event in Wilson’s history curriculum. However, he said his students’ personal connections to the event have decreased over the years.

“In the years that were closer to 2001, students would share their experience of how they were at school and how they found out,” he said.

In 2021, most of Wilson’s oldest students were born in 2004, so he asks them to talk to their parents about their experiences that day.

“The students are still very interested in it, and quite a few of them are pretty familiar with the story of it,” he said.

On 9/11, as StratCom played war game, the ugly reality of terror arrived

The memories of Sept. 11 aren’t going anywhere for those who witnessed it, Wilson said, and the event will live on as a part of American history.

“The events of 9/11 just cast such a long shadow,” he said. “It’s so seared into the memory of everyone who you know who experienced that.”

Remembering 9/11: A compilation of The World-Herald's coverage 20 years later

The attacks on Sept. 11, 2001, are viewed by Americans as one of the nation’s most terrifying and tragic moments in history. The World-Herald …

The loss of nearly 3,000 lives on Sept. 11, 2001, sparked new ways of thinking of how to combat extremism and, ideally, stop terrorists before they even get started.

Suzanne Tinley talked with her brother on the phone before the attack, so she knew where he was when a plane struck the north tower of the World Trade Center, just six blocks from her apartment.

The Omaha Public Schools board has approved plans for how the district will spend millions in federal COVID-19 relief funds.

The 9/11 attacks forced a change in U.S. military operations, speeding up a post-Cold War trend of using Guard and Reserve units much more in real-world and combat situations.

The OPS board voted 9-0 to modify the calendar for this school year so teachers will have more time to plan as the district works to address academic challenges caused by the pandemic.

Students all across the state and nation have been stealing items like soap dispensers from schools as part of a challenge on the social media platform TikTok. 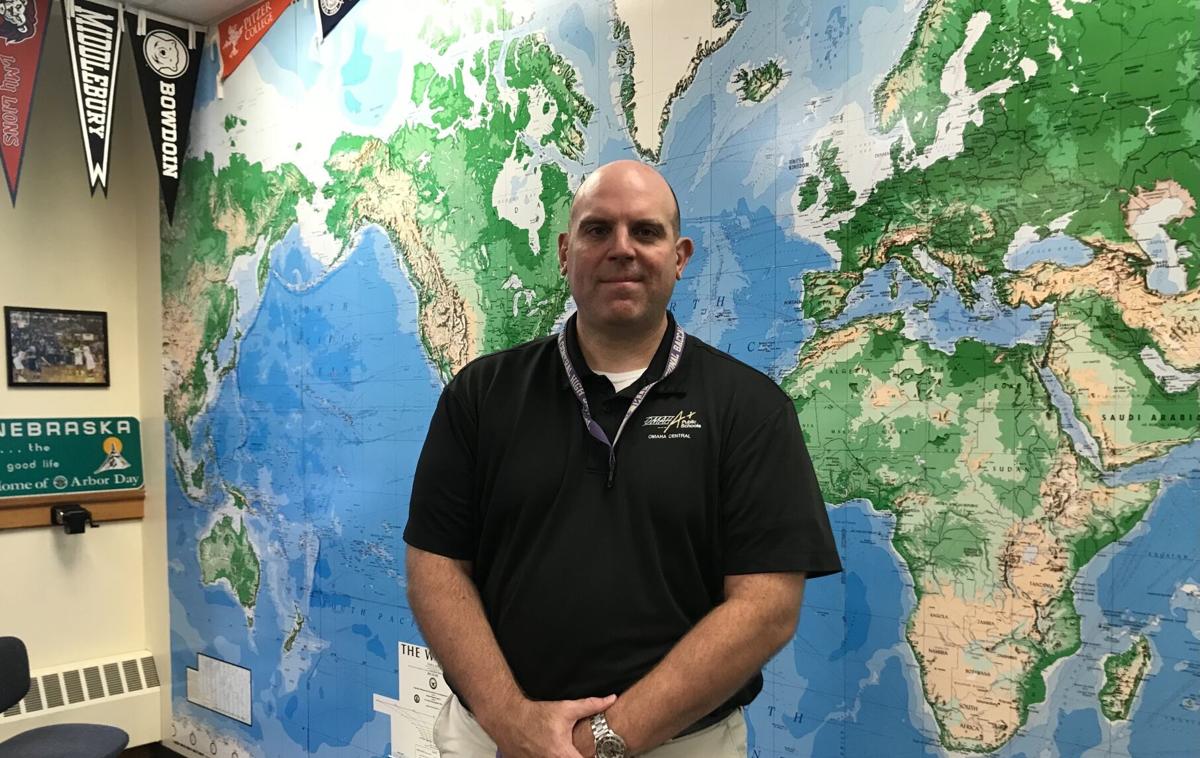 Scott Wilson still teaches in the same Central High classroom he taught in on Sept. 11, 2001. “What a searing memory, experiencing that in this classroom with all my students,” he said.

From left, Katie Jerina and Claire Conlon (now MacGeorge) watch events unfold on TV as Paige Shevlin listens to classmates talk about the terrorist attacks on Sept. 11, 2001. The students were in an AP world history class at Burke High School.