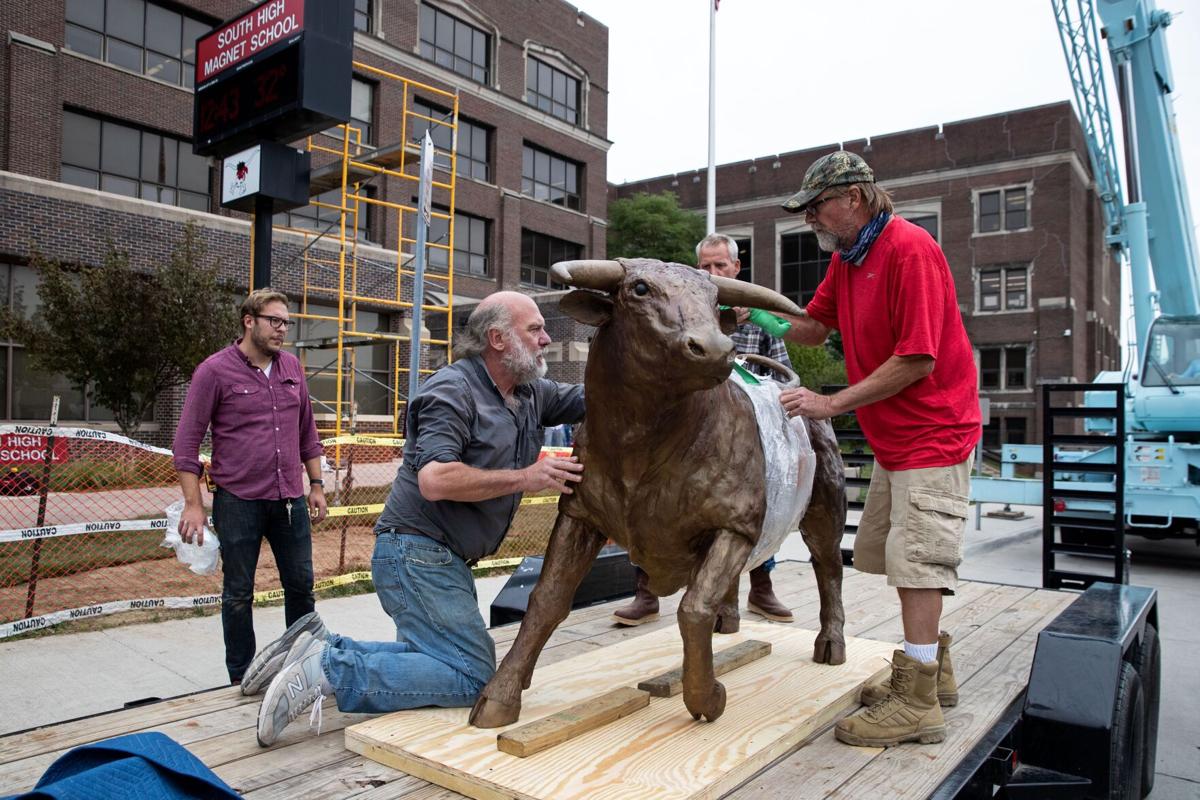 Sculptor John Lajba, left center, and Ted Clary, right, prepare to install a sculpture of a bull in front of Omaha South High School on Wednesday. The statue was lifted into place by a crane and will stand outside the school’s main entrance. 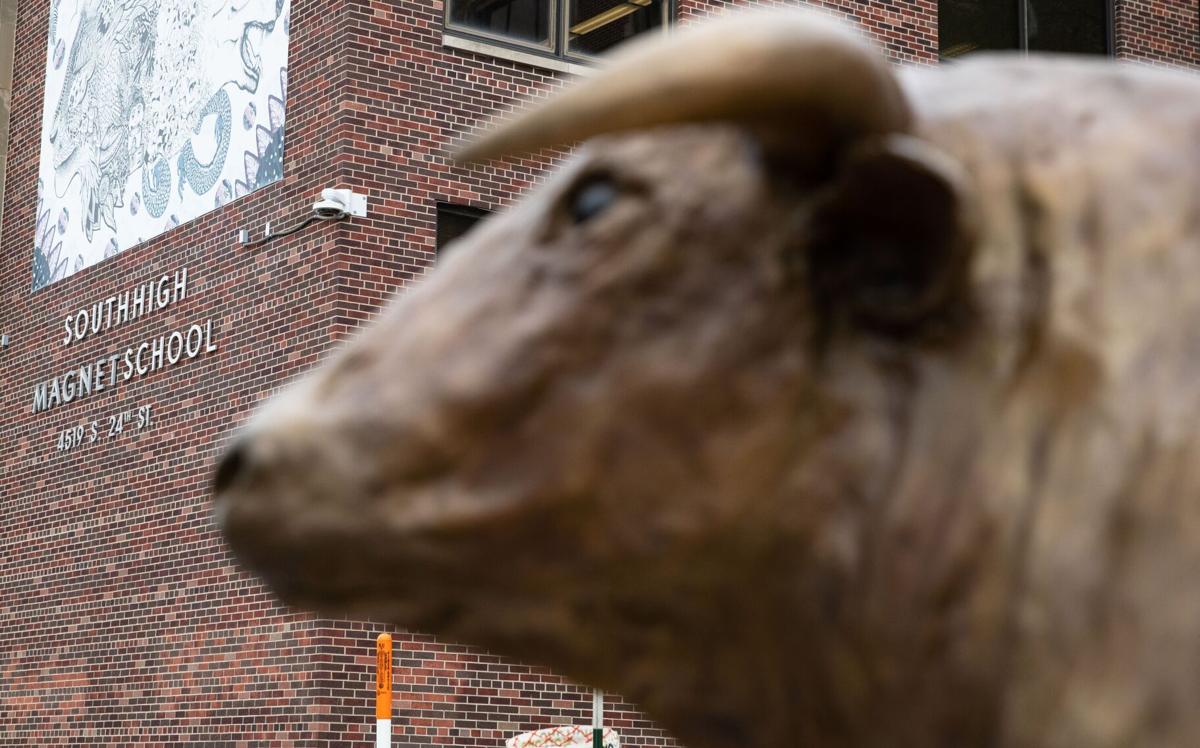 The new bull sculpture is a celebration not only of South High but of all of South Omaha. “It’s just that pride of being from that part of town," said Carole Safley of the South High School Alumni Association.

The 500-pound bull statue rolled down 24th Street on Wednesday strapped to a flatbed trailer.

It got a few looks.

Curious drivers slowed and craned their heads. People stepped out of businesses. And a crowd gathered outside Omaha South High School eagerly awaited its arrival.

The bull is about 4 feet tall and was made by Omaha sculptor John Lajba. It took a crane, several workers and a carefully coordinated effort, but now the bull sits atop a pedestal outside the school.

Current and future students at South, home of the Packers, will now pass the bull to get to the main entrance of the school.

Two benches and flowers will be planted near the bull. And a dirt path in the grass, made by thousands of students’ feet, has been replaced by a sidewalk.

A plaque near the bull says it is dedicated in honor of Carol and Dave Van Metre.

“For their continued support and love of South High School, the South Omaha Community, our families, our history and our future,” the plaque reads.

The Van Metres are credited with helping raise $42 million to upgrade parks and athletic facilities, specifically those east of 72nd Street.

“Their generosity has been boundless,” said Toba Cohen-Dunning, executive director of the Omaha Schools Foundation.

Ask what projects the Van Metres have had a hand in, and the list seems endless.

They donated free weights, stationary bikes and other machines for weight rooms at every Omaha Public Schools high school and middle school — 18 schools in all — and several Boys & Girls Clubs of Omaha locations.

Several people said Carol Van Metre, who died in 2016, had a soft spot for South High School. When she noticed the hand-me-down uniforms the school’s cheerleaders were wearing, she replaced them with new ones.

“I don’t think we can honor them ever enough for everything they’ve done for Omaha,” said Carole Safley of the South High School Alumni Association.

The bull has a raised hoof and tail. Lajba said he wanted the bull he created for the school to be energetic, ambitious and not sure where life is going to take him — all the things that probably go through the minds of each student at the school.

The sculptor said he wants freshmen walking past it on their first day of school to know they have a friend in the bull.

And when students’ time at South ends, several people said they hope the bull will be a place for students to take senior or graduation photos.

Lajba’s other sculptures are all around Omaha, and many are already popular places to take photos like The Road to Omaha statue, which sits at the northwest corner of TD Ameritrade Park.

The bull is Lajba’s first piece at a high school.

The bull is not only a celebration of the high school but of South Omaha itself and the people who live there and grew up there, Safley said.

“It’s just that pride of being from that part of town,” she said. “You can move out of it, but you can’t lose it.”

For first time in nearly a decade, OPS to launch a revamped website on Oct. 1

Omaha Public Schools will launch a new website on Oct. 1 and a mobile app for families later this fall.

What's in store for the future of Omaha's parks? Three leaders in the local parks scene discuss their hopes and visions.

Sculptor John Lajba, left center, and Ted Clary, right, prepare to install a sculpture of a bull in front of Omaha South High School on Wednesday. The statue was lifted into place by a crane and will stand outside the school’s main entrance.

The new bull sculpture is a celebration not only of South High but of all of South Omaha. “It’s just that pride of being from that part of town," said Carole Safley of the South High School Alumni Association. 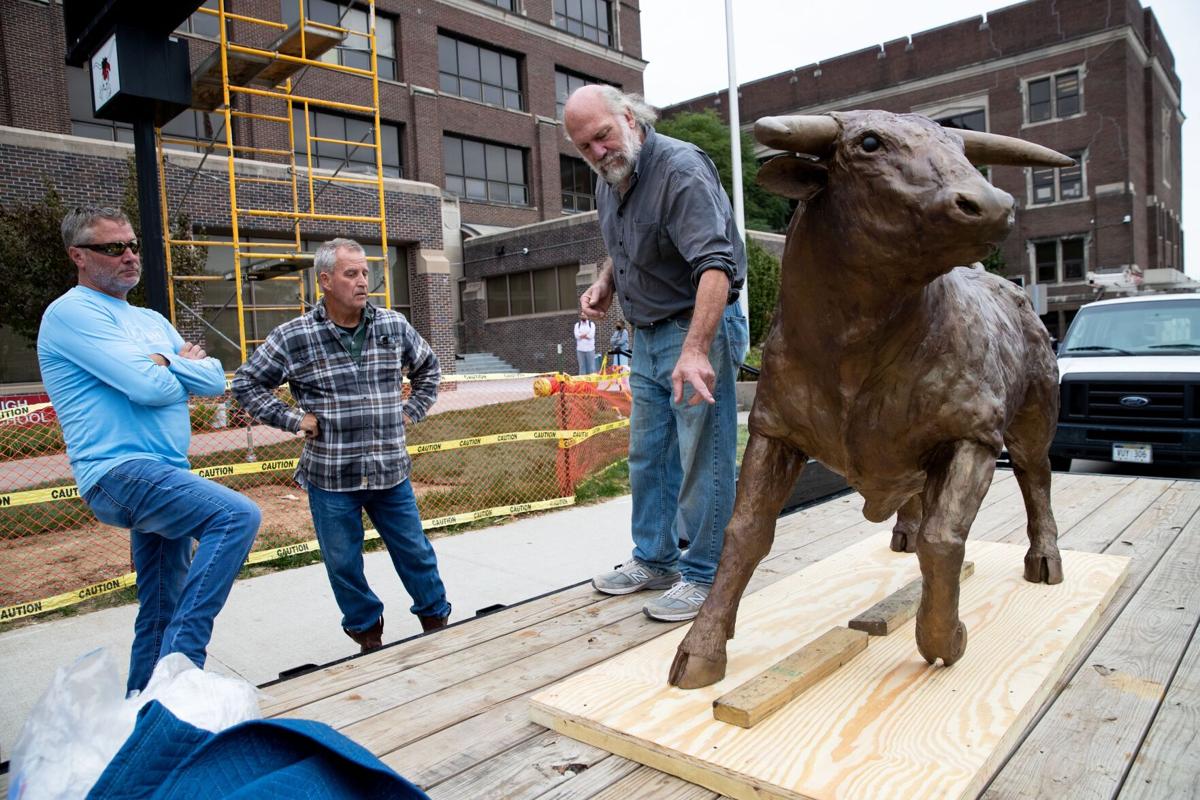 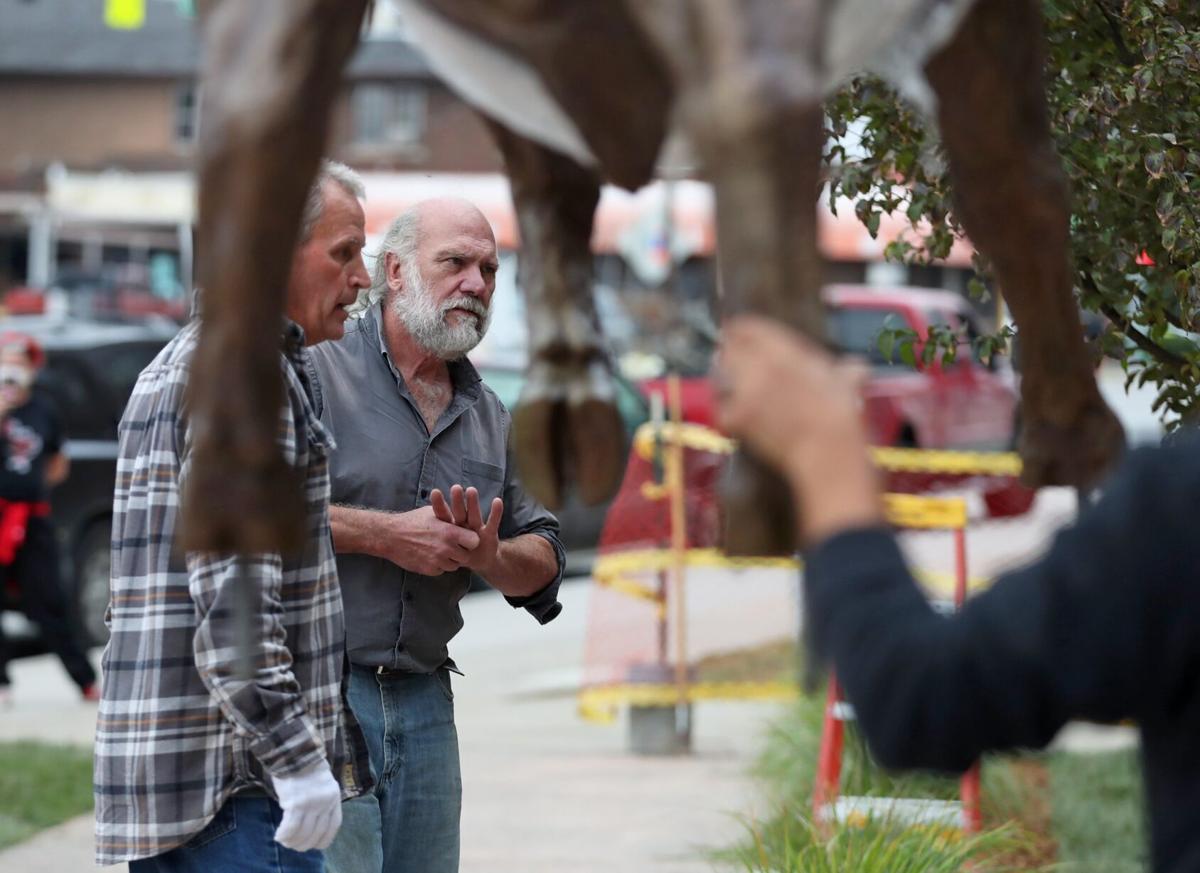 Artist John Lajba watches as the the new bull sculpture is installed on Wednesday at Omaha South High School. 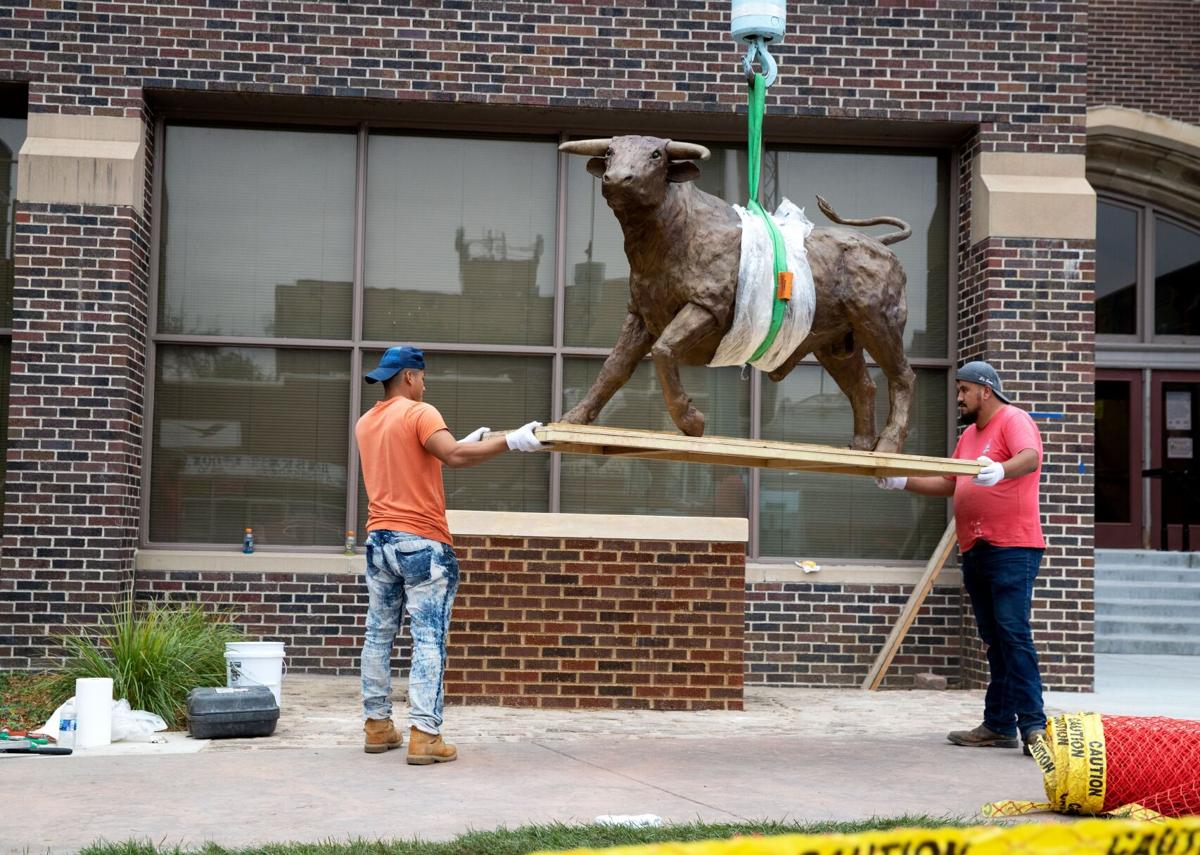 Workers install the sculpture, which stands about 4 feet tall and weighs 500 pounds, outside South High on Wednesday.