The Omaha Public Schools logo was on the iPad’s home screen.

The device was covered in a sturdy-looking gray case.

All a student needed to do was log in.

This upcoming school year, OPS will become a one-to-one technology district, meaning every student in the district will receive one of these iPads. But that handout will be staggered.

When school starts in August, all elementary students and K-12 special programming students, or students not in a mainstream building, will receive an iPad, according to information provided by district officials.

The district had previously announced that iPads first would be given to middle and high school students.

Since the district won’t receive all the devices by August, decisions had to be made about who would get iPads first, said Bryan Dunne, director of information management services for OPS.

Dunne said last spring some devices the district already owned were given to secondary students so officials decided to focus on elementary students.

The district ordered about 56,000 iPads for the upcoming year and are receiving them in five waves through September.

“It’s just the magnitude of the order,” Dunne said.

Plus, the iPads go from the manufacturer to a provisioner that readies the devices for use and makes sure everything works correctly, Dunne said.

“They’re doing a number of steps for us that we just simply would not able to do and then shipping them to us,” Dunne said.

All a student will have to do after receiving the iPad is log on, he said.

OPS purchased seventh generation iPads with 32 gigabytes of storage space. Similar to a phone, the iPads have a SIM card that will be activated with the district’s data plan for unlimited data through T-Mobile.

Dunne said that means students will be able to use the iPads even if they don’t have access to internet at home.

Earlier this year, the OPS school board approved the purchase of the iPads for $27.6 million. The purchase was largely paid for with money the district received from the federal coronavirus relief bill known as the CARES Act.

Jeremy Maskel, a spokesman for the district, said OPS received $23.2 million in CARES Act money but $3.6 million of that was designated for non-public schools within the community, per federal and state guidelines.

OPS paid for the rest of the iPads and also paid $10.8 million for an agreement with T-Mobile for the data.

At the time of the purchase, OPS Superintendent Cheryl Logan said OPS needed the iPads to minimize disruption to education that coronavirus might cause this fall.

When school starts on Aug. 11, OPS students will be divided into two groups based on last names and will attend classes half the week. When the students are at home, they are expected to do remote learning.

When asked if students could play Minecraft on the devices, Dunne said these iPads are not like ones you would buy at an Apple Store. Instead, the iPads are managed and OPS and students will not have free range to install anything they want on them.

On the district’s website, district.ops.org, families can learn more about how to use the iPads. Students will also receive a handout on how to use the devices.

Weighing health risks, some 'heartbroken' teachers retire instead of returning to class

From boarding a bus to eating lunch, OPS officials gave a preview of what students can expect when school starts.

About 5,000 OPS students participated in virtual summer school, connecting with teachers through iPads and other devices.

Six members of the nine-person board voted no on the 2020-2021 code after a lengthy discussion about how the code handles third-degree sexual assault.

"Given the current status of the pandemic in our community, we believe a remote learning environment is the best option for our students," the Omaha Education Association said in a statement.

In past years, Omaha Public Schools students were encouraged to go to school even if they had a headache or the sniffles. But with the pandemic, that isn't the case anymore.

Two dozen members of the public showed up to speak to the board about reopening schools in August.

The front lawn and steps of Central High School were filled with masked faces as speakers at the youth-organized rally asked OPS to remove school resource officers from the district’s schools.

OPS board approves $935,000 settlement for girl assaulted by former teacher

The settlement relates to assaults committed by Gregory Sedlacek, who is serving 40 to 65 years in prison for molesting six students at Fontenelle Elementary School.

In addition to six deaths on Friday, Douglas County is seeing an increase in hospitalizations and the positivity rate.

"There's a wide variety of things that go into the overall health of a child," Ricketts said at a press conference with Nebraska Education Commissioner Matthew Blomstedt.

Jose Barajas, a city automotive equipment operator, was on a ventilator and in stable condition Monday at Creighton University Medical Center-Bergan Mercy.

The OPS school board is holding a meeting on Tuesday evening as the district prepares for students returning to the classroom next week.

Parents, teachers tell OPS board they are nervous about the start of school

More than two dozen parents, teachers and community members showed up to the OPS meeting to say they are scared about the start of the school year.

OPS students petition district for remote start to year, worry about their teachers

Students at Omaha North High School have launched a website and created a petition asking for a remote start to the school year.

In a Zoom meeting Thursday night, OPS Superintendent Cheryl Logan blasted what she perceived as the priorities and attitudes of other parents and community members during the coronavirus pandemic. 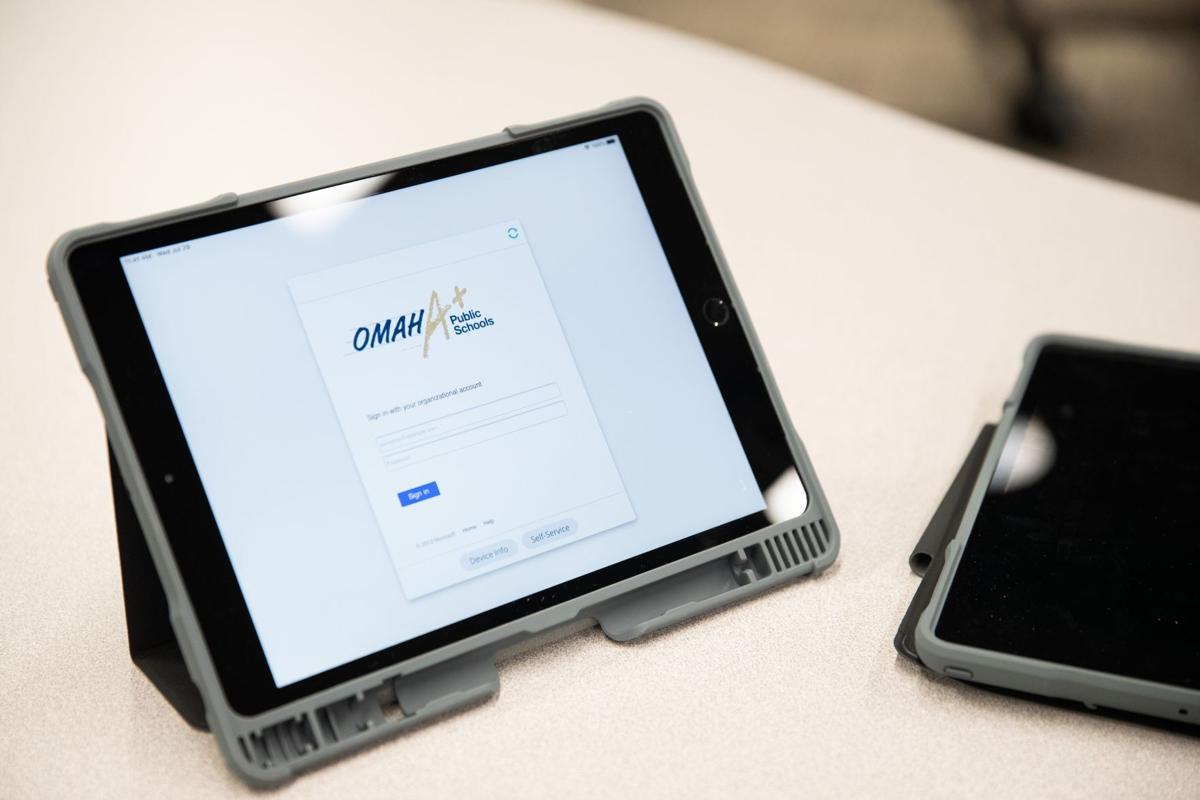 Students and teachers in the Omaha Public Schools will receive internet-ready iPads on a staggered schedule at the start of the school year. 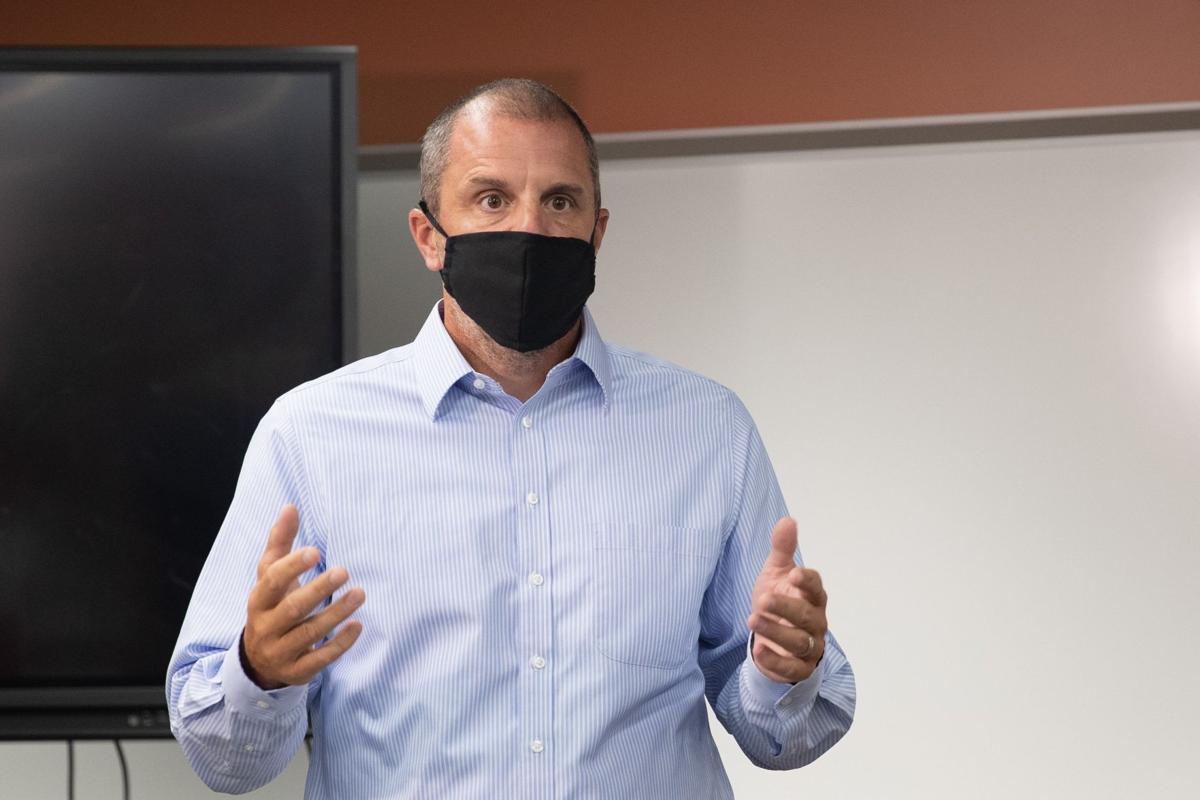 Bryan Dunne, the director of information management services, speaks Wednesday about students and teachers receiving iPads at the start of school.