The teal T-shirts have been worn on solitary walks.

Groups of masked staff at Hillside Elementary School wore the teal T-shirts while walking a mile outside on a sunny day in January.

The Westside High School boys basketball team wore the teal T-shirts with the purple ribbon on the front while warming up for a game. “Your Story Isn’t Over,” the shirt says. “Choose Life.”

So Elizabeth Harding, Madalyn Diprima and Jillian Snow created a virtual suicide awareness walk. In January, Westside families could pay $3 to enter the virtual walk and email a photo of themselves doing the walk in the teal T-shirts. The girls also set up a GoFundMe page to raise money.

The walk started as a project for DECA, a competitive business, marketing and community service club. The students said it took them less than 10 minutes to find their topic.

In the middle of a pandemic — with quarantines, occasional online school, the cancellation of events like prom, and in-person schooling that is far from normal — nothing seemed more important than mental health and suicide awareness.

While adult suicides in Douglas and Sarpy Counties declined from 2019 to 2020, the opposite was true for children. Youth suicides doubled in that time.

Last year, the executive directors of two nonprofits, Julia Hebenstreit of the Kim Foundation and Gene Klein of Project Harmony, wrote an editorial in The World-Herald encouraging the community to come together to support children in the area.

“We must all reach out to the youth of our community with positive, helpful messaging along with the services and connections they desperately need right now,” they wrote.

The Westside seniors said the topic of mental health has come up more among their peers since they started the project. The girls said they’ve started asking friends and classmates deeper questions about how they’re doing and pressing for answers beyond “fine” and “good.”

“That’s the one reason I hate masks,” Harding said. “You can’t smile at someone. You have to get all of your expression from your eyes.”

The girls also asked Debby and Doug Fehr to speak to Westside students about their son, Joe Fehr.

Joe Fehr was a 2016 graduate of Westside who went on to play soccer at Drury University. His college coach called him the glue that held the team together and who wanted nothing more than to make everyone else feel happy.

Joe Fehr’s parents said he would spend hours visiting his grandparents, was friendly with neighbors, had friends on soccer teams all across the metro area and was always up for adventure.

When talking to the Westside students, the Fehrs said they wanted to destigmatize mental illness and encourage them to seek help if they need it.

“They’re never alone,” Debby Fehr said of her message to the students. “No matter what they’re thinking, there are so many people that love them and need them. The world needs them. Tomorrow needs them.”

More than the money raised through the GoFundMe or the competition, Snow said she hopes that the project starts a conversation and encourages people to reach out to people who seem down or who might be having a bad day.

“We’re all more aware of asking people how they’re doing, and that’s what we hope everyone else can do after this,” she said.

The girls said they’ve learned that if a friend or acquaintance seems down, they should ask if they want to talk to someone.

“Even if they don’t want to talk to you, just reaching out and saying ‘Are you OK?’ — I feel like that is the most important part,” Diprima said.

“Just be there for each other,” Harding said.

For several years, the school has had a Hope Squad, a peer-to-peer suicide prevention program. According to the national organization’s website, members of the group are trained to listen to their peers, show empathy and reduce the stigma of seeking help for mental illness.

Bellevue West Principal Kevin Rohlfs said that in past years, when the community has lost a student to suicide, other students have wanted to step up and do something to help.

Members of the Hope Squad understand that their role is not to counsel or provide therapy to their fellow students but to listen and encourage them to seek help from an adult, Rohlfs said.

The student body is asked to name three fellow students they would feel comfortable talking to if they had a problem. Students who are nominated several times are asked to join the Hope Squad. Typically, there are about 40 students on the squad, 10 for each grade.

Rohlfs said that because of how the members are selected, the Hope Squad is composed of a diverse set of students.

After seeing how it works, Rohlfs believes that there should be Hope Squads at every high school in Nebraska. There are now Hope Squads at Bellevue East and the district’s middle schools.

Rohlfs said he knows that the Hope Squad has saved lives over the years.

If you or someone you care about is struggling, call 800-273-8255 to connect with a trained crisis counselor. 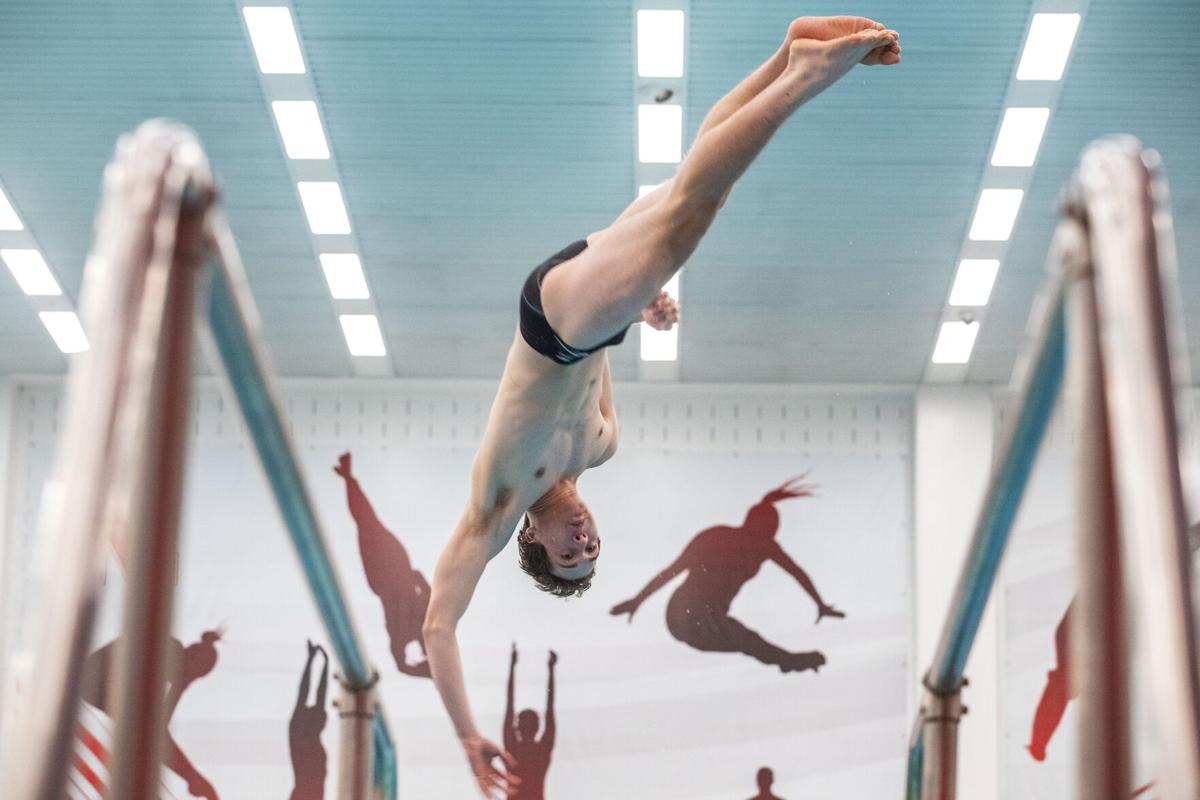 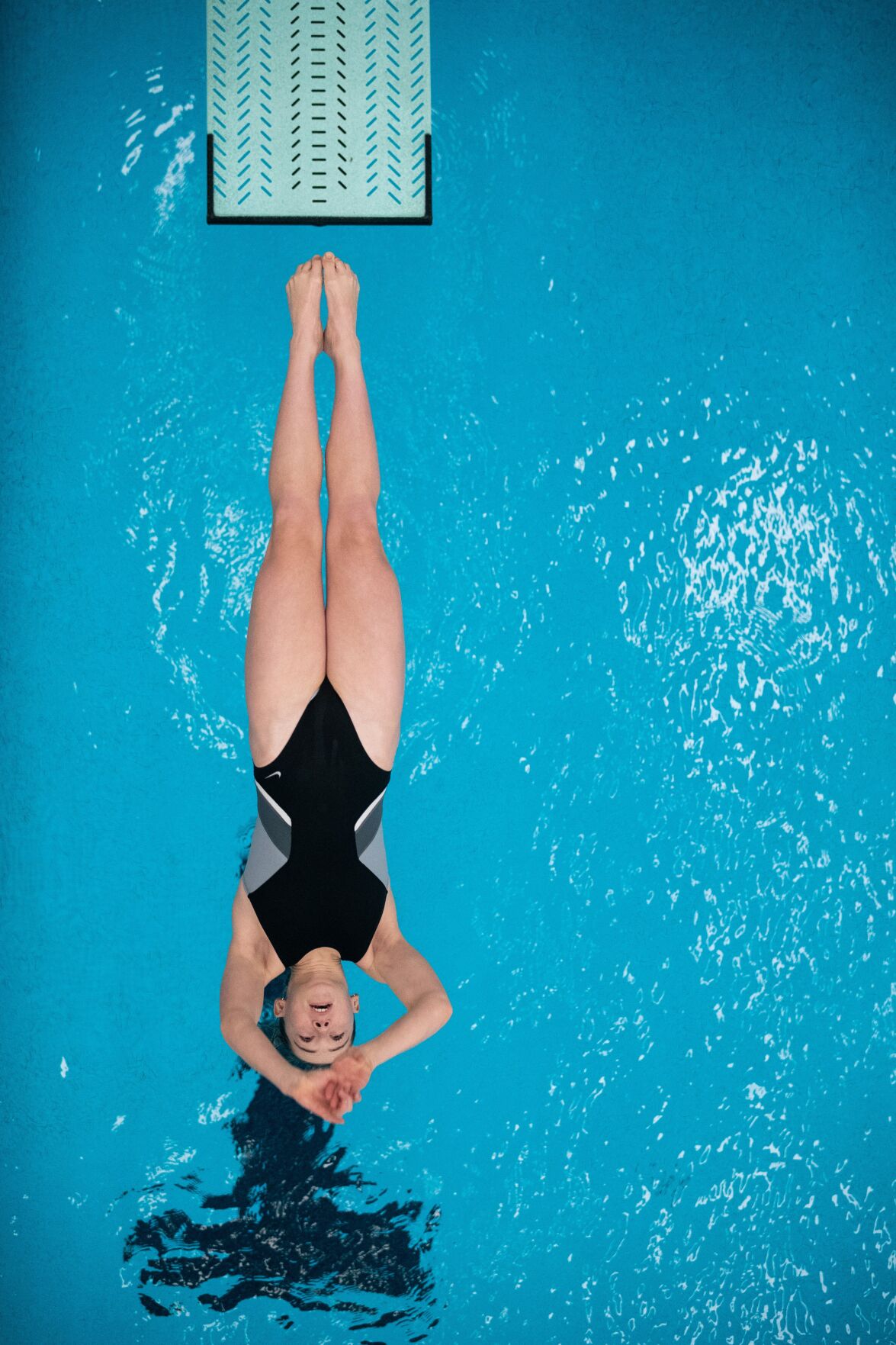 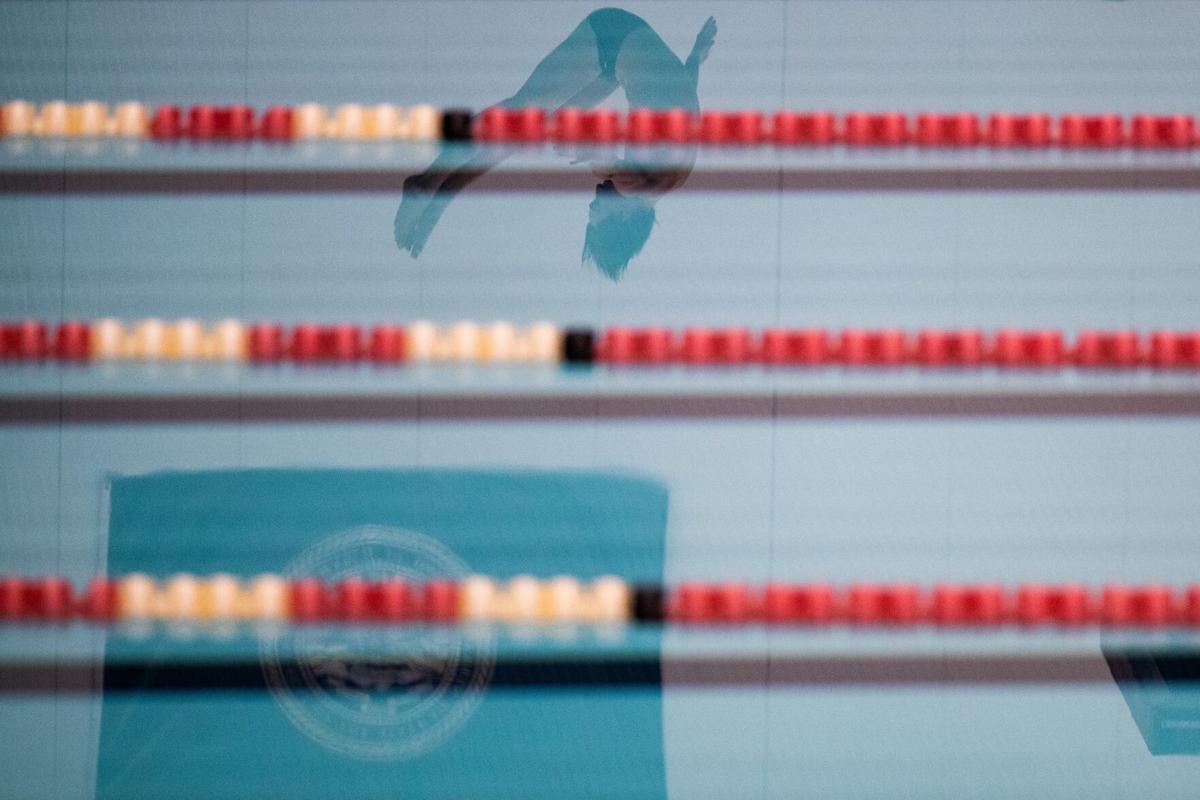 North Platte's Jonathan Brouillette is reflected in the swimming pool as he competes in the NSAA boys state diving championship on Thursday. 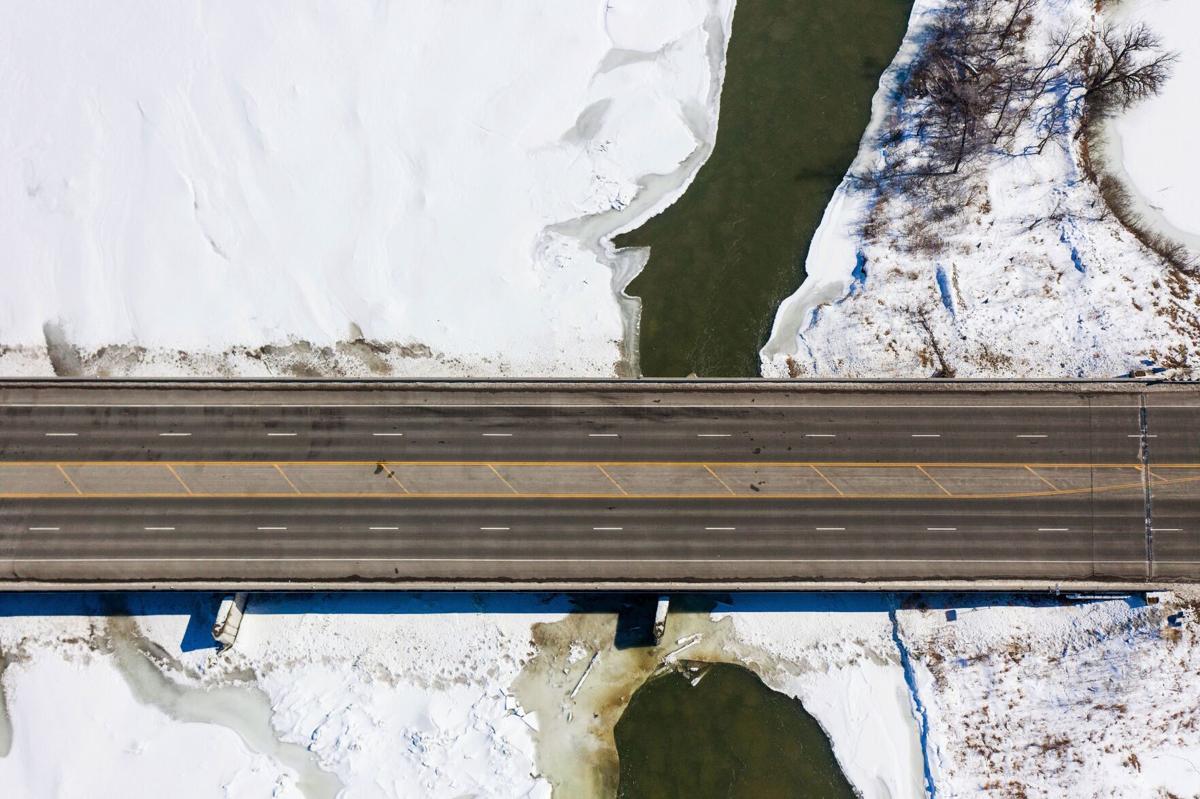 An ice jam forms on the Platte River west of the Highway 77 bridge near Fremont on Monday. Observers in eastern Nebraska will be looking out for signs of flooding as the weather warms up. “We’re just waiting to see how the snow will melt over the next couple of days,” said hydrologist David Pearson of the National Weather Service office in Valley. “We’ll be watching closely.” 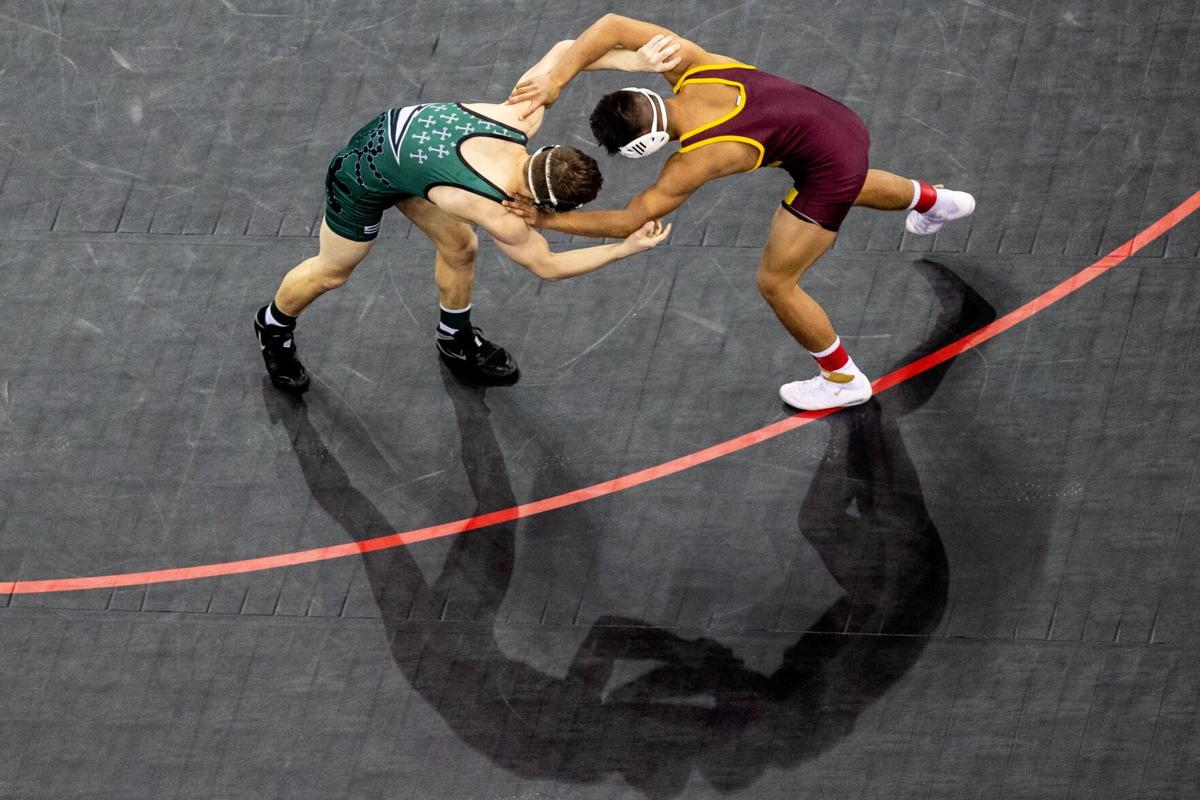 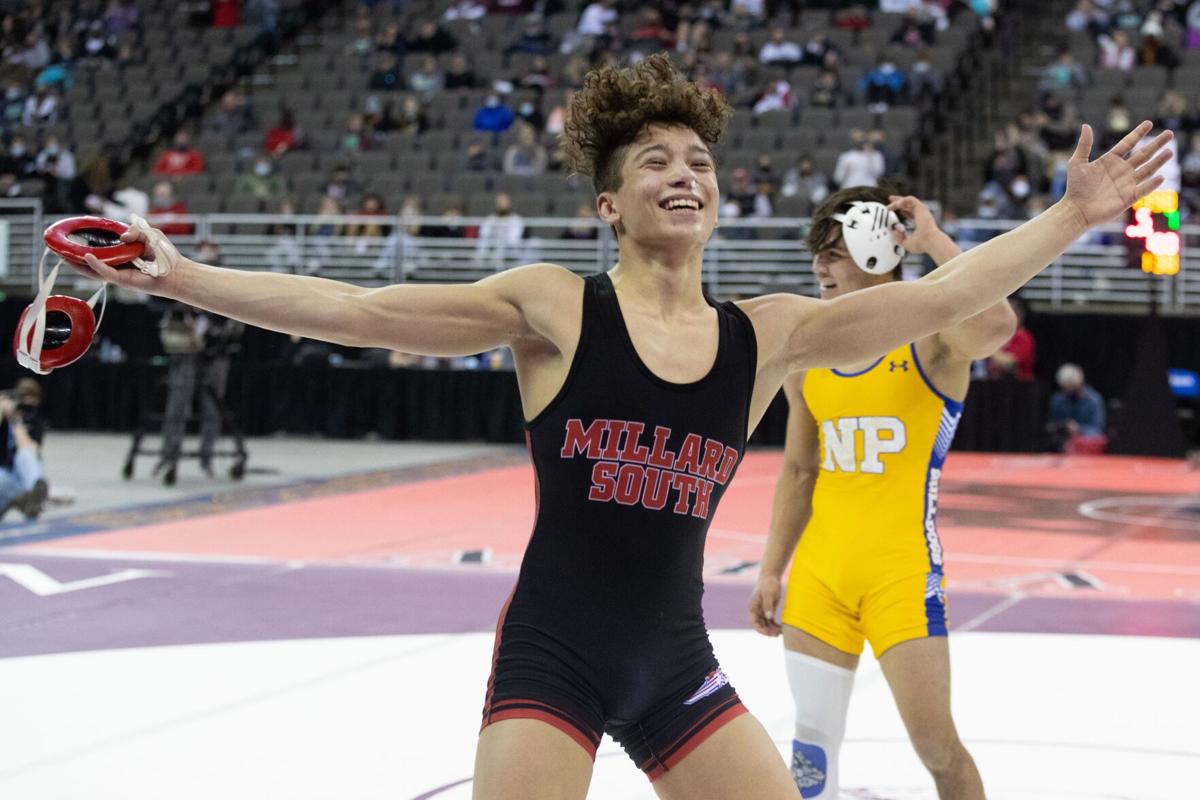 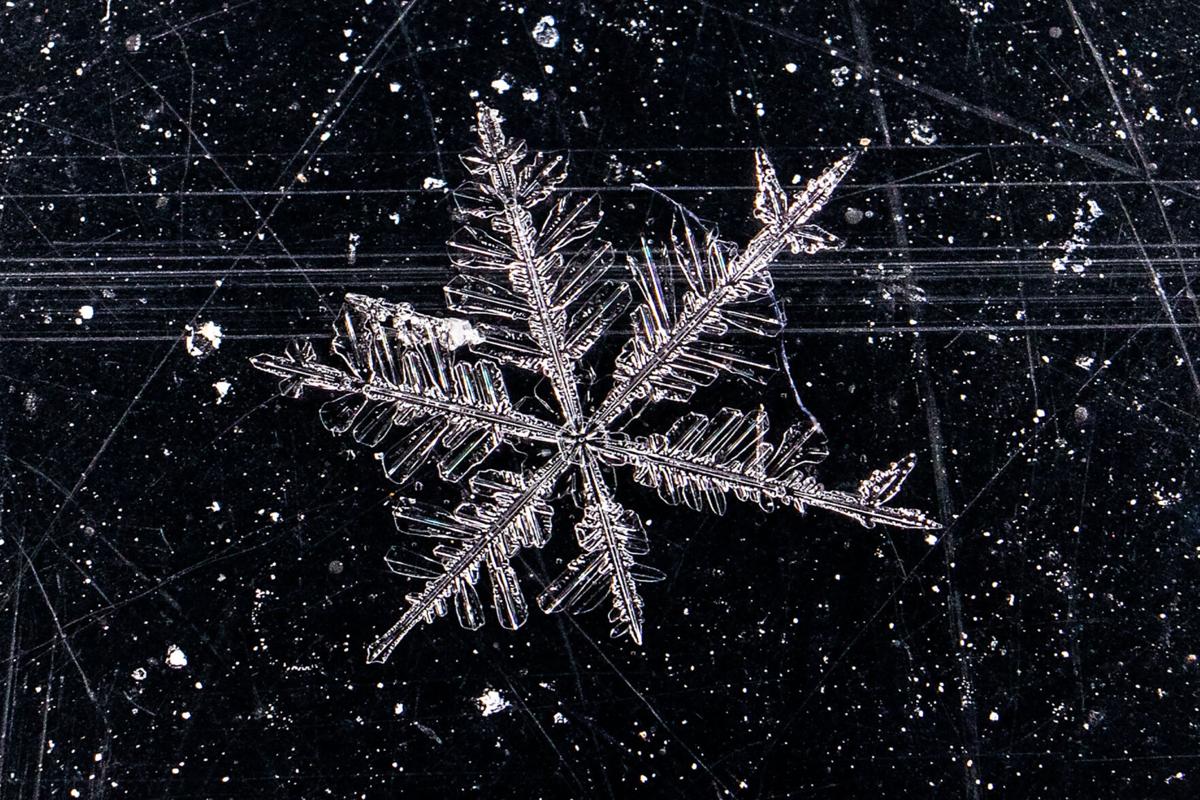 A few snowflakes fell in Omaha on Wednesday. 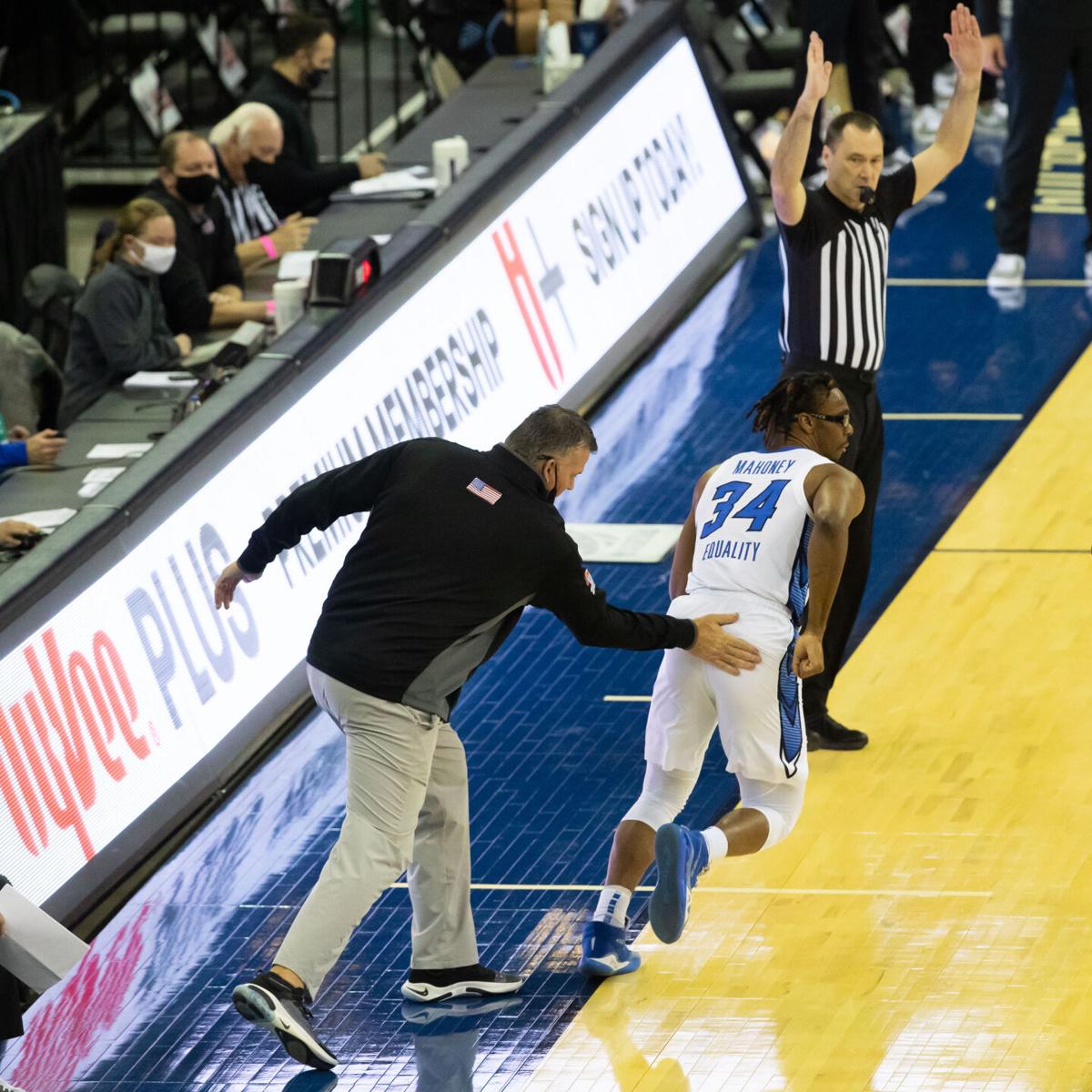 Creighton's Greg McDermott congratulates Denzel Mahoney on a made 3-pointer against Villanova. 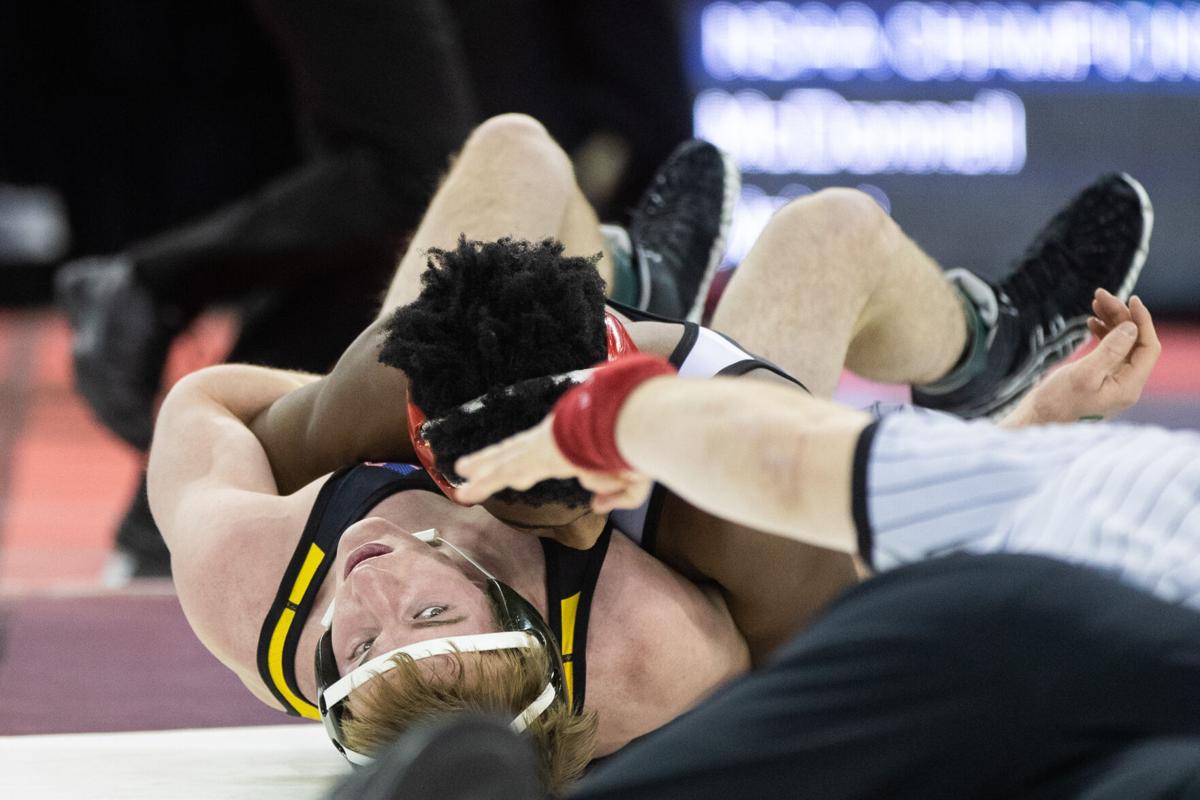 Gretna's John Weed, facing, and Millard South's Antrell Taylor compete in the first round of the 160 pound, Class A state wrestling tournament in Omaha on Wednesday. 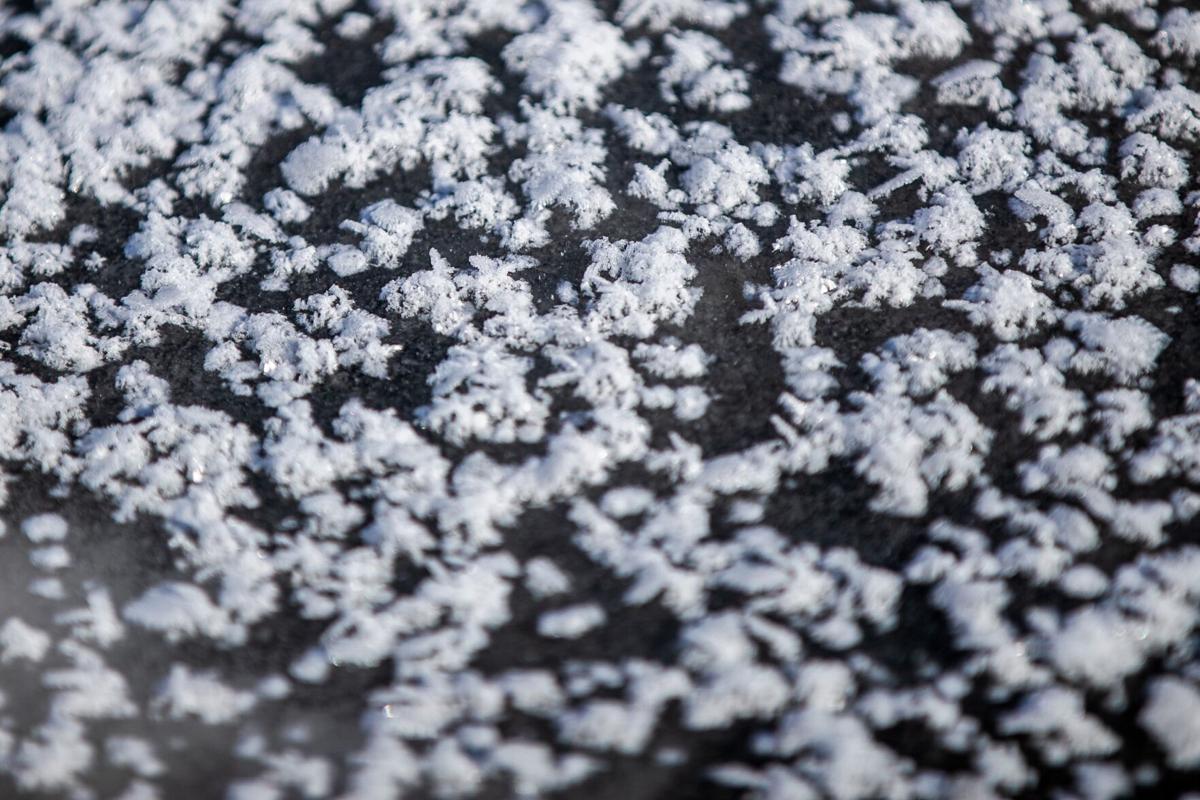 Frost collects on a sheet of ice in a parking lot in South Omaha on Tuesday. Omaha set a record low on Tuesday, dipping to 23 degrees below zero. 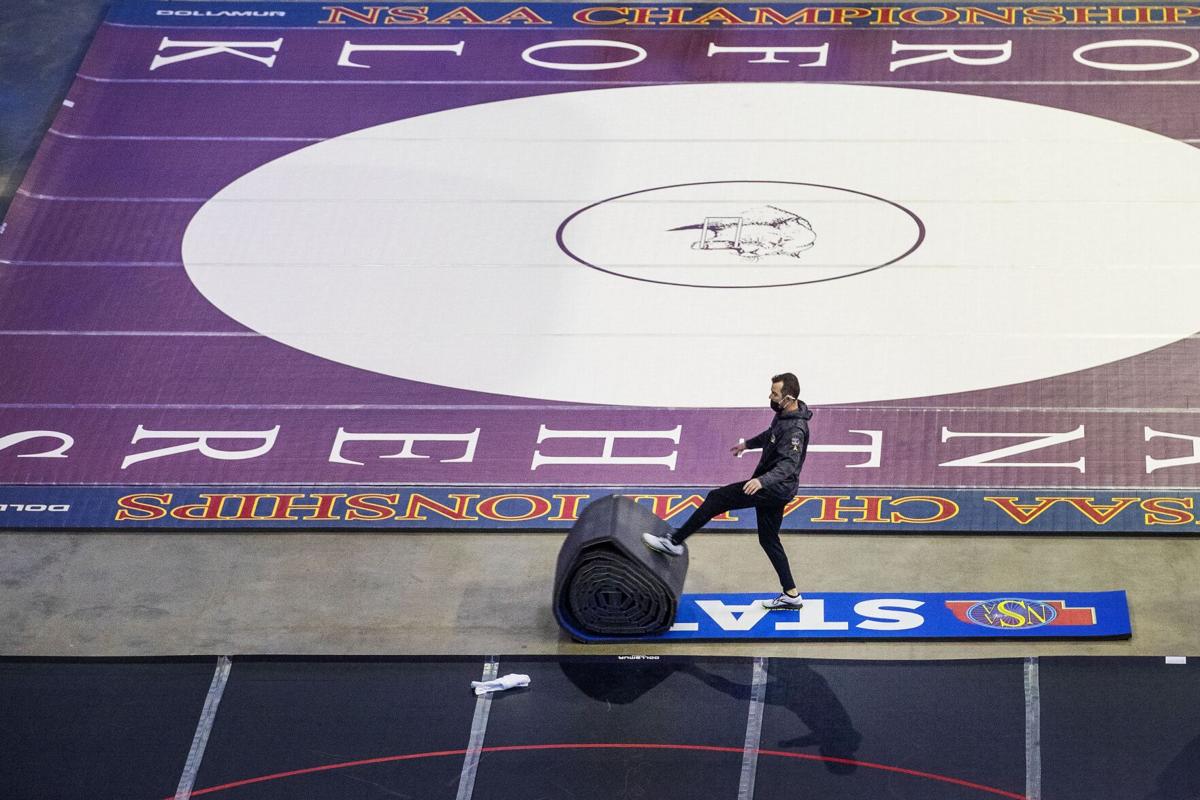 PJ Smith, an administrator at Grand Island Northwest, helps set up mats on Tuesday for the state wrestling tournament at the CHI Health Center. The tournament starts today and runs through Saturday. Read more in Sports. 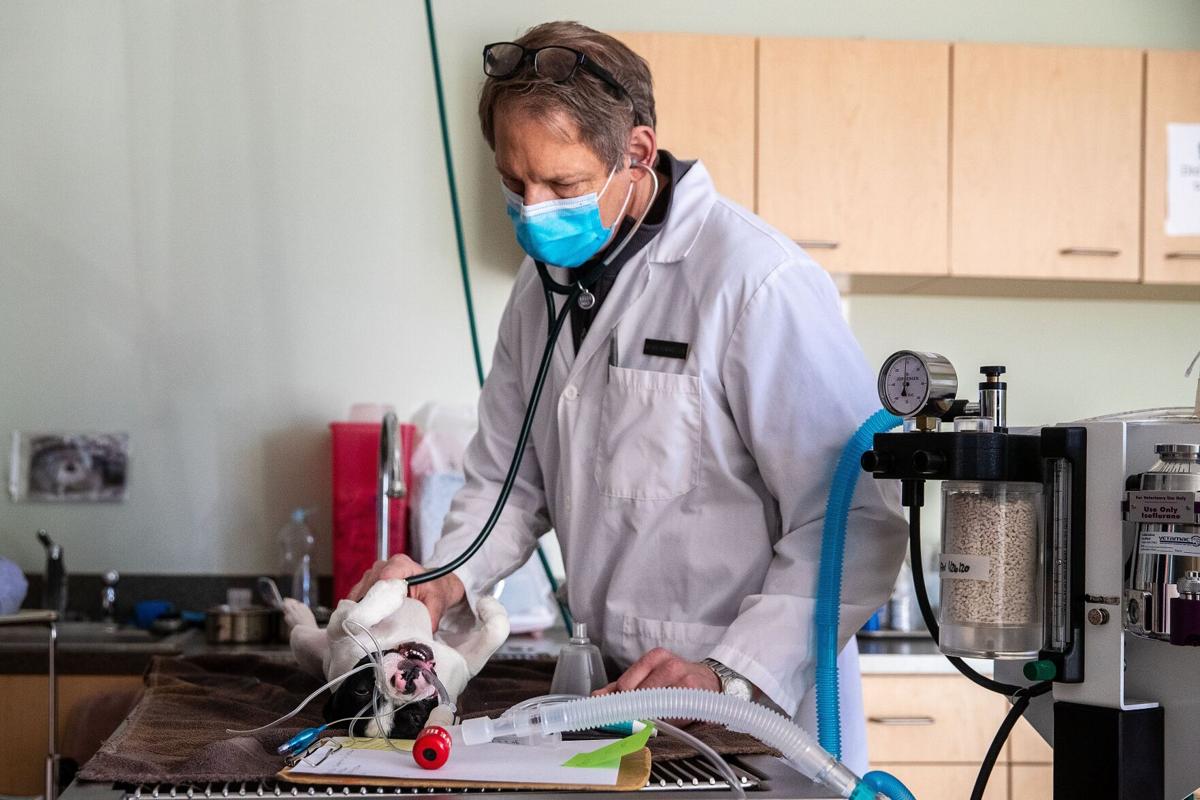 Dr. Michael Howard listens to the heart of Bella, a Boston terrier puppy at Best Care Pet Hospital In Omaha on Tuesday, February 16, 2021. Bella was anesthetized before power was cut to the south Omaha neighborhood where they are located because of extreme temperatures in the region. Omaha's low Dr. Howard was prepping to spay Bella by window light before the power did come back on. They had performed one surgery with no power already that morning. 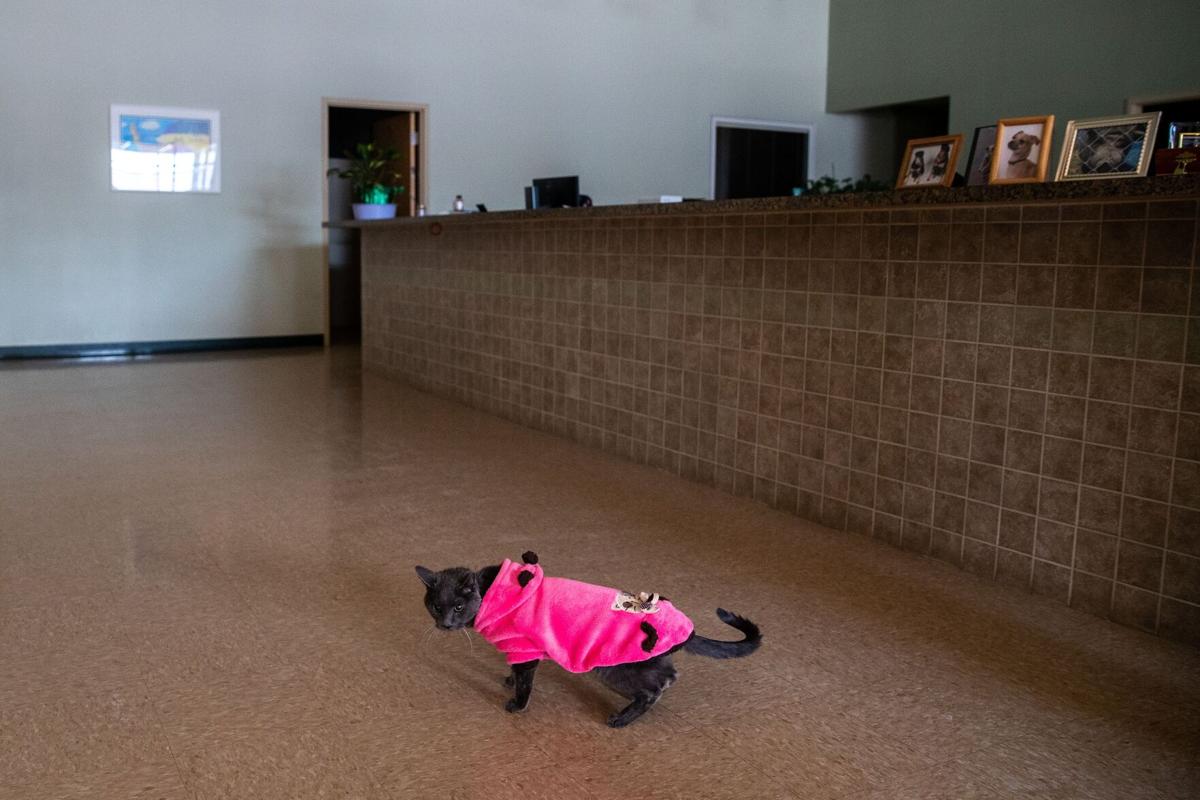 Neymar walks around in a sweater after a power outage at Best Care Pet Hospital at 3030 L Street on Tuesday, February 16, 2021. Extreme temperatures forces rolling blackouts in the area. 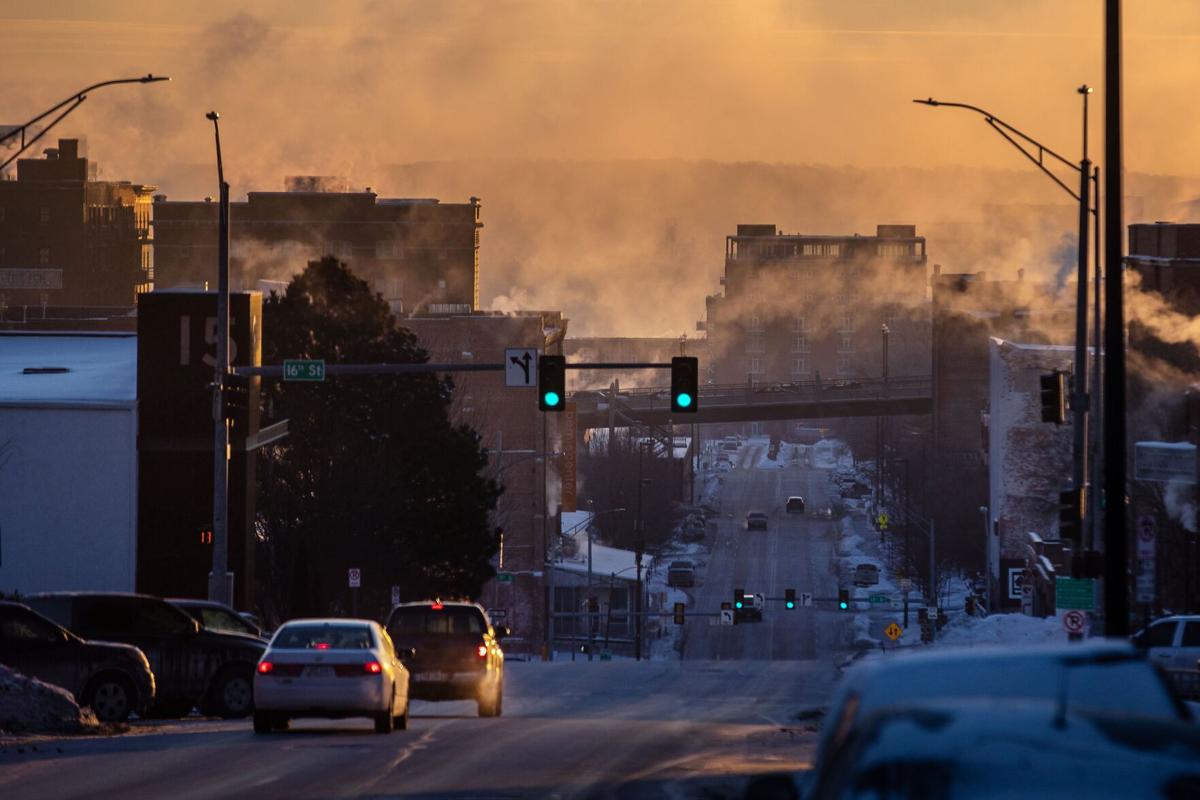 Sunlight filters through the steam as cars head east on Leavenworth Street towards 16th Street as the low in the area was close to 20 degrees below zero on Tuesday, February 16, 2021. 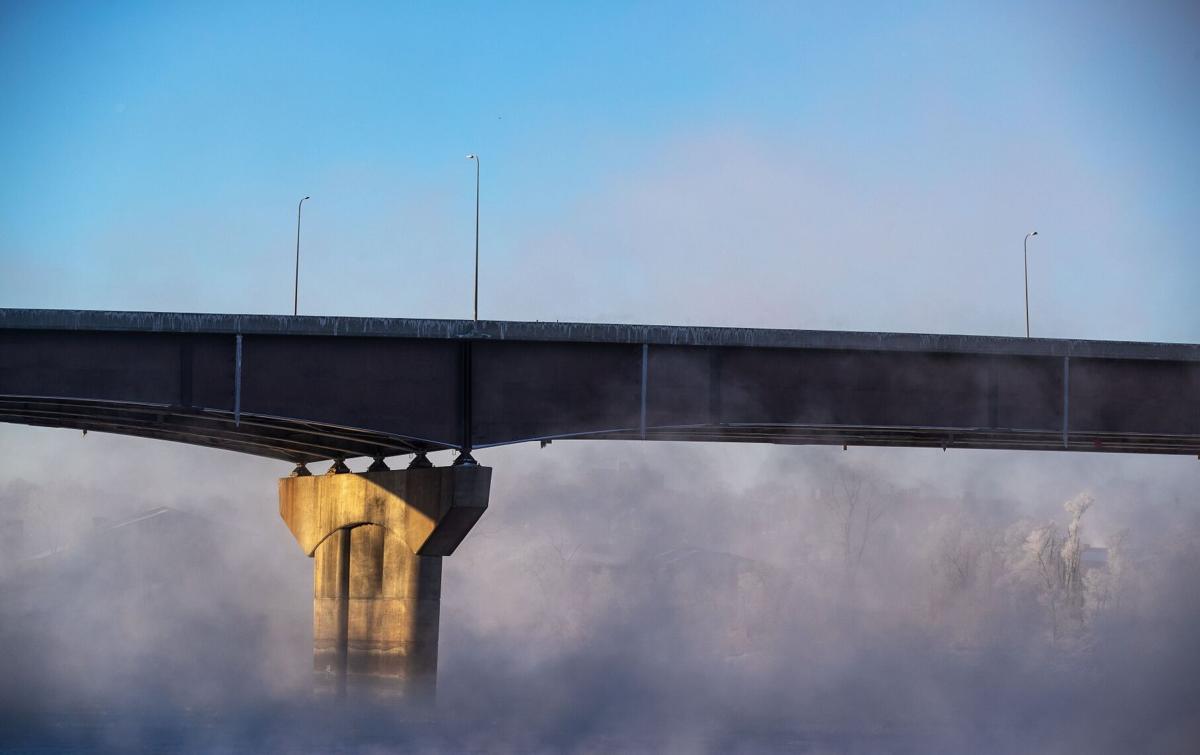 Steam rises out of the Missouri River around the Interstate 480 bridge as viewed from Tom Hanafan River's Edge Park in Council Bluffs early Tuesday, Feb. 16. Lows in the Omaha metro area were around 23 degrees below zero. The steam caused icy roads and the temporary closure of the bridge. 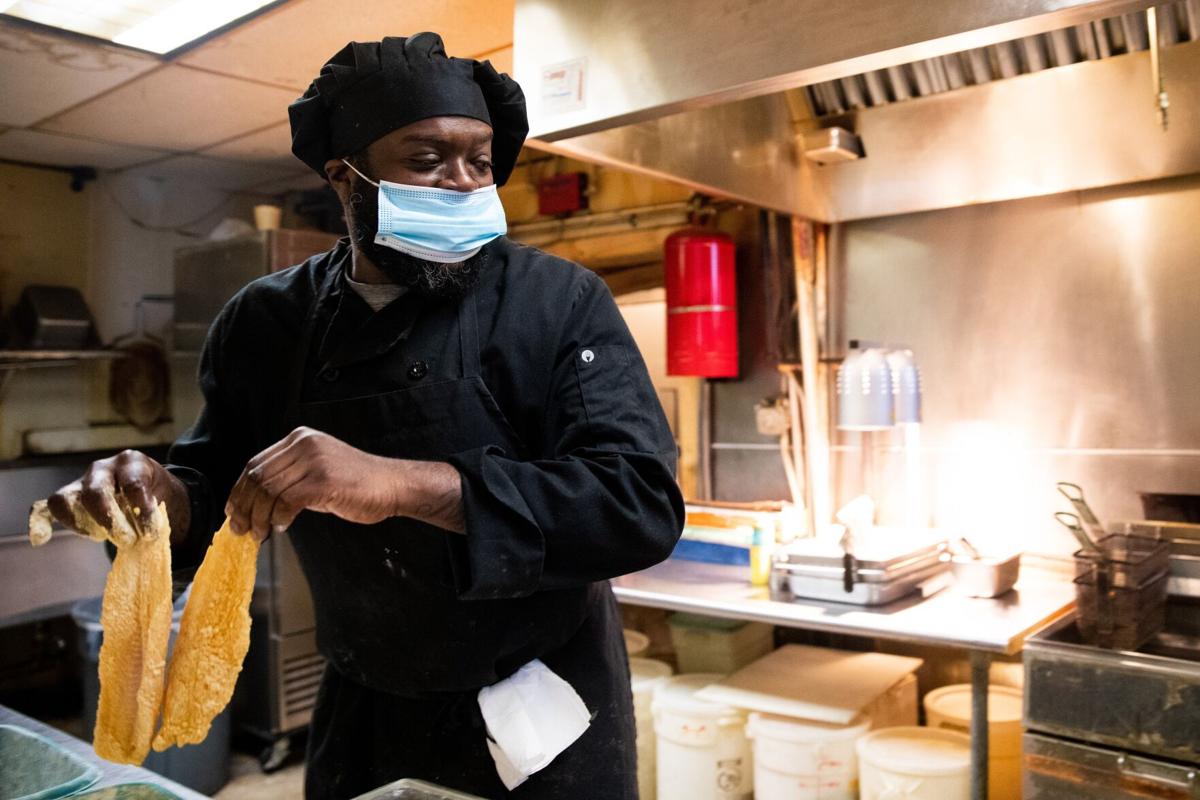 Owner Gary Wrenn moves catfish filets from the cornmeal dredge to the fryers at Cajun Kitchen on 30th and Maple Streets in Omaha on Monday. 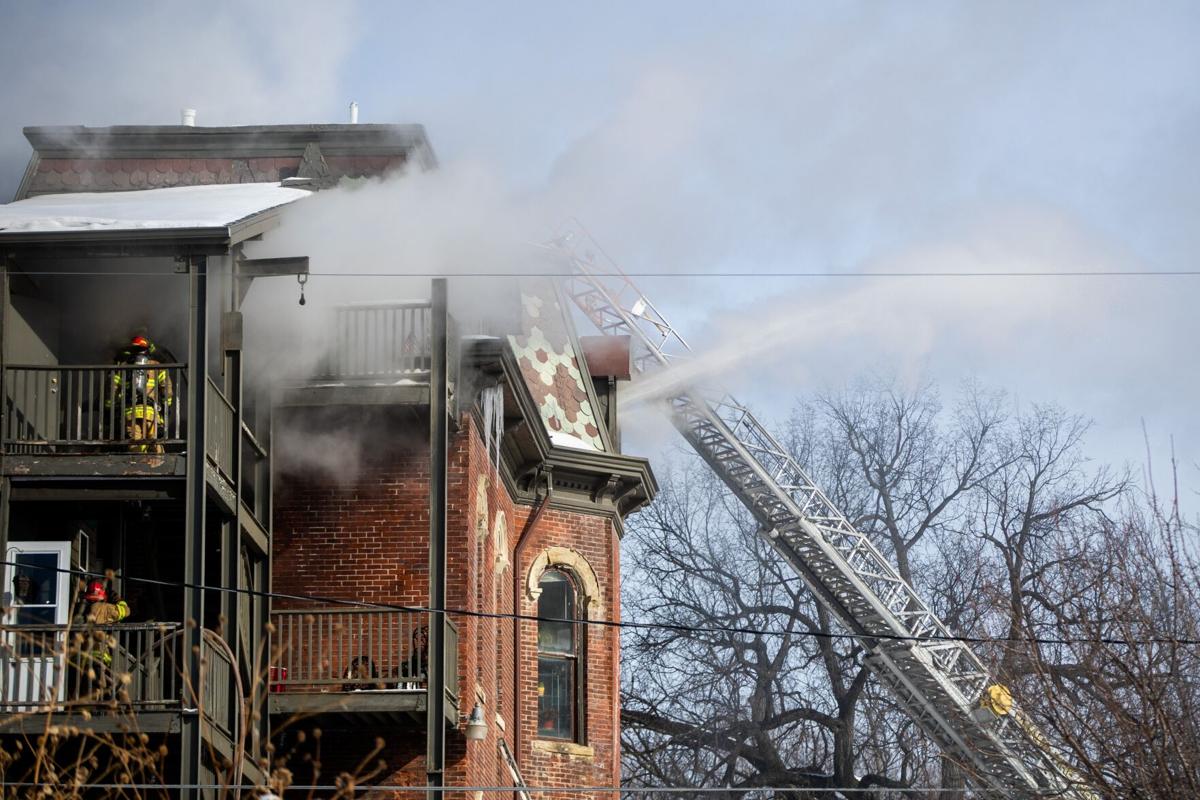 Firefighters work to put out a fire in an apartment building at 10th and William Street in Omaha on Monday. 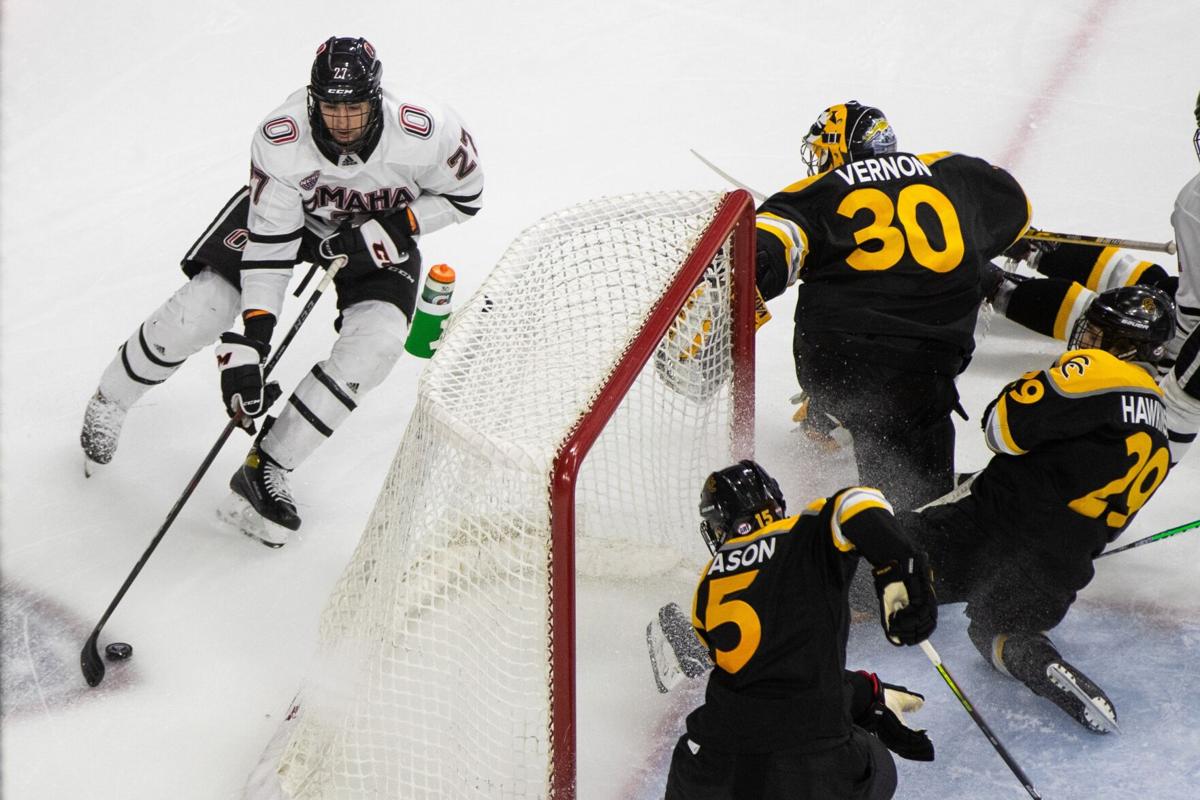 Omaha's Matt Miller (27) moves behind the net, near Colorado College's Matthew Gleason (15), Brian Hawkinson (29) and Matt Vernon (30) in the Colorado College vs. Omaha hockey game at the Baxter Arena in Omaha on Friday. The Mavericks won the game 7-1. 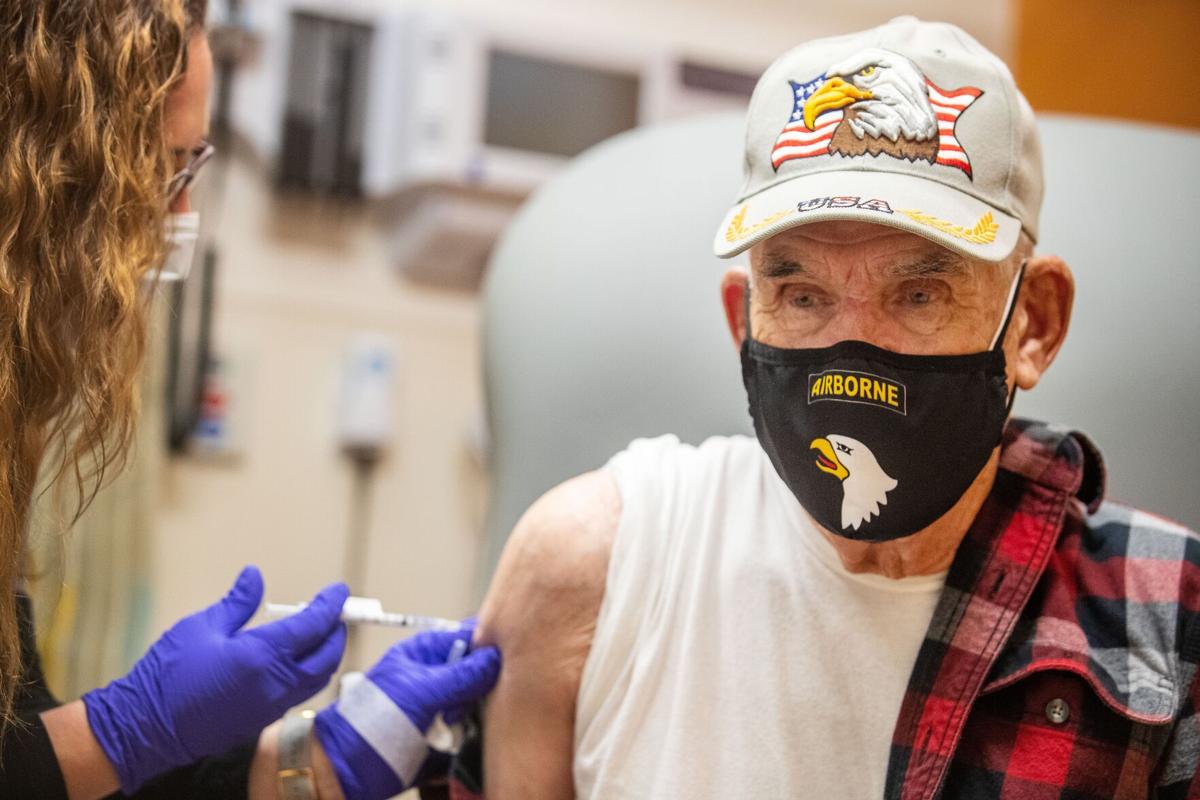 Erin Gramke gives Sigurd Sorenson his second dose of the Pfizer COVID-19 vaccine at the VA Medical Center in Omaha on Thursday. Sorenson, 84, served in the Army. 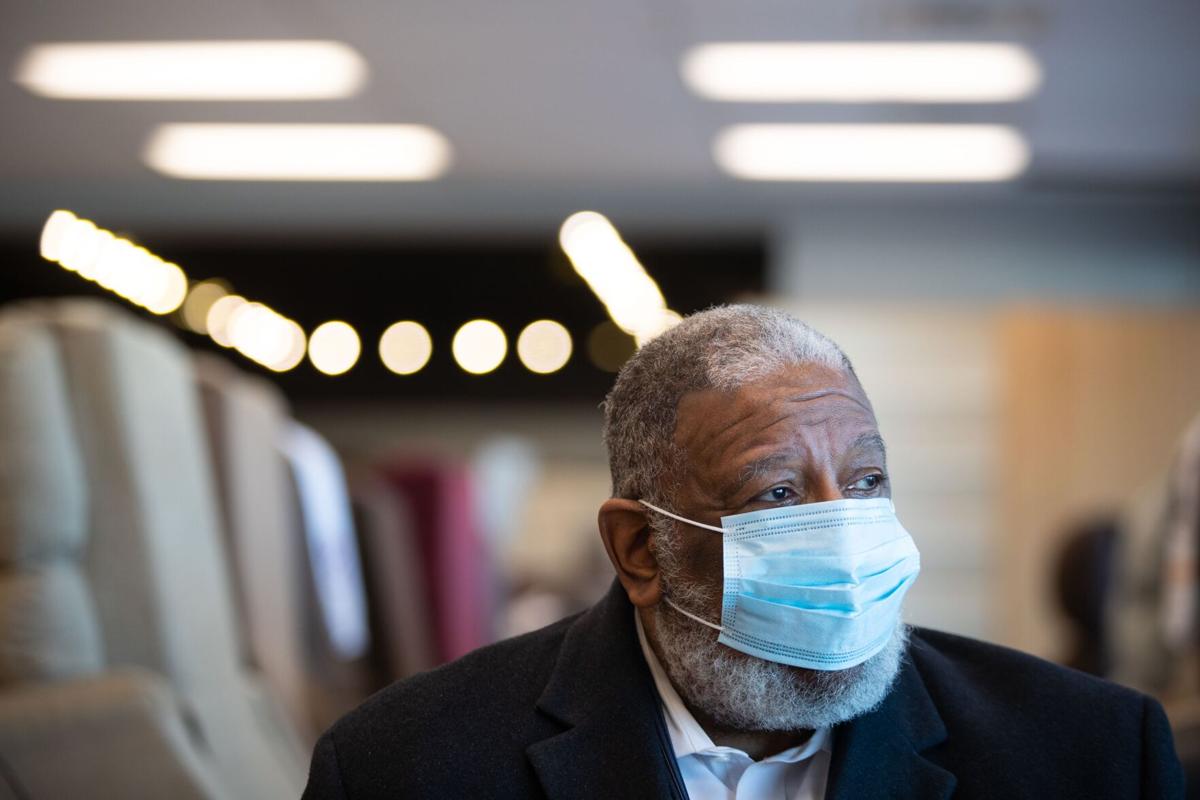 Rev. Ralph Lassiter sits inside Kohl's Pharmacy during the observation period after his second COVID-19 vaccine on Wednesday. Rev. Lassiter wants to set a good example for his community by receiving the COVID-19 vaccine and stressing its' safety. 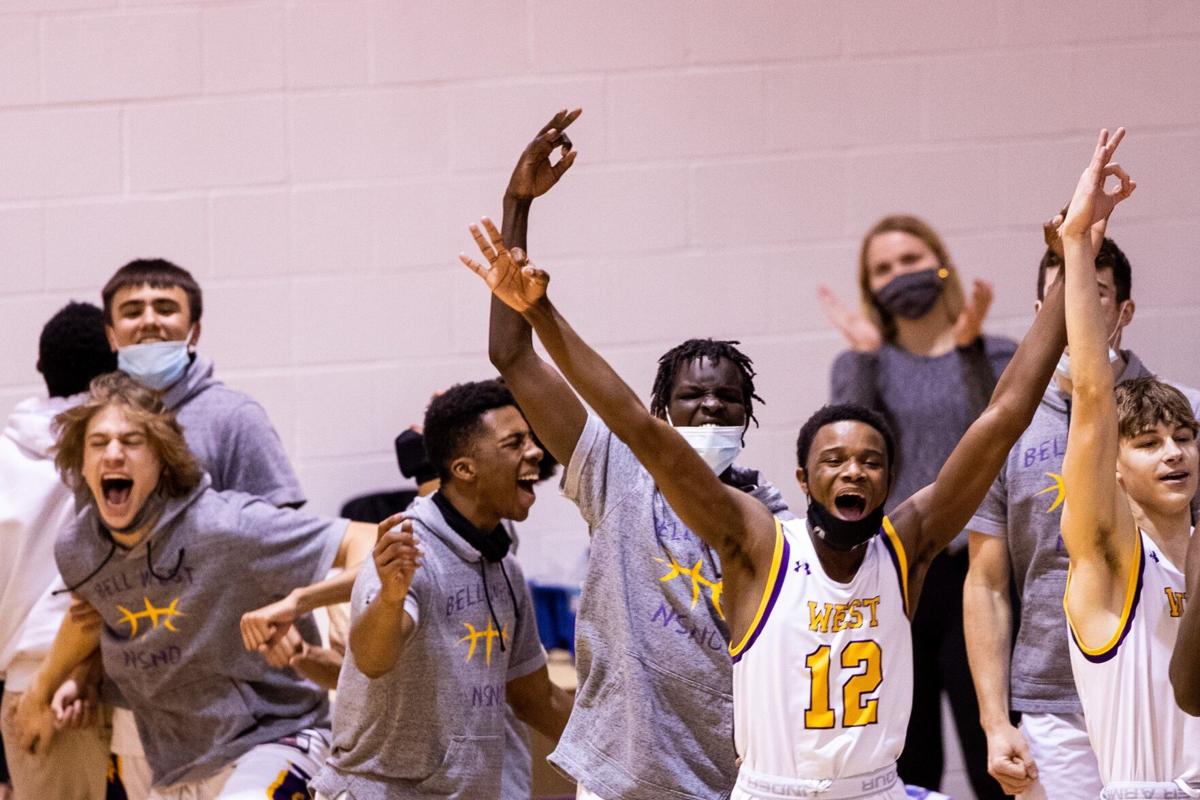 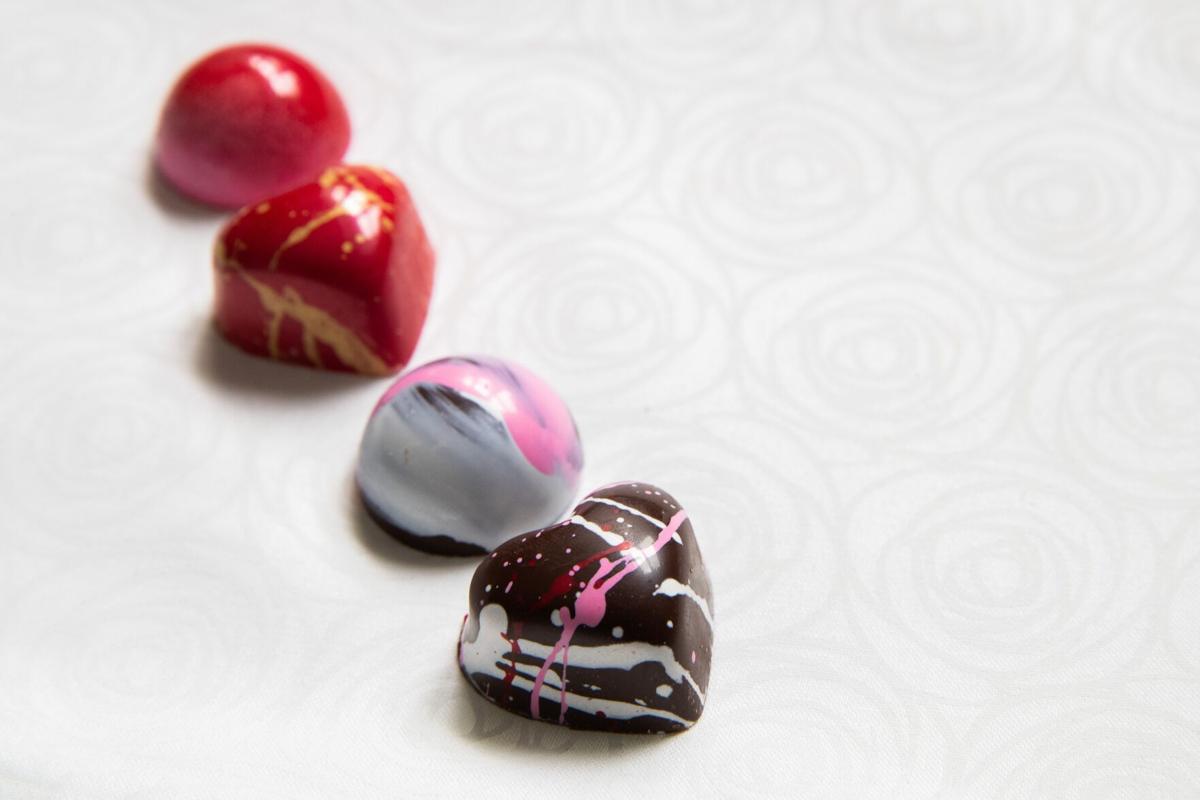 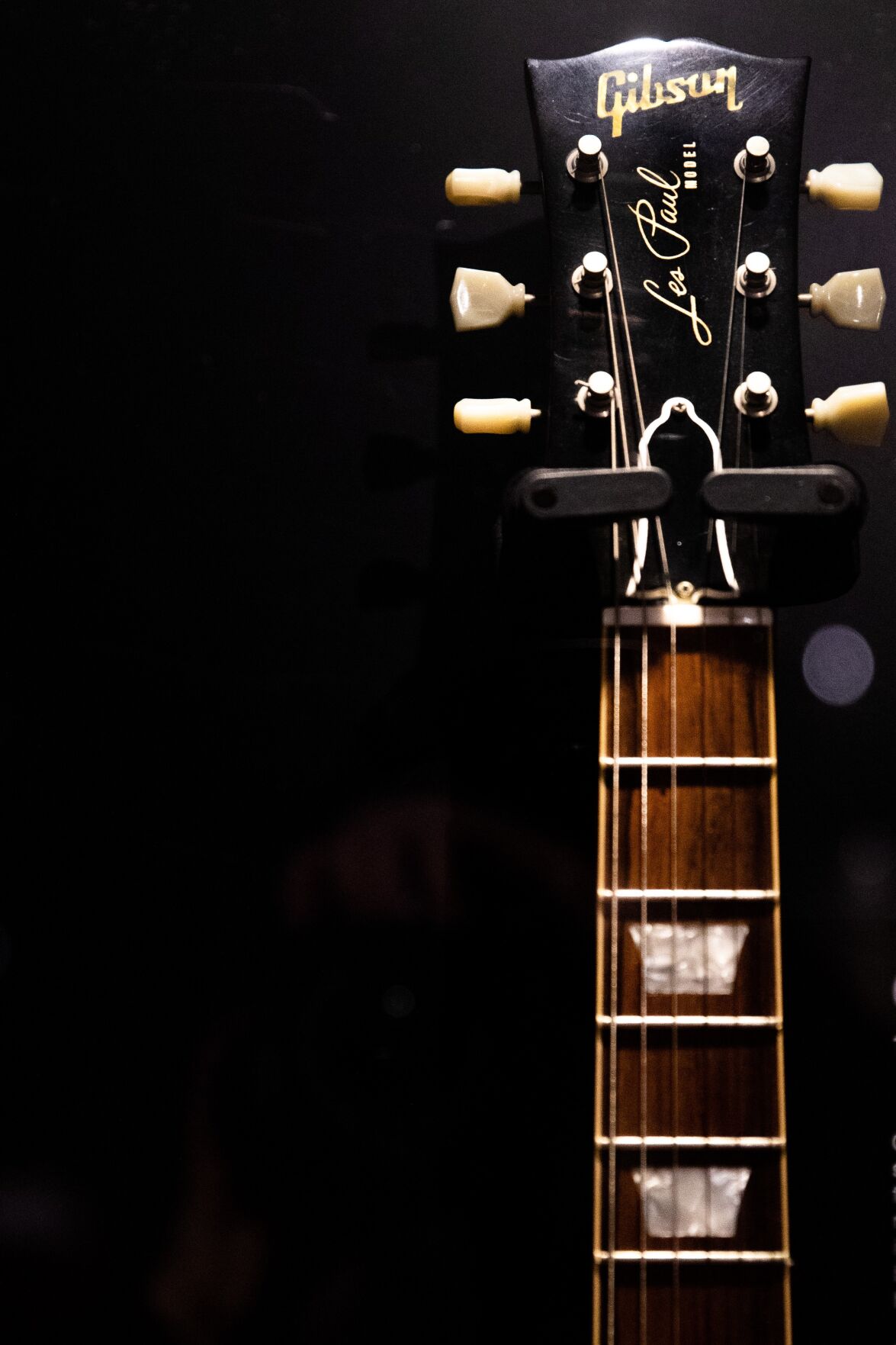 A Gibson Les Paul is one of more than 70 guitars in the exhibit. 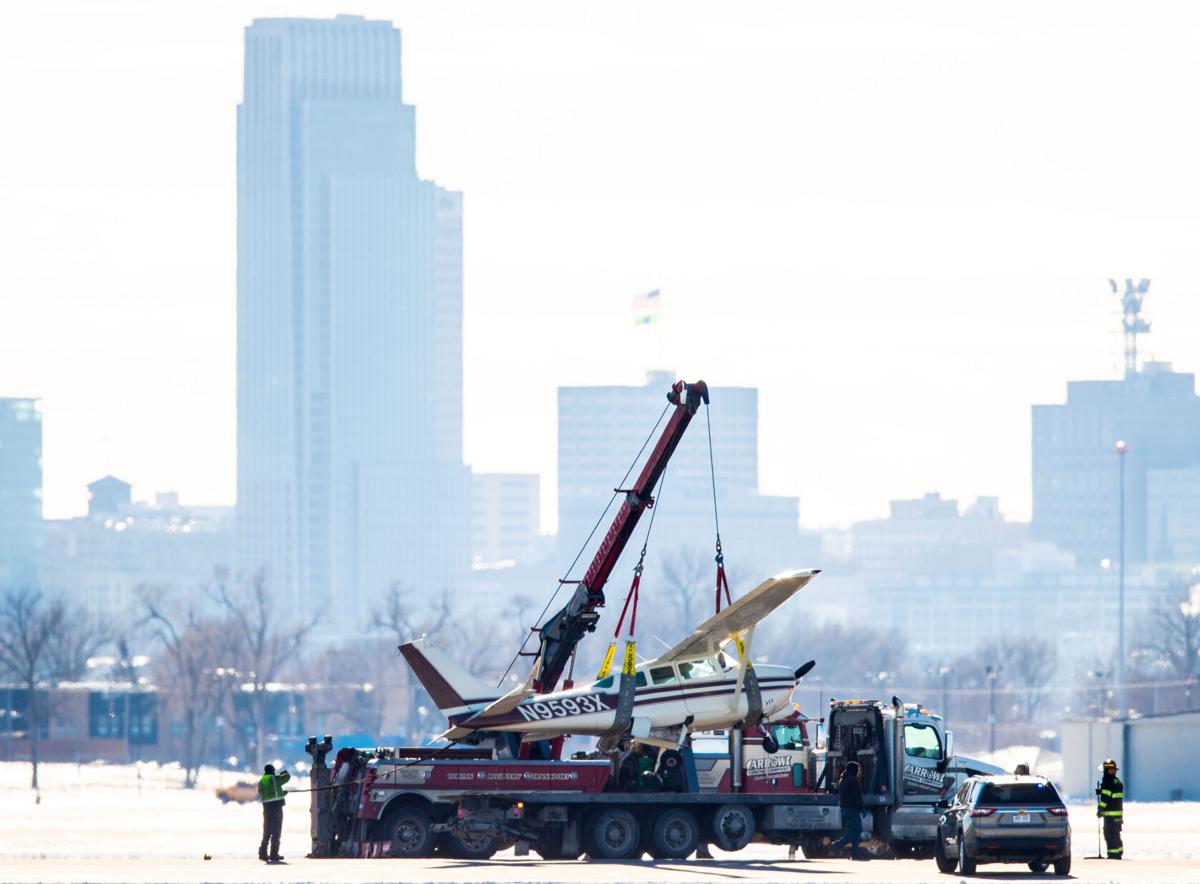 A crane lifts a small plane that had its landing gear collapse while landing at Eppley Airfield on Friday. Two people were on board the plane; neither was injured. 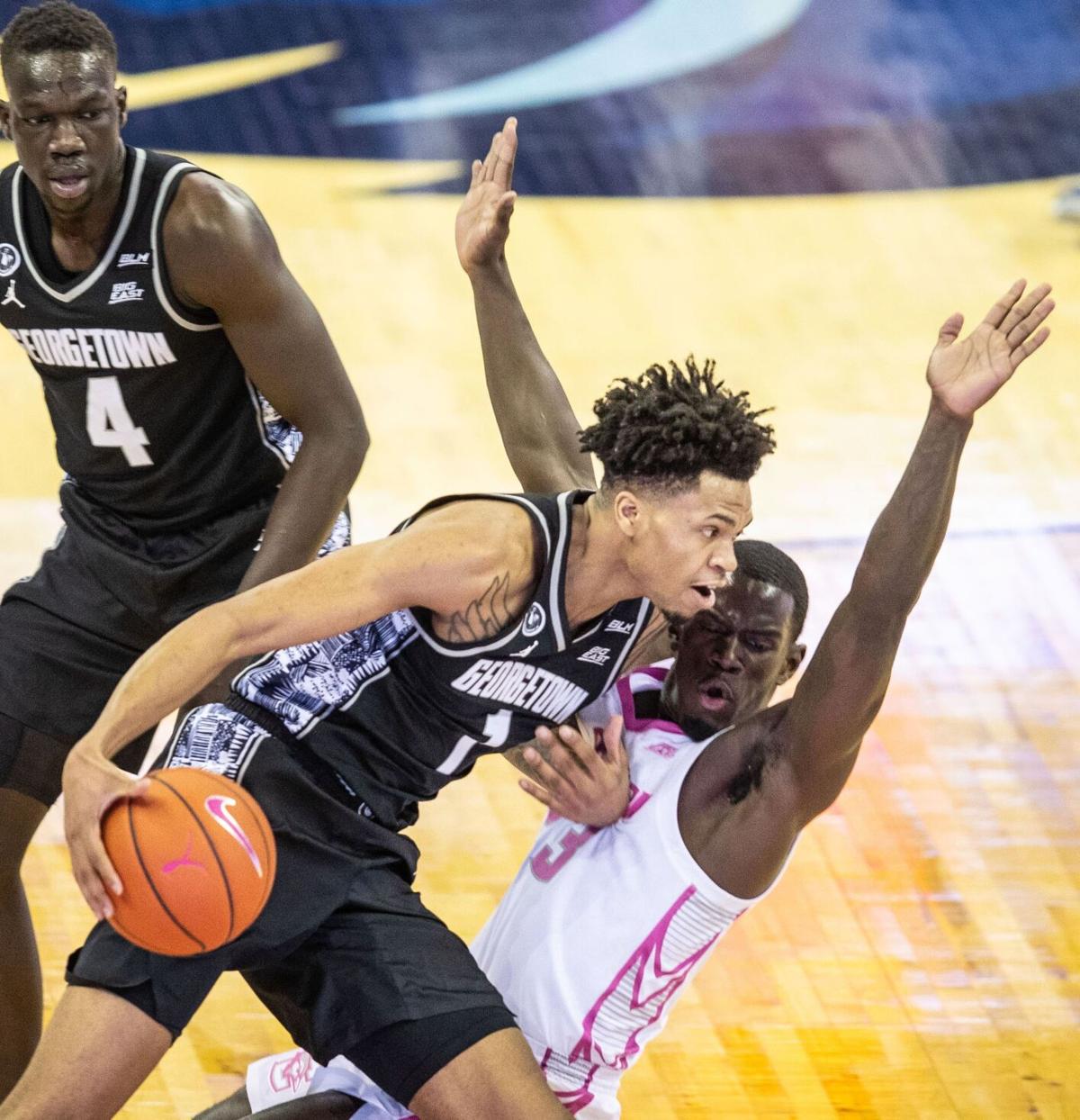 Creighton's Damien Jefferson is called for a foul against Georgetown's Jamorko Pickett at CHI HealthCenter on Wednesday, February 03, 2021. 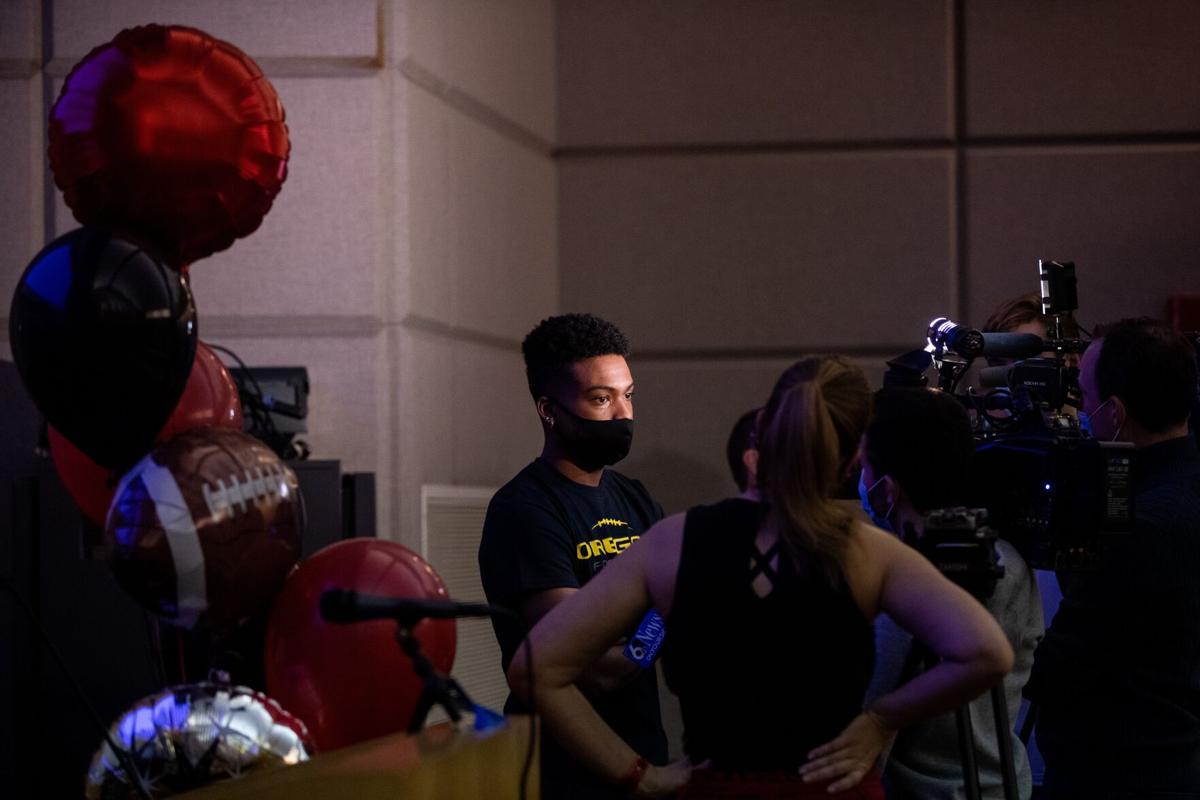 Avante Dickerson talks to members of the media after he announced he was signing to play football at the University of Oregon at Omaha Westside High School on Wednesday, February 3, 2021. 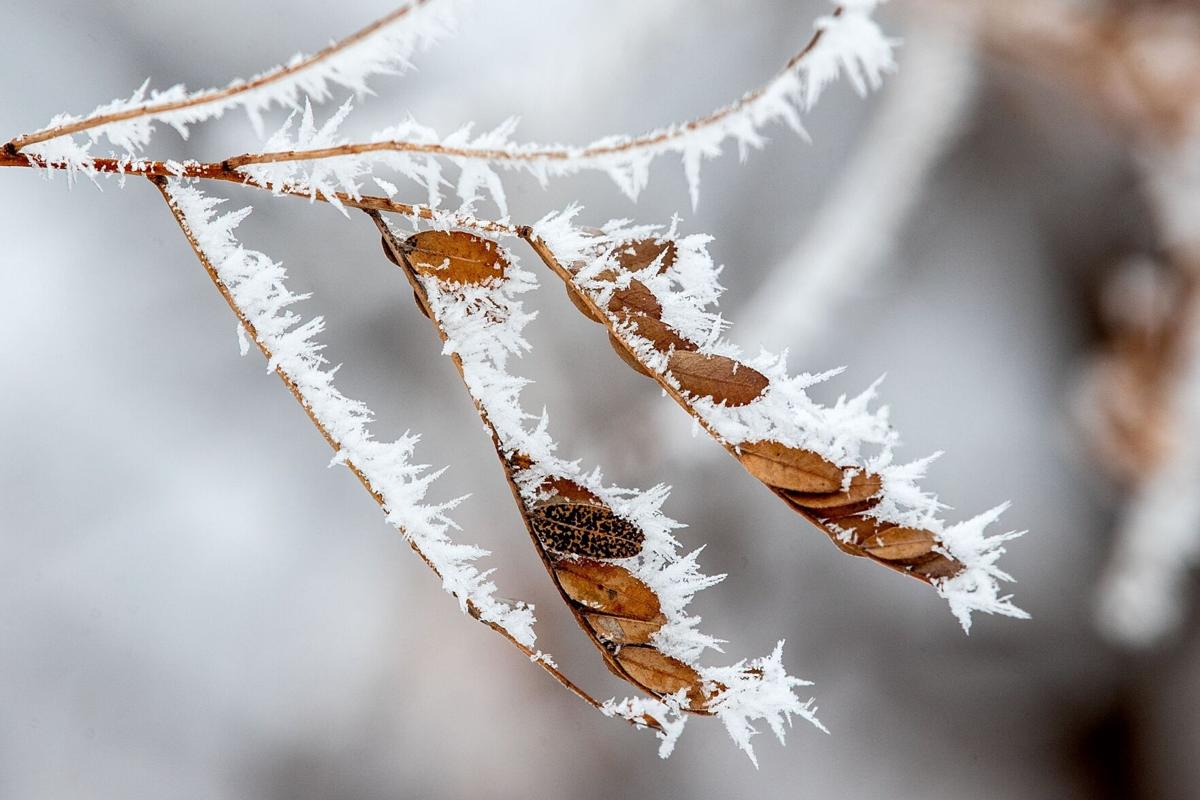 Rime ice forms on the trees at the Chalco Hills Recreation Area on Tuesday, February 02, 2021. 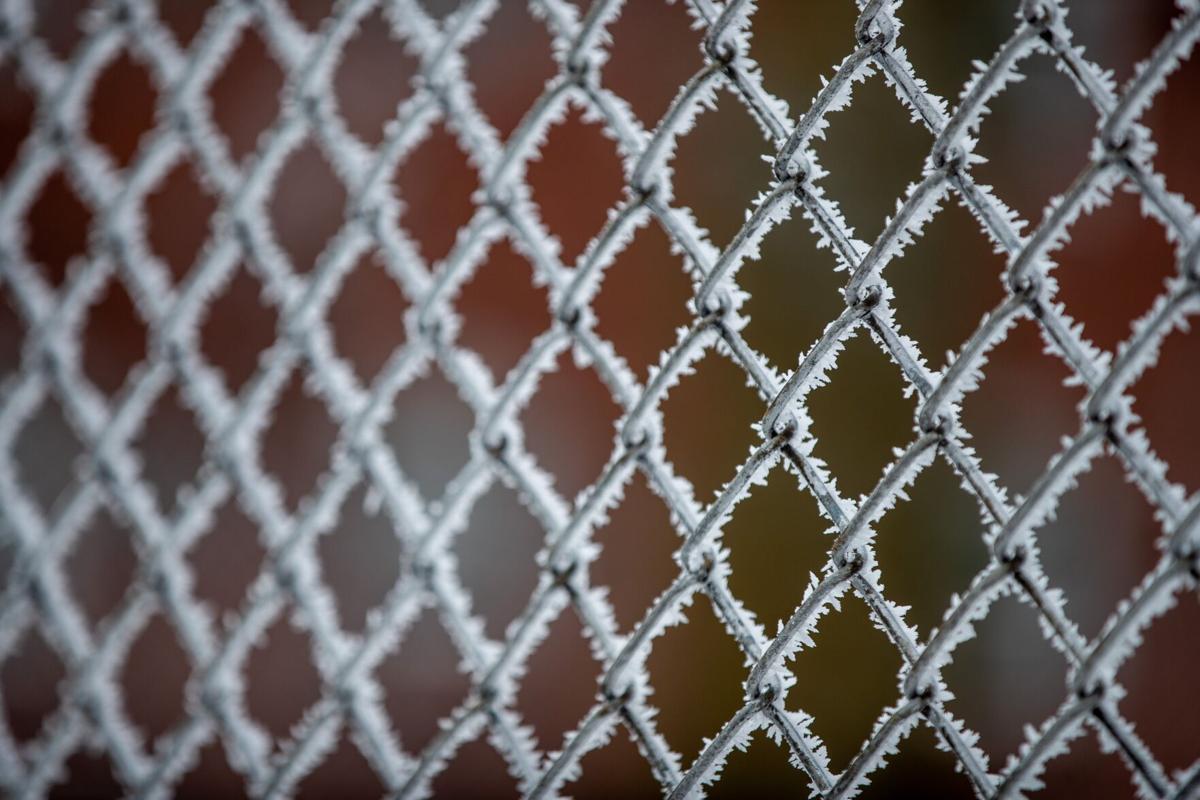 The council is expected to vote at its 2 p.m. meeting Tuesday on whether to extend the mask mandate to May 25.

Editorial: Let's understand COVID's harm to schools so we can address the problems

COVID has complicated life in countless ways over the past year. One of the most lamentable harms is the negative effect on education.

The school, which opened in September at Do Space, is a partnership among Metro and three local schools to provide technology and tutor support to families who need it.