The number of teachers resigning from the Omaha Public Schools is projected to skyrocket up 80% from last year as more educators prepare to exit the district in the wake of problems exacerbated by the pandemic.

The departures are coming amid a national staff shortage in public school districts, which has led to increased class sizes, diminished school operations and disrupted learning environments across the U.S.

The district projects that 585 teachers will resign by July 1, according to OPS data. This is 260 more teacher resignations than the 2020-21 school year.

Bridget Blevins, spokeswoman for OPS, said district officials are still working to verify resignation and retirement numbers. Official numbers for individual employee groups, such as security guards, nutrition service and custodians, were unavailable as of Tuesday.

Blevins said the district doesn’t keep records of how many overall transfers occur for teachers between schools. That data is only kept per school.

“Educating children is the core of our work every day. Every individual employed throughout Omaha Public Schools impacts our kids’ learning, and we remain relentlessly focused on recruiting and retaining qualified staff to best support that effort,” read a statement from the district.

Chris Proulx, a physical education teacher at Monroe Middle School, said his building will have more than 40 open positions following the exodus of teachers later this month. The school has a total of 67 staff members, according to its website.

He said Monroe started the school year with six open positions that never got filled. Teachers took turns covering the gaps and a long-term substitute came in partially through the first semester to take one of the jobs.

While some Monroe teachers are leaving OPS, others are transferring to different schools in the district, such as other middle schools or the two new high schools, Proulx said.

“The ones who are transferring have hopes maybe things will be better if they try a different venue,” Proulx said. “They are not ready to just completely quit the district, but from my conversations with them, if it is still not better the next year or two, the odds are very high they will leave the district altogether.”

Proulx, who has been teaching in OPS for 16 years, said that being an educator has always been hard, but this year it has been unbearable. While he’s pretty sure he will return this fall, he said he’s thought about what it would be like to leave education entirely.

Proulx said he thinks people are “quitting in droves” in OPS because of a variety of issues, including teacher retention and the increasing social-emotional needs of students. Since the pandemic began, student misbehavior has been steadily rising in OPS and other schools around the country.

“There used to be maybe a fight every other week, but now it seems like there are several fights each week,” Proulx said. “Everything is just magnified and the district — from my vantage point — it doesn’t appear they are all that much concerned about it.”

An OPS security guard said they chose to leave the district this year for several reasons, including low pay, increased student misbehavior and additional work due to staffing shortages. The guard said they also work double duty as a paraprofessional for multiple grades. They spoke on the condition they not be named because they have not been authorized by the district to speak publicly about their job.

“We are dropping like flies, and it’s not like no one knows, everyone is well aware,” the security guard said. “I believe I was told by our school secretary that a minimum of 10 of us aren’t returning next school year.”

The increase of school staff departures is occurring not just in OPS, but in public schools around the U.S.

Almost half, or 44%, of public schools report having full- or part-time teacher vacancies, according to a survey of 670 public school districts conducted by the National Center for Education Statistics. Of the districts that reported at least one vacancy, 61% cited the COVID-19 pandemic as a cause of increased teaching and nonteaching staff vacancies.

The World-Herald has filed public records requests for employee departure data with each school district in the Omaha metro area. The data was not available at press time.

Some OPS schools appear to be harder hit than others.

Jane McGill, a reporter with The Register, Central High School’s student newspaper, wrote in a May 5 article that 37 employees are leaving the high school at the end of the year.

In the article, educators said they are leaving for both personal and professional reasons, like being closer to family, transferring to a different OPS school or because the job didn’t offer a work-life balance. Teachers also cited mental health being a huge issue for students, in turn challenging staff.

OPS officials have implemented a number of initiatives this year to try to increase staff retention. The district has given students extra days off this year so teachers can plan and prepare, sent district administrators back to the classroom as substitutes, created a “concierge team” to bring in more employees working part time in the district, increased summer school pay and more.

Board member Tracy Casady said at an April 4 school board meeting that teachers have been approaching her to explain everything they don’t like about the district and problems that have been made worse by COVID. While she said she doesn’t discount their experiences, OPS officials have been working hard to try to make improvements.

“We’re struggling with teacher shortages. And teachers who are unhappy and not satisfied and don’t feel appreciated,” Casady said. “There are countless people behind the scenes that work diligently to come up with solutions to try to make that situation better.”

Casady said it’s “disheartening” because people feel like it’s not enough while district officials are “spinning wheels to come up with more.”

“I want to thank all of our educators that are out there every single day, getting up, fighting the fight, continuing to do what they love because they love students. That is what this has got to be about — it is about all the kids,” Casady said. “We are adults, yes, we have to overcome all of these challenges and remember that it is about our students. And quite frankly, if you are an educator or anyone else in our district and that is not your underlying goal, it might be time for you to find a new profession, plain and simple.”

Since March, the OPS board has approved pay raises for certain staff to work summer school. But not all employees will receive a boost in pay, as decisions depend on negotiations with labor unions. 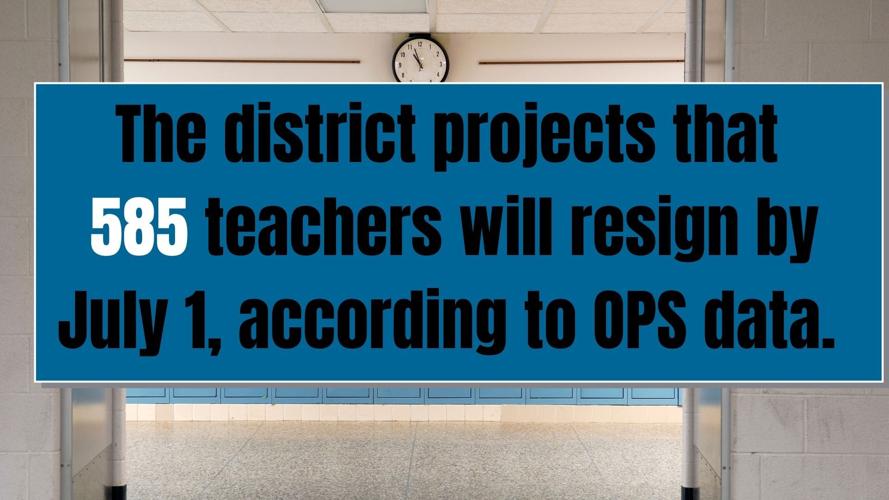 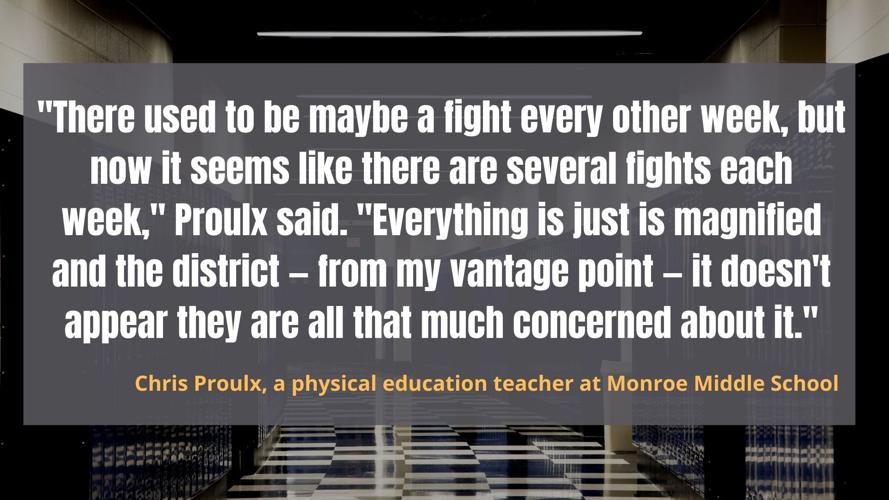