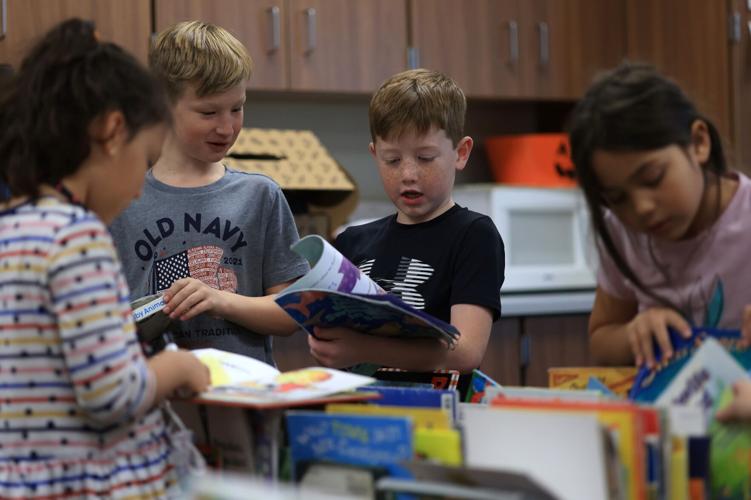 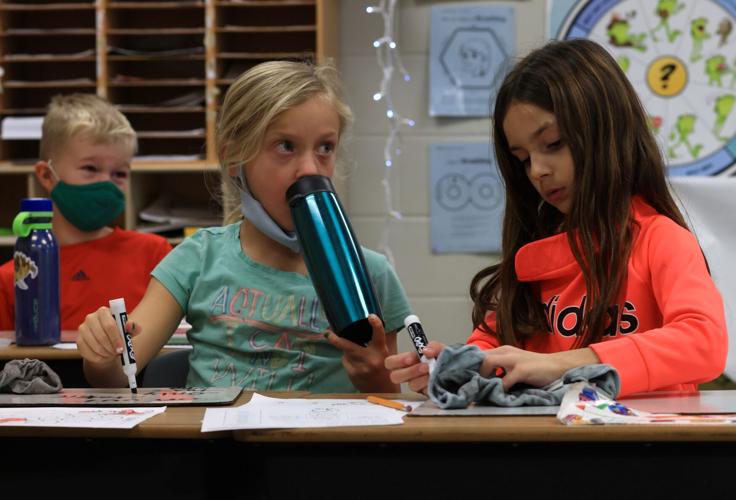 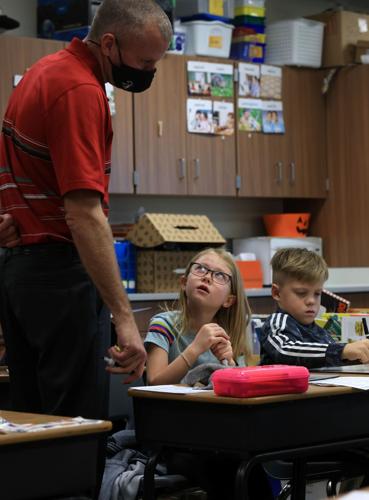 Few students were spared from the disarray that COVID-19 caused in education, the scores from last spring’s state testing show.

The results are being released with a note of caution about how to interpret them given the unusual 2020-21 school year marred by quarantines and remote learning challenges.

Why is 'equity' radioactive? Nebraska educators pushing for it, but critics pushing back

Overall academic proficiency was down, and all racial groups saw a decline, according to the scores released by the Nebraska Department of Education.

Statewide, 48% of students scored proficient in English language arts and 46% in math. There were no science results because of an update underway with that test.

Junior year ACT scores declined and continued the trend of many kids falling below benchmarks for predicted college success.

The Omaha Public Schools, with 77% of students qualifying for free or reduced-price lunch, scored more than 20 percentage points below the state average in the assessments.

State officials caution about comparing some of last spring’s scores to those from two years ago.

State officials say the tests used in 2021 and 2019 were not identical. The test for grades 3-8 had a new format last spring. Because of the pandemic, it was shorter and more focused on essential subject matter than previous assessments, officials said.

“Knowing that we’ve had a measurable overall impact on achievement, this gives us a starting point to start to measure what needs to be done for the recovery,” he said.

Where proficiency slipped, the strategy has to be to decide what to invest in to bring it back to pre-pandemic levels, Blomstedt said.

He said a key to recovering is getting back into routines but “that’s been tougher than we would have thought this fall.”

“While statistically, scores were understandably down, Nebraska schools and students have withstood unprecedented challenges and now have a valuable baseline to move forward,” she said. “But they cannot move forward alone.”

Walz said it’s a time for “unity not division,” so educators, parents and communities can come together to address the impacts.

After health standards controversy, Nebraska education board will 'troubleshoot what went wrong'

Jenni Benson, president of the Nebraska State Education Association, said that there’s “unfinished learning” and that teachers need and appreciate the continued help and support of parents and communities.

Benson said the pandemic was a reminder that for the large majority of students, the best teaching takes place in person, in the classroom.

The results echo national research by ACT and nonprofit education organization NWEA that found that student learning was harmed last year. The Education Department’s own research using MAP Growth test data from Nebraska schools from fall 2020 indicated that students continued to learn but at slower rates than what was typically expected.

Here are some takeaways from Monday’s release:

All racial subgroups of students tracked by the state dipped in proficiency. The fact that math fell farther than English mirrors MAP Growth results from a year ago. Educators say math is particularly vulnerable to disruptions in the learning environment because each skill provides a foundation for the next.

Chronic absenteeism increased substantially. The state defines chronic absenteeism as when a student misses 10% of their time in school. More than 22% of students were classified as chronically absent in 2020-21, compared with 14.7% in 2018-19. Research shows that missing four days can have a measurable impact on achievement, officials said.

The 8,553 students who didn’t test likely influenced the results, but how is unknown. Nebraska’s testing participation rate is normally more than 99%. Despite the drop, participation last school year was still almost 95%. Education officials say that high participation rate reflects that Nebraska was able to return to school sooner and more consistently than most other states.

Homeless, migrant, highly mobile and foster kids, as well as those learning English, had some of the lowest proficiency levels. In math, for example, 16% of homeless kids and 18% of foster kids were proficient.

Average scores from last spring were below the thresholds that ACT says predict success in college. ACT sets benchmark scores in each subject area. Students hitting those benchmarks have a 50% chance of earning a B or higher in corresponding credit-bearing college courses. The benchmarks are 20 for English language arts, 22 for algebra and 23 for biology. Juniors have another year to improve their scores before graduation.

According to the most recent report from ACT, of the 14 states that tested more than 80% of students, Nebraska had the second-highest average composite score, officials say.

OPS staff are still analyzing the test scores and will continue to focus on student learning and well-being, the district said in a statement.

“We will continue to use all available information and leverage every opportunity to support student success,” the district said.

Some of the district’s most vulnerable students remained the least proficient. Only 11% and 17% of highly mobile students were proficient in math and English, respectively.

OPS also had many students who didn’t take the assessments at all. Of the 8,553 Nebraska students who weren’t tested, 3,616 were OPS students.

State officials say the test results will be used to inform the state’s ongoing work to support schools, reduce and eliminate achievement gaps, and improve the educational outcomes for students.

The results will also be used to help direct pandemic recovery efforts supported by state and federal relief money, they said.

In normal years, students in grades 3-8 are tested in English language arts and math. Testing was canceled in the spring of 2020 as the pandemic took hold and schools closed and went remote. The state was able to hold testing last spring.

The scores presented here include results from that testing as well as from spring of 2019.

Officials with the Nebraska Department of Education caution about comparing the results because of the obvious impacts of the pandemic and because about 8,500 students were not tested who would have been under normal circumstances. Still, nearly 95% of students were tested.

State officials also say the test used in 2021 was a new type of test different from the one used two years earlier. The state normally tests students in grades 5 and 8 in science. Last spring, the science test was a field test and it did not produce scores, officials said.

Proficiency indicates those students who met or exceeded state performance targets, and it's expressed as a percentage.

Absences are back in the normal range at Platteview High School

On Monday, almost 41% of students at Platteview High School were absent. On Friday, it was down to under 15%, a normal number for this time of year.

Two candidates to be interviewed for OPS board vacancy on Monday

Evan Schmeits and Margo Juarez are vying for the Subdistrict 8 vacancy on the Omaha Public Schools board. The board will interview them on Monday.

The deceased were identified as Hector Martinez Mezquita, 46, of Fremont, and Francisco Alfaro, 26.

Republican Pat Moore announced his candidacy for the Nebraska State Board of Education on Tuesday. He is running in District 7, which represen…

It's prime time for viewing bald eagles in Nebraska, and this week's falling temperatures should increase the chances of spotting one, a state…

The newest member of the Nebraska State Board of Education described himself as a "conservative first, Republican second" who wants to restore…

Does having more moons in the sky mean a longer time on Earth?

Does having more moons in the sky mean a longer time on Earth?

Carbon capturing concrete could be the future of green construction

Carbon capturing concrete could be the future of green construction