A newly opened wing of classrooms and study rooms is allowing an after-school nonprofit in Omaha to operate as a satellite school during the pandemic.

NorthStar, which serves boys in North Omaha, opened the 17,000-square-foot addition in August.

About 100 boys in third through 12th grades are tackling remote learning at the facility, near 49th and Ames Avenues.

Offering daytime programming is one of a handful of adjustments the organization has made during the pandemic, President Scott Hazelrigg said.

“No one knew the global pandemic was coming,” he said. “Everything happening from March until May was, ‘OK, what’s the best we can do? How do we continue to move forward?’ ”

Early on in the pandemic, NorthStar operated food distribution sites by partnering with local restaurants and the Food Bank for the Heartland.

Over the summer, NorthStar partnered with the Omaha Public Schools to offer summer school classes for high school boys. NorthStar hired teachers from Northwest High School for the summer program, and the boys followed OPS curriculum.

NorthStar staff identified students who were struggling to get the credits necessary for graduation.

Officials also moved forward with a scaled-down version of the organization’s annual summer camp. That served as preparation for the school year.

Hazelrigg said officials wanted to continue to meet the needs of students and their families this fall.

“Being open was really nonnegotiable for us,” he said. “It was really a question of how do we do it thoughtfully and safely.”

NorthStar started with a group of 100 students and has about 30 more on a waiting list.

Students are grouped by grade level and follow their school’s remote learning schedule. Each group is assigned two instructors from NorthStar.

NorthStar has a set of safety protocols, outlined by a full-time safety manager. When students enter the building, they have their temperatures taken at a kiosk before washing their hands. During the day, everyone wears masks unless they’re in an area by themselves.

Students stay with the same group and instructors all day. The extra space from the recent addition allows students to stay socially distanced during class.

Lunch tables, which are large enough to seat eight, are limited to four and have Plexiglas dividers between students.

Cleaning crews are on-site during the day and conduct more thorough cleanings in the evenings.

During a reporter’s recent visit to NorthStar, a group of fifth grade students spread out during some of their morning classes. Some boys opted for a more relaxed setup with tablets and laptops on the floor. In the hallway outside, circles were placed on the floor to mark where kids should stand in the lunch line.

Meanwhile, seventh and eighth graders were working in what will be the facility’s “innovation hub” for science, technology, engineering and math. One of the students said he’s glad to be out of the house and back with some of his friends.

Upstairs in the new wing, high schoolers spread out at large tables or in conference rooms. Ryan Scott and Ty’Aire Foster, both sophomores, set up shop on a bench near the window. Scott was in the middle of a human geography class, and Foster was listening to an economics course.

Remote learning has been tough, the teens said. Every day, they’re saddled with something new, and that can lead to frustration.

But at NorthStar, “if you need help, there’s always someone around,” Foster said.

Through the family engagement program, caregivers can enroll in courses on parenting, life skills, wellness, school success and leadership.

Westside's superintendent said that unless there's a large COVID-19 outbreak in the next week, the district will have all willing students attend school four days a week.

Numerous UNL faculty members surveyed by the American Association of University Professors responded that they don't have faith in the university's coronavirus plan.

There are no specific dates in the proposal, but it gives parents and students an idea of what a return to school could look like.

'Let's bring him home': Movement to free man convicted of murder at 17 grows

More than 20 years ago at age 17, Earnest Jackson was sentenced to life in prison in the Omaha shooting death of Larry Perry, also 17. A growing movement is committed to getting him out.

Students competing in the contest had to craft videos explaining difficult scientific concepts in engaging and imaginative ways.

A study found that there would be savings of roughly $250,000 a year to have the state operate the plan. But there would also be upfront costs of about $4 million to integrate the two systems.

At Monday evening's board meeting, teachers told the school board that they are exhausted trying to balance the district’s constantly changing plans. 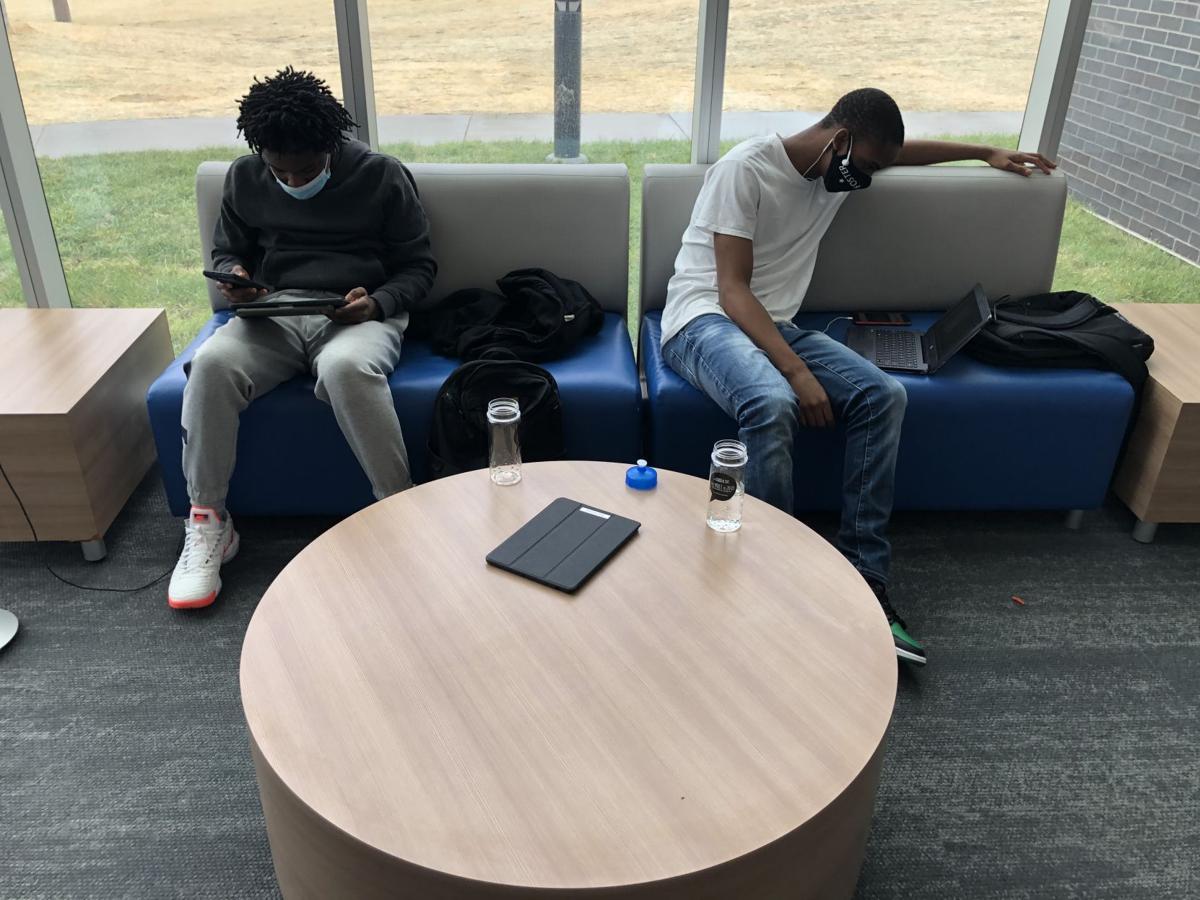 Ryan Scott and Ty'Aire Foster, both sophomores, work on remote learning at NorthStar. The facility is acting as a "satellite school" during remote learning. 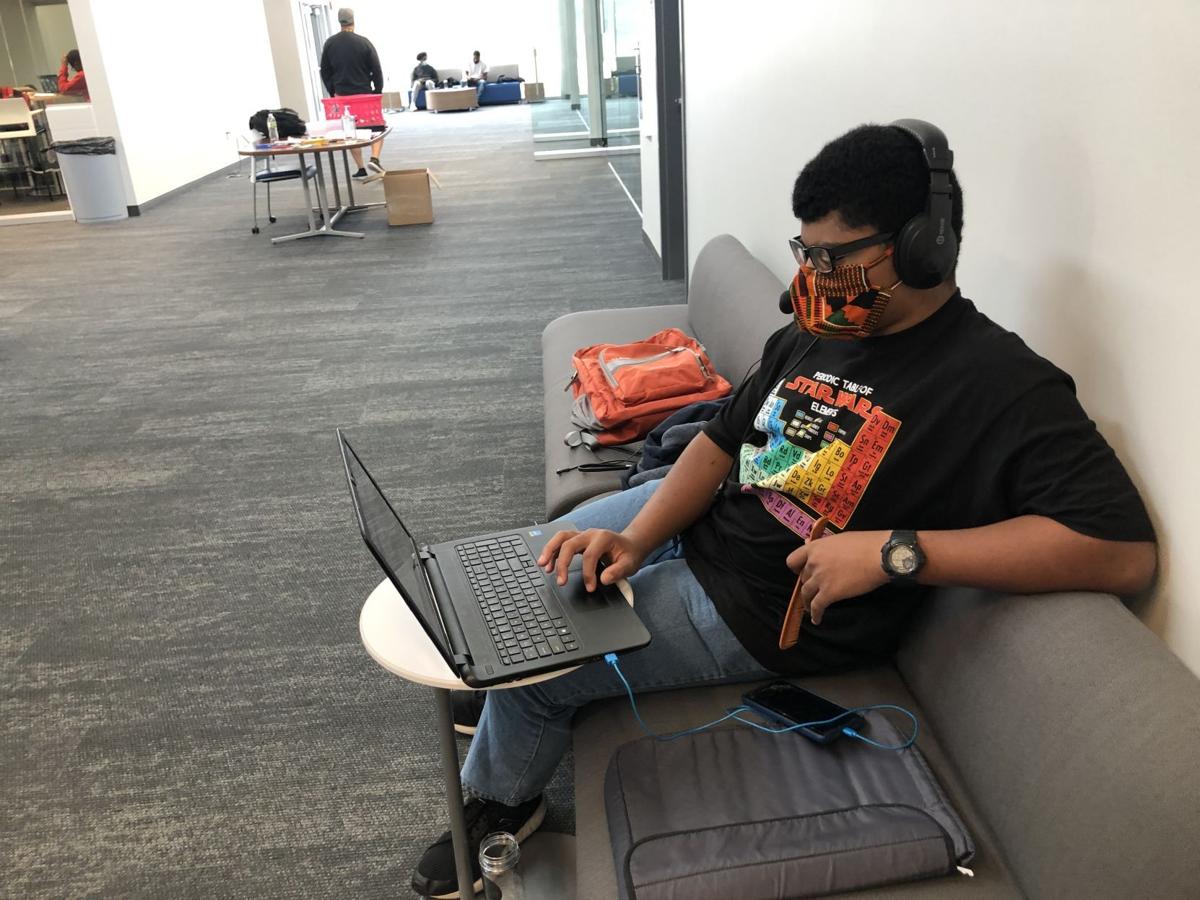 Andra Williams, a senior at North High School, learns remotely at NorthStar. The nonprofit opened a 17,000-square-foot addition last month, which allows students plenty of space to social distance while they study.