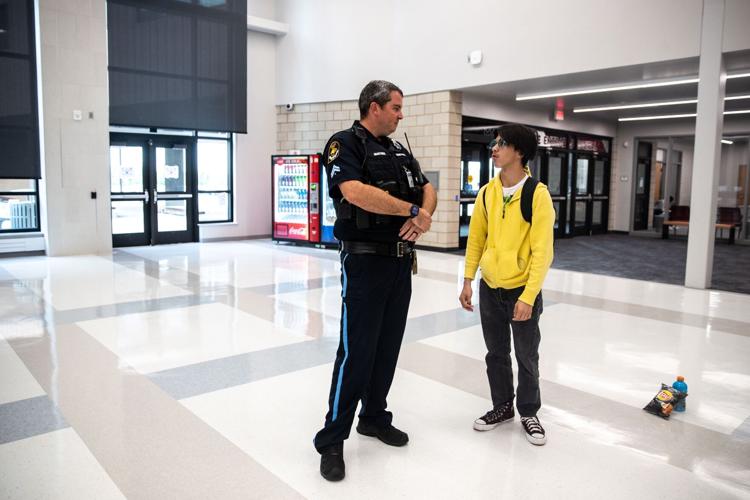 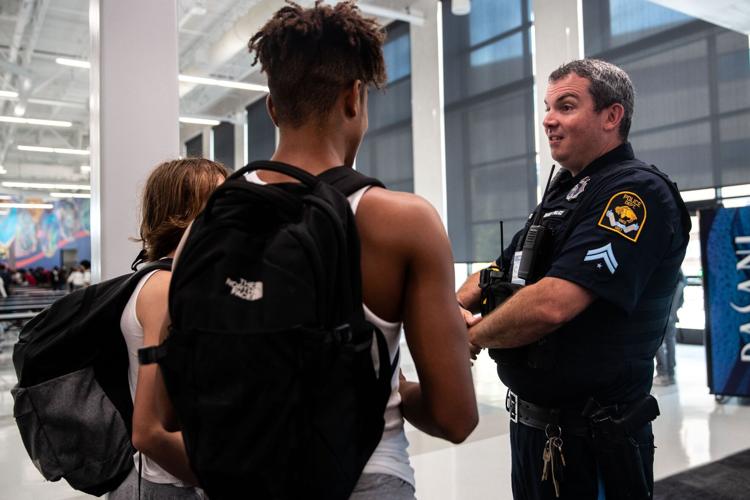 Mathis talks Monday with students during passing period at Omaha's Buena Vista High. Most schools in the Omaha metro area are working on changes that they think should make this school year safer than last year. 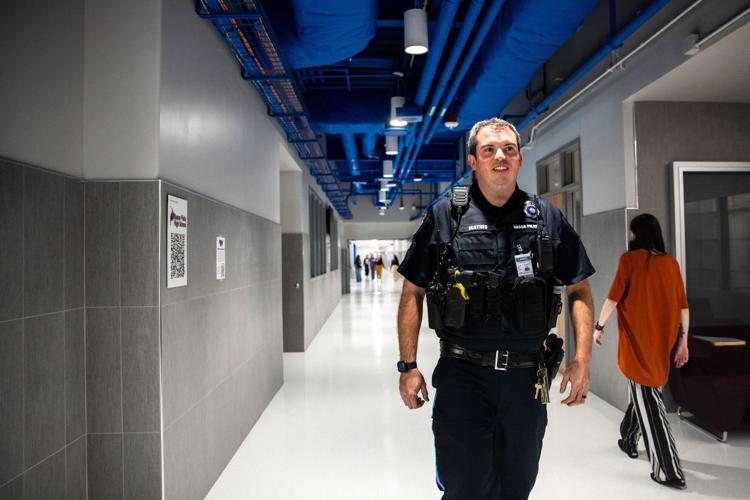 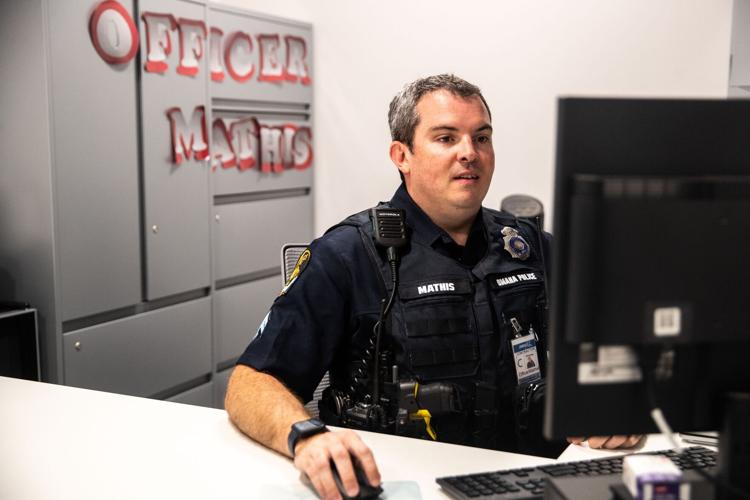 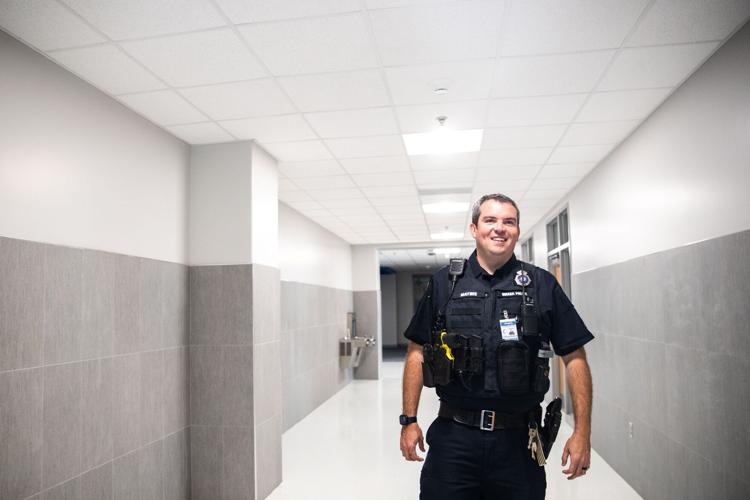 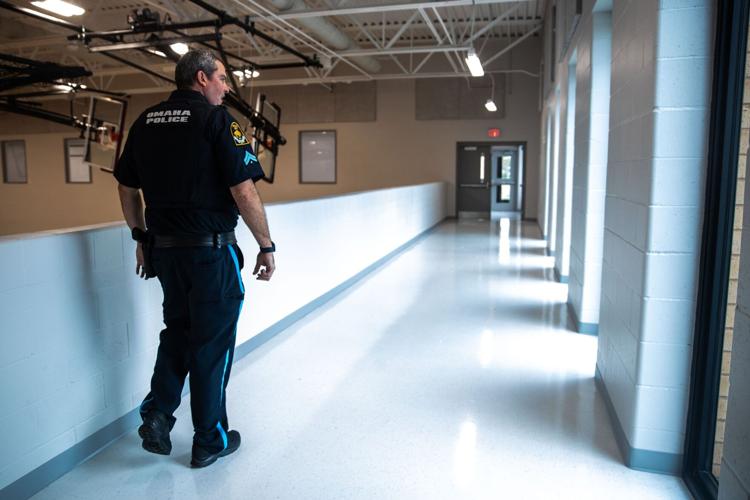 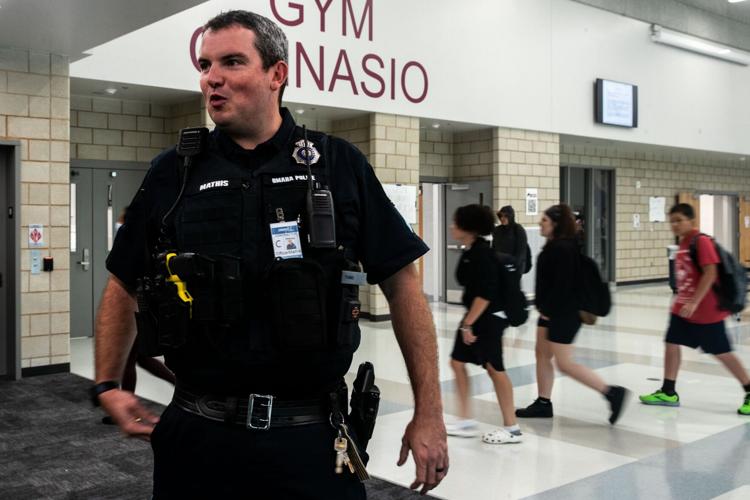 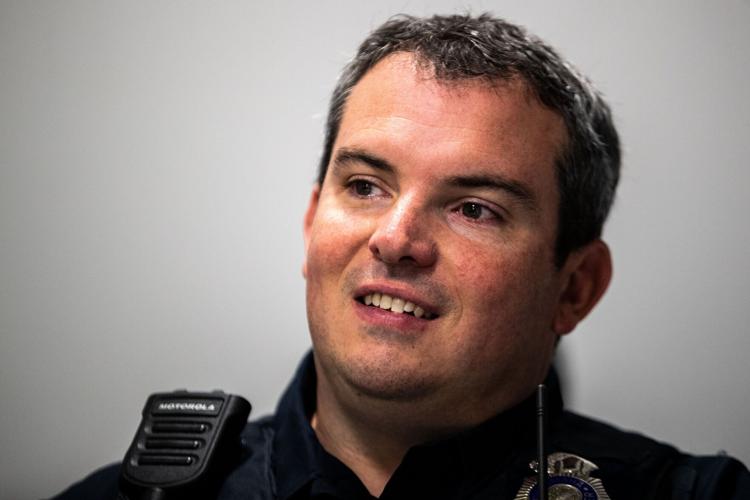 Roughly a week into the school year, staff and students are either settling back into a familiar building or getting acclimated to a new one in the Omaha metro area.

Another year always comes with its own set of concerns, but following a mass shooting at an elementary school in Uvalde, Texas, the issue of school safety and security likely is weighing on every parent’s mind.

The deadliest school shooting in nearly a decade has sent some districts around the country to increase security measures such as hiring more law enforcement officers or restricting visitors. While schools in the Omaha metro area haven’t made any decisions specifically in response to the Uvalde massacre, most are working on changes that they think should make this school year safer than last year.

The Elkhorn Public Schools announced earlier this summer that the district will be upgrading a variety of school security tactics. In an email to employees, Superintendent Bary Habrock said there is no higher priority than the safety of students and staff.

“Our hearts and minds are connected to the communities that have endured the tragic and violent acts of a few who intend to harm people including students and staff in school settings,” Habrock said in the email. “This topic has been front of mind with urgency this summer as we plan for the return to school this August.”

Habrock said the district will update any remaining analog cameras in and around all schools. Security film, which keeps people from seeing inside, will be installed on every glass entry and egress window. A new alert system will activate when a door is propped open. And staff will be able to use a two-way radio communication system that connects all Elkhorn schools.

Several districts also changed their locks for the 2022-23 school year.

Securing doors from unwanted visitors was one of the top issues in the investigation following the Uvalde shooting, in which 19 students and two teachers were killed. First reports said the 18-year-old gunman entered Robb Elementary School through a door that was propped open by a teacher.

Later, Col. Steve McCraw, director of the Texas Department of Public Safety, reported that the teacher had closed the door not knowing it was unlocked and could be locked only from the outside.

Jolene Palmer, Nebraska school safety and security director, said a large majority of the state’s schools have their perimeter doors locked all day, with a single school entrance. But she acknowledged that a teacher sometimes will prop open a door to run out to his or her car or a child will put a rock in it to hold it open for a friend.

In an Aug. 12 letter to families, Millard Public Schools went over its safety and security plan with parents in preparation for the new school year. It highlighted the fact that a nearly $80 million bond issue passed several years ago included the installation of interior locking doors.

Westside Community Schools officials said at a Aug. 15 board meeting that the district re-keyed all of the main doors at Westside High School and reset the master key, which can access only six doors in the building. It also completed an audit of all current access badges, totaling about 500.

Gretna Superintendent Rich Beran said Gretna changed the locks on doors for this school year and added cameras. He said in an email that it was a routine change.

“We are always looking at all aspects of security and ways we can improve it,” he said.

The Ralston school district is in the process of changing the locks on all classrooms and offices, said Jim Frederick, a district spokesman. The district is converting 90% of door locks so they can be locked from the inside.

The change will be funded by an $83.7 million bond issue that passed last year. The bond issue mainly focuses on refreshing Ralston’s safety measures. It also includes installing vestibule-style secure entrances at Ralston Middle School and all the elementary schools and adding more cameras.

“These are all things we wanted to get done before (Uvalde) happened,” Frederick said. “We are just getting started. Three of our elementary schools also have open-concept buildings, and there was a big push to put hard walls in those schools.”

Ralston also is going into its fourth year of using a panic button cellphone app called RAVE in the case of an emergency. Frederick said the button alerts 911 and immediately sends law enforcement or fire and rescue to the location, if needed. A staff-assist button also allows an employee to alert building administration.

“RAVE has been a huge positive for us. Our staff has really become accustomed to it and use it when they need to and it makes things a lot easier,” Frederick said. “It makes it really easy to get a hold of folks.”

Some other measures that districts have implemented for the 2022-23 year include the the addition of security guards or school resource officers. Westside hired a full-time security guard and a hall monitor at Westside Middle School.

In its safety and security plan, the district lists goals including a “critical emphasis on not propping doors open,” adding a security guard at Westside High School’s west campus and looking into adding interior and exterior cameras for next year.

In an Aug. 8 Millard Public Schools board meeting, Bill Jelkin, director of student services, said the district is considering adding a security guard, new alert systems and creating a safety and security coordinator.

The Omaha school district also has added additional security guards and school resource officers, though the district still had 28 security openings on its website as of Friday. Lisa Utterback, student and community services chief officer at OPS, said the majority of other safety changes the district is working on are planned from bond initiatives in 2014 and 2018.

“I’ve been a police officer since before Columbine happened. We’re always looking at those situations,” Ott said. “What can we learn from the situation, how it was handled ... How can it be handled better? Uvalde didn’t change the level of concern that we have toward school safety — that’s always been there.”

Utterback said OPS always tries to learn more about what it can improve after incidents such as Uvalde.

“When we know more and learn more from incidents around the country, we work together to educate our staff,” Utterback said. “And if need be, we enhance our safety measures to ensure that safety remains top priority.”

This report contains material from The Associated Press.

Millard voters may be asked to renew tax levy override

Voters in 2017 let Millard schools exceed the state's property tax levy limit to avoid cuts in programs. Now that taxing authority is expiring — and voters soon may be asked to renew it.

Papillion La Vista Community Schools officials are floating the idea of a $129.9 million bond issue to help prepare for future growth and address a long-running dispute over an athletic facility.

OPS school board members unveiled the three goals at Thursday's board meeting, saying the priorities are part of Superintendent Cheryl Logan's evaluation process.

The White House estimated that about 232,100 borrowers in Nebraska, including 136,000 Pell grant recipients, will be eligible for the one-time student debt relief plan.

Mathis talks Monday with students during passing period at Omaha's Buena Vista High. Most schools in the Omaha metro area are working on changes that they think should make this school year safer than last year.