Adriana Vargas, current principal at Castelar Elementary, will be the principal of Pine Elementary School, located at 10th and Pine Streets.

Both appointments are pending approval from the OPS school board. If approved, both principals would start their new roles in January.

OPS said in a press release it has already begun the process of finding replacements for Vargas and Burghardt at their current schools. Burghardt had been principal of Hartman for 14 years, and Vargas has been at Castelar for more than 10 years.

The two new elementary schools are being built thanks to the 2018 bond issue. In total, OPS is building five new schools with the $409.9 million bond issue.

The name of Pine Elementary comes from its location on Pine Street, the district said, and the large evergreen trees being preserved in the building process.

The school colors will be green, white and gray, and the school mascot will be a porcupine. While they might look fierce, district officials said, porcupines are curious and gentle-natured.

Forest Station gets its name because of its close proximity to Fontenelle Forest and nearby trains.

School colors will be dark green, white and tan. The school’s mascot is an owl, a bird that represents wisdom and knowledge.

The new high schools will be called Buena Vista, at 60th and L Streets, and Westview, at 156th and Ida Streets.

Fight between two students at Omaha South sends one to hospital, the other to youth center

OPS buys $5.26 million worth of books to give students more diverse, inclusive options

About 50 Omaha Public Schools seniors were personally presented with admission to the University of Nebraska-Lincoln on Tuesday by Chancellor Ronnie Green.

Construction of Forest Station Elementary in Bellevue is tentatively set to be completed in December 2021/January 2022, and the school is scheduled to open for students next fall for the 2022–2023 school year. 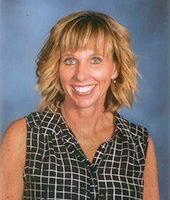 Shelly Burghardt will be the principal of Forest Station Elementary School. 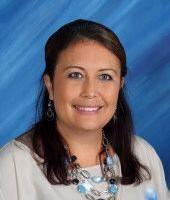 Adriana Vargas will be the principal of Pine Elementary School.