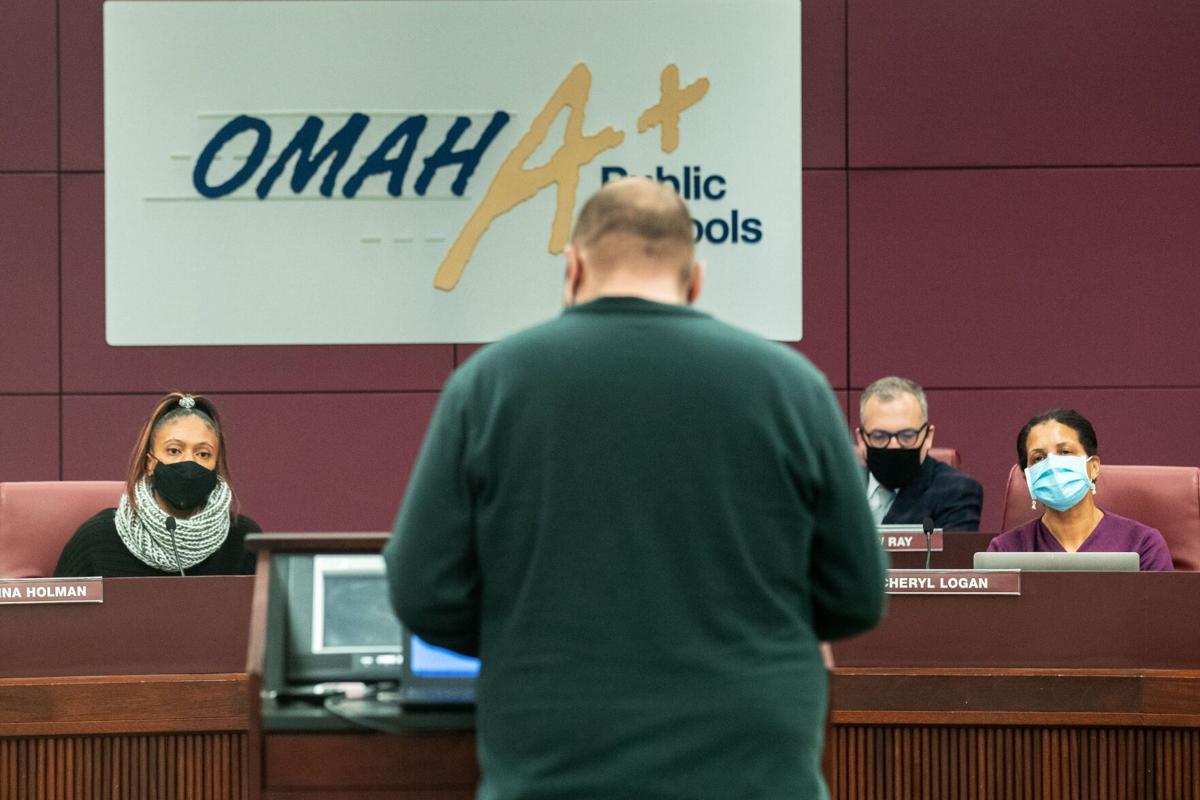 Parent Alex Gates questioned why OPS needed to implements its new programs so quickly and with little explanation. "Rushing this through in a pandemic is irresponsible, reckless and unfair." 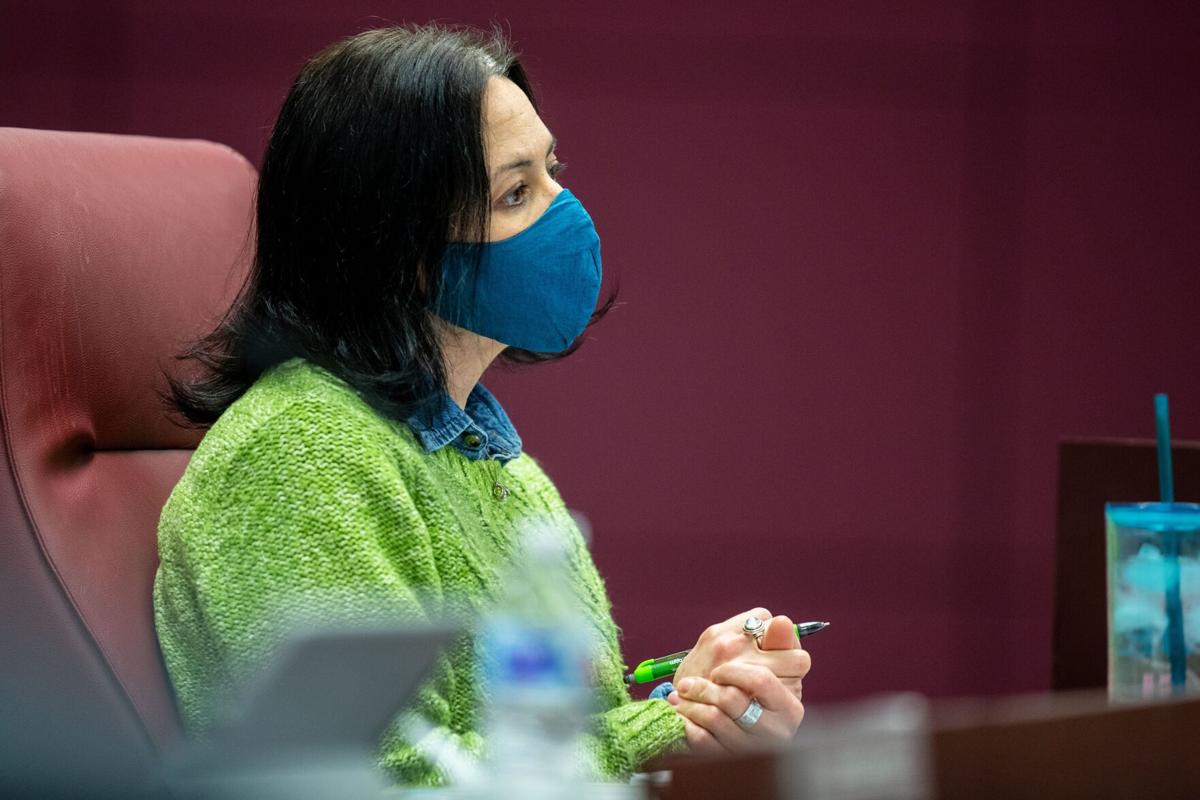 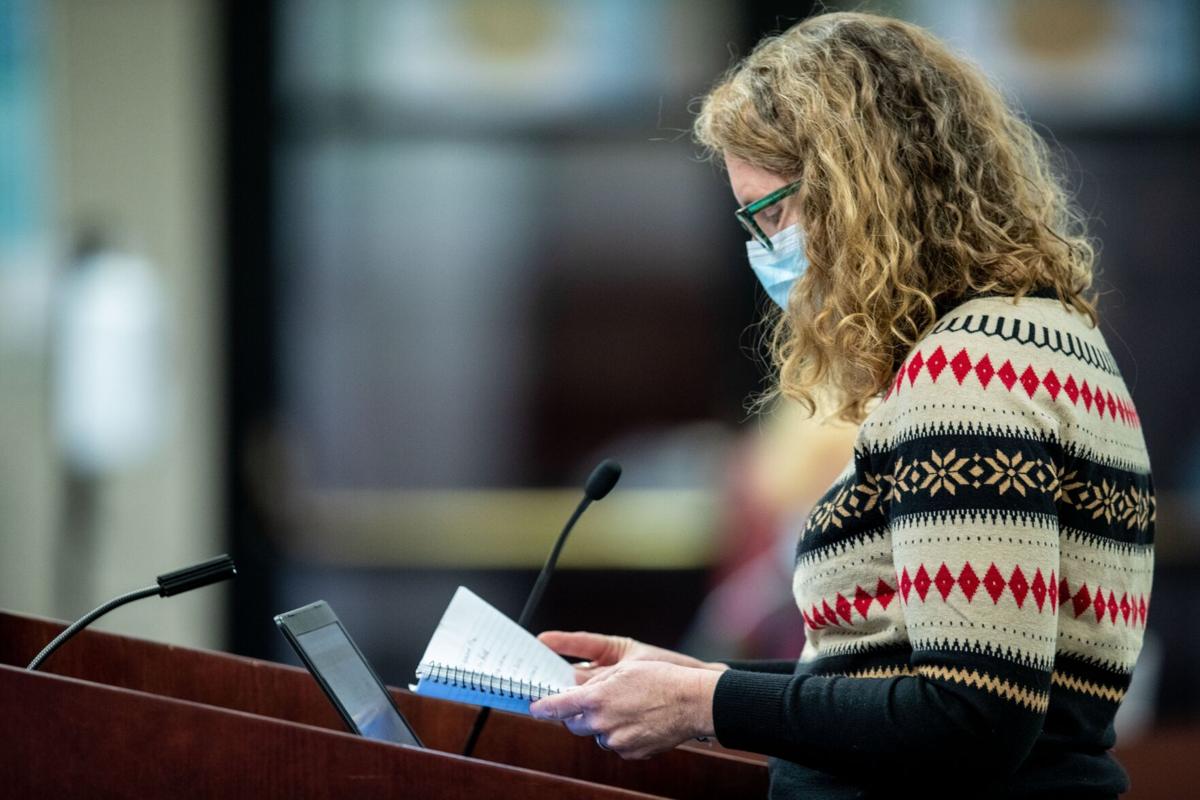 “Who will actually see this plan through?” parent Kimberly Shaneyfelt asked the school board. “If you make broad changes to all the schools, you have no ability to go back if it does not work.”

Omaha Public Schools parents said plans to implement academies and pathways at the district’s high schools have been rushed and formed without enough community feedback.

Five parents shared their concerns with the school board at a meeting Thursday night. The board will discuss changes coming to the high schools during a board workshop Monday night.

Parent Kimberly Shaneyfelt said the changes are sweeping and lasting.

“Who will actually see this plan through?” she asked. “If you make broad changes to all the schools, you have no ability to go back if it does not work.”

Several parents questioned why the changes were being implemented during a pandemic, when families are tired and checked out.

“To me, it appears that these changes are quietly being stitched in while everyone else is exhausted with all the other challenges of the last 11 months,” said Chris Pellman, an OPS graduate and parent.

OPS plan for academy programs, career pathways gets first hearing before school board

Other parents said fundamental questions like how much the programs will cost and why the programs are needed have not been answered.

“How does an academy/pathway model that pigeonholes that student and allows them to only make one change benefit the student?” Pellman asked.

This fall, OPS will begin rolling out specific academy programs or career pathways at each of the district’s seven high schools. The programs will also be implemented at the district’s two new high schools, which will open in the 2022-23 school year.

Starting next year, freshmen will take a freshman seminar course to explore their interests and the courses they may want to take.

After their freshman year, students will select an academy or a pathway at their school.

OPS officials have said all of the district’s high schools will be on a block schedule starting next school year. Several parents said that was also a concern.

OPS held several virtual question-and-answer sessions about the changes coming to the high schools, but several parents said that their questions were not answered and that the sessions felt scripted.

“I personally do not recall receiving any such survey,” said Gretchen Hooper, an OPS parent. “I have heard feedback from many other parents regarding the lack of communication and input, and I have yet to find someone who has said they received the survey.”

Alex Gates, an OPS parent, said it’s exciting that OPS is looking at bold and innovative ways to teach students, but he’s concerned with the timing of the academies and pathways.

Gates said there seems to be a manufactured urgency about needing to implement the programs at the high schools next year. He said that the plans have not been explained well and that there’s a lot of confusion among parents.

“And unless we thoughtfully approach this massive change to our high schools collaboratively, it too will feel like something that exists to look good on paper but falls short in practice,” Gates said. “We deserve better. Rushing this through in a pandemic is irresponsible, reckless and unfair.”

OPS will offer summer school to all students, paid internships to high schoolers

Because of the disruptions caused by COVID-19, all OPS students will have an opportunity to sign up for summer school. The district has renamed the summer sessions Next Level Learning for Summer 2021.

OPS board hears details on changes to student transportation, choice for high schools

Under proposed changes to the student assignment plan, about 2,000 current OPS students would lose their transportation to school.

Skills learned in OPS' new high school academies, pathways will translate into success in college, careers and beyond, officials say. Critics say students are being forced into careers at young ages.

Omaha Public Schools parents told the school board they have deep concerns and questions about the plans to bring academies and pathways to the district's high schools.

Parent Alex Gates questioned why OPS needed to implements its new programs so quickly and with little explanation. "Rushing this through in a pandemic is irresponsible, reckless and unfair."

“Who will actually see this plan through?” parent Kimberly Shaneyfelt asked the school board. “If you make broad changes to all the schools, you have no ability to go back if it does not work.”