Papillion La Vista Community Schools officials are floating the idea of a $129.9 million bond issue that would pay for a new elementary school, buy ground for a fourth middle school and address a long-running dispute over an athletic facility.

The overall goals of the bond issue would be to improve safety, accommodate enrollment growth and “bring all of our buildings to a certain standard and make sure that no matter where you go to school, you really feel good about the school that you’re attending,” spokeswoman Annette Eyman said.

Officials released a preliminary project list they say could change as the public weighs in.

A previous bond issue will get paid off this year, so officials hope the new bond issue would not require a tax levy increase.

The bulk of the spending, $56.9 million, would go for improvements at the elementary schools.

The new elementary school would be built at 99th and Prospect Streets. It would relieve enrollment pressure on Prairie Queen Elementary and cost an estimated $27.1 million.

The auditoriums at each high school would be renovated. The money would also renovate high school baseball and softball fields.

At Papillion and La Vista middle schools, the science classrooms would be renovated.

District officials have included money to address a complaint of unequal athletic and activities spaces at the district’s two high schools.

Officials have faced some criticism over an athletic and activity space the district built at Papillion La Vista South High School with a 2018 bond issue.

The other high school, Papillion La Vista High, has no comparable space.

The preliminary project list for the proposed bond issue would add a similar space at that school.

The new 6,500-square-foot space would have artificial turf and an 18-foot-high ceiling, same as at the other school. The turf would be of equal size to the one at Papillion La Vista South, which is 25 yards long with hash marks, officials said.

A high ceiling would accommodate students tossing footballs as well as color-guard flags, just like at South.

Brett Richards, the district’s assistant superintendent for business, said the new space would help to even up the space at the two schools.

“The architects have really helped us compare square footage and uses within those buildings, and we just found throughout the whole process that adding ... PE activity turf space at Monarch will get us closer to equitable,” he said.

The Papillion La Vista South space stirred up controversy when it was described during an equipment fundraising campaign as the Titan Performance Center.

Its construction prompted cries of unequal spending at the two high schools. Some critics questioned how the fundraising was handled to equip the space, alleging a board fundraising policy was violated. That led to an unsuccessful recall attempt of board member Valerie Fisher.

The Nebraska Attorney General’s Office and Auditor of Public Accounts, responding to a complaint, investigated the board’s handling of the project and found no wrongdoing.

Patricia Conway-Boyd, a former board member who had co-signed the complaint and is running for election, said the board should have been more transparent with the public about what they were building the last time. It was presented as a classroom, she said.

District officials “got caught with their hand in the cookie jar, and now they’re trying to fix it,” she said.

She said she’s not opposed to adding the new space at Papillion La Vista High School, which she said “will give the Monarch students opportunities that the Titan students have now had for over two years.”

Fisher said the goal of the project is to make the schools comparable.

“What we’re trying to do is bring square footage and facility type of items similar in both schools so that we can have like programs as much as possible,” she said.

The World-Herald's annual Academic Program honors students from across Nebraska. This year we received 650 nominations. Find out more about the scholars who received recognition.

2022 All State academic honorees are soaring into the future

Getting top grades and into the college of your choice can be hard work. But having achieved that, the members of The World-Herald’s 2022 All State Academic Team are ready for their next challenge.

24 students selected for the 2022 All Metro Academic Team

Meet the 24 students who were selected for our 2022 All Metro Academic Team.

Meet the 24 students who were selected for our 2022 All Eastern Academic Team.

Meet the students who were selected for our 2022 All West-Central Academic Team.

The 578 Nebraska high school seniors listed here were nominated to The World-Herald All Academic Program and earned honorable mention recognition.

The judges for our annual academic program have a difficult task. They're faced with hundreds of students with impressive test scores, high grades, major accomplishments and strong leadership.

OPS school board members unveiled the three goals at Thursday's board meeting, saying the priorities are part of Superintendent Cheryl Logan's evaluation process.

Four of the 11 Omaha area school districts have laid out guidelines around gender identity. Gretna and Papillion prohibit from using a student's preferred name or pronouns without parent permission. 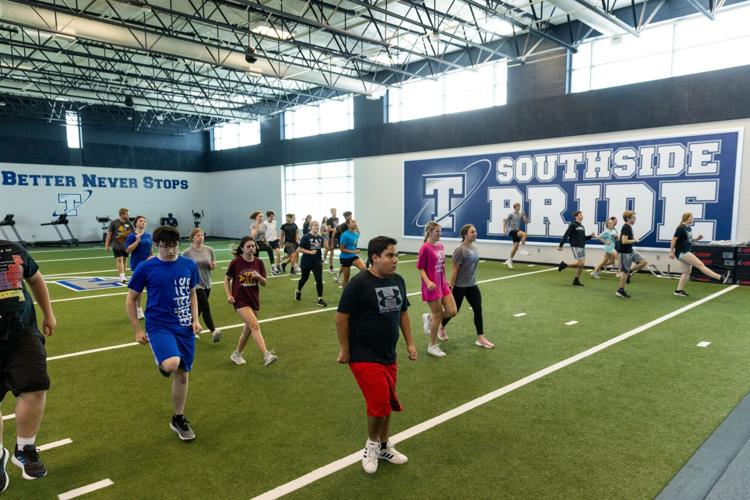 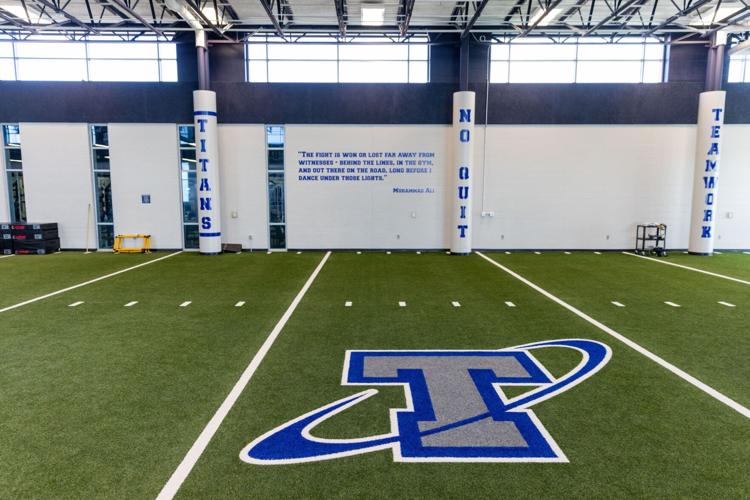 The indoor athletic space bears the Titans’ logo. The school district faced criticism after using a 2018 bond issue to build the facility because the district’s other high school has no comparable space.