World Series: Follow live updates from Game 6 as the Dodgers face the Rays

Charles Wood built his reputation as a virus researcher at the University of Nebraska-Lincoln and enjoyed a side gig running the university’s Chinese language and culture program.

But his part-time role overseeing the Confucius Institute, caught up in UNL budget problems and perhaps politics, is about to end.

UNL Chancellor Ronnie Green this month referred strictly to the need to trim costs in announcing the closure of the program for Chinese language and culture at the end of this year.

Confucius Institutes, of which there are many on campuses around the United States and the world, have become a target for some politicians as relations with China have deteriorated.

Wood, director of the UNL Confucius Institute, declined to speculate on the degree to which that criticism played into the university’s decision. “I’m a scientist,” Wood, 66, said this month in an interview. “I don’t deal in politics.”

Wood receives about $22,000 a year for his part-time service with the Confucius Institute and spends most of his time on virus research at the Morrison Life Sciences Research Center. The two other UNL Confucius Institute staffers, who work out of an office at Nebraska Hall, receive a total of $95,000 a year.

UNL estimated its Confucius Institute expenses at $150,000 a year. Besides that expense, most of the cost of Confucius Institutes is covered by an arm of China’s Ministry of Education, says the conservative National Association of Scholars.

The UNL institute, which started in 2007, has used 10 teachers at a time from China to instruct children and adults around the state in the Chinese language. The institute also oversees some cultural events.

The Trump administration last month designated the Confucius Institute U.S. Center in Washington, D.C., a “foreign mission.” That means it must provide reports to the U.S. about finances, personnel, programs and other things, the Associated Press reported.

Wood, former head of the UNL-based Nebraska Center for Virology, stepped down from leading that center last year.

As for his Confucius Institute, Wood said spying and propagandizing are “definitely not what we do.”

Sasse said through a written statement that Confucius Institutes contain some good people. But the organization as a whole is “indisputably bad,” Sasse said, and the American intelligence community knows it.

The Communist China Party “is the puppet-master of the Confucius Institutes,” Sasse said. Besides spying and spreading propaganda, he said, the institutes help China pilfer intellectual property in the United States.

However, Harvey Perlman, the former UNL chancellor who played a key role in forming the Confucius Institute partnership in Nebraska, has defended the institutes. He said there’s little actual evidence that “any Confucius Institute was involved in anything that was against the interests of the United States.”

He also said China never stepped out of bounds to politicize the institute or force its views on UNL.

Wood said he and his institute decided which Chinese teachers to bring in from China and what their curriculum would be as they taught the language around the state.

Wood said he would be “the last person on Earth” to help China undercut the United States. The institute was “only a benefit to Nebraska, and the university, of course,” he said.

Wood grew up in Hong Kong when it was a British colony and came to the United States to attend the University of Kansas in the early 1970s.

Then he earned a doctorate in microbiology at Columbia University in New York and, after stops as a faculty member at Northwestern University in Illinois and elsewhere, he joined UNL’s faculty in 1996 as a microbiology professor.

Wood became the founding director of the Nebraska Center for Virology in 2000. Among other projects, he has helped establish programs in Africa’s Zambia and Tanzania to combat AIDS and other diseases.

He won NU’s honor for Outstanding Research and Creative Activity in 2015 and continues to focus on his research in the Nebraska Virology Center. The UNL-based center has partnerships with Creighton University and the University of Nebraska Medical Center.

“The U.S. is my country,” he said. He’s a Nebraskan, he’s happy with the university and he intends to stay there, he said.

Rachelle Peterson, who has written about Confucius Institutes for the National Association of Scholars, called it “a soothing delusion” that colleges control their institutes.

“The Chinese government provides the funding and therefore holds the reins. Colleges may enjoy freedom within some narrow latitude, giving them an illusion of control. But the bounds are always set by China,” she said through an email.

About 55 Confucius Institutes have closed over the past few years or are in the process of closing, including those at the University of Iowa and the University of Kansas. About 50 for now are expected to continue functioning on American college campuses, according to lists from Peterson.

Wood said he appreciates China’s rich culture and believes it benefits Nebraskans and Americans to speak the language for business, translation and teaching.

Like Chancellor Green, he said it came down to UNL’s big budget shortfall.

As for the end of UNL’s program: “Well, of course I’m sad,” he said.Photos: Our best staff images of September 2020

The five-year contract is designed to use NU research and scientists to serve the U.S. Strategic Command and the federal Defense Department, the university said.

National counterterrorism program, based at UNO with $36.5 million in federal money, launches

UNO has become the "center of gravity" for terrorism research in the United States, the director of a new organization said this week.

Big Ten is more than sports — UNL collaborates with academic heavyweights, too

A UNL professor has devised a way to contract trace for COVID-19, but he needs a public health entity to partner with him.

UNL fraternity, sorority members and their supporters object to suspensions

The suspensions went into effect because, the university administration has said, some members violated coronavirus rules.

Marque Snow, a candidate for legislative District 9, says a misunderstanding about his college degree is "in the process" of being answered.

Custodians and janitors are more visible than ever in this era of COVID-19, including those at UNL and other college campuses.

The students cited a fee for online courses as troublesome because some classes during the pandemic are offered only online and students have no choice other than to take their class that way. 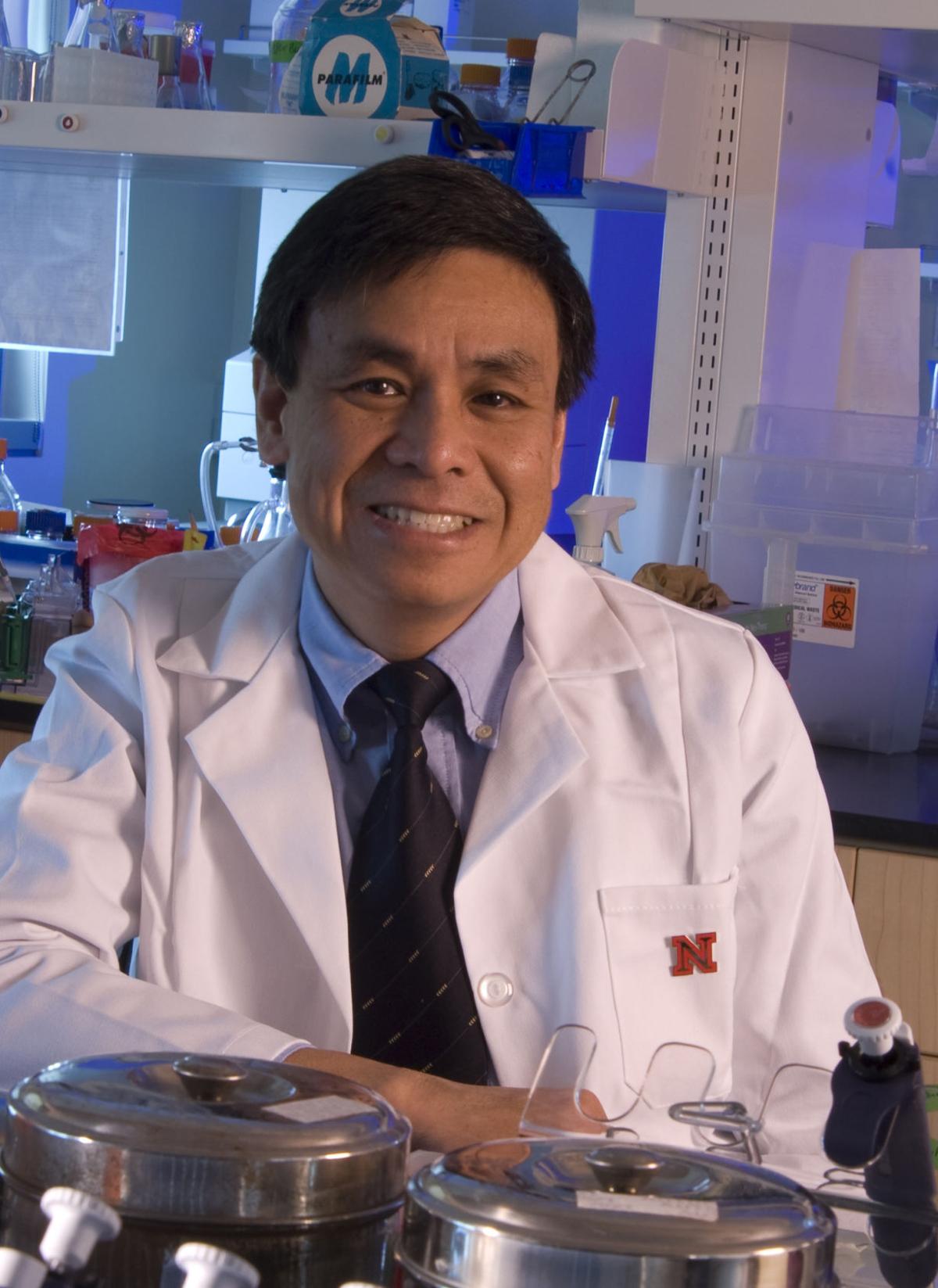 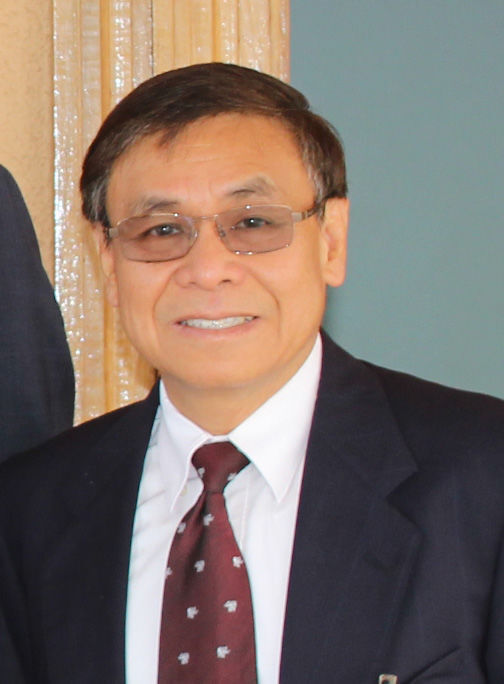