As a teenager, Andra Williams lived in a homeless shelter for 1½ years.

His housing situation was tenuous, but at least one place in his life offered him a source of comforting consistency.

After school, he would make his way to the NorthStar Foundation’s campus in North Omaha.

“It was really nice because I didn’t have to worry as much about what I was going to spend my time doing,” he said. “That was handled at NorthStar, and it was all scheduled and planned out.”

Over seven years, Williams, now 18 and a freshman at the University of Nebraska at Omaha, relished NorthStar’s computer classes and outdoor programs. He tried rock climbing and traveled to North Carolina on a backpacking and whitewater canoeing expedition.

“There was a sense of community there,” Williams said.

In hopes of serving more boys and young men, the NorthStar Foundation is undergoing reorganization and expansion.

Beginning in April, visitors to the 15-acre campus at 49th and Ames Avenues will see a larger high ropes course, which includes an elevated, outdoor classroom and new stair access.

The addition also comes as NorthStar separates from its 12-year partnership with Outward Bound USA.

Scott Hazelrigg, president of the NorthStar Foundation, characterized the transition as a logical extension of a $23 million fundraising drive and multiple expansion projects the organization completed over the past four years.

Overseeing experiential and outdoor activities internally will enable NorthStar to run programming not traditionally offered by Outward Bound, such as biking, he said, along with programs that are shorter but more frequent than a typical Outward Bound wilderness course.

The NorthStar Foundation offers academic, adventure and athletic programs for boys grades 3 through 12. The organization’s goal is to provide students with tools and skills, with an aim toward successful high school graduation and career readiness.

Williams also credits NorthStar for providing him with access to academic scholarships.

“If I didn’t have those,” he said, “I wouldn’t have been able to go to college.” 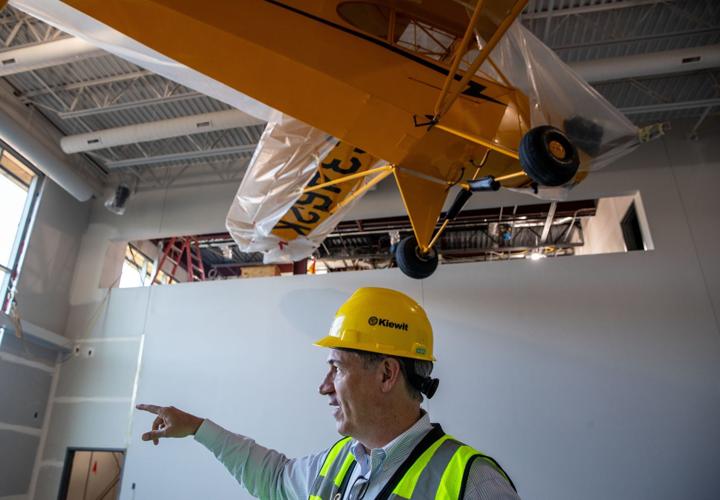 In this 2020 photo, NorthStar President Scott Hazelrigg described expansion work at the youth enrichment center at 49th and Ames Avenues. A restored, vintage Piper Cub aircraft hangs from the ceiling as an inspirational symbol. 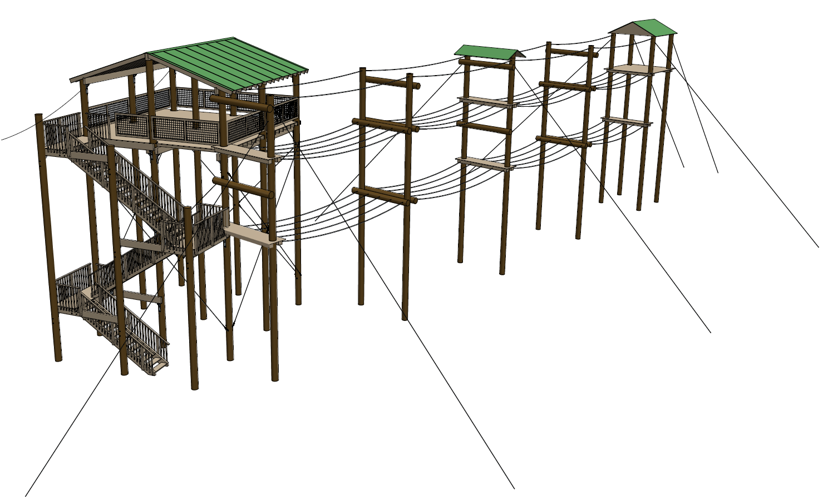 The Hitchcock High Ropes Challenge Course at the NorthStar Foundation's campus is being expanded to include a new outdoor classroom with a platform elevated in the air.