Sunday will mark the 20th anniversary of the disappearance of Jason Jolkowski.

The then 19-year-old was last seen on June 13, 2001, when he left his Benson-area home to head to work at Fazoli’s at 80th and Cass Streets in Omaha. His car was being repaired, so a co-worker was going to meet him at Benson High School, eight blocks from where Jolkowski lived. The co-worker never saw him. He wasn’t on Benson High’s surveillance tapes.

To this day his disappearance remains a mystery.

The Jolkowski family has planned a memorial event for 2 p.m. Sunday in Robert’s Skateboard Park at 730 N. 78th St., near a tree and plaque dedicated to Jolkowski.

At the event, attendees can paint rocks to hide later that include the hashtag #FindJasonJ.

An activity planned by Jolkowski’s mother, Kelly Murphy, and cousin, the rocks are meant to spread awareness of Jolkowski, and the family encourages participants across the country to take part.

There were no clues surrounding Jolkowski’s disappearance. His credit cards, bank account and cellphone were untouched, his car was left in the repair shop and his last paycheck was left at work.

Kelly Jolkowski said her son, who graduated from Benson High and worked part time as JJ the DJ at KIWR, wasn’t the type to run away.

“We really, truly never have had viable leads,” she said near the 10th anniversary of her son’s disappearance. “Most times in a missing person case, you have an idea, you have a theory. But in our case, we don’t have a finger to point at anybody at all. It’s just very, very mysterious.”

Friday marks one-year anniversary since 8-year-old disappeared on the Platte River. B2

Nebraska’s missing-persons list, a constantly changing clearinghouse of info, may get a revamp

Nebraska’s missing-persons list contains the names of 571 people, but the list is a mixture of people newly reported missing, cold cases and, likely, people long dead. An average of 22 people are added to the list every day. 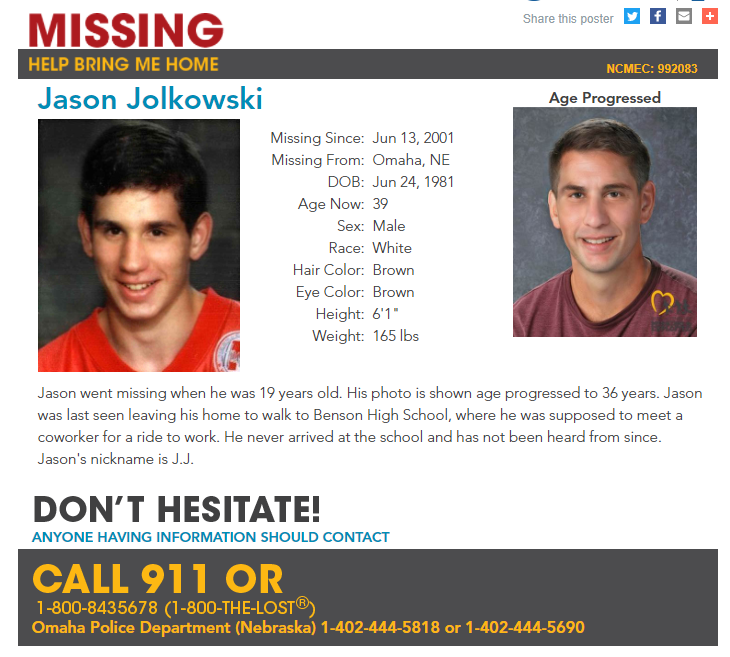 A missing-persons poster depicts Jason Jolkowski at the time of his disappearance and an age progression photo that depicts how he may look today. 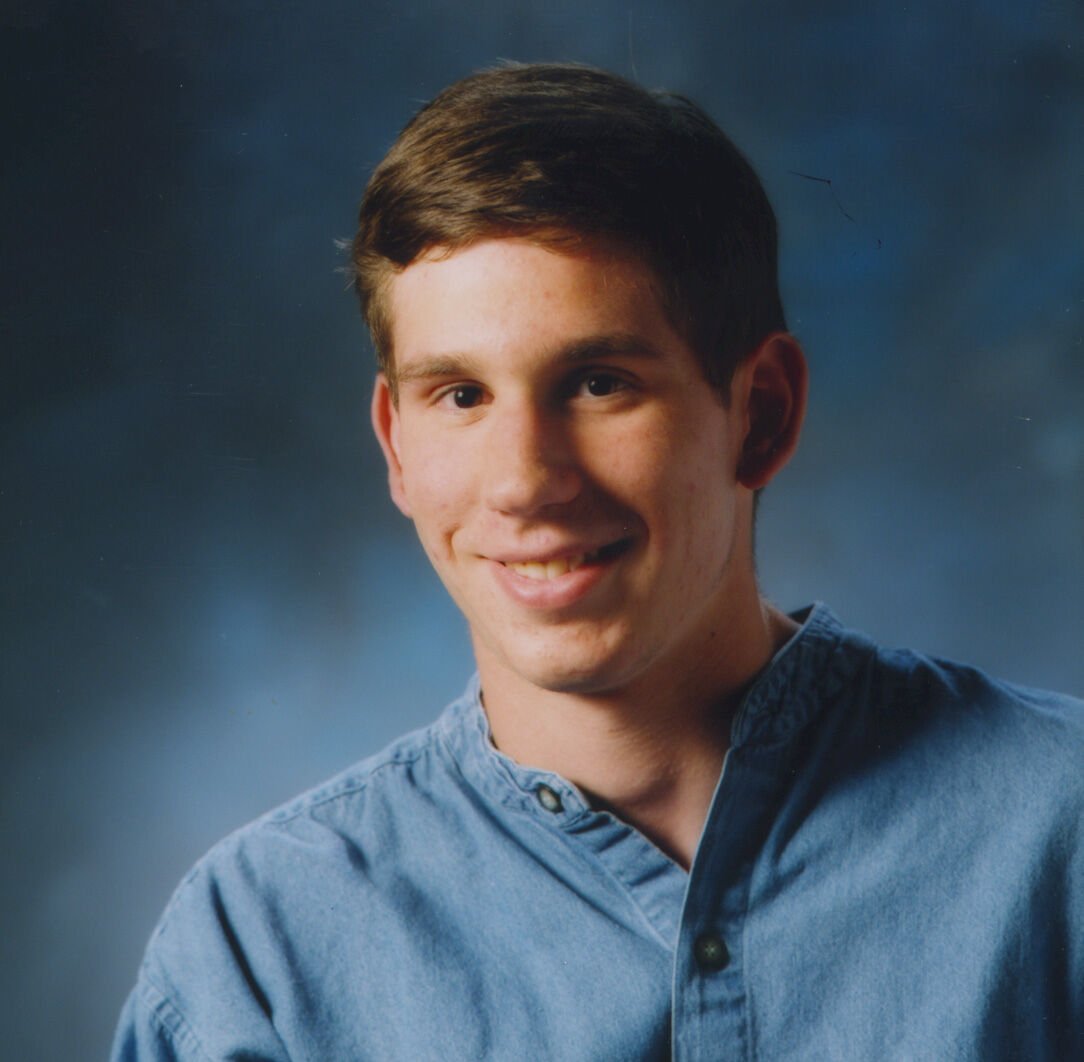