Federal disaster aid will be flowing into Nebraska as a result of a powerful wind storm that caused at least $1 billion in damage in the Northern Plains on May 12.

Known as a derecho for its long path, the storm generated winds of 80 mph to more than 100 mph in Nebraska, according to the National Weather Service. It also struck Iowa, the Dakotas and Minnesota.

A dollar estimate for damage in Nebraska isn’t available because no single entity tracks public and private losses. However, the National Centers for Environmental Information has classified the storm as a billion-dollar disaster.

Traveling at speeds of 50 mph to more than 70 mph, the storm injured a number of people who were caught in the open. At least three people died in the Dakotas and Minnesota. Some injuries occurred from flying debris and some from crashes when drivers were blinded by a haboob, a wall of dust generated by the winds, or when a semitrailer truck was toppled by the winds. In Nebraska, an 11-vehicle crash occurred in the dust storm, according to the state.

The storm was the equivalent of a Category 1 hurricane or an expansive EF0 to EF1 tornado striking the five states, according to the weather service. Wind sensors in the path of the storm captured the highest number of extreme straight-line winds on record.

In addition to straight-line winds, the storm spun out more than 30 tornadoes, according to the weather service.

Beland said the Burwell fairgrounds in Garfield County sustained about $1.5 million in damage.

The fairgrounds is home to the “Nebraska Big Rodeo,” a Rodeo Hall of Fame event, held each July. Most heavily damaged were the grandstands, so temporary grandstands have been brought in for the rodeo, which is under way this week.

Damage in those counties easily exceeded $4 million, said Jodie Fawl of the Nebraska Emergency Management Agency. That is the threshold the state had to reach to qualify for federal aid, and it is a partial estimate of damage to public infrastructure.

This is the state’s 10th federally declared disaster since 2015, Fawl said. Before this storm, the most recent previous declaration stemmed from a December wind storm and tornado outbreak.

In one of its hottest years on record, Nebraska involved in three billion-dollar weather disasters

Nebraska was touched by three billion-dollar weather disasters: Rolling blackouts from the February cold; power outages from a July windstorm; and a historic December tornado outbreak and windstorm.

Floods in Sudan bring out surge of snakes and scorpions

Floods in Sudan bring out surge of snakes and scorpions

This large tree between 10th and 11th Streets on Elmer Avenue in York was uprooted during the May 12 storm that swept across parts of Nebraska and the Northern Plains. 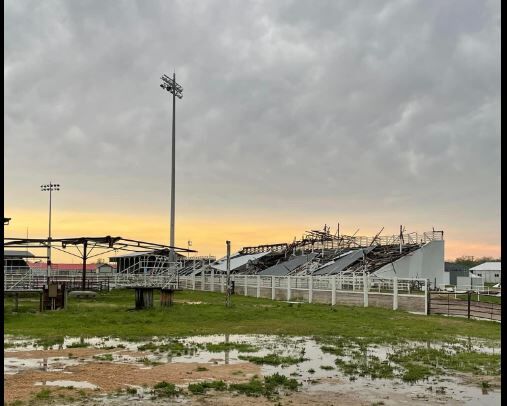 The grandstands at the Garfield County Fairgrounds in Burwell, which were on the National Register of Historic Places, were destroyed in the May 12 wind storm. Temporary grandstands have been brought in for this month's Big Nebraska Rodeo. 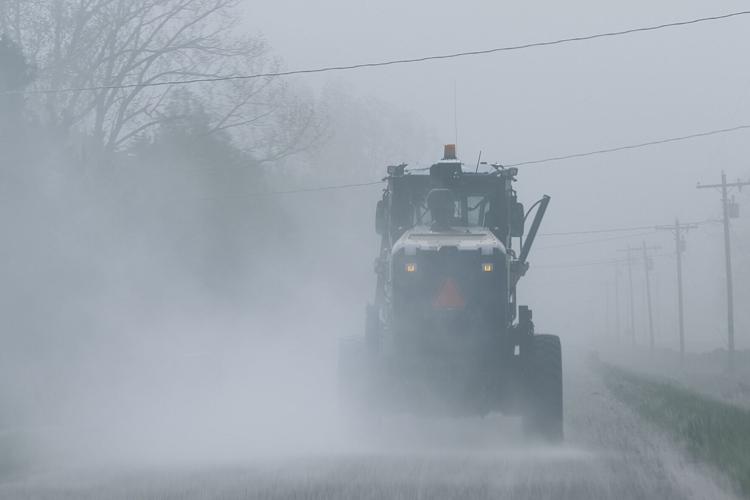 A tractor heads down a dirt road just outside Hershey surrounded by a cloud of a dust during the May 12 storm. Winds reached 60 to 70 mph, and the ensuing dust storm reduced visibility on many of Nebraska's roads.