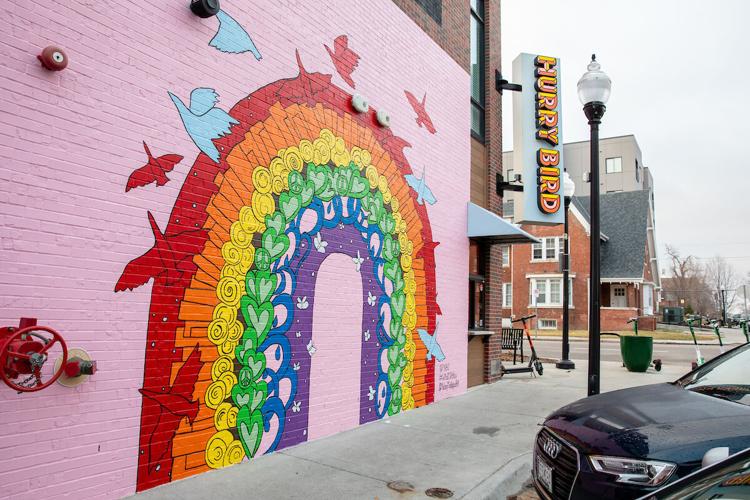 The FNBO kindness mural sits at 38th and Farnam Streets. 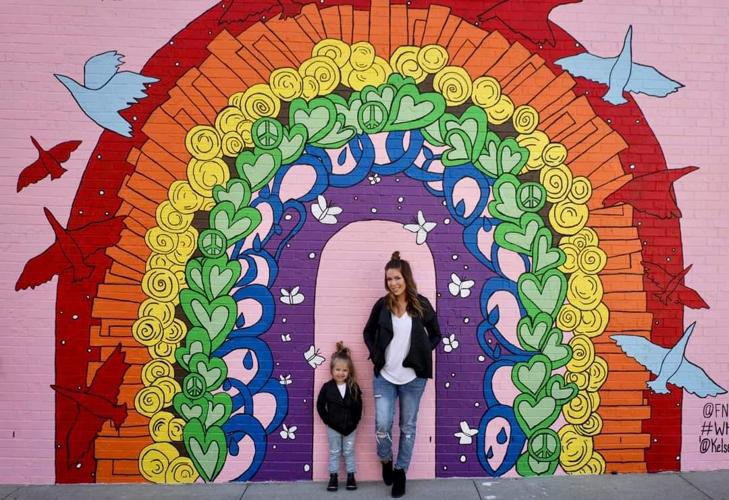 Amy Staley and daughter Kennedy in front of the new mural in the Blackstone District. 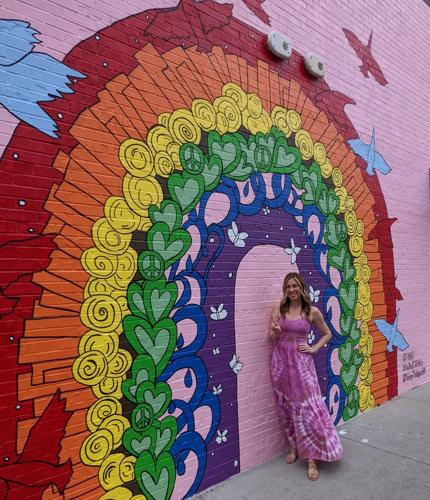 Regina DeMars gets her photo taken at the new mural.

FNBO is hoping that it has created another must-see destination for visitors and Omahans alike.

The Omaha bank commissioned international street artist Kelsey Montague to paint an interactive mural promoting kindness in the Blackstone District. The “Kindness Comes in All Colors” mural sits at the intersection of 38th and Farnam Streets.

“We want the local community to be excited as well as for it to be a destination for when people come to Omaha from out of town,” said Regina DeMars, FNBO director of content marketing and social media. “Ideally, we wanted it in a high-traffic location where people could walk by and see it and say, ‘I want to take a picture.’”

The mural symbolizes a message of kindness and inclusivity through the visual representation of a rainbow, DeMars said. It also will serve as a reflection of FNBO’s Be Kind campaign and “continued commitment to supporting a kinder world.”

FNBO joined the Be Kind movement in 2018 through partnerships and donations with organizations that make a difference in communities by teaching and promoting the importance of kindness.

“We thought it would be awesome for people in our community to take photos and share what they are doing to promote kindness,” DeMars said.

Montague, who has created other interactive murals across the world, was in Omaha last week to paint the mural on an outside wall of Hurry Bird Restaurant. It’s about 17 feet high and 15 feet wide. Working around the cold weather, she took about 22 hours to complete it.

She said she loved that the project is built around a message of kindness.

“Their campaign to encourage kindness is something I believe we need more of, especially during these tough times,” Montague said. “The FNBO team is incredibly kind and actively supported creating such a vibrant, colorful piece. I couldn’t have asked for a better project to be part of.”

DeMars said she first saw one of Montague’s murals in Nashville, and thought it would be perfect to help spread FNBO’s message. Work was delayed by the pandemic but kicked off again in the past six months.

Montague has many followers, and DeMars said she already has seen social media posts about her fans coming to Omaha to get photos of the new mural.

To get people excited about the mural and its “be kind” message, DeMars said photo takers can tag FNBO and use the hashtag #kindnessisfree and they will have a chance to win a $500 gift card during the months of April and May.

FNBO also has partnered with Four Sisters to create custom “be kind” shirts that say “Kindness is Free.”

“When I went to Nashville, people were standing in line for hours with this, just to get their picture taken,” DeMars said. “Murals are getting more popular all over the world.”

Gretna woman 'out in the trenches' with her tree company

Amy Nakai is not the only woman tree company owner in the area, but said what sets her apart is that she drives the trucks, does chainsaw work and can run the rigging ropes.

Short takes: If four lambs are gamboling, it must mean a North Bend girls basketball title

Lowell Peters has been raising sheep on his farm southwest of Scribner since 1971, when he returned from serving in the Vietnam War.

'You can come back from anything': Omaha woman turning life around with hauling business

Omaha business owner Kimberly Johnson became homeless because of an abusive partner. She had no money and nowhere to go. It gave her the courage to start her own business.

Road trip back in time: Memories are a big part of Omaha car show

Young team says it's on cloud nine about advancing.

They are starting from scratch: “Catching the ball. Hitting the ball. Where to throw the ball next,” second baseman Way Oo said. “All the strategies you need.”

The house stands out because owners Jeremy and Alesha Cerny returned it to its roots with a white and aqua paint job, similar to the colors it had when it was built in 1961.

The FNBO kindness mural sits at 38th and Farnam Streets. 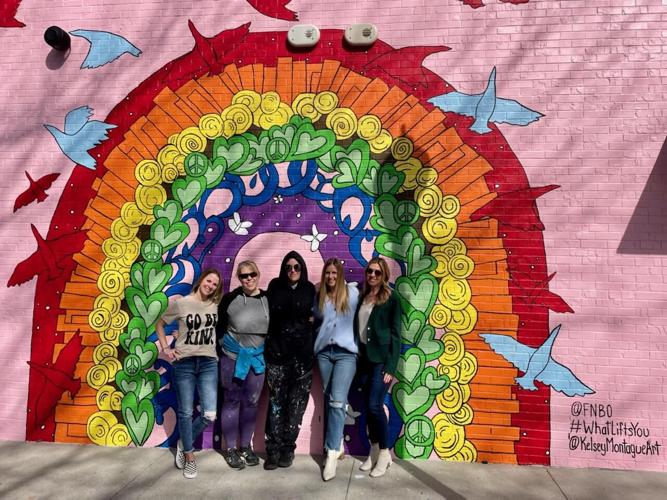 Amy Staley and daughter Kennedy in front of the new mural in the Blackstone District.

Regina DeMars gets her photo taken at the new mural.