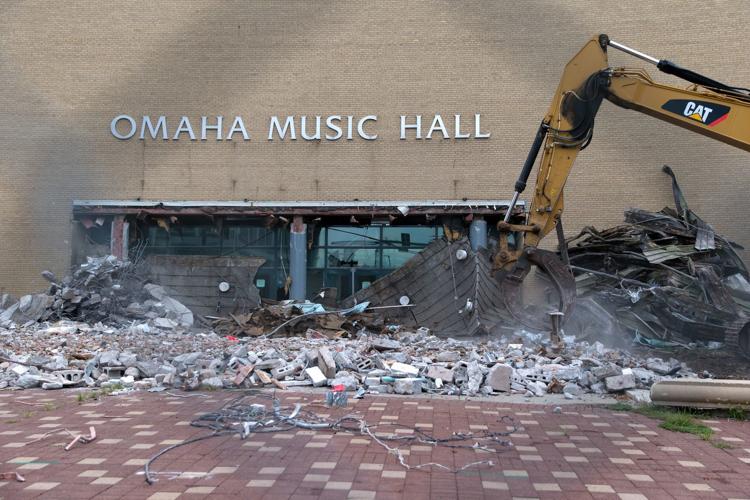 The Omaha Civic Auditorium was demolished in 2016. 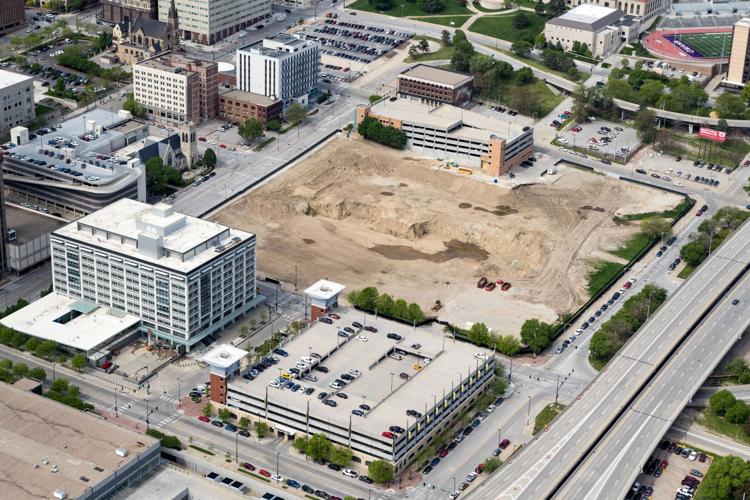 The empty lot near 17th Street and Capitol Avenue where the Civic Auditorium once stood will become a mixed-use space that will include housing and shops.

New life — including hundreds of apartments — is expected to come to the grassy downtown site of Omaha’s former Civic Auditorium.

Omaha Mayor Jean Stothert on Tuesday announced that the city has signed an agreement to sell the property near 17th Street and Capitol Avenue to a development group called Civic Corner. It’s being led by White Lotus Group, an Omaha company with a history of developing local large-scale projects.

A key focus of the redevelopment plan is on housing. Civic Corner plans to build a mix of 268 market-rate and 120 mixed-income apartments on about 6 acres, the largest part of the property.

Speaking to reporters in the Mayor’s Office on Tuesday, Stothert and Troy Anderson, a top economic development aide, said the former Civic site is a good fit for housing because it’s not quite in the heart of the downtown but is still relatively close to Creighton University, Central High School and larger employers such as First National Bank and Union Pacific.

“There’s a big need in that area,” Stothert said.

Anderson said it can be difficult to spur developers to build more affordable housing, especially in areas like downtown, where rents are rising. He said that’s why the city is selling the property below market rate, which is allowed under the state law that governs community development.

“This is a really good opportunity to increase the density downtown by bringing families and workforce downtown,” Anderson said.

Tetrad pulls out of Civic Auditorium site, but Stothert says she's confident another will step in

The city has signed a memorandum of understanding with White Lotus CEO Arun Agarwal to sell the property at no more than $5 a square foot. For the housing portion of the redevelopment, that’ll come out to about $1.5 million, Anderson said.

“For years, the Civic Auditorium was a place where fans enjoyed concerts, festivals, and sports events,” Agarwal said in a press release. “As Omaha continues to strengthen its urban core, we are pleased to have the rare opportunity to bring an entire neighborhood into our downtown.”

To help finance the project, the developer will seek low-income housing tax credits from the Nebraska Investment Finance Authority, Anderson said. The dollar-for-dollar credits are meant to encourage private developers to invest in low-income rental housing by offsetting their federal income tax liability.

The site also is expected to be eligible for tax-increment financing — a tool used to help finance redevelopment, typically in older areas of Omaha — according to the city.

The agreement between the city and Civic Corner says tenants of the mixed-income housing units will have access to 150 parking spaces at reduced rates in a city-owned parking garage at 19th Street and Capitol Avenue.

A future phase of the development on the remaining land could be used for shops, businesses and public space, Anderson said.

Redevelopment of the Civic site has been a long time coming.

Built in 1954, the Civic Auditorium for generations was the scene of political rallies, graduation ceremonies, concerts and sporting events. But it outgrew its useful life and was demolished in 2016-17 at a cost of $3.1 million.

The city thought it had a developer on board before demolition even began, but after four years and no major tenants announced, Tetrad Property Group in 2018 pulled out of that agreement, in part over a dispute over incentives.

The new agreement gives a June 30, 2023, deadline for Civic Corner to obtain building permits for at least 50% of the square footage of the proposed development, and to submit design plans for the site. If it fails to do so, the agreement says the city will recoup the land at the same price it sells for.

The city has learned a lesson from the mid-2000s, when it sold the site of the former Union Pacific headquarters near 14th and Dodge Streets to a Kansas City company with plans to construct a condominium building there.

The city failed to include language in the contract allowing it to take back the land if it didn’t get developed, and the project fell through in the wake of the Great Recession. The site sits empty to this day.

In a package of press releases Tuesday, Stothert also announced the city’s 2021 annexation plan and a partnership with Habitat for Humanity to build affordable housing on a vacant site in North Omaha.

Stothert dismissed notions that the timing of the announcement was a political calculation.

Downtown Omaha's iconic 3,000-foot pedestrian bridge will get a little bit longer with an expansion meant to increase access between North Downtown and the riverfront.

Demolition began five years ago today on Omaha’s 62-year-old Civic Auditorium, which for generations was the scene of political rallies, graduation ceremonies, concerts and sporting events.

Under a proposal considered by the City Council, about 7 acres of land that once held the Civic Auditorium would be sold to a development group for about $1.5 million.

South Florida gearing up for impacts from Hurricane Ian

The Omaha Civic Auditorium was demolished in 2016.

The empty lot near 17th Street and Capitol Avenue where the Civic Auditorium once stood will become a mixed-use space that will include housing and shops.