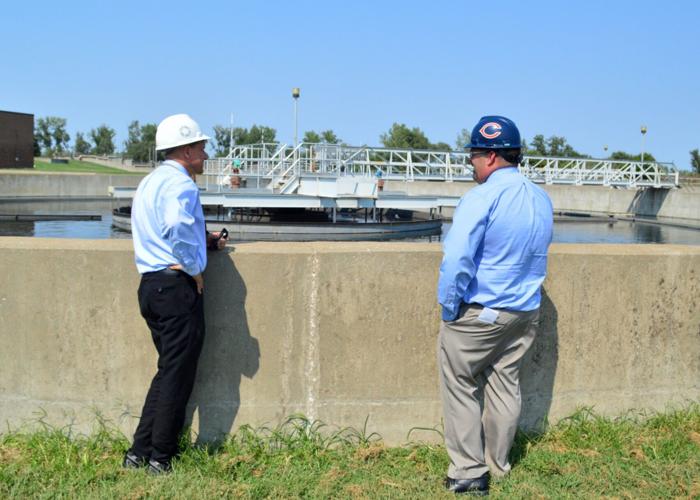 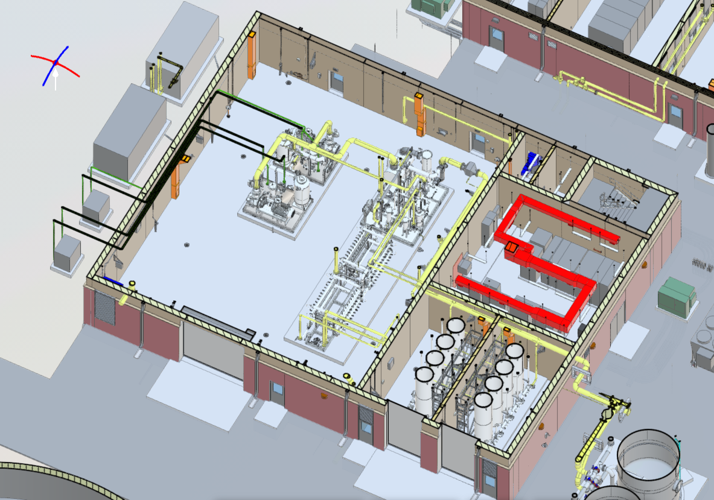 A rendering shows a biogas facility to be built on the campus of the Papillion Creek Water Resource Recovery Facility. 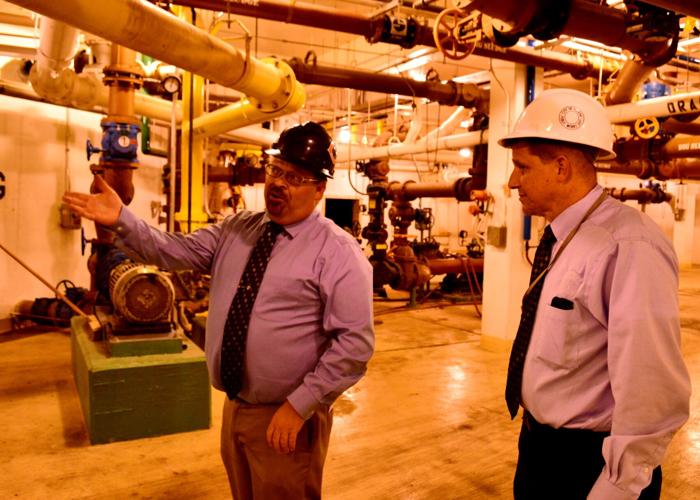 The City of Omaha is moving forward with a plan to turn human waste into green energy, and make millions of dollars in the process.

With a $20 million investment approved last month, one of the city’s wastewater treatment plants will increase its ability to turn the waste into renewable natural gas, also known as biogas.

The project will allow the city to profit off its biogas production and contribute to the renewable energy market.

Simply put, the plant’s purpose is to take dirty water and make it clean, Sykora said.

All day, every day, wastewater from thousands of homes is treated at the facility. The amount of “dirty water” that flows to the plant each day could fill up to 100 Olympic-size swimming pools.

Water comes into the facility through a collection system and is separated by solids and liquids. Both are stabilized and refined to state and federal standards before waste is turned into fertilizer for farm fields and water is pumped to the Missouri River.

“There are liquids and solids the plant disposes of, just like a human,” Theiler said.

And there are large amounts of methane, a powerful greenhouse gas.

For years, the facility has used the gas internally to heat the plant. Now, with the $20 million project, the facility aims to capture more gas, refine it and sell it to Black Hills Energy.

In 2021, the plant produced enough electricity to power about 1,000 homes. Through the biogas project, officials estimate that the renewable natural gas produced by the plant each year will be enough to meet the yearly heating needs of 4,000 Nebraska households.

The City of Omaha has approved a nearly $20.2 million contract with All Purpose Construction to build the infrastructure needed for the project, including an expansion and updates to the gas pipeline and a biogas building. Sewer revenue bonds will be issued to help finance the project.

Facility leaders hope to have the project up and running by spring 2024.

Once in operation, the Public Works Department expects to see a profit of $4 million to $5 million annually from the project — making the city’s investment back within five years.

The use of biogas as a sellable energy source by water treatment plants has gained popularity in recent years, Theiler said.

The City of Lincoln in early 2021 completed its own biogas project in partnership with Black Hills Energy and has since used the gas to produce vehicle fuel.

Lincoln’s project is estimated to generate $2.6 million each year, recouping the city’s project costs in just over three years, according to Black Hills Energy.

Lincoln’s successful project is an example of what is possible in Omaha, Sykora said.

“To be one of the first places in Nebraska to take this step I think is pretty exciting,” Sykora said. “There’s a lot of different options that this will provide the city of Omaha. We want to be a utility of the future.”

A small lake that will be built south of Gretna is a big deal, state and local officials say. The $7.5 million project will result in a 15-acre lake near 204th Street and Schram Road.

Tribal leaders from across the region gathered Tuesday to discuss the critical relationship between sustainable farming and tribal sovereignty during the 2022 Omaha Indigenous Peoples Summit.

OPPD would continue to burn coal at its North Omaha power plant for possibly another three years under a proposal before the board.

A rendering shows a biogas facility to be built on the campus of the Papillion Creek Water Resource Recovery Facility.