An earlier plan to rework the Omaha Public Library’s oversight and operational structure is not under consideration as part of a major capital investment in the libraries, a philanthropic leader said Wednesday.

Omaha’s Heritage Services, which has led a series of local civic philanthropy efforts, is planning a campaign for what one official called potentially the largest private donation in the Omaha Public Library’s history.

The World-Herald reported earlier this month on key parameters of the project: Demolishing the downtown W. Dale Clark Library, building a new downtown branch, establishing a new central library and book distribution hub near 72nd and Dodge Streets, and overall setting up Omaha’s libraries for the future.

After discussions had gone on behind the scenes for months, the newspaper developed details about the plans after filing a public records request with the City of Omaha and receiving more than 400 pages of emails and documents.

In a September 2020 email, Rachel Jacobson, president of Heritage Services, spelled out a timeline over the coming six years. It discussed giving new authority to the Community Information Trust organization that runs the nonprofit and philanthropically funded Do Space tech library, passing state legislation to accomplish that and merging the nonprofit trust and the Omaha Library Board.

But officials told The World-Herald earlier that the plan was not on the table anymore.

Since that story published, Omaha Public Library supporters independently have obtained and circulated the public records that the newspaper received.

Tuesday evening, a Twitter account called SaveOmahaPublicLibrary posted the email and a thread raising alarm about a merger with “the private Community Information Trust.”

THREAD 1/9 The City of Omaha and Heritage Services have been working since at least April 2019 on a plan to privatize OPL and significantly reduce the services offered. We have documents, released in a public records request.

A tweet posted by SaveOmahaPublicLibrary said: “We believe that this proposed ‘reimagining’ would significantly weaken OPL’s ability to serve the people of Omaha and make us a worse community for it.”

As backlash flared online, organizers behind the library project tried to douse the conflagration.

Jacobson posted on Twitter: “We have no plans (and I can’t right now imagine us developing plans) to go to the state legislature regarding libraries. Everything we’re now discussing is about supporting OPL as a public entity that operates our libraries.”

Jacobson told The World-Herald on Wednesday that people trust libraries more than any institution and “it’s important that we maintain that public trust.”

While Heritage Services is looking at a private donation toward the libraries, she said, “public libraries need to have public oversight.”

In an interview Wednesday, Mayor Jean Stothert said: “Heritage has no — no — plan whatsoever to even push for privatization of our libraries. They want them to remain Omaha Public Libraries.”

The discussions around Do Space and the Omaha libraries involve trying to achieve more by partnering and working together, the mayor said.

“That’s really all it is,” Stothert said, not taking away the Omaha Public Library’s authority or privatizing libraries.

So I woke up this morning and discovered that it’s finally sweater weather and also that apparently I’m involved in some secret effort to destroy Omaha’s library system 😱
Before I respond, I want to let you know that tomorrow I’m going out of town for a week on the first trip

Rebecca Stavick, CEO of Community Information Trust, posted her own Twitter thread with details about the potential project after, she said, she discovered that “apparently I’m involved in some secret effort to destroy Omaha’s library system.”

Heritage Services and others, Stavick said, are working on what could become “the largest private donation to OPL in its 144 year history.”

The effort would result in a new main library and one of the country’s most innovative library buildings, she said. The main library, she said, would likely be donated to the city, becoming city property, and be staffed by the Omaha Public Library and Do Space staff.

Stavick posted: “The goal is to bring OPL up to the national standard for public libraries by greatly expanding their resources and capacity to do more of the incredible work that they do in our community.”

Mike Kennedy, president of the Omaha Library Board, said Wednesday that the plans are still a work in progress, but today’s plans are not remotely near what they were a couple of years ago.

While one deputy city attorney’s email contained in the public records discusses the potential loss of neighborhood libraries such as the Swanson and Cather branches, Kennedy said that is not on the table, either.

Kennedy said he’s confident the project organizers will have a great project to roll out in the next several months.

“This should be an exciting time for our patrons.”

Keep the library system a public entity and use the planned donations and improvements to meet our city's 21st century needs.

Keegan Korf, vice president of the Omaha Library Board, said on Twitter that the stressful period this week has produced new public discourse and transparency over the plans.

The demolition of the tech library is just one possibility in plans that are still being developed. The reimagining of the city's libraries could cost upward of $100 million.

As library officials and philanthropic leaders continue to chart a future for Omaha's libraries, the library system’s board took a step Thursday to ensure that process happens in public view. 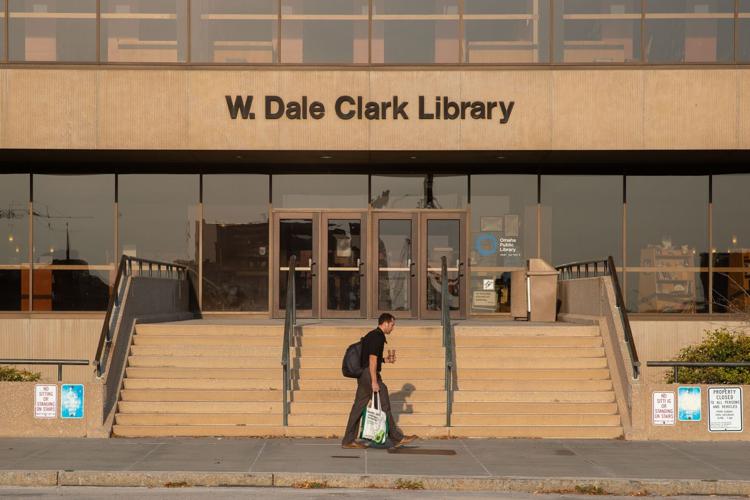 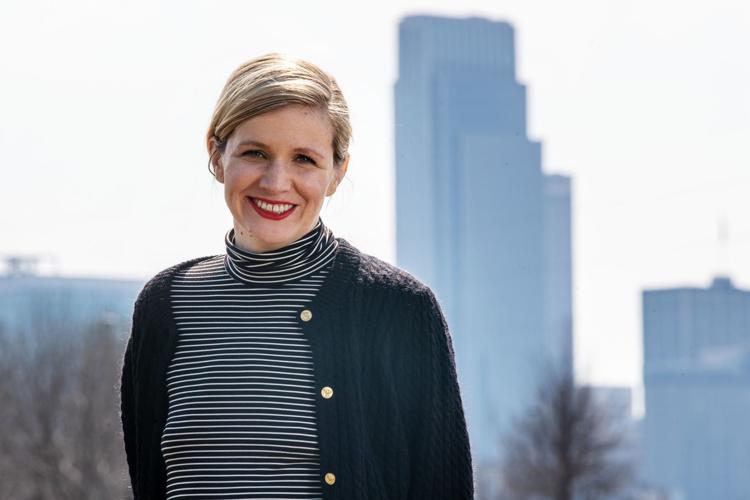 Rachel Jacobson is the president of Heritage Services.