As the coronavirus pandemic spreads in Omaha, City Council members questioned Tuesday how much longer Omaha will need its mask mandate.

Councilman Vinny Palermo said he’s nearing the end of his support for the mandate. Councilman Rich Pahls, another key vote, appealed for more direction from Douglas County’s health director before next week’s vote.

One council member already against the mandate, Aimee Melton, asked when Omaha can expect the mandate to end and asked for metrics as a guide.

But Councilman Ben Gray cautioned about the uncertainty ahead, saying health experts — including local experts at the University of Nebraska Medical Center — agree that it’s almost impossible to predict when the pandemic will be over.

After approving Omaha’s mask mandate in August, the council is now debating its second extension, this time to push the mandate’s end from Oct. 20 to Nov. 24. A vote on the extension is scheduled for next Tuesday.

The public hearing brought out a series of mask opponents who sometimes angrily called on the council to end the mandate. Council President Chris Jerram had one woman escorted from the council chambers by a sheriff’s deputy.

Masks were optional inside the council chambers because people in attendance are considered to be seeking government services.

Opponents questioned the seriousness of the virus, the effectiveness of masks, the effect on children and the council’s legal and constitutional authority. They accused the council of hurting the economy and used terms like evil, partial suffocation, propaganda and psychological warfare.

Kelly Jensen, founder of a group called No Mask Omaha, said he represented 3,400 people in Omaha who are sick of the mandate. “I’m furious,” Jensen said.

“I ask you to end this,” he said. “This is getting bad. You’re affecting businesses.”

Since the council passed the mandate Aug. 11, public health officials have credited mask usage with helping limit spread of the novel coronavirus. Earlier this month, Douglas County saw its positivity rate on COVID-19 tests drop to 7.3% for one week.

Tuesday, Douglas County Health Director Adi Pour cited positive trends: new cases and the positivity rate were down last week compared to the week that the mandate started, as the number of tests rose.

Still, Douglas County’s daily new case average has been rising since Sept. 8, and the rate of positive tests has risen from that one-week drop.

Dr. Mark Rupp, chief of the infectious diseases division at the University of Nebraska Medical Center, told The World-Herald that masks work in slowing spread of the virus, but the community has other factors increasing cases.

On the opposite side of mask opponents, supporters of extending the mask mandate included the Omaha Public Schools, Westside Community Schools and Nebraska Furniture Mart. But they expressed their support in letters, not spoken testimony.

In a letter to the council, the Omaha school board and Superintendent Cheryl Logan said the city’s mask ordinance is a “critical tool to put OPS in the position to keep students and staff safe as they return to in-person learning” starting next week.

“But our district cannot do this alone,” the OPS leaders wrote. “Reducing the spread of COVID-19 is a community-wide effort, and a mask ordinance is a proven tool to reduce the spread of the virus.”

Westside Superintendent Mike Lucas wrote that the district has had 14 confirmed cases — but none traced back to its schools, which require masks.

“It is working. ... We need the community’s support so that we can stay in school,” Lucas wrote.

Ron Blumkin, chairman of Nebraska Furniture Mart, asked the council in a letter to extend the mask mandate through the entire Thanksgiving weekend to Nov. 29.

Blumkin wrote that retailers are concerned about a density of customers during the pandemic. It would be beneficial, he wrote, to have Omaha’s mask mandate in place through the entire shopping weekend.

“The safety of our customers and staff is of the utmost importance to NFM,” Blumkin wrote.

Pour reiterated that her goal is for Douglas County to cut its positivity rate to 5%. That translates to a handful of new cases a day locally, instead of the 131 daily as of Tuesday.

Jerram said he’s open to building metrics into the mask ordinance for regulating the mandate.

Still, Jerram said, “When we have a public health crisis like we have now ... protecting public health in our community is the most important thing that we do.”

Masks as vaccine? While still theory, it's one more reason to mask up

The notion harkens back to the now-abandoned practice of variolation, which was used in fighting smallpox before the vaccine became available and eradicated the disease.

Frequent COVID-19 testing is being used by Husker football. What about meatpacking plants?

Trying to get ahead of potential outbreaks, plant operators say they are rolling out surveillance testing programs that test a portion of plant workers on a weekly or biweekly basis.

Haven't gotten a stimulus check? IRS asks 38,201 Nebraskans to see if they're eligible

The majority of those receiving letters were missed by the first rounds of checks because they typically aren’t required to file a tax return.

Nebraska's COVID-19 dashboard shows data about new coronavirus cases. But some test results have been delayed by a cyberattack on Nebraska Medicine.

The Omaha City Council is scheduled to vote Tuesday on extending the city's mask requirement to Nov. 24.

Trump's COVID-19 diagnosis is a 'cautionary tale for everyone,' UNMC doctor says

“All the efforts at testing and making sure the people around the president weren’t infected were not sufficient to protect him,” Dr. Mark Rupp said.

Omaha’s mask mandate will be in effect until at least Nov. 24 after the City Council voted to extend the requirement.

City Council President Jerram criticized what he called a lack of enforcement of Omaha's mask mandate, asserting that lack of follow-through has contributed to rising coronavirus numbers.

Millard educators square off in bid for District 31 legislative seat

Both candidates running for the District 31 legislative seat have worked for Millard Public Schools, and both share a passion for public education. But they hold very different political views. 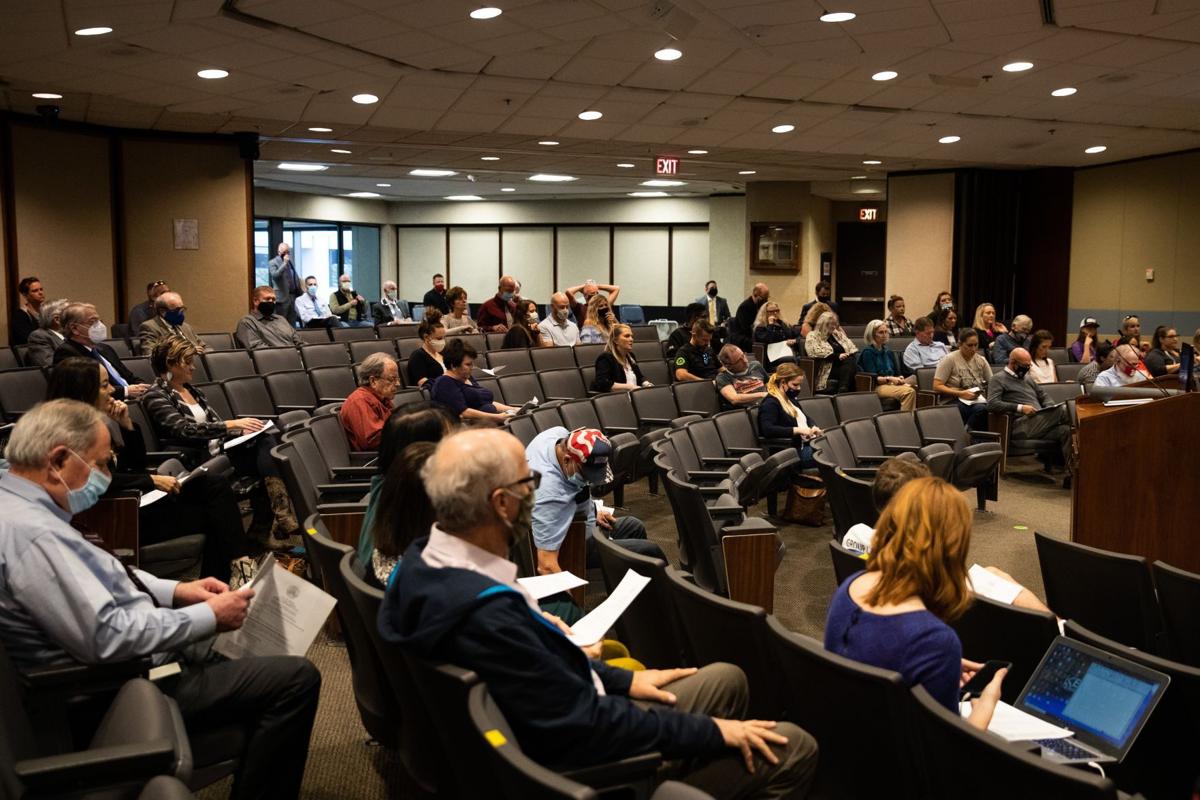 An Omaha City Council vote on extending the mask mandate is scheduled for Oct. 6, and if passed, it would be extended until Nov. 24. 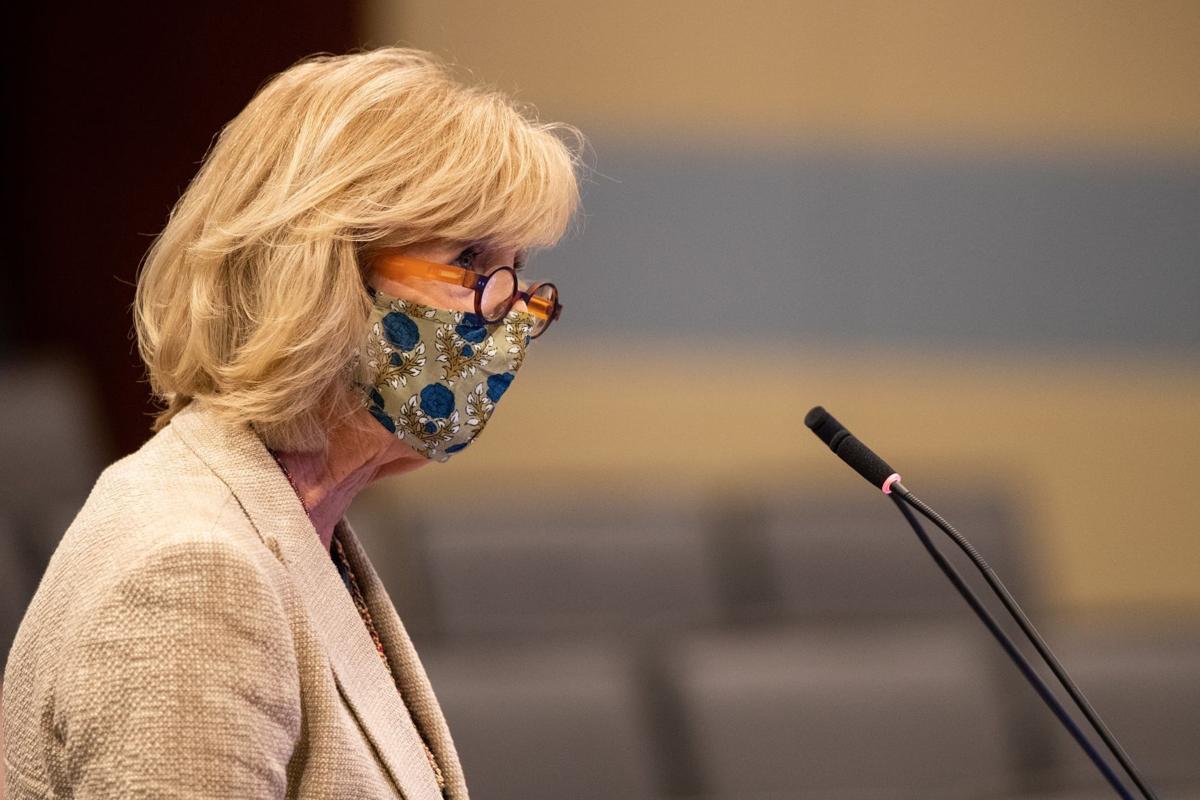 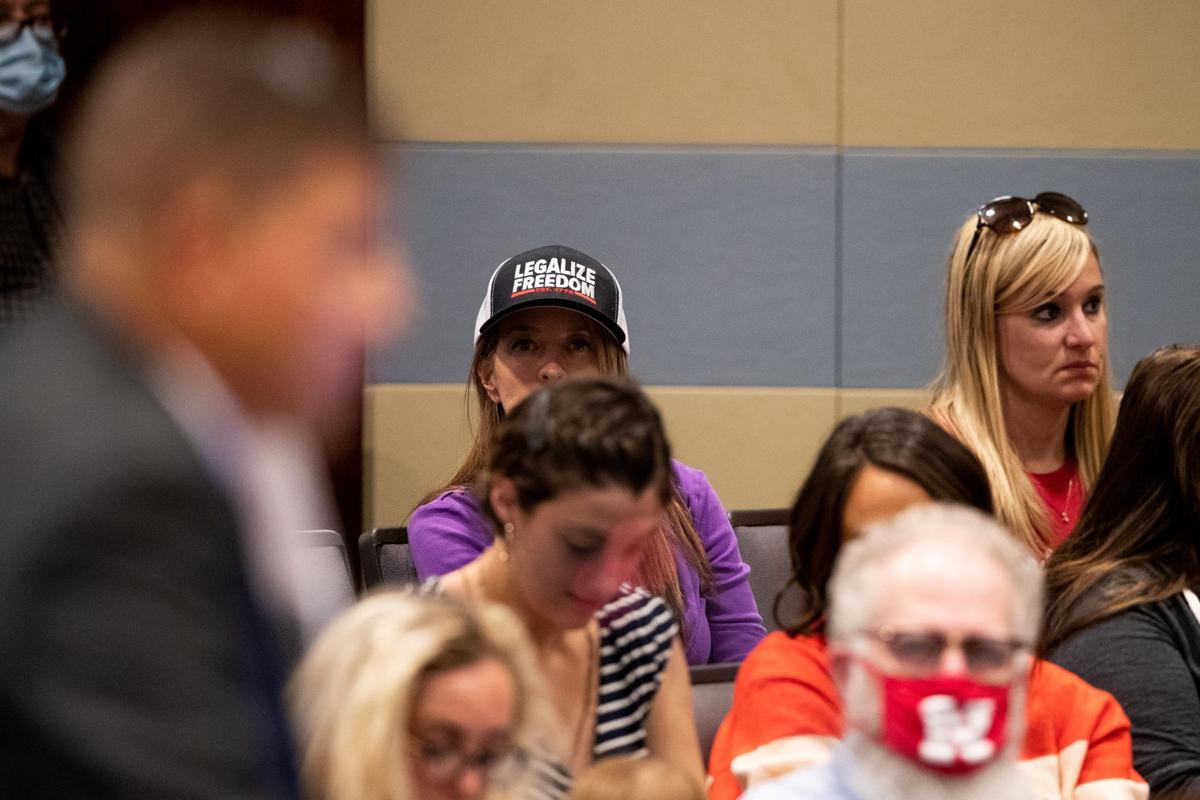