As she prepared to embark on a three-week trip to Sicily, Omaha Mayor Jean Stothert defended her out-of-town travel, which has garnered increased scrutiny in recent weeks amid media attention and a controversial proposal to change the city charter.

The trip, which was postponed in 2021, is one of the final steps needed to solidify the Sicilian town of Carlentini as Omaha’s seventh sister city. Stothert plans to travel to Italy on Friday and return Sept. 10. She is paying her own expenses and no taxpayer dollars are being used for her trip, according to the Mayor’s Office.

The trip comes after weeks of increased public concern over the frequency of the mayor’s out-of-state travel. Commenters on social media and elsewhere have criticized Stothert and, at times, questioned her commitment to running the city.

“I was out (of town) six times in 2021, and I’ve been out six times so far this year,” Stothert told The World-Herald in a phone interview Thursday.

Through a records request, The World-Herald in July reported that Stothert was out of town 39 days in the first six months of 2022, meaning she was outside the city for about 21% of that time.

The World-Herald’s report came as members of the city’s Charter Convention considered a proposal from Stothert that would allow the city’s mayors to remain in power when traveling outside city limits.

Stothert argued that the current policy, which requires the City Council president to serve as acting mayor whenever the mayor leaves Omaha, was outdated, especially at a time when technology would allow her or any other mayor to conduct city businesses while out of town. Despite her reasoning, the proposal was not one of the 10 charter amendments recommended by a City Council committee.

Stothert said that much of her time off in 2021 was spent with family and friends following the death of her husband Dr. Joe Stothert, who died by suicide in March 2021.

“You’ve got to remember that in 2021, my husband killed himself,” Stothert said. “I did need a little time off to spend with friends and family, and I’m sorry if that annoys people. But I had to.”

A majority of her time outside of Omaha in 2022 has been spent in St. Louis visiting her mother and sister, in Cincinnati visiting her son, and in Maryland to see Dr. J. Kevin O’Rourke, whom Stothert married in May.

O’Rourke plans to travel with Stothert to Sicily, and intends to move to Omaha this fall. Like the mayor, O’Rourke will pay his own travel expenses.

Stothert and Carlentini Mayor Guiseppe Steffio signed a “friendship agreement” in September 2021 in recognition of a century-old connection between the two cities. The purpose of the trip is to exchange ideas of art, culture, business and education with Carlentini, Stothert said.

Because the travel group’s itinerary will be packed while in Carlentini, Stothert said, she won’t be attending a Nebraska Huskers football game that will be played in Dublin, Ireland, Aug. 27.

The trip comes about a month after Mayor Steffio’s visit to Omaha to meet with Stothert and other community leaders, and participate in Omaha’s Santa Lucia Festival.

Drawn from Carlentini, Italian immigrants more than a century ago flowed into Omaha, establishing the Little Italy neighborhood and creating a burgeoning link that continues in Omaha to this day.

It’s in part because of Omaha’s large Sicilian and Italian population that the Omaha Sister Cities Association saw a potential new sister city in Carlentini.

Mayor Jean Stothert announced Friday that Omaha will sign a "friendship agreement" with Carlentini, Italy, a town of more than 17,700 people.

Omaha's City Charter puts an acting mayor in charge when the mayor is out of town. Mayor Jean Stothert, who has been away 21% of the time duri…

Omaha Mayor Jean Stothert has announced that she has married a longtime friend, Dr. J. Kevin O'Rourke, an anesthesiologist.

In a wide-ranging interview, Omaha Mayor Jean Stothert reflected on ambitious development projects of 2022 and addressed criticism over her ti…

Dolphins have been helping these Brazilian fishermen for nearly 150 years

Dolphins have been helping these Brazilian fishermen for nearly 150 years 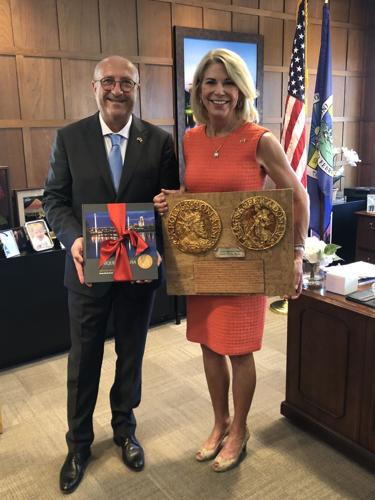 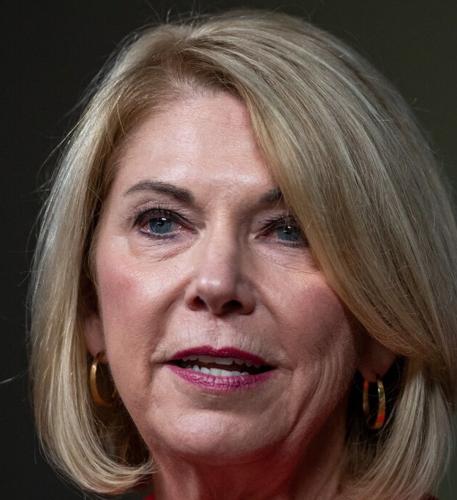