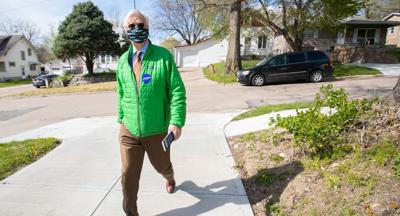 Throughout his 10 years on the Omaha Planning Board, RJ Neary urged his fellow members facing tough Omaha development decisions to take the long view — the really long view.

“Often, he said we have to think about it as if it’s 100 years from now and not today,” said Anna Nubel, who served with Neary on the planning board. “Because these things will still exist long after we’re here, and is this improving what we’re going to see 100 years from now?”

In his campaign for mayor, Neary is sounding a similar theme. He says he wants to move Omaha forward for the next generation, not just the next four years.

Neary doesn’t have a record as an elected official to define him — unlike Jean Stothert, the two-term incumbent Republican mayor he’s challenging. But the 68-year-old Democrat has nearly a half-century of experience in business and civic life. He has helped shape the city during that time, and he’s honed his views on what Omaha’s future should be.

“This is a lifetime of experience and knowledge and skills in my industry and in my civic life,” said Neary, chairman of Investors Realty. “And that’s why I think I’m prepared is because I have the knowledge and the skills and the expertise to lead Omaha forward.”

Calling Omaha a great city but one that struggles with racial inequities, Neary envisions a more equal Omaha, with more and better affordable housing, and a more sustainable transportation system with improved mass transit options and better infrastructure for bicyclists and pedestrians.

Neary proposes to create a city climate action plan. He would target more housing development efforts to address the effects of historic redlining. He said the city has a lot of older buildings, including in North and South Omaha and Millard, that could be put back to use, but needs changes to its zoning codes to make it easier.

Neary was a farm boy, college rugby player, bar owner and DIY old house renovator before he became a real estate businessman with an eye for aging edifices with potential, and a knack for urban renewal.

“I like to figure out where things are going,” Neary said. “Where’s the puck going? It’s not where it is; it’s where it’s going to be.”

He spent the first 10 years of his life on a family farm outside Armstrong, Iowa, east of Okoboji and close enough to Minnesota that the kids could ride their bikes across the border. They grew soybeans, raised livestock and had horses. Neary’s parents moved with their six children to Omaha and settled in Dundee.

“One of my big blessings in life is that I went from spending my first 10 years palling around with my dad on the farm and having horses to landing in one of the best neighborhoods in America and running around with some great people,” he said.

Neary attended Dundee Elementary and St. Margaret Mary’s Catholic School, then graduated from Archbishop Rummel High School, now Roncalli. Thinking he would go into agriculture, he went to the University of Nebraska-Lincoln to study agricultural economics. While there, he helped start a university rugby club team that’s still going today. Neary continued playing after college for the GOATS, Greater Omaha Touring Side, and helped coach that team.

He had a college job as a bartender at the Zoo Bar, an iconic blues joint in downtown Lincoln. Agricultural economics gave way to urban economics after Neary graduated. Seeing opportunity from his Zoo Bar experience, Neary opened a bar called the Howard Street Tavern in 1976 in downtown Omaha. It was in a vacant building, 1112 Howard St., in a historic warehouse district that was being reborn as the Old Market. At the time, the Old Market was about 1½ blocks long.

“We’re a city of builders, and we want stuff to happen fast,” Neary said. “But I don’t think we’d want to Old Market to have developed any differently. . . . We dealt with what we had versus trying to knock it all down and start over.”

Neary ran the bar for four years. Besides booking bands for six or seven nights a week of live entertainment, he learned a lot about old building renovation and city codes.

He renovated old homes too. That included his own 1890 row house near Hanscom Park. He went to work selling commercial and investment property for Peschio & Co. In the mid 1980s, Neary and Peschio put together a partnership to buy an old warehouse at 902 Jackson St. and convert it into the first downtown Omaha apartment building east of 10th Street, a pioneering proposition at the time. It was one of the first projects to benefit from a tax incentive then new to Nebraska, tax-increment financing.

Their “New Idea Building” quickly filled up with tenants, but it didn’t last long. It was purchased in 1988 and demolished along with the rest of Jobbers Canyon to make way for the ConAgra corporate campus and related development.

Neary and fellow broker has helped find buyers and new uses for several high-profile Omaha buildings that had sunk into disuse. Among them: the historic Burlington Station, now home to KETV Channel 7; the former Creighton University Medical Center, now home to the 732-unit Atlas apartments and retail building with a pedestrian skyway over the adjoining highway; and the mammoth Connectivity Solutions campus at 125th and I Streets, where more than 7,000 people once worked when it was Western Electric.

A California company bought the 1.3 million-square-foot Western Electric building. Neary said 1,300 people were working there before the pandemic, and it’s 97 percent full, including the Investors Realty headquarters.

Neary also points to the New North Makerhood, a nascent creative district north of the TD Ameritrade stadium. He helped the people of Future Forward LLC assemble and acquire land and buildings, selling some of it to the developers of the nearby Millwork Commons, finding tenants, managing property and advising the developers.

“I’d call him a bridge builder, putting people together, those bridges that work for people back and forth,” said Todd Heistand, co-owner of NuStyle Development, which developed The Atlas and has done business with Neary many times going back to the 1990s. “He always could figure out how to make something work.”

Neary said the Creighton medical center project worked in part because he helped the university look and plan ahead, beginning three years before the hospital closed.

Then-Mayor Mike Fahey appointed Neary to the Omaha Planning Board in 2004, and he served two five-year terms, including a stint as chairman. He brought back a practice of having Planning Board members visit the sites of proposed developments, and started mini-lessons for them from city planning staff on zoning and development technical issues.

One of the toughest cases in Neary’s time on the board involved a Walmart store proposed for the former Ranch Bowl site on South 72nd Street. Neighbors, especially the Sisters of Mercy, hated it. The Planning Board eventually approved it, but only after six months of delays and extended negotiations that led to improvements to the Walmart design.

“I thought he showed real leadership,” Nubel said. “He listened. He pushed all those people to get together and do the best they could for the neighborhood. . . . That’s the way he approached everything. He really wanted to do what was best for everyone.”

Should Neary be elected, Nubel expects he would take a similar approach as mayor.

“He would work with people,” she said. “The guy has a lot of experience in Omaha, and what might work for Omaha. I think he has talked to a lot of people about what they’re looking for, so my sense is that he would bring groups together, bring in experts, listen to the experts and make decisions after having all those conversations.”

Top priority: I want to leave Omaha better than it is now, for the next generation and I have released my plans on how I will get it done. My Pathway to the Future covers how we get the basics like streets, trash and recycling, and snow-removal right once and for all. For our city to bring about much needed innovation and improvement on sustainability, jobs, affordable housing and transportation, the basics must be done right and must be equitable. 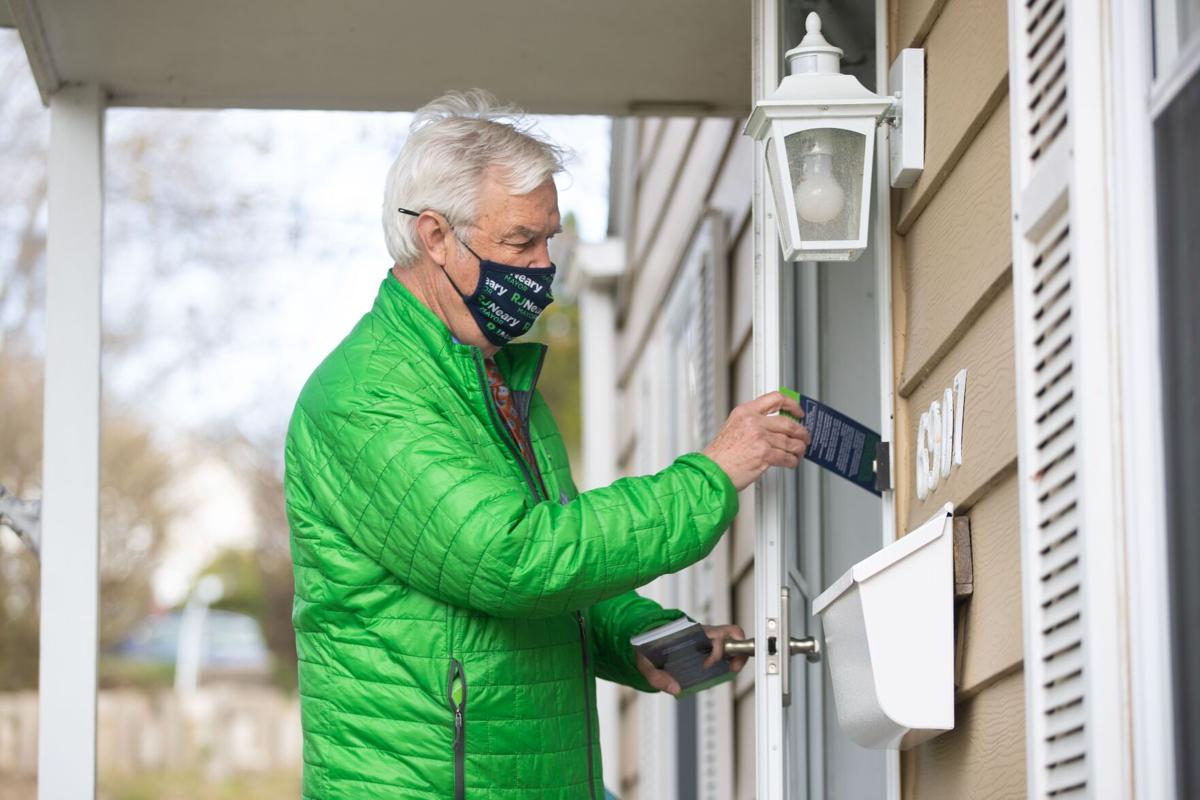 RJ Neary doesn’t have a record as an elected official to define him — unlike Jean Stothert, the two-term incumbent mayor he’s challenging. But the 68-year-old has nearly a half-century of experience in business and civic life. 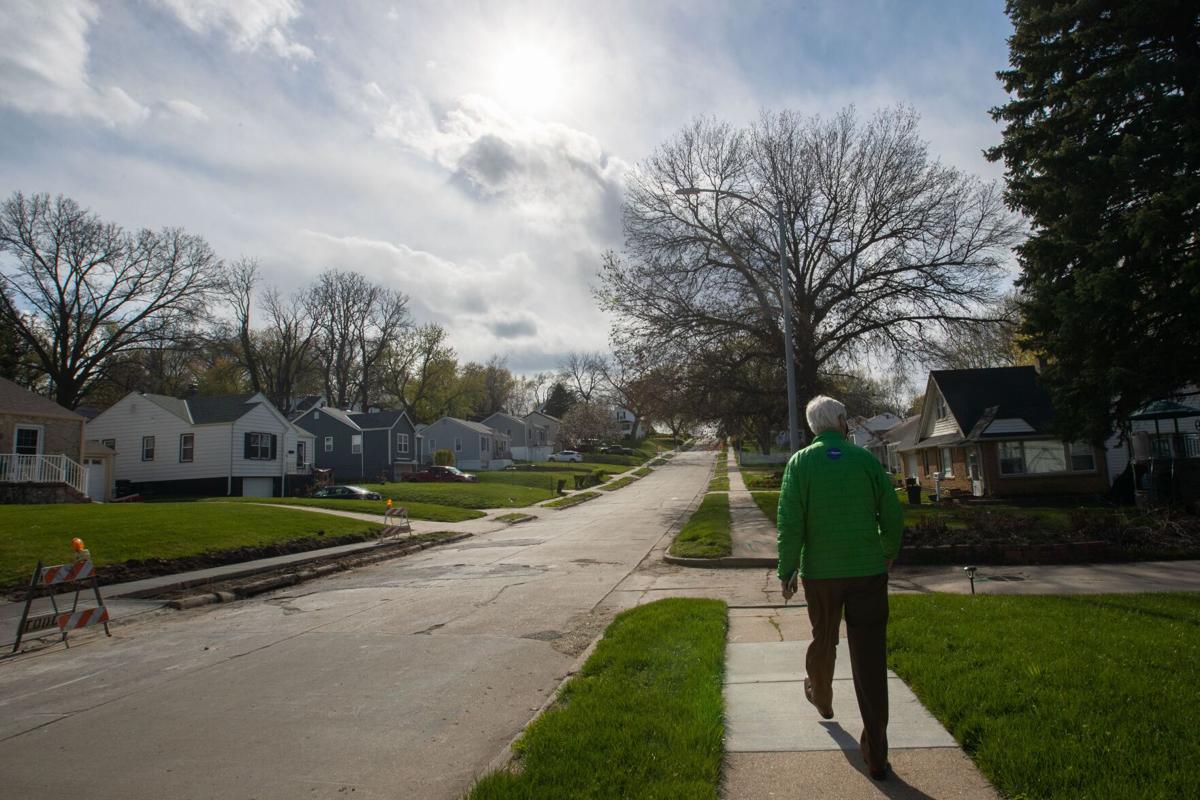 “I like to figure out where things are going,” RJ Neary said. “Where’s the puck going? It’s not where it is; it’s where it’s going to be.” 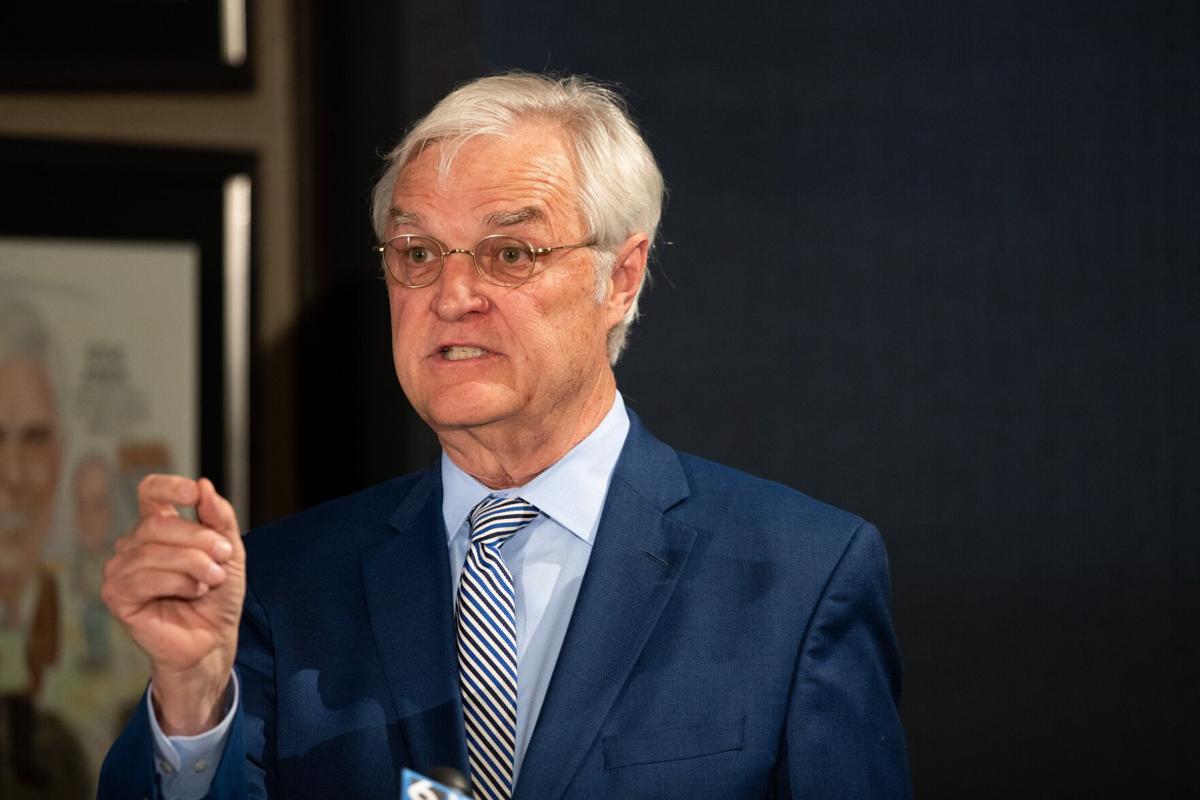 “Often, he said we have to think about it as if it’s 100 years from now and not today,” said Anna Nubel, who served with RJ Neary on the planning board. “Because these things will still exist long after we’re here, and is this improving what we’re going to see 100 years from now?”