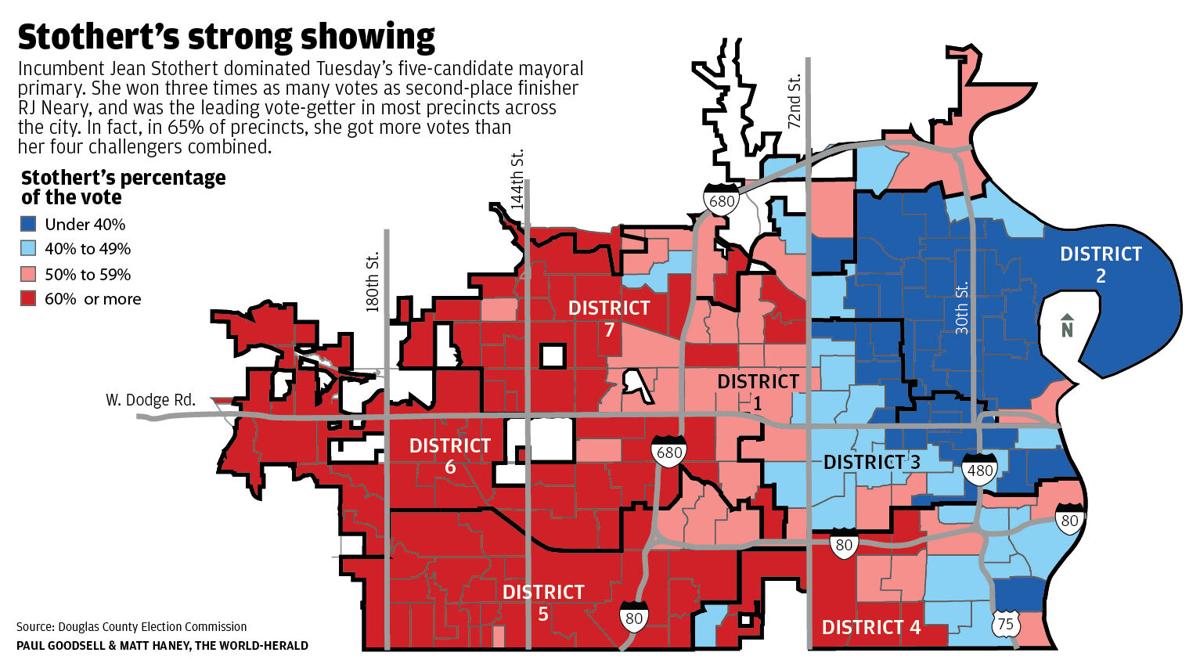 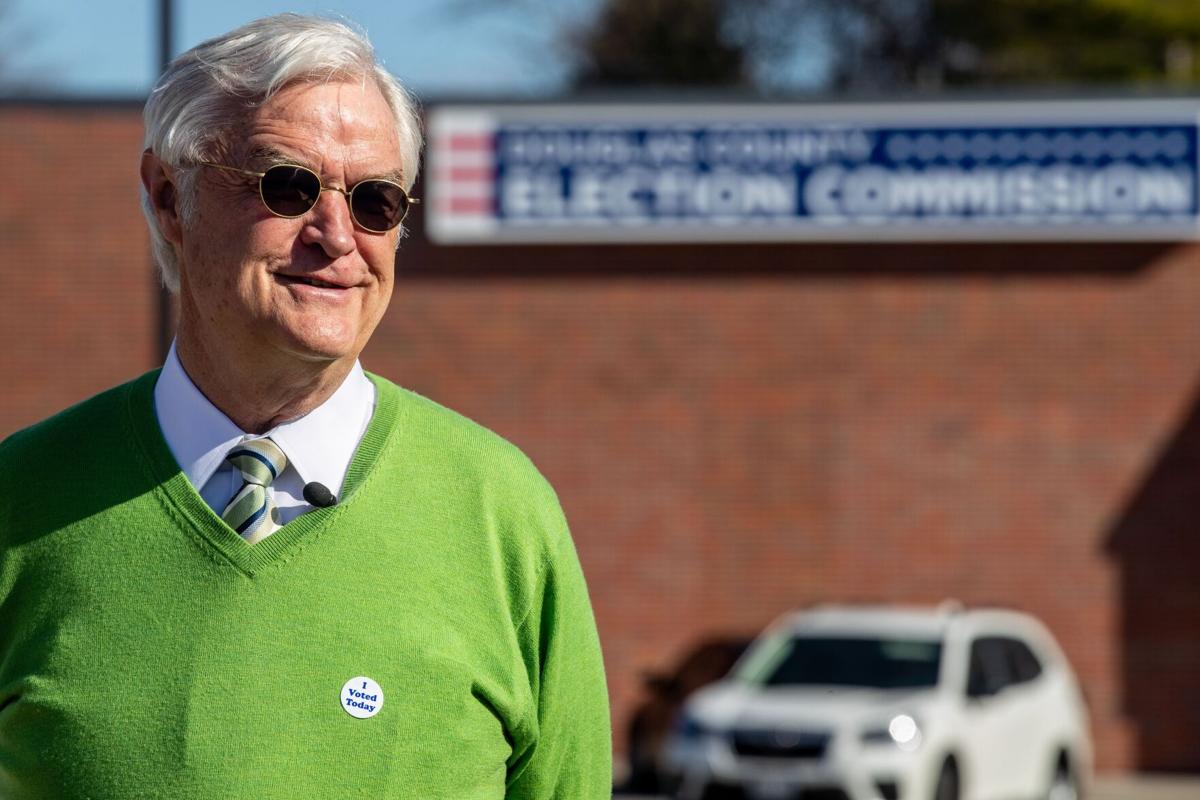 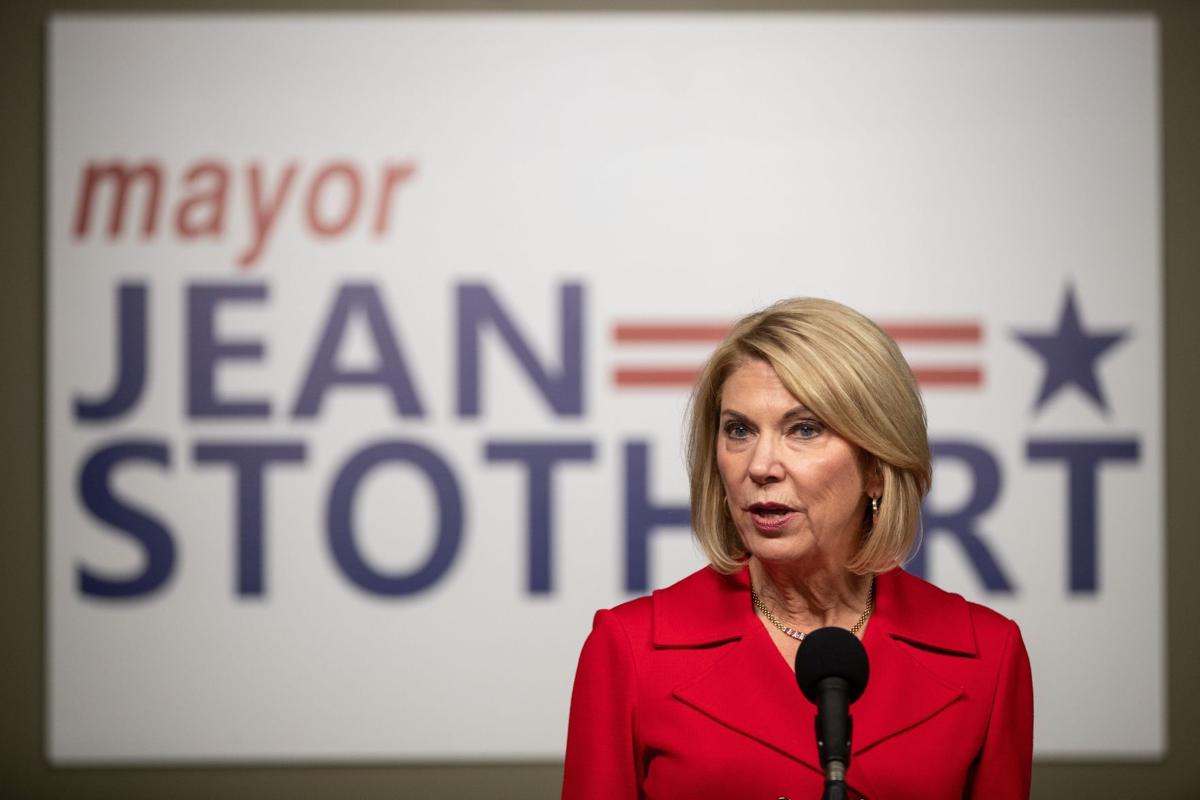 Omaha Mayor Jean Stothert took the lion’s share of the vote in the city primary election on Tuesday.

RJ Neary has his work cut out for him if he hopes to unseat two-term incumbent Mayor Jean Stothert in Omaha’s May 11 general election.

Neary had reason to celebrate Friday after the Douglas County Election Commission released the final batch of ballots from Tuesday’s primary election. He maintained his lead over third-place finisher Jasmine Harris and two other Democrats to advance to face Stothert, a Republican.

But he’ll have to put together a broad coalition of voters, including some who sat out the primary, to overcome a massive advantage held by Stothert.

Stothert received the most votes in every City Council district except northeast Omaha’s District 2 — where she was only 159 votes behind Harris.

Stothert, a former Millard school board member, represented southwest Omaha on the City Council before being elected mayor in 2013. She dominated west Omaha, winning two out of every three votes in council Districts 5, 6 and 7. In some precincts, she claimed more than 80% of the vote.

Crucially, Stothert also took 56% of the vote in South Omaha’s District 4, where a Democrat must do well to remain competitive. She more than tripled Neary’s total votes there.

And Stothert was the top vote-getter in 168 of the city’s 194 precincts. Harris won nearly all the rest. Omaha Public Schools board member Kimara Snipes won one. Neary won none.

“The power of incumbency is really, really important to understand here because you’ve got a two-term incumbent who is a household name in the city,” said Randall Adkins, a professor of political science at the University of Nebraska at Omaha. “She’s done a great job of campaigning.”

But in a city the size of Omaha, with nearly 300,000 registered voters and a large swath of nonpartisan voters, Stothert’s edge is not insurmountable, Adkins said.

Neary’s camp can look to the election results to see how to build on his support.

He received consistent support across the city, getting 13% to 19% of the vote in each council district. He was the strongest challenger in both west and South Omaha. And he won 36% of the votes cast for the Democratic candidates.

In the coming weeks, Neary will work to meet more Omahans, increase his name recognition and consolidate support from voters who backed Harris, Snipes and Mark Gudgel. Snipes finished fourth, and Gudgel, fifth.

In an interview Friday, Neary said his campaign has been gaining momentum as more people meet him and learn about his vision for Omaha.

“The mayor’s had 12 years of name recognition — I’ve had 120 days,” he said. “We’re going to keep getting our message out. There’s going to be more voters in the general election, and I believe people, once they hear our message, want change and want new leadership — somebody that moves ahead and makes our city better for the next generation.”

Neary said he wants to foster a more equitable, more diverse city. He has proposals to improve roads and public infrastructure, implement a climate action plan and keep young, talented people in Omaha.

He also would install a cabinet-level director of equity and said he plans to put together the most diverse cabinet in Omaha history.

In remarks Friday acknowledging the election outcome, Harris said she and her “people-powered campaign” will continue to fight to ensure that inclusion and equity are at the forefront of city government.

“Many people wanted the vision that I had for Omaha, and I want to ensure that RJ knows that vision and that ... the people who are powering that vision are there to make sure that it runs forward,” Harris said.

She stopped short of endorsing Neary — saying she will work with any candidate committed to those ideals — but said she will work to get Stothert out of office.

In a statement, Stothert congratulated Neary and Harris.

Stothert said she looked forward to a “vigorous debate on the future of Omaha.”

“Between now and May 11, we will continue to make the case that we are providing the change, the leadership, and the experience this job requires and that our citizens expect. Our campaign will also continue to reflect the good nature and optimism of those we wish to serve,” Stothert said.

Her votes accounted for nearly 57% of the total vote share, while Neary claimed just under 16%. The election will be officially certified next Friday.

Adkins said the most important thing Neary can do is get out and meet people. TV, radio and social media advertisements play a role in campaigning, but yard signs don’t do much to motivate voters, and many people toss mailers in the trash, Adkins said.

“If Neary wants to really make a good challenge here, he’s going to need a couple of good pairs of shoes because he’s going to (need to) do a lot of walking and knocking on doors, getting out to meet people,” Adkins said.

Voter turnout is sure to be higher in the general election. But early voting begins in about two weeks, on April 26. Election Day is 15 days after that.

“The question is,” Adkins said, “is there enough time?”

Jasmine Harris says the primary is "far from over" with thousands of ballots still to be counted. Her campaign still holds out hope that the Omaha mayoral candidate will finish second.

The longtime Democrat offered a strong endorsement for the Republican and a $10,000 check for her campaign. “It’s an important job, and we have someone very good in that job,” he said.

The Nebraska Legislature is unlikely to approve proposals on voter ID or mail-in balloting because the committee that handles the issue is deadlocked.

Omaha Mayor Jean Stothert took the lion’s share of the vote in the city primary election on Tuesday.