Five people will walk into the Governor’s Office on Dec. 14 and cast the final deciding votes of Nebraska’s 2020 presidential election, cementing the voters’ will in the Electoral College.

Two women and two men, Republicans from Lincoln, Sumner and Axtell, will cast their Electoral College ballots for outgoing President Donald Trump, who won the popular vote statewide and won the vote in two of the state’s three congressional districts.

One woman, a Democrat from Nebraska’s Omaha-based 2nd Congressional District, will cast the state’s fifth electoral ballot for President-elect Joe Biden, making some history of her own.

And she will cast that ballot for a presidential ticket that includes the first woman of color elected to the office of vice president, Howard University alumna Sen. Kamala Harris of California.

“I don’t think I could’ve planned this one, imagined this,” said McKesson, who after the campaign returned to her role as the Nebraska Democratic Party’s finance director. She previously led the party’s constituent outreach.

Republican women have cast Electoral College ballots in Nebraska before. They’ve had more opportunities. Since 1964, GOP candidates have received all of Nebraska’s electoral votes but one.

The exception was in 2008, when then-Sen. Barack Obama, with Biden as his running mate, won a single Electoral College vote in the 2nd District, the “blue dot” Biden reclaimed in 2020.

Biden told The World-Herald in January that he planned to compete for the Omaha area’s electoral vote if he won the nomination and that he hoped to repeat one of his former boss’s favorite victories.

The Nebraska Democratic Party embraced the symbolism, asking local artists Justin Kemerling and Matt Carlson to design a poster of McKesson as “The Elector,” modeled after Obama’s “HOPE” poster from 2008.

State party Chair Jane Kleeb said McKesson earned the job of representing the 2nd District as its elector through her work, from registering voters to staging events to handing out signs.

“In politics, we use the word historic almost too much,” Kleeb said. “This is a moment for not only the African American community, but Black women who have long deserved a seat at the table.”

The Nebraska Republican Party’s executive director, Ryan Hamilton, criticized the Democrats’ convention vote to select a paid staffer as the 2nd District elector, calling it evidence of a “vanishingly small (political) base.”

Presidential electors in Nebraska, he said, are traditionally party volunteers and donors. The 2020 GOP electors reflect his stance, including the outgoing president of the Nebraska Farm Bureau, Steve Nelson.

The three other electors this year for the GOP are George Olmer of Lincoln, Teresa Ibach of Sumner and Darlene Starman of Lincoln.

Olmer, 76, called his chance to cast an electoral vote “an honor.”

“I was startled that I was called and nominated,” said Olmer, a Lincoln businessman. “I’ve generally been active in politics, and that’s why I guess I got identified.”

Omaha's Symone Sanders could be press secretary for Biden

Starman, a Lincoln real estate agent, said she has spent a lot of time during the past few weeks explaining how the Electoral College works and that the people’s vote dictates hers. She said she was proud to be nominated by Sen. Deb Fischer, R-Neb., because “this is an honor you only get once.”

Those two Republican canvassers have gone back and forth on whether to certify votes from the Detroit area, drawing outrage. They sought to rescind their decision to certify their county’s results, but the secretary of state said that wasn’t possible.

Nebraska has seen no such moves, and there have been no allegations of fraud. Assuming the state’s canvassers certify the vote on Nov. 30, the electors will vote according to the election results.

Nebraska has a state law against so-called faithless electors. The law requires electors to back the presidential candidate who wins in their respective constituencies.

Gov. Pete Ricketts and Secretary of State Bob Evnen, both Republicans, still must formally certify each of the Electoral College votes, which political observers say could crack open the door to political drama.

But Ricketts has slammed it shut, saying he will respect the will of 2nd District voters. Evnen’s office, asked about state law on the matter, said it knows of no legal reason not to certify electors’ votes.

McKesson said that because of the coronavirus, she lately has been trying to stay in more often. She lost an uncle to the virus. She also doesn’t want to get sick and have to watch another Democrat cast the 2nd District’s electoral vote in her place.

She’s happy for a break from a campaign schedule that often had her getting up at 3:30 a.m. to send emails before early morning meetings.

She has been trying to clear out the last of the Biden-Harris campaign signs from her garage, thanking campaign volunteers and trying to get back to her regular job with the party.

She’s also spending more time away from politics with her 16-year-old daughter and her 36-year-old brother, who she has taken care of since he was paralyzed in a 2009 shooting.

She misses having her 60-year-old mom around more. Her mom moved in with McKesson for a while but moved back to her own place in August.

Her mom, Sandra Franklin, couldn’t hide her pride in Precious, beaming during an Oct. 16 drive-in rally in North Omaha that her daughter helped organize for Harris’ husband, Doug Emhoff.

It was a long way from the kid who caught the political bug volunteering for then-Omaha City Councilwoman Brenda Council’s late-1990s campaign for mayor against former Mayor Hal Daub.

McKesson worked her way up from a job in a court clerk’s office to a staff position with Omaha State Sen. Justin Wayne and the Legislature’s Urban Affairs Committee. Kleeb hired McKesson in 2018 to help with outreach.

McKesson’s greatest strength, Kleeb says, has been encouraging people to build their power through politics and to see voting as a path to improve how elected leaders respond to their needs.

McKesson said she wanted the job because she hoped to boost turnout in North and South Omaha, as well as statewide. In the 2020 presidential race, turnout in Black and brown communities helped Biden win the 2nd District.

“The fact that communities of color have always received the short end of the stick in politics, the way those numbers turned out, it meant so much to me,” she said.

The hardest part of celebrating the win and the vote she’s about to cast, McKesson says, has been doing it without her grandmother, Johnnie Mae Washington, who died in June 2008. The two talked daily.

Her grandmother would have loved all the fuss around her family. She was called “50 questions” by her grandkids because she often asked a lot of questions when she called before getting to her point, McKesson said.

Washington would host big family dinners at her house every Sunday, sparing no expense even though she earned a modest income cleaning Bergan Mercy hospital.

McKesson, as the oldest grandchild, was “one of the girls” during those Sunday dinners, joining her grandma, mom and aunt for talks that she says shaped her.

“It was always something that meant a lot to me,” McKesson says. “We got to talk about everything. Me and my grandmother would just cackle.”

That December day, when McKesson casts the 2nd District’s ballot for Biden, is a day she wishes she could share with Washington. After the vote, she’ll probably stare for a minute at her phone, wishing it would ring with the question she knows Grandma would ask:

“Was the governor nice to you?”

Since Nebraska adopted the proportional system in 1991, state GOP senators have tried and failed at least 16 times to introduce legislation that would return the state to a winner-take-all system

Nebraska makes its part in the 2020 election official, with the Nebraska State Board of Canvassers certifying the results 5-0 on Monday. 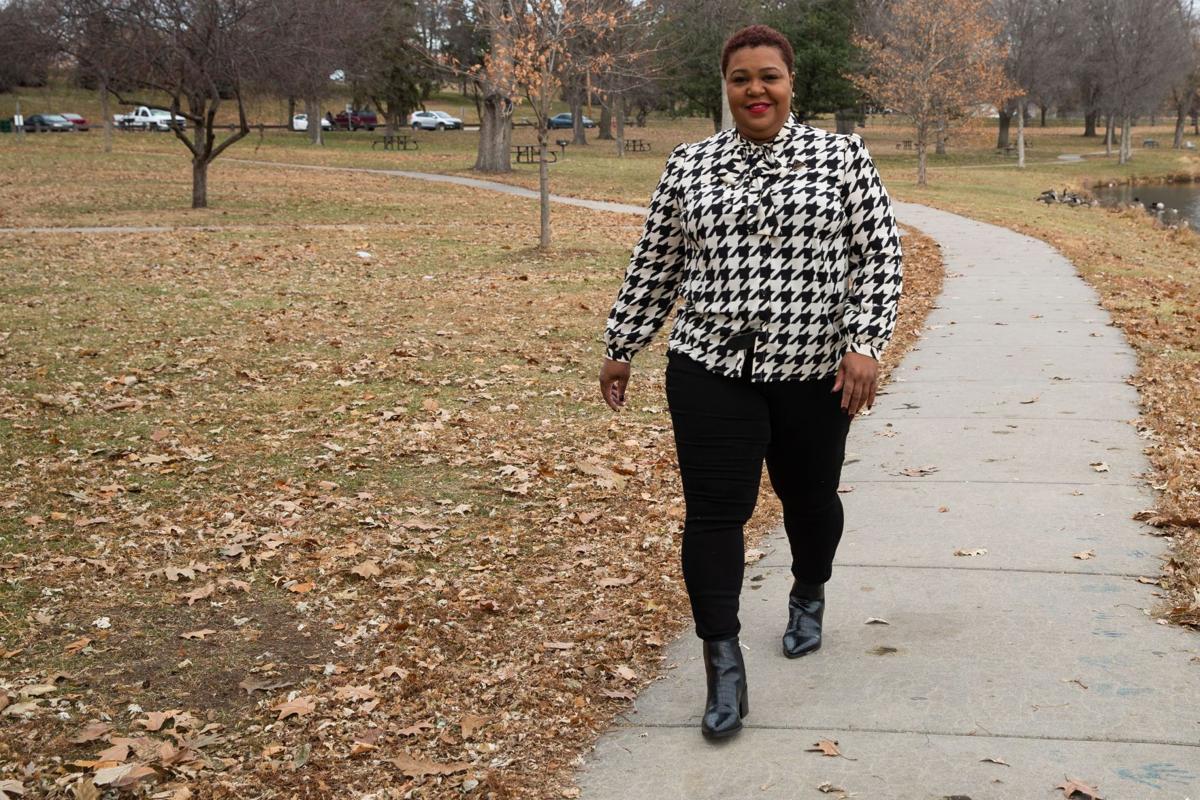 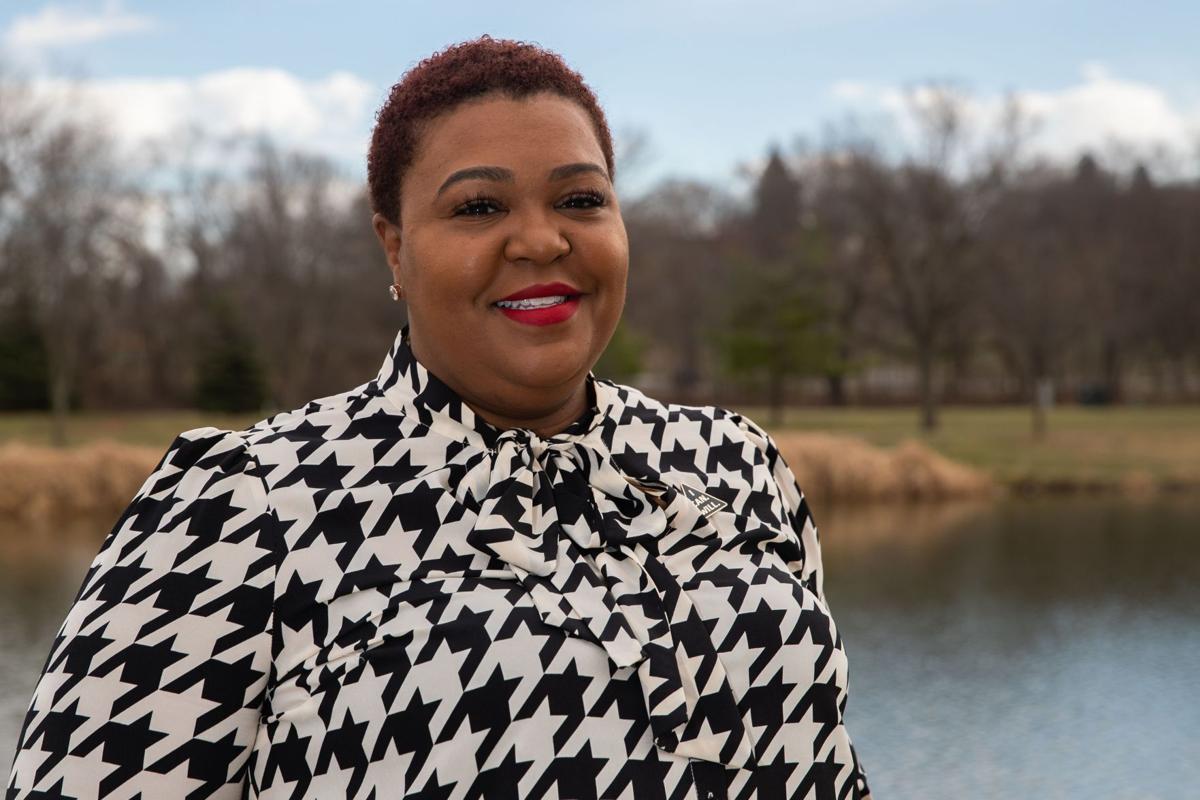