Employees | Guest Wi-Fi
© 2021 Lee Enterprises
Terms of Service | Privacy Policy
1920s Omaha: Thoroughbreds on the track, a tribute to George and a flight to remember
0 comments
Share this
Compiled by Michelle Gullett and Pam Thomas

1920: Paving bricks are laid in sand on a concrete base for the Omaha-to-Elkhorn stretch of the coast-to-coast Lincoln Highway. The highway brings tourists to Elkhorn, inspiring one hotel to change its name to “The Lincoln Highway Hotel.” In 1925, the Lincoln Highway is renamed U.S. Highway 30 and becomes part of the federal highway system.

Aug. 18, 1920: Tennessee becomes the 36th and final state needed to ratify the 19th amendment, which guaranteed women the right to vote. Nebraska ratified the amendment on Aug. 2, 1919.

Sept. 14, 1920: The Knights of Ak-Sar-Ben dedicate their new race track, and three days of horse racing follow. The track sits north of Center Street and west of 63rd Street.

April 15, 1922: The groundbreaking ceremony for the third and present State Capitol is held in Lincoln. It is designed by New York architect Bertram Grosvenor Goodhue and is the first state capitol nationwide to incorporate an office tower. The laying of the cornerstone followed on Nov. 11, 1922, Armistice Day. The building was completed in 1932, a decade after construction began, at a cost of just under $10 million.

1923: The Jewell Building is constructed at 24th and Grant Streets. It’s home to the Dreamland Ballroom for the next 40-plus years. Through the 1950s, it’s a popular place to play for musicians, including Duke Ellington, Nat “King” Cole, Count Basie, Lionel Hampton, Ray Charles and Louis Armstrong.

June 16, 1924: The Aquila Court Building, now home to the Magnolia Hotel, officially opens at 16th and Howard Streets. It’s designed as a prototype space for offices, shops and townhouse studio apartments in a U-shape around a central courtyard. New reports refer to the building as “one of the most unique and beautiful” of its kind in America.

May 5, 1928: Sarah Joslyn announces plans to build an arts center as a memorial to her late husband, George A. Joslyn. Building begins in October 1928. The Joslyn Art Museum, first known as Joslyn Memorial, opened to the public in November 1931. It cost almost $3 million to build. Designed by John and Alan McDonald, the architects gave the museum a progressive look, with a distinctive brand of Art Deco and a recurring thunderbird motif.

March 31, 1929: Plans are announced to build a new Omaha railroad passenger terminal. Construction of Union Station, now home to the Durham Museum, begins on July 29, 1929. According to news reports, the terminal would be designed in the modern American style of architecture, after the design of the Nebraska State Capitol. It opened its doors to great fanfare in January 1931.

June 26, 1929: After demolition of the old Paxton hotel downtown and eight months of construction, a new $1.5 million Art Deco hotel formally opens with 420 rooms, four dining rooms, a barbershop, ballroom and rooftop dog kennel with runways. The lobby carpet is said to be the largest ever used in any hotel. When the hotel closed, the building served as a Job Corps site and a retirement center before its latest evolution into luxury condominiums.

Sept. 9, 1929: Twenty-five airplanes take off from Omaha’s Municipal Airport to participate in the first “All-Nebraska Air Tour.” The six-day tour touches down in 15 towns from Falls City to North Platte. One hundred passengers pay $100 each to ride in the planes. The World-Herald plane, the fastest plane on the tour, is a Cessna monoplane.

1920s Omaha: Lifesaving breakthroughs, a health craze and a 'fat tax' that flops

Exercise was all the rage in the 1920s, which was also notable for its many medical advancements, but a World-Herald editorial blasted some "disgustingly slender persons" when a "fat tax" was floated. 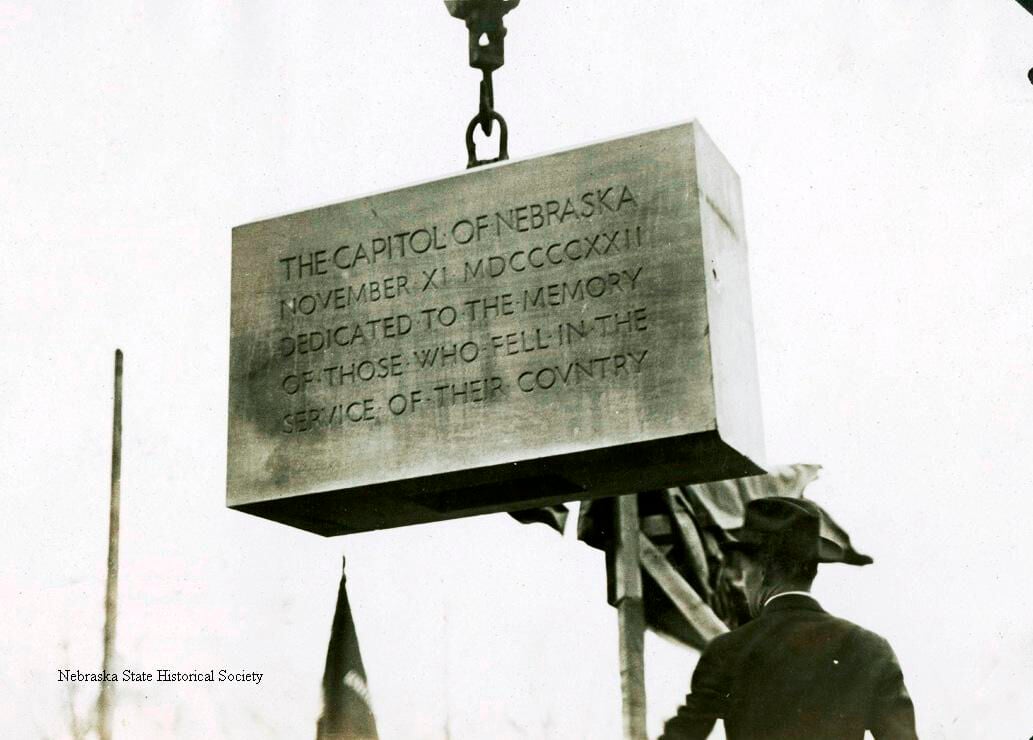 The cornerstone of the Nebraska Capitol drops into place on Armistice Day, 1922. 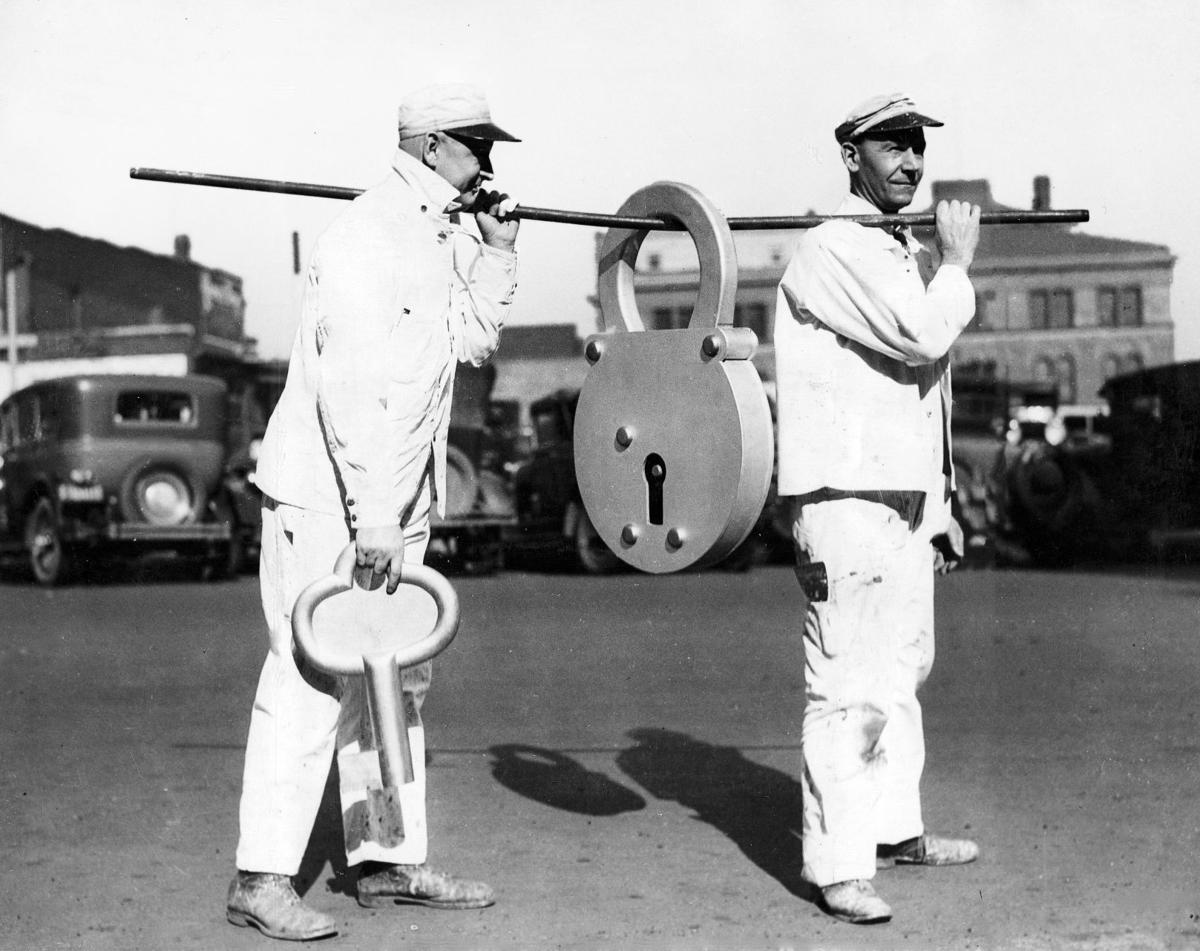 This giant padlock and golden key made headlines on Jan. 8, 1931, during the grand opening of Omaha’s Union Station.