Four years later, he was king of the jungle when he became the zoo director.

When Doc Simmons, a native Arizonan, arrived as veterinarian, the zoo had just 10 full-time employees. Under Simmons’ leadership, the zoo evolved from a bleak Midwestern menagerie into a globally acclaimed collection of animals and exhibits seen by more than 2 million visitors annually and now known as the Henry Doorly Zoo & Aquarium. Many of the insects, plants and creatures inhabiting the jungles, deserts, savannas, waters and islands at the zoo dwell in a realm that Simmons created.

The opening of the $15 million Lied Jungle in 1992 vaulted the zoo into the ranks of the nation's best. The 1.5-acre indoor tropical rain forest features the jungle habitats of Asia, Africa, South America and Australia.

From the time Simmons became zoo director in 1970 until his retirement in 2009, improvements under his leadership, in addition to the Lied Jungle, included the building of cat and giraffe complexes, an aviary, a bear canyon and, in the 1990s, the Scott Aquarium. Those attractions were followed by, among others, the Lozier Imax Theater (now called the Lozier Giant Screen Theater), the Desert Dome and, in the year he retired, the Skyfari aerial tram.

Upon retirement, Simmons became chairman of the Omaha Zoo Foundation's board of directors — raising dollars to turn his daydreams into reality. He remains as a board member.

The birds are back: Omaha zoo's aviary reopens

In a previous World-Herald interview, Walter Scott Jr., then-chairman of the Omaha zoo's board, described the zoo before Simmons took over.

"It was a miserable place," said Scott, who died in September 2021. "Everything you see out there is because of what Lee has done. I think Lee has done an outstanding job."

For more than 50 years, Simmons and his wife, Marie, lived south of 102nd Street and West Center Road in a house that he says once was “Zoo Annex West for babies.”

“I can remember when the nursery was my living room. My daughter, an orangutan and a gorilla were all in diapers and on a bottle at the same time,” Simmons said.

The celebration will end Dec. 1, the day Simmons was hired at the Omaha zoo in 1966. He continues to serve as chairman of the Omaha Zoo Foundation.

The female African elephant calf was named by the Grewcock family, who won the naming rights at the zoo's fundraiser.

The elephant received his name from a donor who won the naming rights at the Henry Doorly Zoo & Aquarium’s fundraiser.

This 'green' computer is powered entirely by algae

This 'green' computer is powered entirely by algae 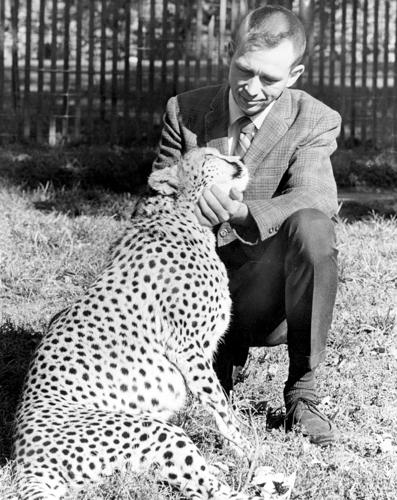 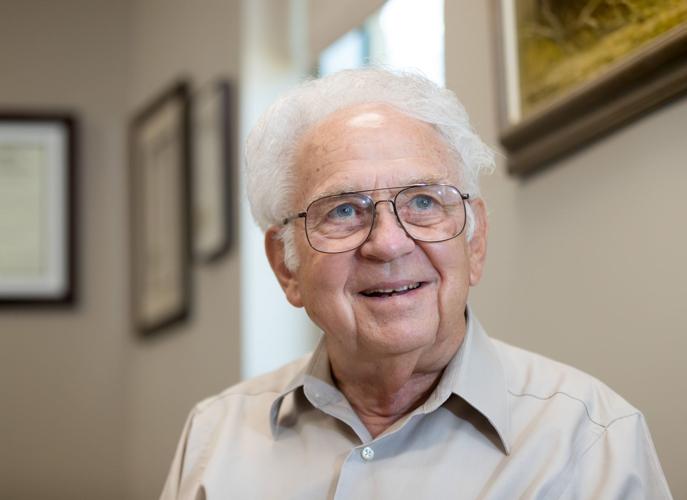