Fifty years ago today, Nebraska drove 74 yards in the final minutes to defeat archrival Oklahoma 35-31 in what's known as the "Game of the Century."

At the finish on a dark, windy Thanksgiving afternoon in Norman, Oklahoma, the Huskers sported an 11-0 record and the Sooners were 9-1. At the time, only two other Nebraska teams had earned 11 victories. The 1970 national championship club was 11-0-1, and the 1903 Huskers, who opened against Lincoln High School, were 11-0.

Nebraska and Oklahoma, Big Eight rivals, were 1-2 in the AP Poll for seven weeks leading up to their famous showdown, and then Johnny Rodgers became a legend with his punt-return touchdown to start the scoring. He raced 72 yards to the end zone for his 16th touchdown of the season.

Rodgers, a junior who would go on to win the Heisman Trophy in 1972, also caught five passes in the game, replacing Jeff Kinney as the NU career record-holder with a total of 89.

With 7:05 to play in the game, the pressure was huge. Oklahoma held a 31-28 advantage and Nebraska had the ball on its own 26-yard line. The darkness was increasing and a light rain was falling, and then Nebraska began its history-making trek of 74 yards for the game-winning score.

The Huskers and Sooners traded the lead four times in the last 31 minutes before Jeff Kinney's fourth touchdown of the game gave Nebraska the lead for good with 1:38 left.

Nebraska outrushed Oklahoma 297 yards to 279, with the Blackshirts holding the nation's ground-gaining leaders to their smallest sum of the year.

Kinney was the game's leading rusher — accounting for 171 yards — as Nebraska wrapped up the Big Eight championship.

Quarterback Jerry Tagge collected 114 yards running and passing to become the first Nebraska player ever to crack the 2,000-yard total offense mark in a single season.

In the end, the Blackshirts were tough enough and the Husker offense was at its best when the pressure was greatest.

'A little bit of hatred, with a lot of respect': Husker fans excited to renew Sooner rivalry

Photos: Nebraska vs. Oklahoma in 'The Game of the Century'

Nebraska is celebrating the 50th anniversary of its 1971 national championship by inducting six members of that Husker team into the Nebraska Football Hall of Fame.

Shatel: No moral victories, but this Surprise of the Century comes with hope

There will be no consolations or moral victories. But Nebraska's 23-16 loss to Oklahoma — this Surprise of the Century — is complicated, writes Tom Shatel. 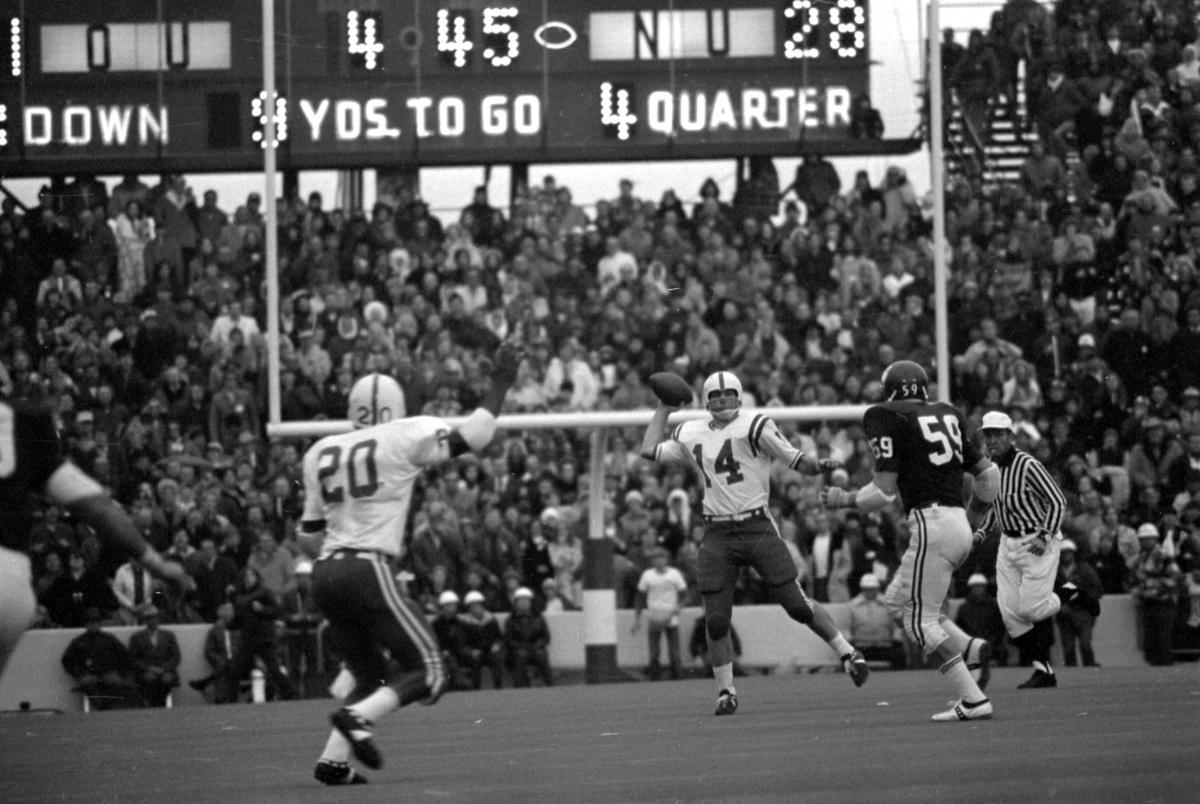 Johnny Rodgers signals to Jerry Tagge that he's open on Nebraska's final drive during the "Game of the Century" against Oklahoma on Nov. 25, 1971, at Owen Field in Norman, Oklahoma. 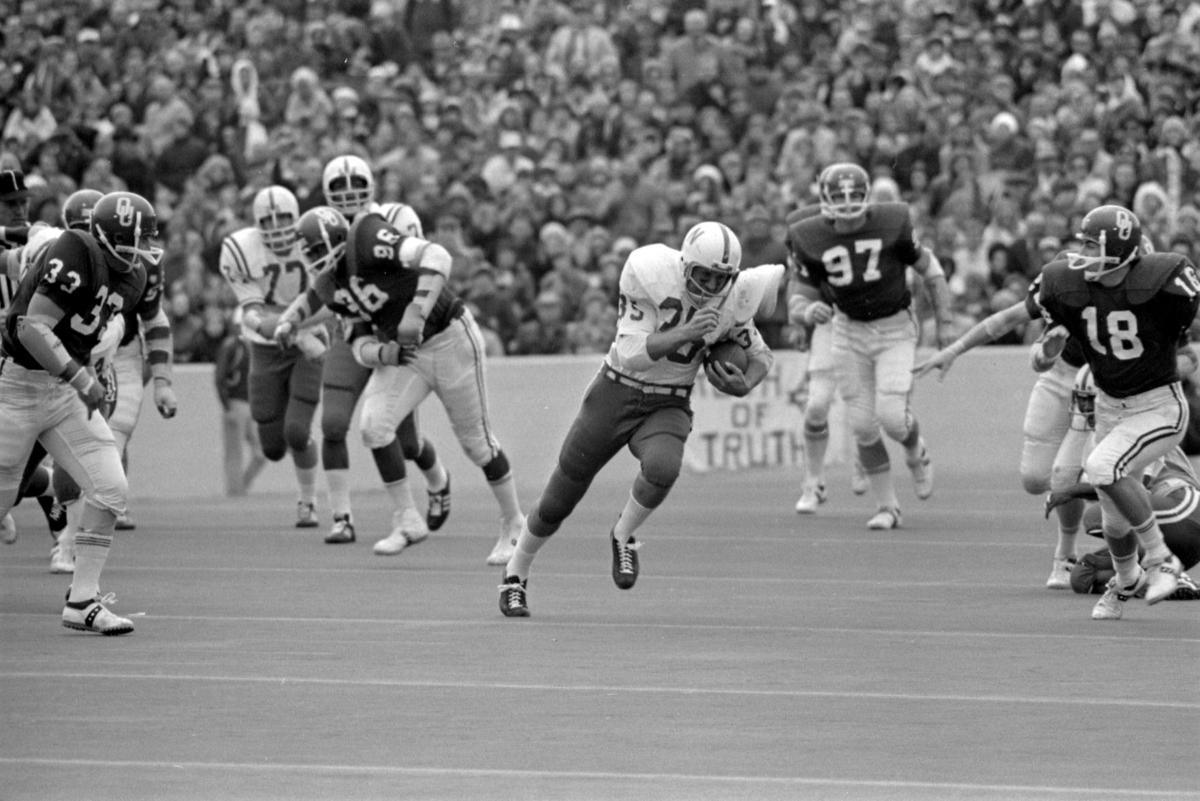