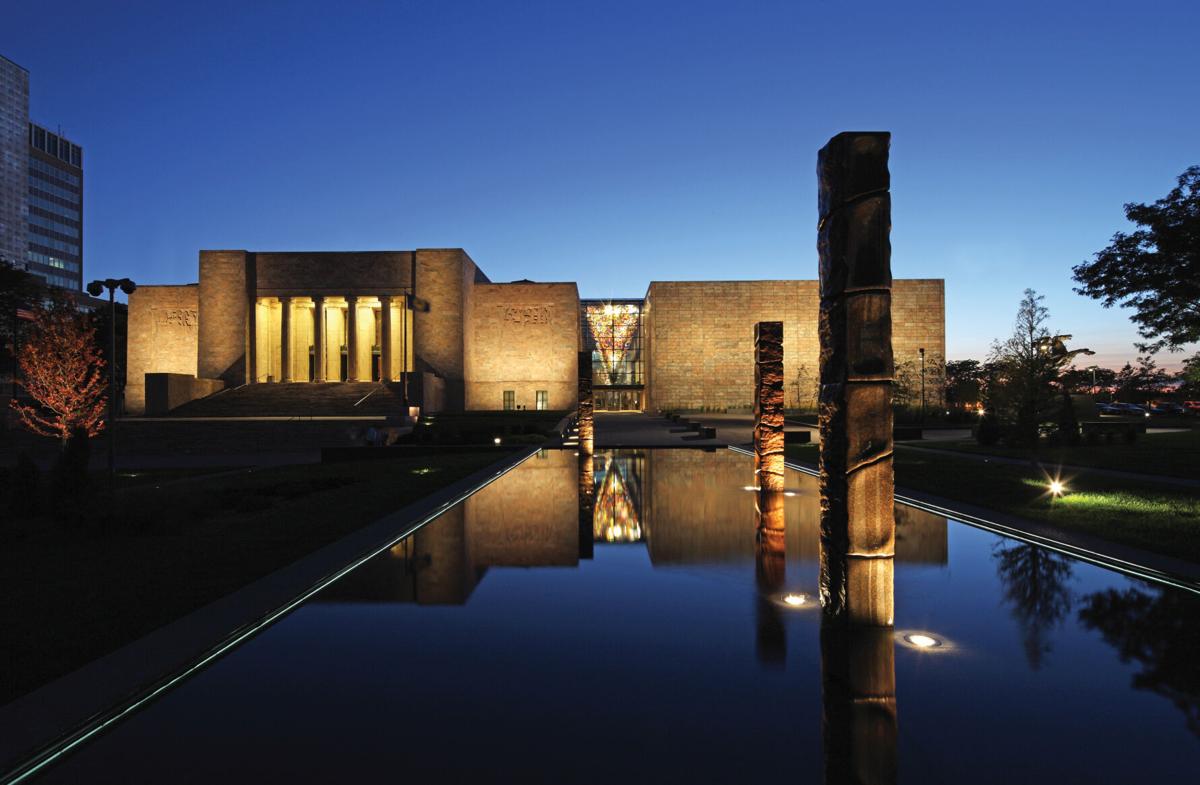 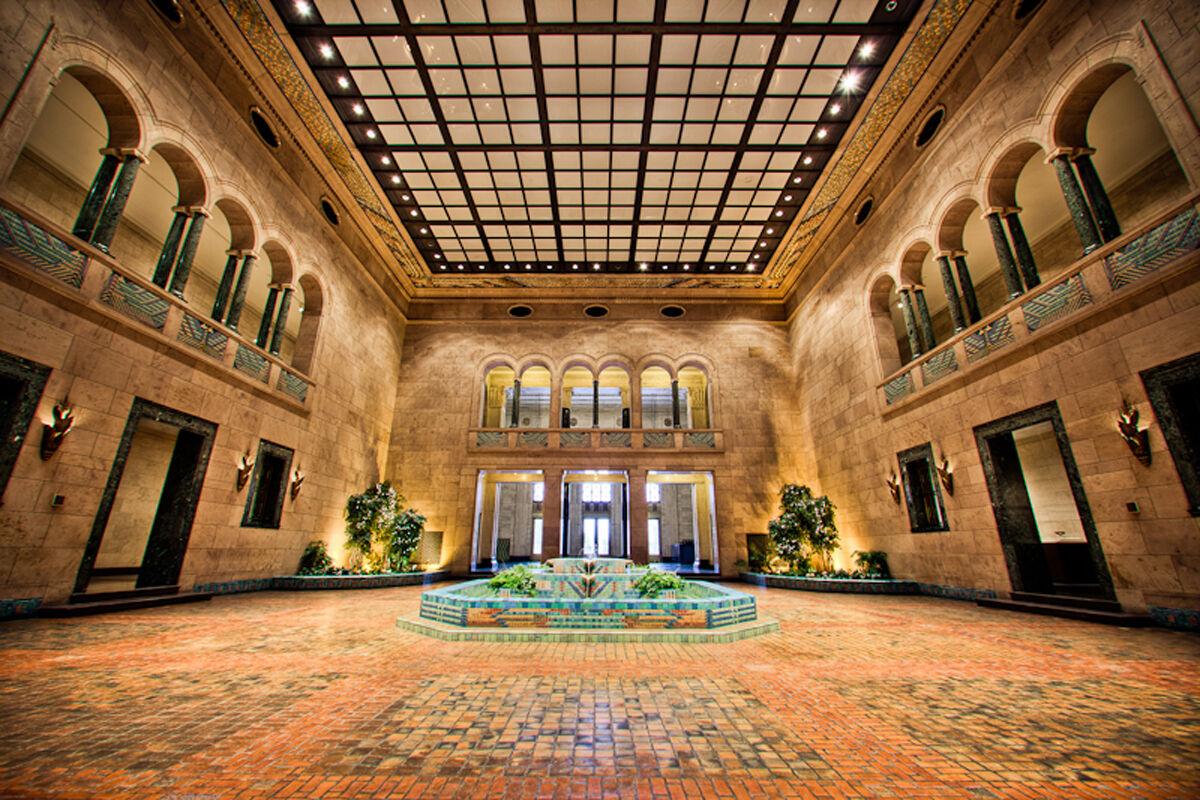 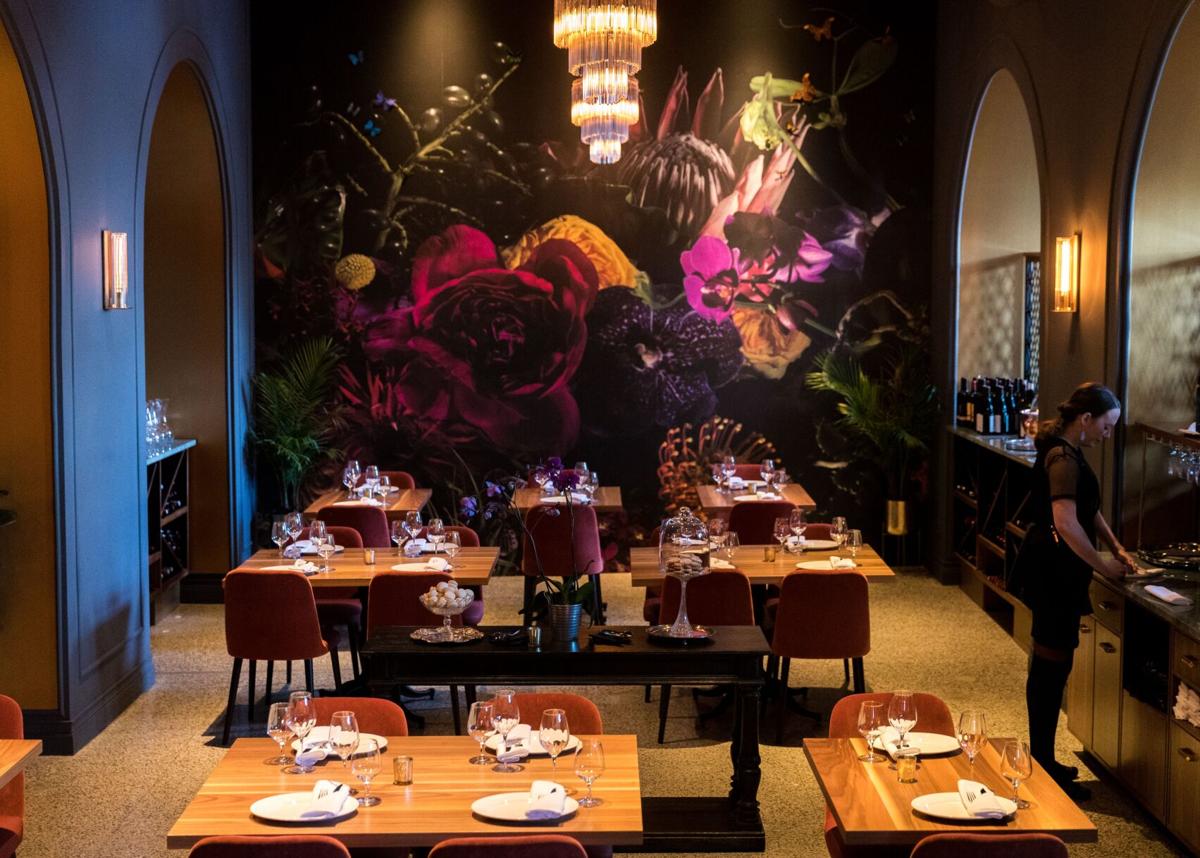 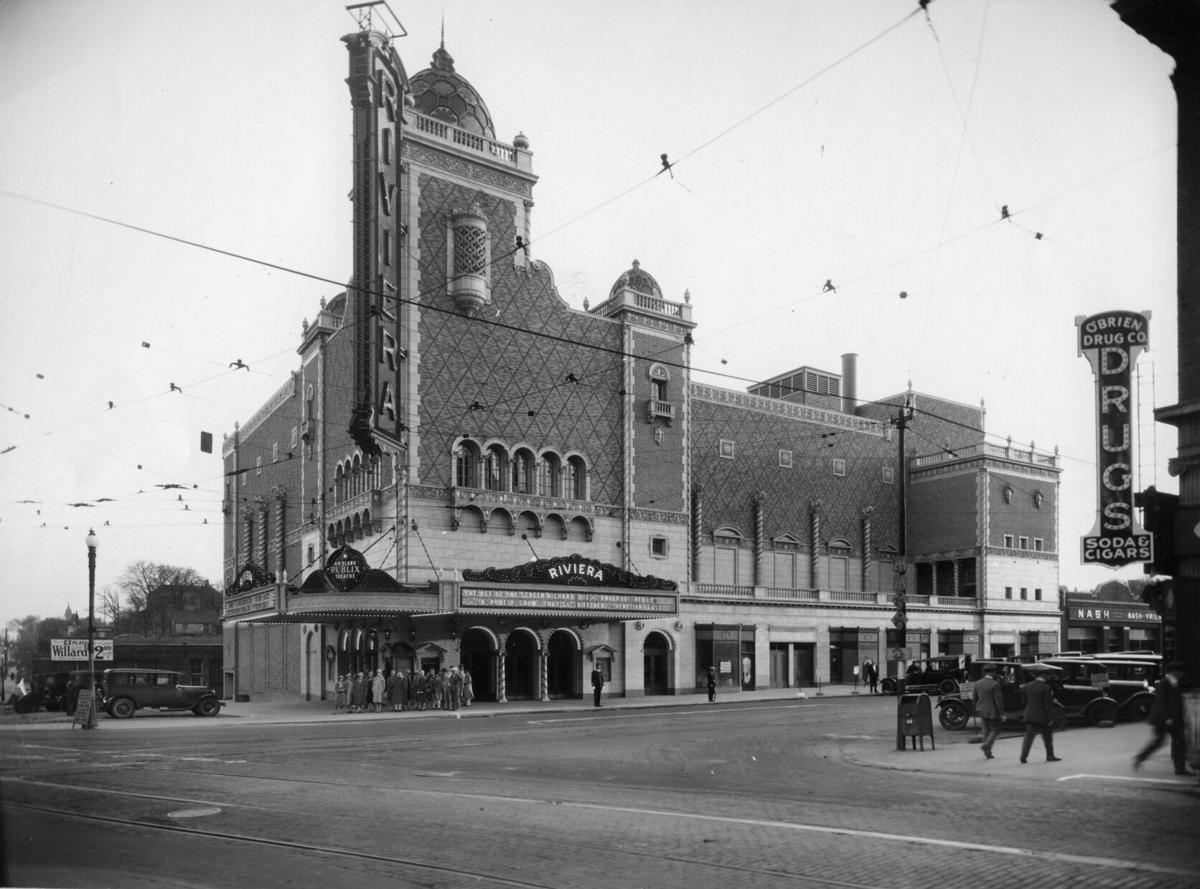 The 20th century brought a number of classic beauties to Omaha. We’re talking buildings with extraordinary architectural features. Here are a handful, sourced from “Building for the Ages: Omaha’s Architectural Landmarks” by Kristine Gerber and Jeffrey S. Spencer, published in 2003.

The Chicago architectural firm of Holabird and Roach built this structure in 1923 for Chicago capitalists and developers Charles and Raymond Cook. The building is significant as it represented a new concept in multipurpose buildings. Raymond Cook insisted that an interior courtyard be included, reminiscent of an Italian garden he liked in Chicago. In 1972, the court was extensively remodeled and completely covered with split-marble slabs. Modern fountains and a large ornamental waterwheel replace the pools and canals. Although the elegant and classical facade remains unchanged, much interior alteration has taken place. The building is now the Magnolia Hotel.

Built to resemble a Moorish palace, this unique style by Chicago architect John Eberson is rarely seen in the region. Opened in 1927, the Riviera Theater had a seating capacity of 2,776. The visual effect of the interior was breathtaking, with rosebuds floating in fountains, goldfish swimming in aquariums, and performances under the canopy of a star-covered sky. The exterior features glazed brick arranged in diamond-shaped patterns, a tower with a copper dome and six freestanding columns with griffin-like figures. In 1929, the building was sold and renamed The Paramount Theater, offering shows, concerts and movies through 1957. Creighton University purchased it in 1960 and renovated the auditorium for the Omaha Packers, a professional bowling team. In 1962, it was remodeled again as the Astro Theater until 1980. The building faced demolition until Rose Blumkin, founder of Nebraska Furniture Mart, purchased it, deeded it to the Omaha Theater Company for Young People and contributed to the renovation.

The Kitchen brothers built the original Paxton Hotel in 1882. It was named for community leader and businessman William A. Paxton, a founder of the Omaha Stockyards and Paxton Vierling Steel Co. In 1927, plans developed to create a new Paxton Hotel at the same location, and the old hotel was torn down. Architect Joseph G. McArthur of Omaha designed the new hotel in a more modern style employing Bedford limestone and terra cotta for exterior ornamentation. The $1.5 million hotel opened June 26, 1929, and was in business until the 1960s. In July 1966, the Federal Women’s Job Corps leased the building for three years as a residence for program participants. It was then remodeled, and once again opened as a hotel in May 1971. When that venture failed, the building got a second reprieve, converted into senior housing and renamed the Paxton Manor in 1975. The venture lasted 25 years. In 2003, the building was rehabilitated and in 2004 opened as The Paxton, a condominium community. In 2007, the ballroom was restored. The hotel remains one of the few significant Art Deco structures in the city.

Constructed for $453,000 as a 12-story office tower, The Redick is the first example in Omaha of a combination office structure and automobile parking facility. The name of the building recognizes the Redick family, prominent Omaha pioneers, who once owned the building site. Built by the Parsons Construction Co. of Omaha for Garrett and Agar Inc., materials used in construction include reinforced concrete, brick and terra cotta. The Redick is home to Hotel Deco, which is undergoing a major renovation that’s expected to be complete by the end of March.

After the death of arts-loving George A. Joslyn in 1916, his widow, Sarah, began to plan a suitable memorial. Resembling an adaptation of an Egyptian temple, the Joslyn Museum incorporated many Art Moderne motifs. Constructed of pink Georgia marble, it is significant in both overall design and richness of material. Sarah Joslyn provided $2.6 million for its construction and an endowment for maintenance. Construction began Oct. 2, 1928, and was completed Nov. 29, 1931. The structure included small galleries, office space, a director’s room, lecture hall and large concert hall, as well as a spacious central count with a skylight. English architect Sir Norman Foster designed a 58,000-square-foot addition that opened on Nov. 19, 1994. It boasts pink Georgia marble from the same quarry to match the original building. A second addition is in the planning stages.

In Omaha's 'crazy' market, no inspection and big down payment are keys to buying a house

Because the housing market is so tight in Omaha, it's changed the way people traditionally have purchased a home.

1920s houses are works of art and a piece of Omaha history, Realtor says

Each of Omaha's 1920s houses tell a story about their previous owners. And they fetch top prices, too.

Recent projects include major exterior work at the former Union Station, now the Durham Museum. It wrapped up just in time for the building's 90th birthday. 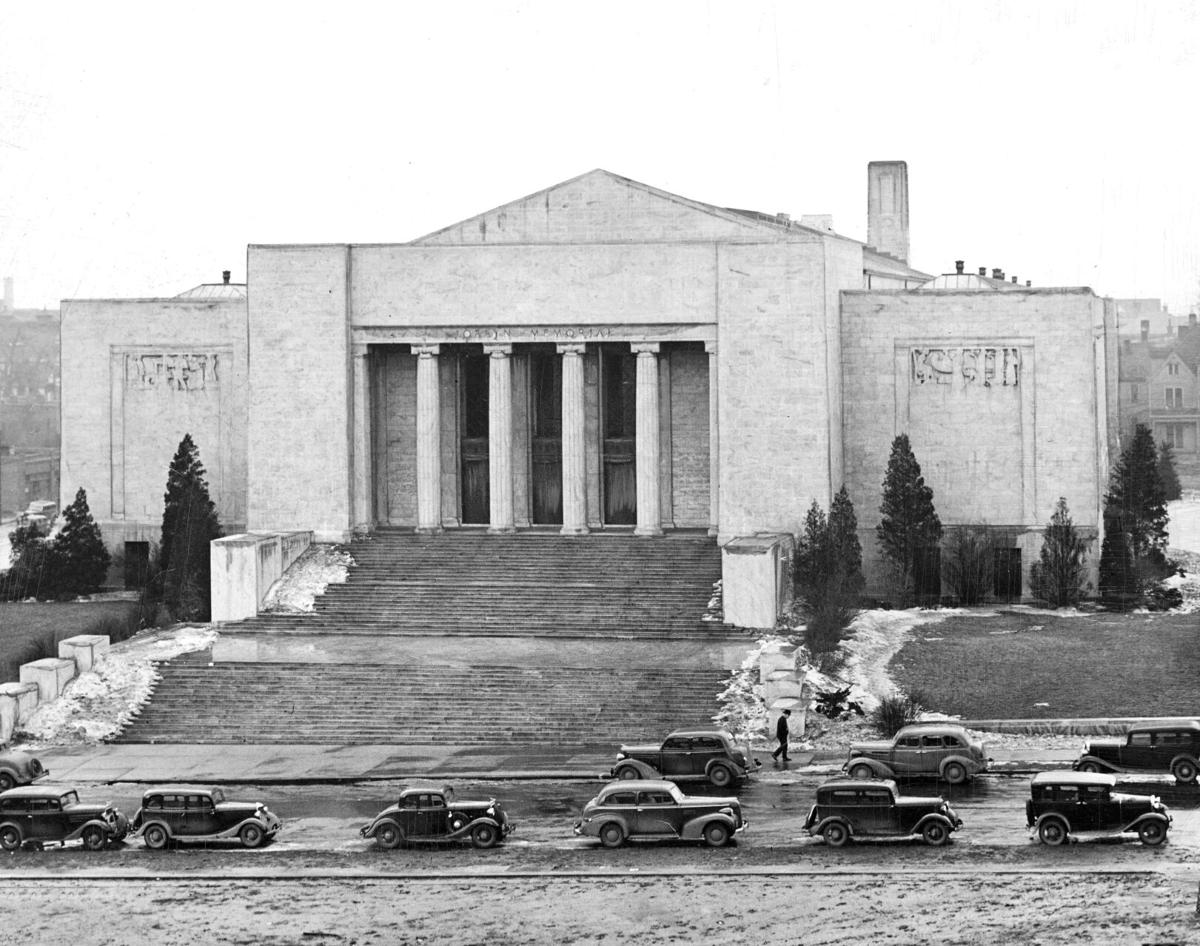 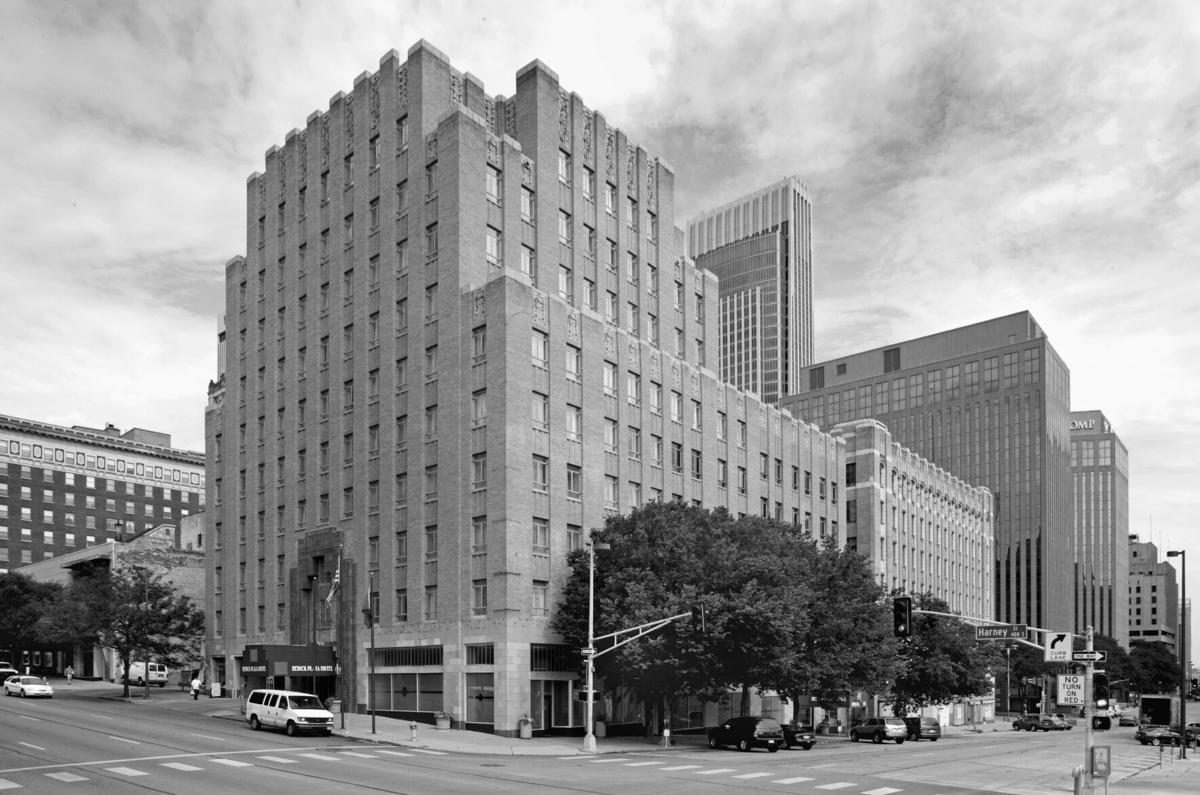 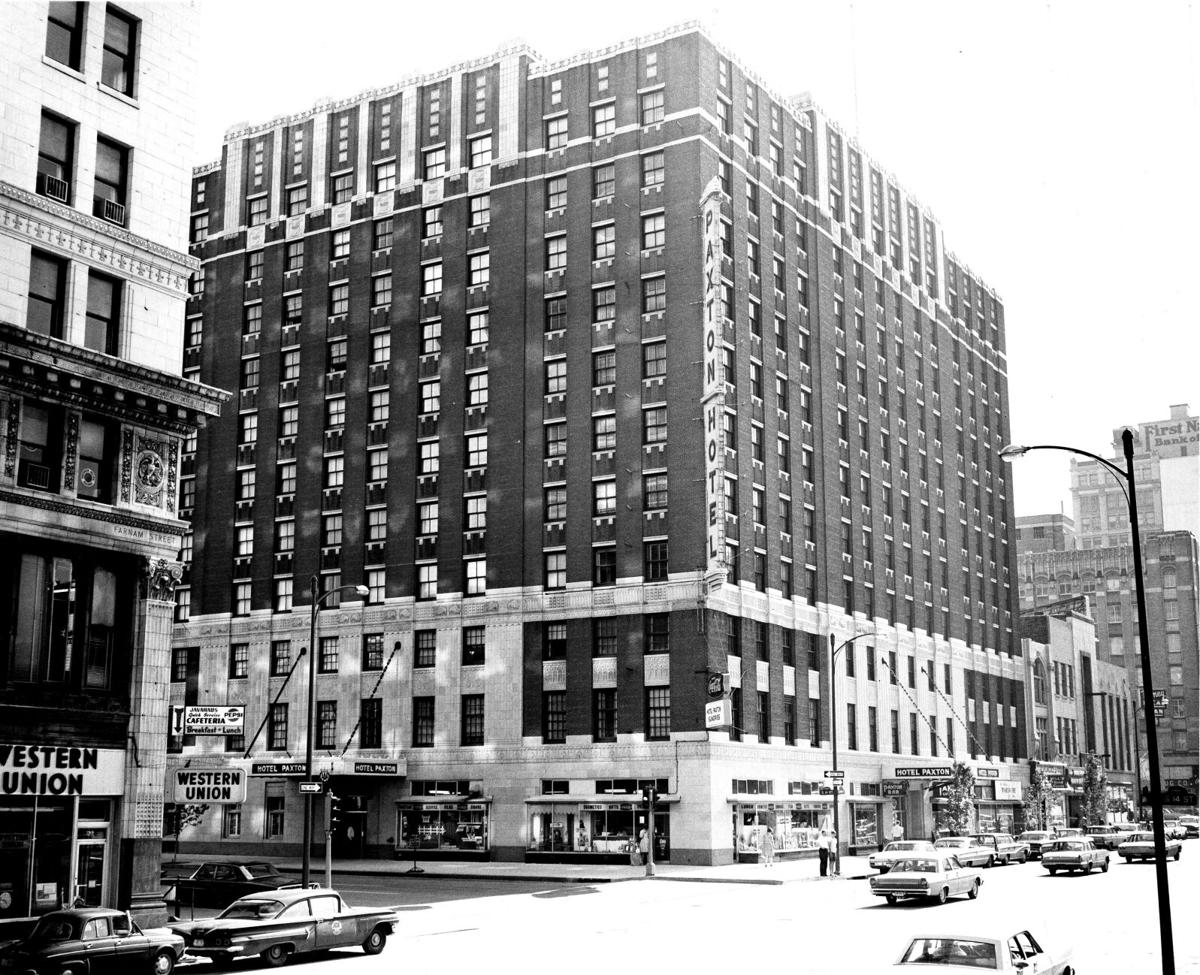 The Rose, 20th and Farnam Streets. 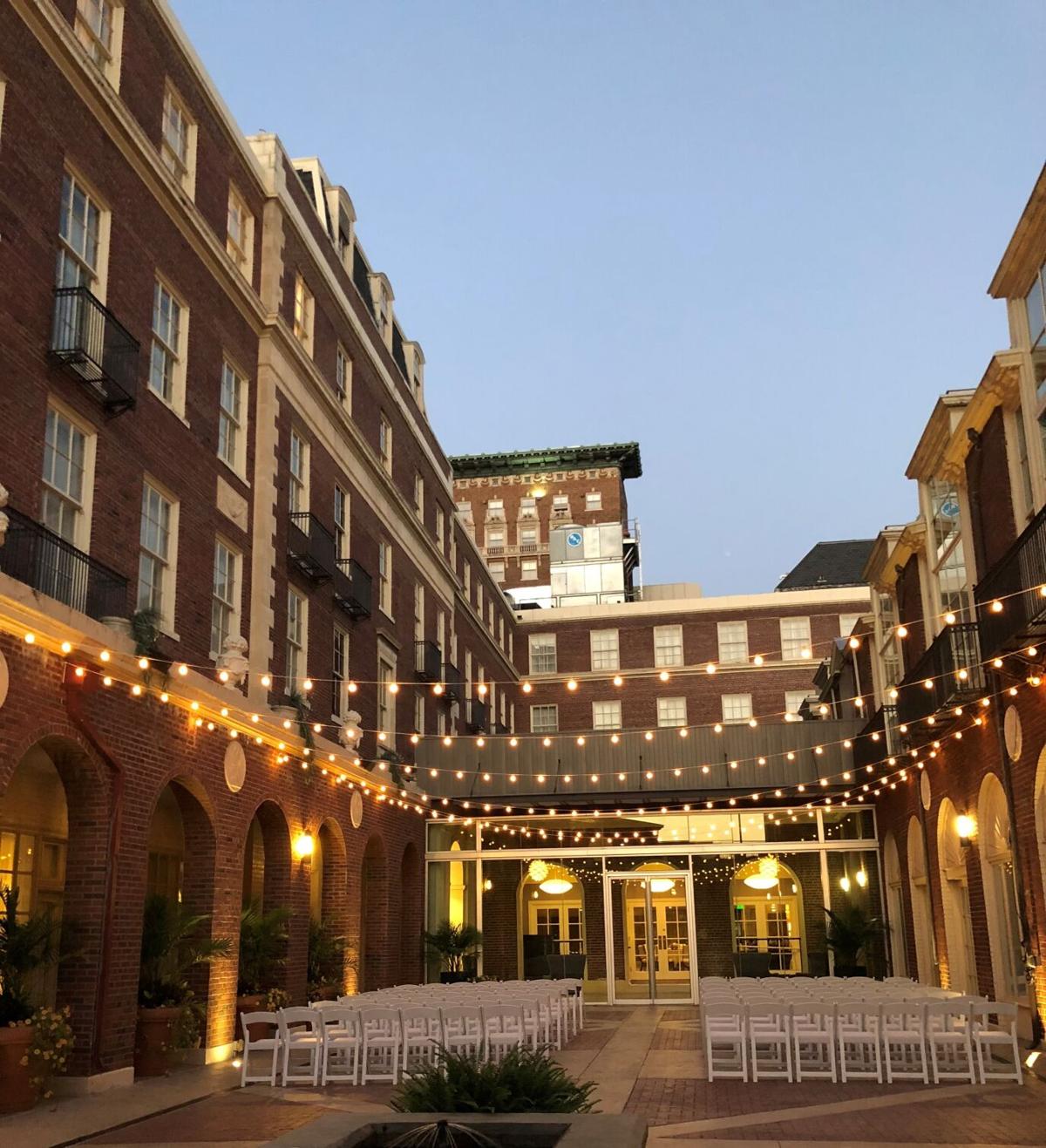