If you’ve driven into downtown Omaha from the airport, you’ve seen them: four red towers that rise above the busy crossroads where Abbott Drive meets Cuming and 10th Streets.

Indeed, an untold number of people have passed by the monuments that adorn the four corners of the intersection near TD Ameritrade Park and the CHI Health Center.

But chances are only a fraction may be aware of the history behind them.

The story goes back to Omaha’s old U.S. Post Office built around 1900 and demolished in 1966. The demise of the structure sparked a new era of local preservation advocacy, as Omaha Landmarks Inc. was formed then to try to save what members saw as an architectural and historical gem.

As fate had it, Landmarks lost that battle; the postal building was torn down at 16th and Dodge Streets and replaced by a hotel-bank complex.

But the old structure was not forgotten. At least not by fans including Lyn Wallin Ziegenbein.

Ziegenbein was executive director of the Peter Kiewit Foundation in the early 2000s when the nonprofit provided the bulk of funds for a project to beautify Abbott Drive between downtown and Eppley Airfield.

She recalled disrupting a plan by the design firm that was going to install more generic-looking pylons at the end of the “string of pearls” project.

“No, no, no, no. Here’s what we are going to do,” Ziegenbein recalled saying.

She sent the team to the site of the razed post office, where the First National Bank and DoubleTree hotel complex now operate. A huge picture of the old post office — and its prominent clock tower — was hanging in a lower lobby.

Ziegenbein asked them to replicate the tower feature as a sort of “punctuation mark” at the end of the corridor.

In its day, the actual clock tower stretched above the copper roofline of the post office constructed in Richardsonian Romanesque style similar to other postal facilities of that era around the nation. The building, with its hand-carved exterior details, arches and stained glass, was declared surplus by the federal government in the early 1960s after its replacement was built at a different location south of downtown.

Landmarks took its futile rescue attempt to a national level. At one point, the group proposed restoring a portion of the post office as a “western gateway center” with a hotel, new National Park Service headquarters, travel offices, restaurant and more.

But the business community and then-Mayor A.V. Sorensen pushed for the deteriorating structure to be razed and the site redeveloped and put on the tax rolls.

Woodmen of the World in late 1965 acquired the property from the federal government after its bid edged out First National’s. A demolition contract was awarded. Months later, the bank ended up buying the site from Woodmen and pursued the bank-hotel complex.

Ziegenbein said she’s gotten some comments about the pillars over the years, including from the late U.S. Sen. Dave Karnes, an Omaha native who once called her and noted that they reminded him of the old post office.

But not many today know the deeper significance of the red tower monuments. Even Kristine Gerber, a local historian who knows well the story of the old post office, wasn’t aware of the link with the “string of pearls” project.

She and Ziegenbein hope awareness grows.

“That was such a prize Omaha building,” said Ziegenbein. “A piece of Omaha history.”

In the Redefining Downtown series, Cindy Gonzalez examines Omaha’s major redevelopment efforts over the past 50 years: How we got here, how it…

Here are some books relating to Omaha and Nebraska history, many by local authors, to check out. 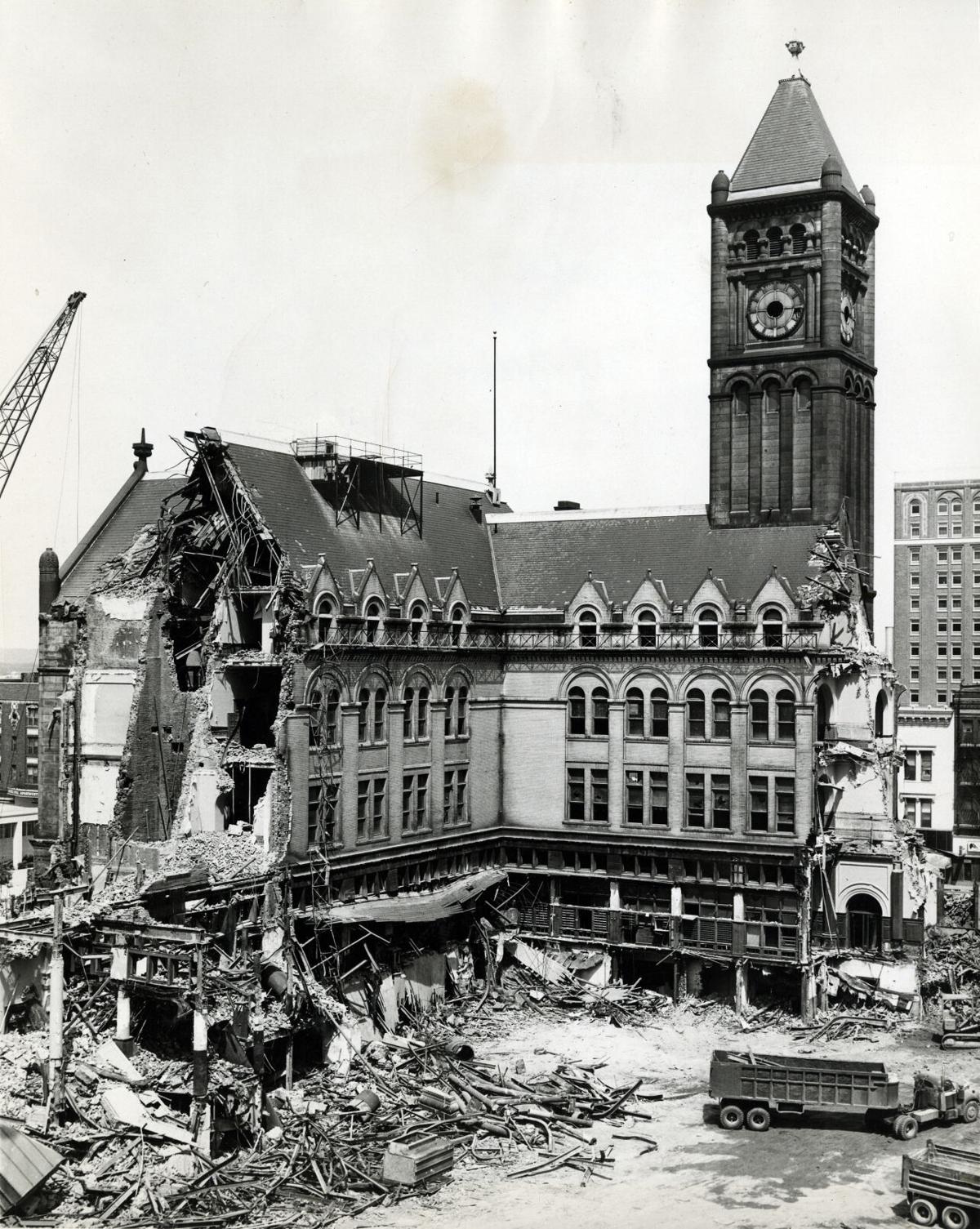 The old post office building while it was being demolished. 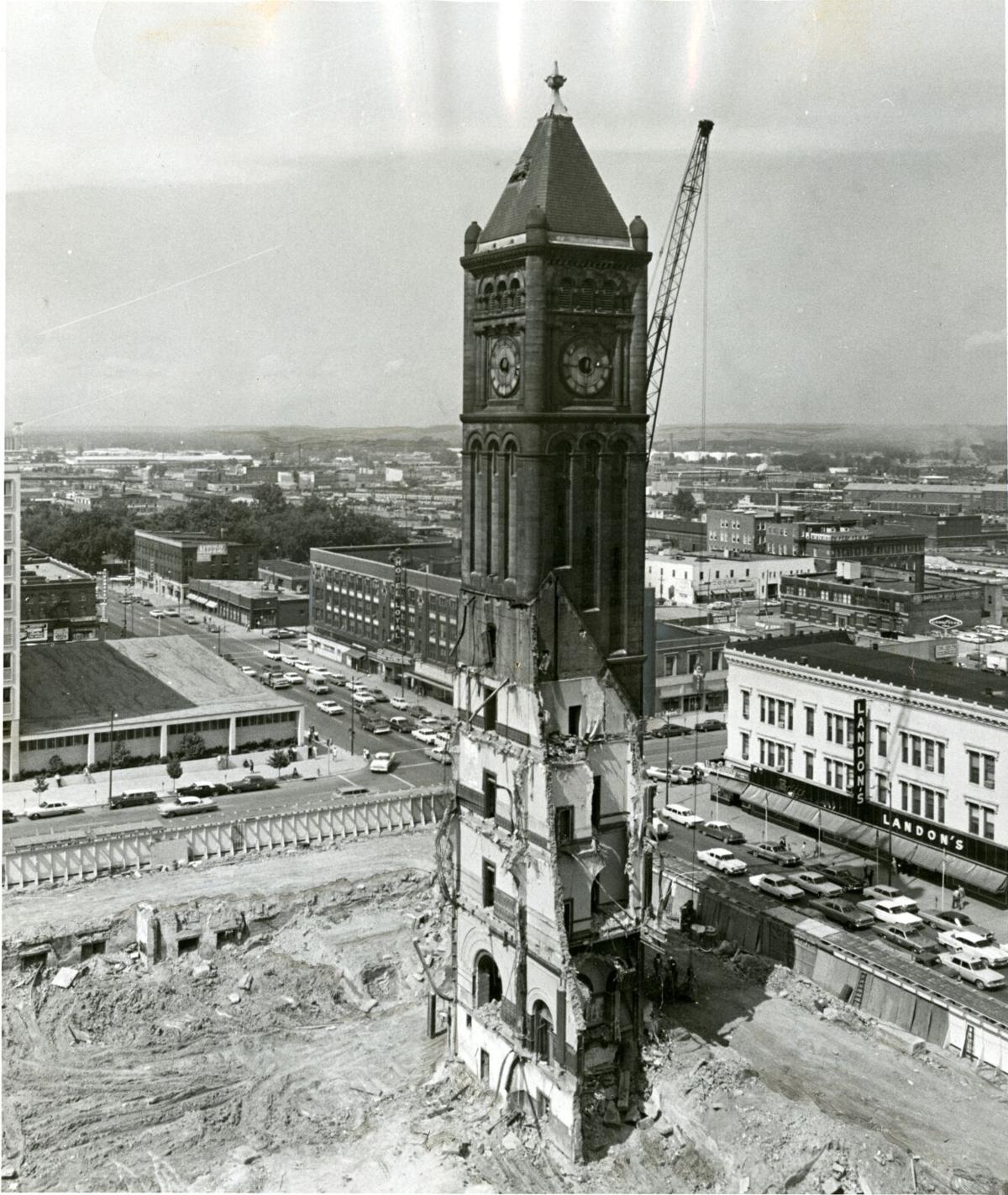 Most of the old post office building had been demolished, except for the iconic tower. 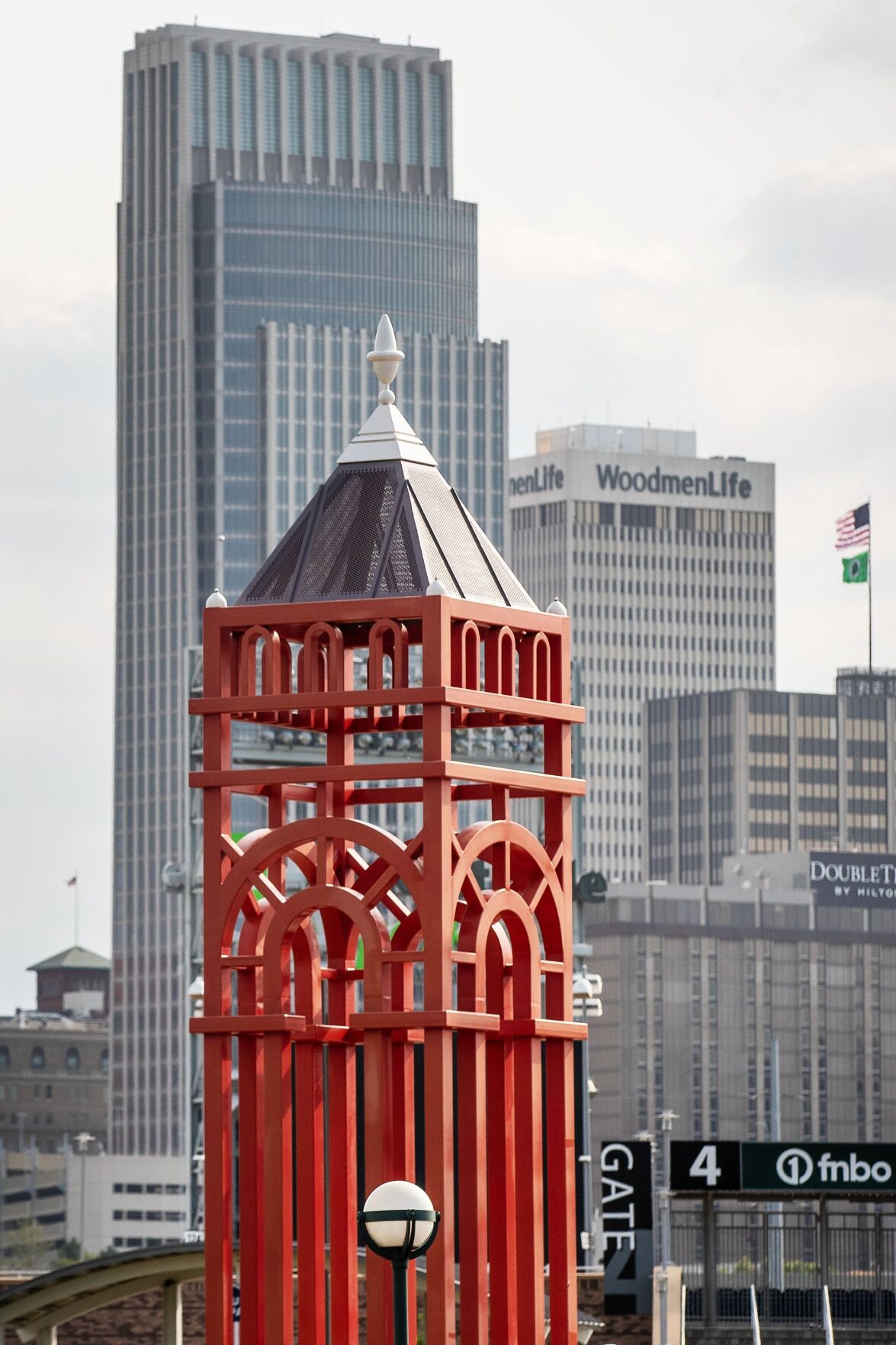 Red pylons meant to invoke Omaha’s architectural past now sit on the corner of 10th and Cuming Streets.

This story was published in partnership with History Nebraska.