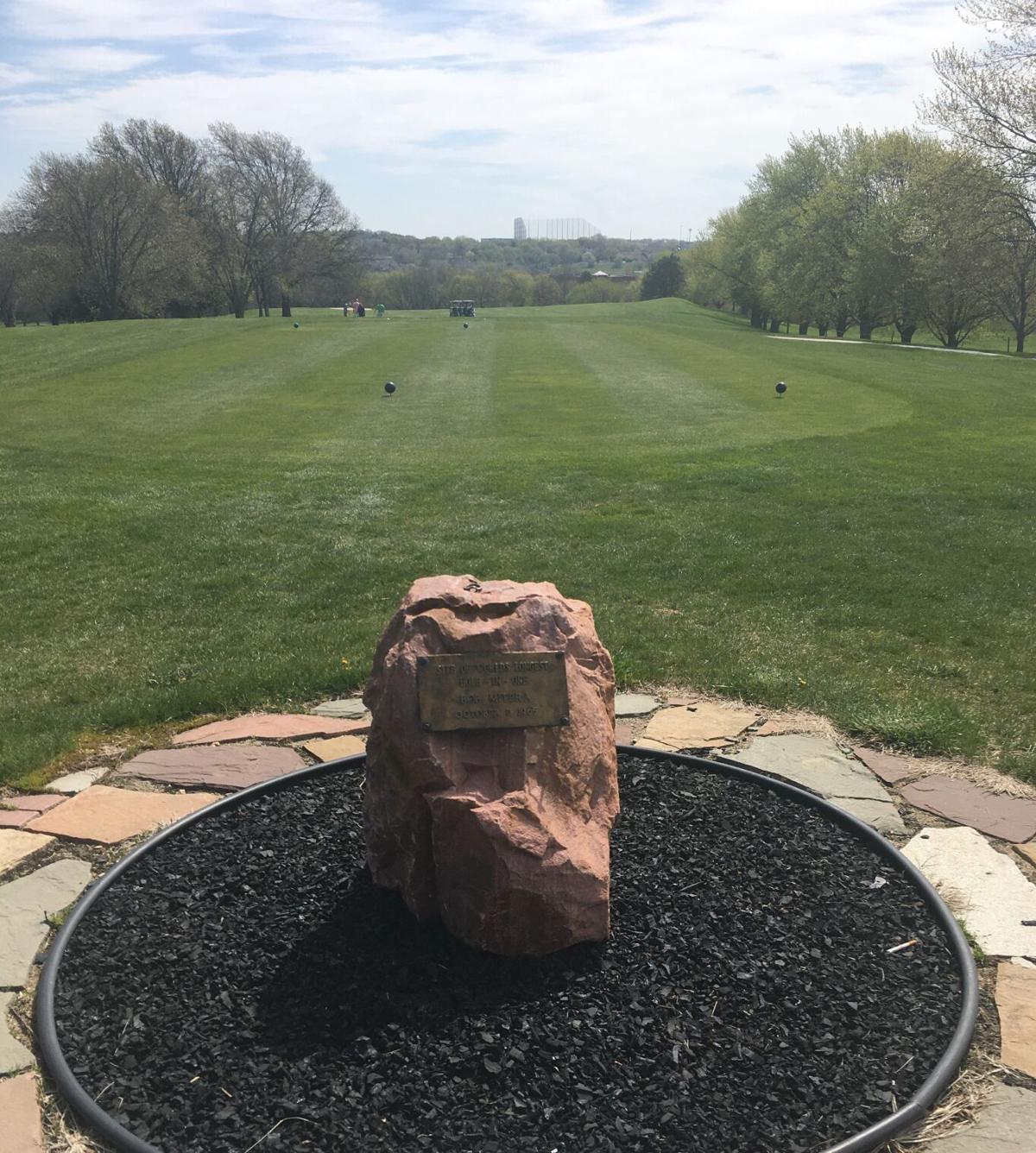 Near the No. 1 fairway at Miracle Hills Golf Course is a boulder with imbedded plaque indicating it is the site of the world record longest hole-in-one shot on Oct. 7, 1965, by Bob Mitera. 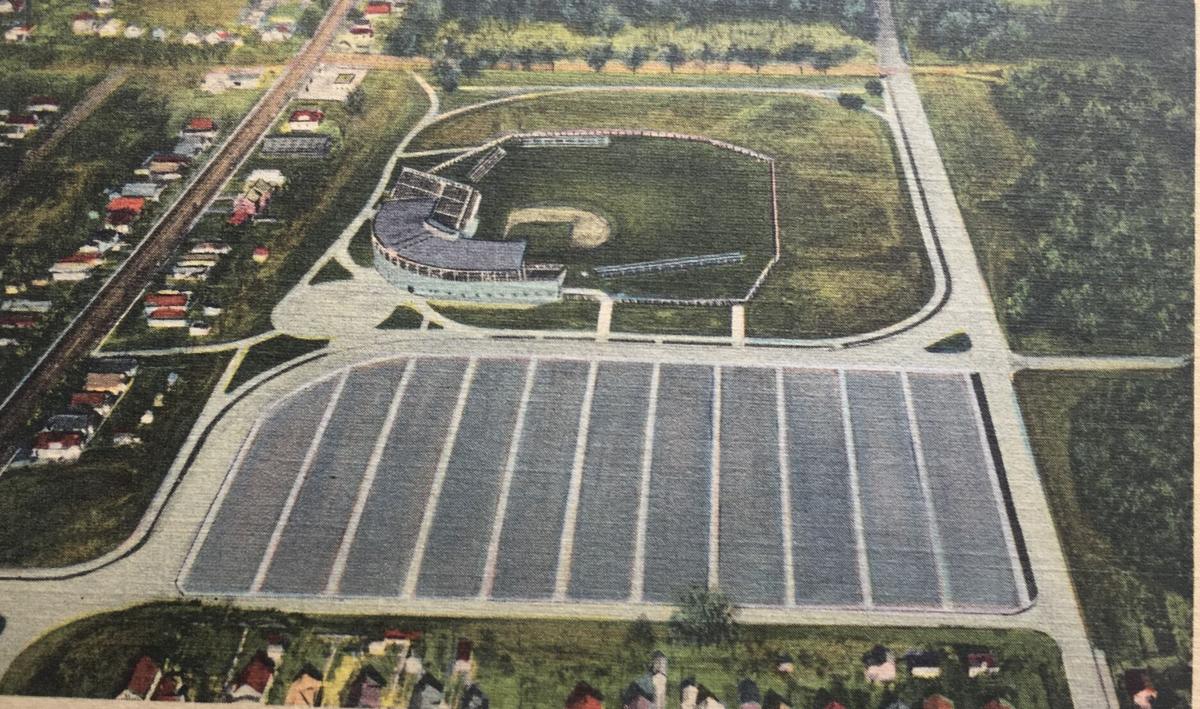 An aerial view of Rosenblatt Stadium just completed in 1948. The world record for longest throw of a baseball was set here on Aug. 1, 1957, by Glen Gorbous.

Setting records in any sport is exciting, and it’s big business for those who keep track and publish them. Guinness currently has more than 40,000 world records in its database, which is actually more than the kinds of beer it makes. In this column I’m looking for sports records which were set on Omaha soil (or water).

I’m starting with one which produced a lot of disbelief in the record-conscious world of golf. However, Golf Digest has investigated and verified that the world-record longest hole-in-one was plunked in at west Omaha’s Miracle Hill Golf Course on Oct. 7, 1965, by Bob Mitera, a Creighton University golfer who was 21 at the time.

He holed out on the par 4 No. 10 (today’s No. 1). The fairway was straight-away 275 yards to a crest with a drop-off toward the hole — 444 yards from the tee box! Apparently there was a robust, friendly wind that day and the fairway was hard as rock. Mitera’s playing partner also drove the green and ended up beyond the hole.

Mitera has been reticent to talk about the record, feeling that his veracity about it has been unjustly questioned. We believe you, Bob! Whether his record has been broken is shrouded in controversy, but if you ask Phil Palmer, general manager at Miracle Hill, it still stands.

Omaha History Detective: Three famous people you might not know were born here

Omaha miraculously earned the right to host the 2008 U.S. Olympic Swimming Trials. It was a miracle because we didn’t have a pool facility that met the requirements of such a meet, so one was built in Omaha’s convention center arena.

During the June-July event, nine swimming world records were set or tied. In the women’s 100-meter backstroke event, two of them were set and broken in the space of two days, so that at the end of the 2008 event, Omaha’s makeshift pool owned seven world records in swimming.

No surprise that none of them stands today, but for eight days in the summer of 2008, Omaha put on one of the great swimming events in history. And since 2008, the Olympic Trials have continued to be awarded to Omaha, including 2021’s delayed trials scheduled to begin June 13.

Another notable record was set in Omaha’s convention center, though not on water. The University of Nebraska women’s volleyball team has consistently led the sport in attendance since the Bob Devaney Center in Lincoln was turned into a volleyball venue in 2013.

When the Huskers qualified for the 2015 NCAA championship match in Omaha, a sellout was guaranteed. Nebraskans dig their volleyball, and an NCAA record crowd of 17,561 took every seat in the house on Dec. 19, 2015.

With a larger capacity, Kansas City’s Sprint Center eclipsed the Omaha attendance record in the 2017 championship game, also won by Nebraska. Omaha didn’t have a chance to regain the record in the recent 2020 championships because of COVID-19 crowd restrictions.

Of course, the U.S. collegiate record is nowhere near a world record. Some 95,000 fanatics watched a volleyball match between Brazil and Russia in Rio de Janeiro in 1983.

Omaha History Detective: The Baysdorfer Brothers and their 20th-century marvels

Glen Gorbous was a professional baseball player with a cannon for an arm, and a Popsicle stick for a bat.

In the latter respect, he resembled his fellow Cardinals on Omaha’s 1957 American Association team. But Gorbous proved he could throw when, on the night of Aug. 1, 1957, he flung a standard baseball 445 feet, 10 inches in Omaha’s Rosenblatt Stadium. It was a world record which stands to this day.

He did it in an exhibition in which he was allowed a six-step running start, and threw from the right field corner of Rosenblatt across the diamond to the left field corner. My guess is that since then no professional baseball player has wanted to risk his shoulder socket in a similar exhibition. By way of comparison, the world record for the javelin throw, an Olympic event, is about 323 feet.

The above Omaha baseball highlight was brought to my attention through my participation in a fantasy baseball league, our own UBL (Ultimate Baseball League). In the fantasy version of baseball, a number of “managers” form a league and select flesh-and-blood players whose real-life statistics are credited to their make-believe teams.

It is estimated that more than 25 million Americans stay fit playing fantasy baseball. Most leagues use game designs and scoring systems devised by the first “Rotisserie” league in 1980, and use vendors like CBS Sports to keep their statistics and determine the winning managers.

Not in the UBL! Our unique game was invented, brought to life and nurtured in its infancy by three of my former colleagues at Mutual of Omaha: Mike Raabe, Rob Copenhaver and the late Ron Wheeler. (They always believed that a bad day at the ballpark was better than a good day at work.)

I bring up the UBL because I believe it must have achieved a record for the longevity of a fantasy league which has operated independently of any outside commercial influence or canned game design.

Our rules originated and are strictly maintained by our Executive Committee, which at present consists of Mike Raabe, the UBL Commissioner. Over 36 seasons, through sick (COVID-19) and sin (steroids), we have continued to play ball without interruption. Every inning of every MLB regular season ballgame from 1986 to date in 2021 has been taken into account in determining our champions.

Three of today’s 10 managers are original 1986 members, and another three have at least 34 years chalked up. In its long history, 24 different Omahans have fielded teams. I am eager to hear of any fantasy baseball organization that invented itself and has a longer record of service in its community than Omaha’s own Ultimate Baseball League.

Next week: Does Omaha have a history?

Photos: A look back at Triple Crown winner Omaha

Omaha History Detective: City said to have no history has enough to fill a book

Omaha is blessed with a mountain of written and photographic history, a lot of it waiting to be rediscovered.

Howard Hamilton — famous for his Halloween cemetery tours — lived to share Omaha’s history. And when he died of COVID-19 in November at age 85, he became part of it.

Near the No. 1 fairway at Miracle Hills Golf Course is a boulder with imbedded plaque indicating it is the site of the world record longest hole-in-one shot on Oct. 7, 1965, by Bob Mitera.

An aerial view of Rosenblatt Stadium just completed in 1948. The world record for longest throw of a baseball was set here on Aug. 1, 1957, by Glen Gorbous. 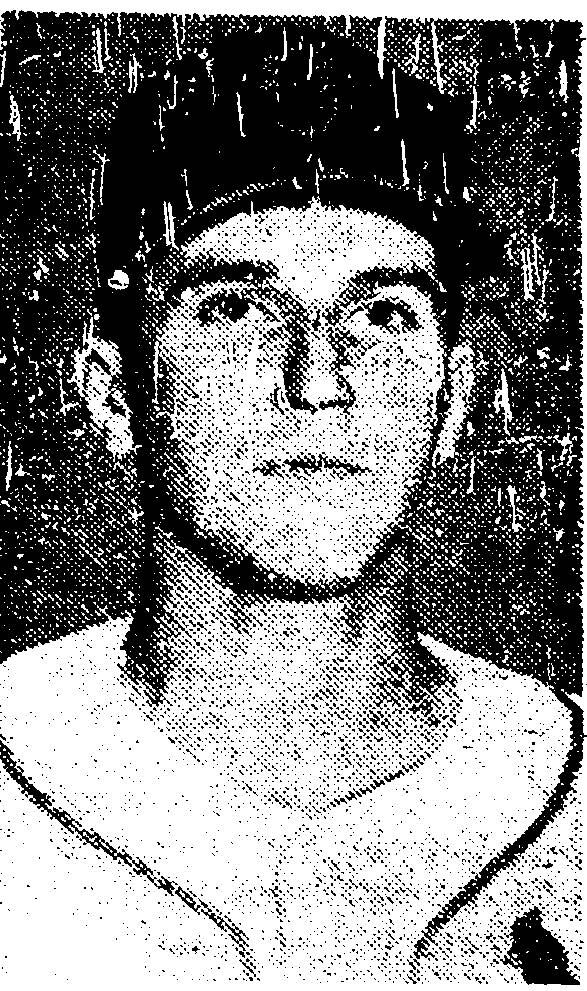 The late Glen Gorbous of the 1957 Omaha Cardinals, a world-record holder.