Even after President Lincoln’s executive order of Nov. 17, 1863, there was plenty of controversy as to whether the eastern terminus of the railroad heading west was officially located in Omaha or in Council Bluffs.

Many histories still avoid the issue by declaring that President Lincoln designated “Omaha/Council Bluffs” as the starting point. The fact is that the first Union Pacific rails were laid in Omaha, though not until July 1865, when the Civil War was over and the necessary materials could be obtained.

When the Golden Spike was driven at Promontory, Utah, on May 10, 1869, and the road subsequently declared complete, one could not yet ride the rails coast to coast. The construction of a bridge over the Missouri River into Nebraska had not even been started!

Trains and/or passengers had to be ferried across the river, and during at least one winter, railcars were brought over by means of a temporary “ice bridge” built on pilings and stabilized by the frozen water.

In the 21st century, Omahans don’t pay much heed to the powerful river on our eastern boundary, except when it floods. But in 1868, the question of where a permanent railroad bridge over the Missouri would be built was of the utmost importance to Omahans.

There could be no better person to chronicle that decision than Dr. George L. Miller, who was in the thick of that tussle from the beginning as the editor of the Omaha Daily Herald. Years later, in April 1889, Dr. Miller published his recollections of the 1868 events in a series of articles for the Daily Bee.

The choice of location was the responsibility of the Union Pacific Board of Directors in New York City. In early 1868, word reached Omaha that the directors had decided that the bridge would be located at Childs’ Mill, six miles south of Omaha, in the vicinity of today’s Fontenelle Forest Nature Center.

Dr. Miller wrote that, “The announcement of the selection of Childs’ Mill crossing meant simply paralysis here under which nothing could prosper or have any value.”

Upon getting the news, he rushed to confer with Ezra Millard of the Omaha National Bank and Augustus Kountze of the First National. That night an urgent meeting of 50 to 60 Omaha men was called. A committee of eight leading citizens was selected to set out for New York to mount a last-ditch attempt to reverse the bridge decision. Dr. Miller stayed in Omaha for the time being.

In New York, the committee was confronted by a similar delegation representing Council Bluffs. The Iowans were OK (a word in use by then) with the selection of Childs’ Mill, a location that would effectively bypass Omaha, but could be accommodated by the Bluffs.

During the next several weeks, the Omahans offered the U.P. Board everything they could imagine to change its mind. Nothing worked until Thomas Durant, the guiding force in the U.P. hierarchy, returned from a trip to Europe to join in the negotiations. At the same time, Dr. Miller was motivated to hurry to New York to help with a desperate final plea.

Finally, on March 25, 1868, according to a John Kellom letter to Joseph Barker Jr., a wire arrived in Omaha with the “glorious news” that “by virtue of our money & influence the location was re-considered ...”

Omaha had to agree to cover additional costs of the changed location with a $250,000 issue of bonds payable to the U.P., but Dr. Miller insisted that although bribes were offered, none were ever accepted. (Sure, George.)

Construction of the new bridge was slow to progress, especially after the first contractor went broke. The bridge was not completed until March 1872, four years after the “glorious news” was proclaimed.

Before these events, the U.P. had, in 1866, begun construction of a large shop complex in Omaha. Iowans objected, continuing to maintain that the starting point of the road, where the shops should be located, was in Council Bluffs.

In 1872, two Iowans sued the Union Pacific to settle the question of the eastern terminus for good. In 1875, the case reached the U.S. Supreme Court, where the Justices proclaimed that the precise language of President Lincoln’s executive orders of 1863 and 1864 meant that the starting point was smack in the middle of the Missouri River!

Since that interpretation presented obvious logistical problems, the court pragmatically decided in favor of Iowa, ruling that the convenience of passengers and other expediencies overrode the language of the president’s directives. Accordingly, the Union Pacific was obliged to extend its tracks into Council Bluffs and to build and maintain a transfer depot and yards there.

Bad luck continued to plague the new bridge when, in the early morning of Aug. 25, 1877, a fugacious tornado destroyed the two easternmost spans. The watchman on that side, John Peterson, rowed across the Missouri and was able to give the alarm in time to save the next train from plunging into the Missouri. Rowboats operated at 25 cents a head until Sept. 20 when repairs were complete.

Although the 1872 bridge had been substantially rebuilt and strengthened in 1887, by 1916 a new one was needed. It was built in 1916-1917 by the American Bridge Company, using the existing pilings and an ingenious engineering technique that involved shifting the old and new superstructures back and forth onto temporary support systems. Accordingly, the bridge was held out of service for only one day during the construction.

It spans the Missouri due east of the former Union Station, now the Durham Museum, and is used by various railroads to this day.

100 years after Prohibition: Fun facts you may not know

2020 marks a century after Prohibition banned the manufacturing and selling of alcohol in America. Here’s some information that may surprise you.

The ghost of Mystery Girl had been spied lurking near the ravine in which her body had been discovered, and hovering among the trees overhanging the roadside.

Omaha History Detective: In 1939, all of River City joined in the Golden Spike mania

Golden Spike Days of 1939 was a four-day gala that involved just about everybody in play-acting the customs and styles of 1869, or what they were imagined to be.

The focus of the 1939 Golden Spike Days in Omaha was clearly on the World Premiere of the film, “Union Pacific.” 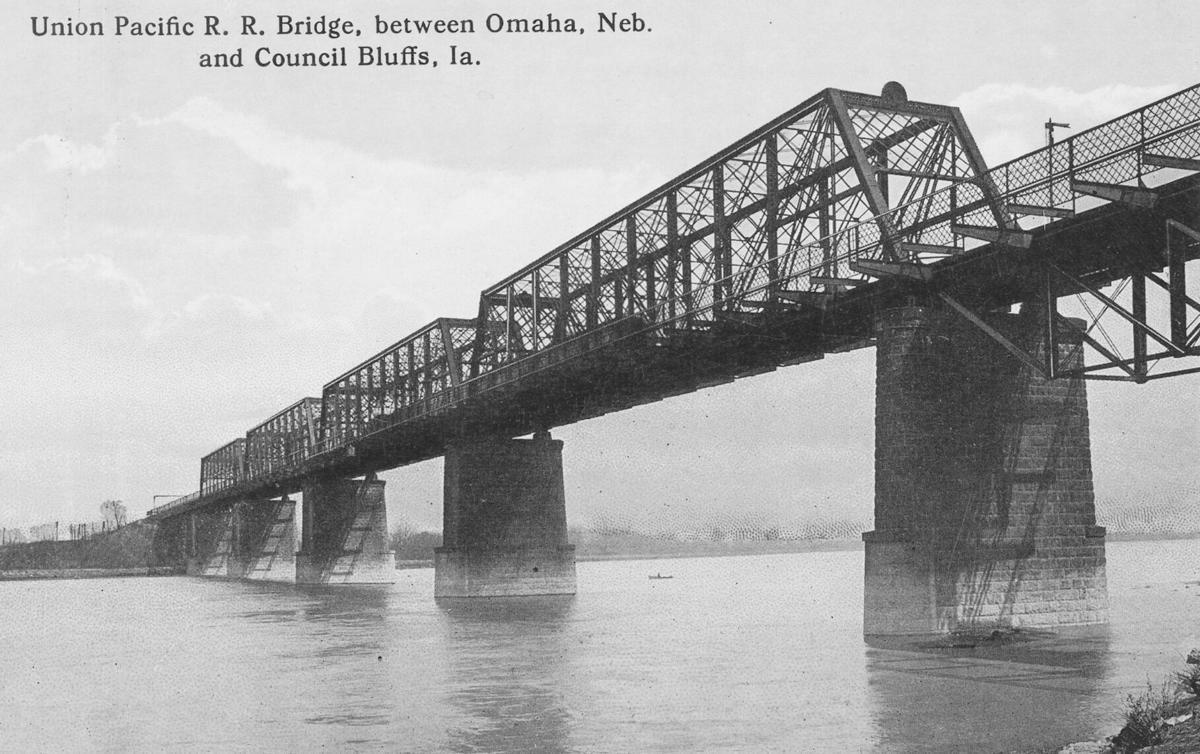 Union Pacific’s railroad bridge between Omaha and Council Bluffs before its replacement in 1916-1917. 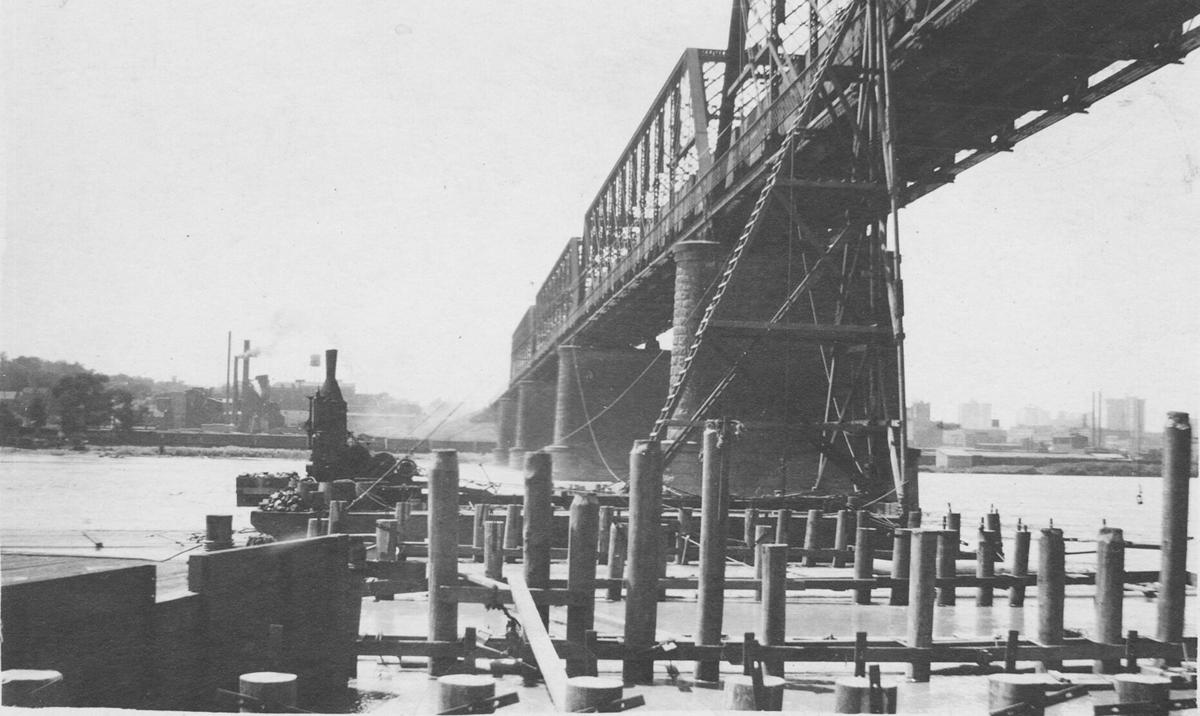 Work in progress on Omaha’s new railroad bridge, completed by the American Bridge Company in 1917, and still in use. 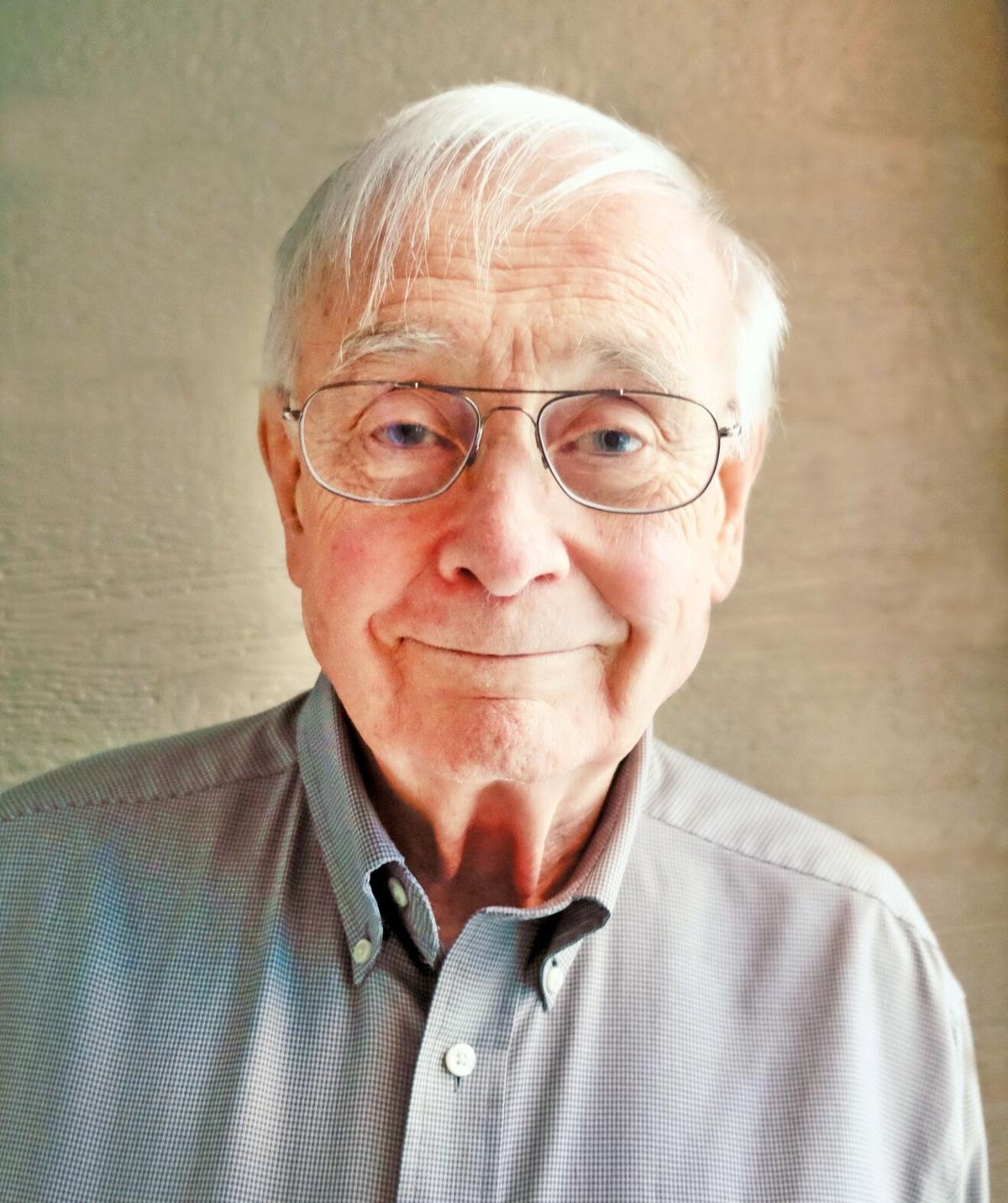