Since this would have been the centennial of Thoroughbred horse racing meets at Ak-Sar-Ben, let’s look back at the history of the area northwest of 63nd and Center Streets.

The research has turned up a juicy nugget — the whereabouts of the burial site of Omaha, the Triple Crown horse in 1935. Hint: there are people resting every night on top of it.

The multi-use area of UNO’s South Campus, office buildings and Aksarben Village is a far cry from what it was in the 1890s, when it was the short-term home of Nebraska’s state fair. But even in those early days, racing of one kind or another had been around. Harness racing, bicycle racing and auto racing eventually gave way to strictly Thoroughbred racing.

Much of Aksarben’s land was originally part of the James W. Pickard estate. The Pickards had extensive holdings in the area, including Pickard’s Grove. On the south side of Center Street, the grove had a quarter-mile track, ball diamond and picnic grounds.

In 1890, the Pickards sold 140 acres to the Omaha Driving Park Association. It was outgrowing its grounds along Ames and Commercial Avenues and Sherman Avenue (16th Street), where state fairs had been held in 1874, 1875 and from 1880-1884. The association intended to move the Douglas County Fair, which never made it to Center Street, and conduct races. It had the foresight to build a one-mile oval at a time when half-mile tracks were predominant. The track, albeit built on swampy land, stayed in that general area through the Ak years.

The first big event on the grounds was the 1895 Nebraska State Fair. Contrary to many published histories that placed the 1894 fair in Omaha and described it in unfavorable terms, Lincoln hosted it that year.

The state board of agriculture voted in January 1895 to award the fair to Omaha for five years. Soon after, the Knights of Ak-Sar-Ben were formed by the Omaha Business Men’s Association to hold a commercial carnival in the city in conjunction with the mostly-rural fair. One of the Knights’ first actions was to buy Mardi Gras floats from New Orleans for a nighttime parade that began a city tradition until 1927.

The state fair lasted three years in Omaha. Because the Trans-Mississippi Exposition supplanted the fair in 1898, the next year the state ag board canceled its contract with what was now the Omaha Fair and Speed Association (1896) and went without a fair in 1899. The association failed to pay its rent, and the Pickards successfully sued to have some fair buildings removed.

But the track stayed.

The grounds went largely unused for the next 10 years. A nine-hole golf course was in use for a short time in 1899, before the enthusiasts chose land near Benson for the first Omaha Country Club course. John D. Creighton attempted in 1906 to open the Elmwood Club, which would have included horse racing.

Auto racing was the next occupant. The Omaha Speedway dirt track operated for two seasons, 1910 and 1911. A young Eddie Rickenbacker, future World War I fighter ace pilot, was the star of the two big 1910 meets. The Mid-America aviation meet also was held there in 1911.

In 1912, Gould Dietz and Everett Buckingham from the Knights of Ak-Sar-Ben suggested a facility with a half-mile track, permanent grandstand and stables to sponsor county fairs, stock and horse shows. The idea languished through World War I, then the Ak board purchased 130 acres of the old fair grounds from C.H. Jensen and Oscar Pickard.

1920s Omaha: Thoroughbreds on the track, a tribute to George and a flight to remember

Ak-Sar-Ben Field’s first event was harness racing on July 26, 1919. In 1920, Omaha architect George Prinz designed a grandstand to seat 10,000. It was dedicated Sept. 14 at the start of the four-day Great Western Circuit harness meet that included Thoroughbred races and was followed by a day of auto racing which drew 14,000 — 2,000 more than the best day for harness racing.

The first Thoroughbred-only meet was in June 1921. Ak-Sar-Ben kicked off the Nebraska-South Dakota racing circuit. Gradually, the harness and auto races faded away. Racing provided Ak with the money needed to pay for its coliseum (1928 opening), horse barns and cattle barns and to start its livestock and horse show.

Four days into the 1929 meet, Nebraska Attorney General C.A. Sorensen included Ak-Sar-Ben in a cleanup of Omaha’s gambling houses and put a restraining order on pari-mutuel betting. The Nebraska Supreme Court refused to set aside the restraining order and later in the year issued a full ban. That ended racing in the state until 1935.

It returned following passage of a constitutional amendment to restore pari-mutuel wagering. Ak’s reopening drew a record 13,000 on opening day and 150,000 for the 1935 meet.

The halcyon days of Ak racing were the early 1980s. Annual attendance was topping 1 million, purses were their fattest and more buses than ever were rolling in from Des Moines, Kansas City and the Twin Cities. In 1984, the track held seven Breeders’ Cup Premium Stakes races.

But after 1995, the hoofbeats were gone. Council Bluffs opened a greyhound racing track, Bluffs Run, which led to casino gambling across the Missouri River. New Thoroughbred tracks in the region reduced the weekend tourist crowd to a trickle.

Ak-Sar-Ben tried everything to stay relevant. Sunday racing. Simulcasting out-of-state races year round. And big-payoff wagering such as the Pick 6 — to win, one had to pick the winners of six consecutive races. That gimmick, I believe, was the ultimate backfire. The simple win-place-show wagering, with its lower payouts, wasn’t as alluring to the casual bettor who’d stay away until there was a large Pick 6 jackpot.

The day before the 1992 meet opened, the Knights of Ak-Sar-Ben sold the track to Douglas County. The track did not reopen for 1996. Business leaders resisted an effort to restart racing, which some believed would lead to casino gambling, and backed First Data Resources’ purchase of the northern 140 acres from the county. The Ak-Sar-Ben Future Trust acquired the rest of the grounds and construction began on Aksarben Village in 2007.

Back in the day, April 24, 1959: Famed race horse Omaha dies at stud farm in Nebraska City

Pine Street now runs through what had been the middle of the Ak-Sar-Ben track infield. Mixed-use condos occupy part of the Coliseum footprint on the northwest corner of 64th Avenue and Frances Street.

Now for the closure to the mystery of where Omaha (the horse) was buried. It had been interred on the east side of the grandstand in 1959. The monument commemorating Omaha’s career was moved in 1974 for grandstand expansion, but not the horse’s remains.

Thanks to historic aerials found at DOGIS.org (Douglas-Omaha Geographic Information Systems), the location is where UNO’s Scott Court Building 2 residences sit at 6440 Shirley St. Did the construction work not disturb Omaha’s final resting place? Call it a long shot.

Photos: Ak-Sar-Ben racetrack and Coliseum through the years

In the 1950s and 1960s, Omahans had their pick of drive-in movie theaters. Cars with families and cars with teens -- some watching the film and others, well, you know -- side by side, wired speakers hanging inside a car door.

They were the twin banes in Omaha’s pioneer years. One of them came back to life during the nighttime deluge that hit the area last weekend.

The Nebraska State Fair lawsuit claims that the nonprofit is deceiving the public and violating the state's deceptive trade practices act.

Nebraska casino rules set to come out next week

The Nebraska Racing and Gaming Commission plans to release a draft of the proposed rules Nov. 12 and hold a public hearing on them Dec. 17.

Tom Sage, executive director of the Nebraska Racing and Gaming Commission, said the proposed regulations are a "hodgepodge of best practices" from casino regulators across the Midwest. 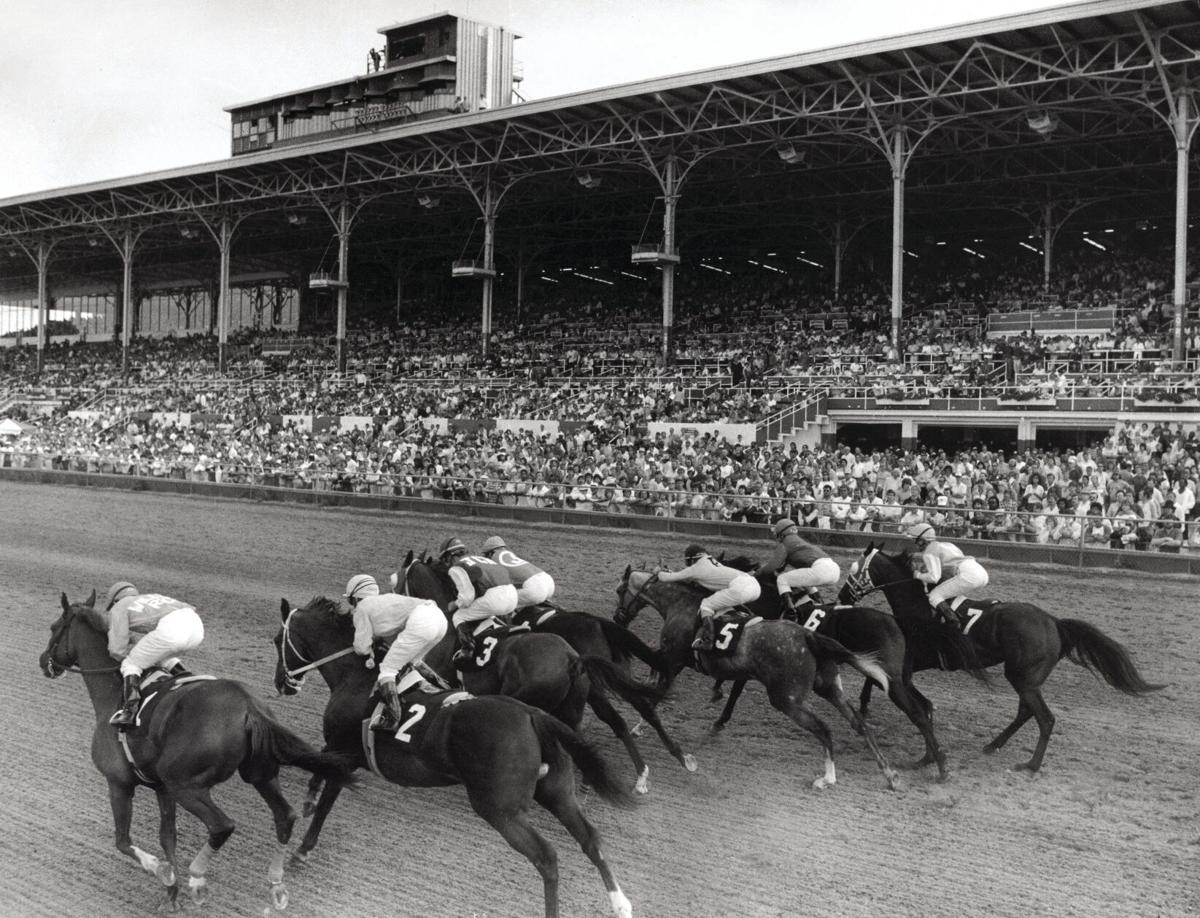 Horses leave the starting gate of the third race on the final day of racing at Ak-Sar-Ben in 1985. The race was won by Tuesday Tom. 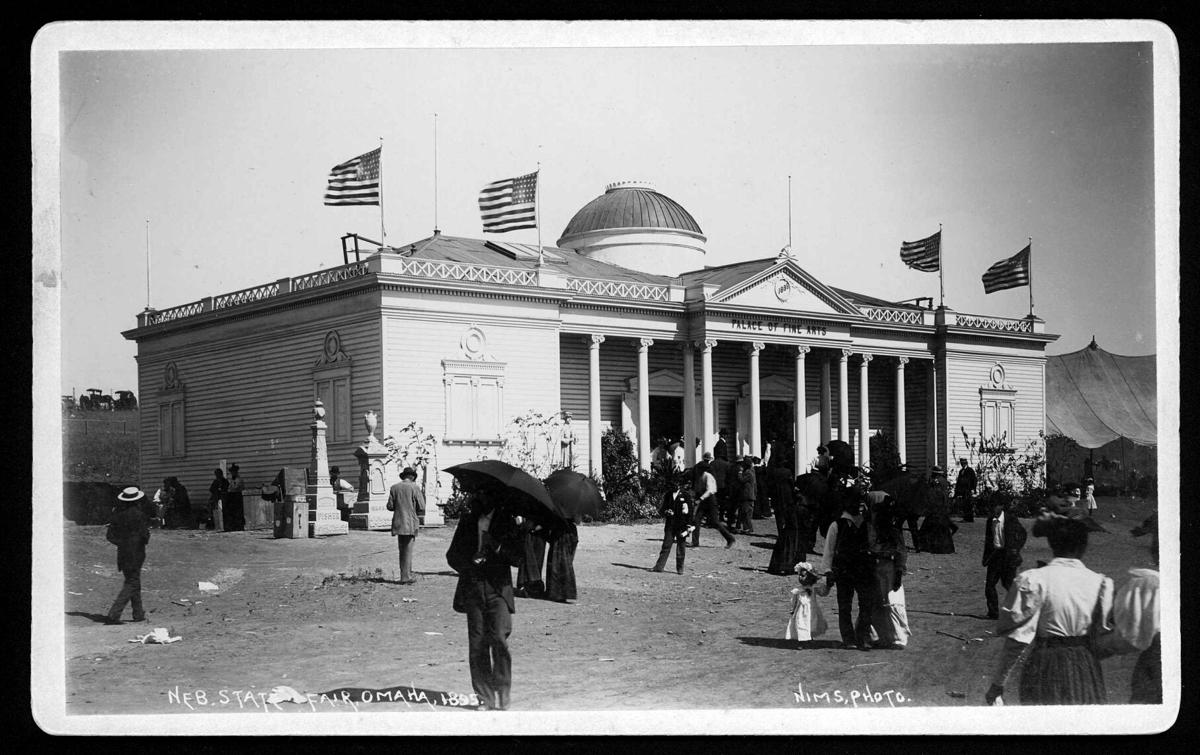 "Palace of the Arts" at the 1895 Nebraska State Fair in Omaha, held on the grounds later known as Ak-Sar-Ben.