Iraqi man who helped U.S. troops arrives in Omaha after a decade of trying
1 comment
Share this
{{featured_button_text}}
1 of 2 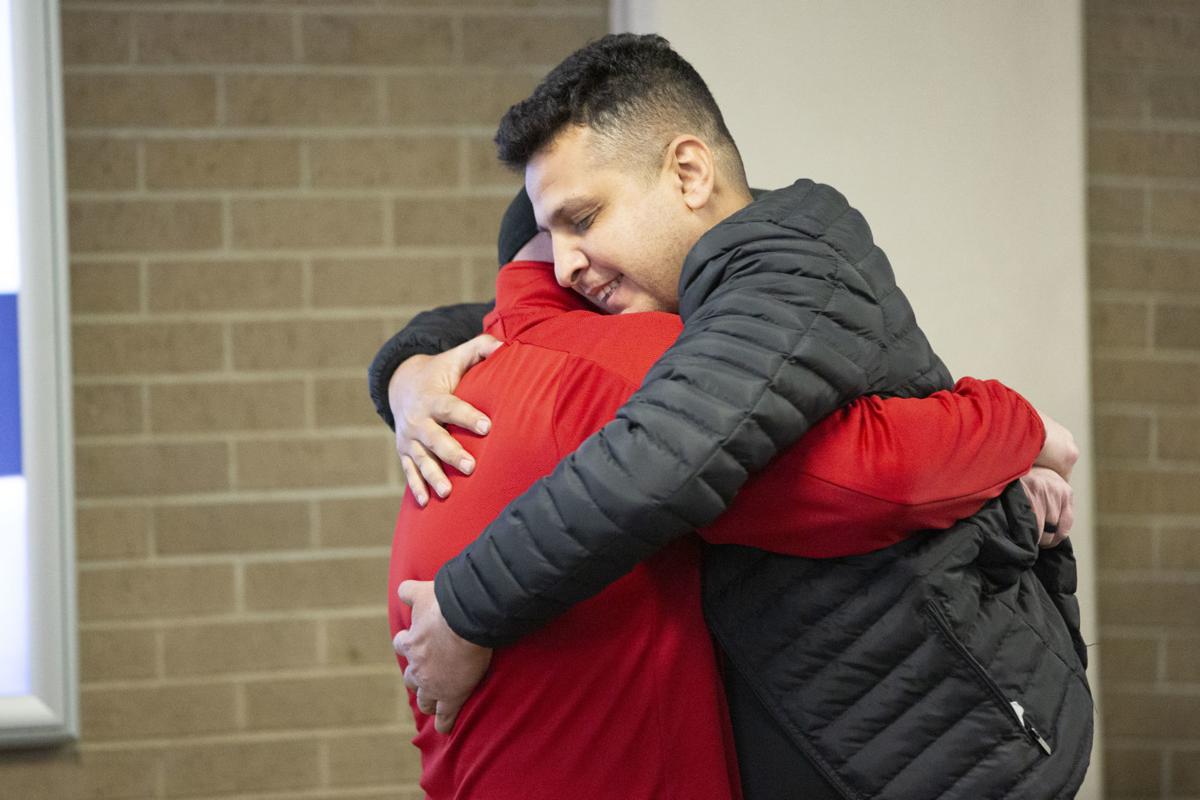 Ted embraces Ben Wormington at the Omaha airport on March 7. Wormington, a Marine, worked with Ted for years to get him and his family to the U.S. 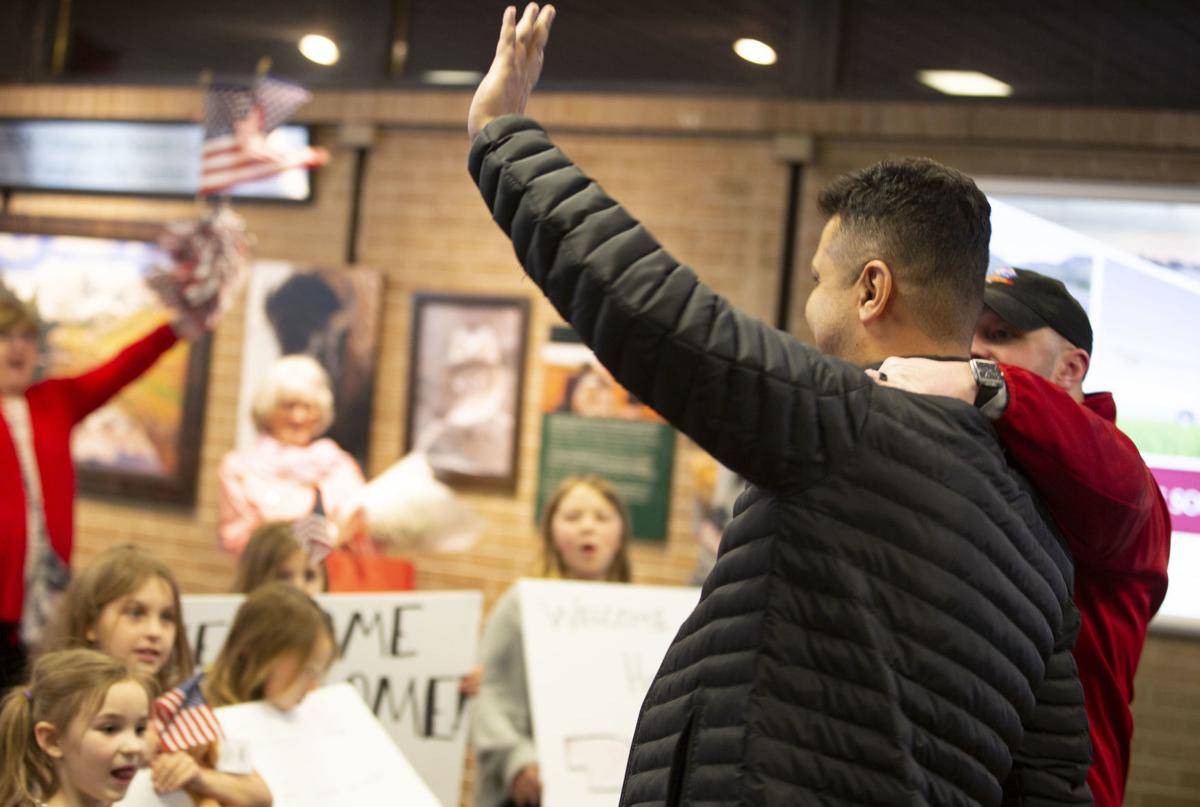 A crowd welcomes Ted and his family at the Omaha airport Saturday night.

It was a moment 12 years in the making. A moment built on persistence and hope.

The Iraqi man made his way through the gate at the Omaha airport with his wife and two children. The crowd of people waving American flags and holding “welcome home” signs cheered. He smiled as Ben Wormington broke away from the crowd to greet him with a hug.

The journey to that moment was set in motion when the Iraqi man, referred to as “Ted” for the sake of his family’s safety, met Wormington in 2008. Wormington was a Marine serving his third tour in northern Iraq, and Ted was an interpreter assigned to Wormington’s reconnaissance unit.

“We grew close,” Wormington said. “I was trying to understand basically everything that’s gone on in Iraq and how the Iraqi people felt about Americans being there.”

Later that year, feeling that the war was winding down, Wormington’s deployment ended, Ted applied for a Special Immigrant Visa and the friends went their separate ways. Congress created the Special Immigrant Visa program with the intent to give visas to Iraqi and Afghan interpreters and others who had supported the U.S. military effort and were increasingly endangered in their home countries.

“Where are you at?” Wormington asked, expecting Ted to say Texas or California.

He was still in Iraq, waiting on the visa he had been promised years earlier.

The delay Ted faced became increasingly common among Iraqi visa seekers in 2010. Refugee processing had been discontinued for six months after the State Department removed nonessential staff as the Islamic State began to gain ground. Many had to start the process all over again.

“We set up this SIV system with some very basic assumptions about what resources they’d have to them,” Wormington said. “The delays are on both sides, but they’ve been caused by the poor planning, administration and execution of this program.”

“They’re essentially left for dead,” Wormington said. “They serve with the troops, they take enormous risks, exposing themselves and their family to persecution. Now that we’re gone, there’s no one there to protect them, and they just have to live in hiding completely, live on the run or create another narrative for their life.”

Wormington became an advocate for Ted and his family. He contacted Sen. Deb Fischer’s office and Rep. Don Bacon; he looked into nonprofits and an international attorney. All made a solid effort, Wormington said, but little progress was achieved.

“I decided to make some noise,” he said.

“This was Muslim-ban time frame, all of this stuff was just compounding in addition to ISIS coming through Iraq,” Wormington said.

With support from an attorney, Ted and Wormington continued to ping the National Visa Center, documents were submitted and approved, and progress was slowly made.

Earlier this year, Ted and his family came close to finalizing their applications, then Iranian Gen. Qassem Soleimani was killed. The U.S. Embassy, which had recently been attacked, was evacuated, and Iranian-backed militia leaders in Ted’s hometown threatened to kill anyone who had worked with American forces.

Ted had withstood years of fear in Iraq, but he decided that it was time to go. Wormington helped him raise money to fly with his family to a neighboring country. Unable to get to Baghdad for his scheduled medical evaluation, Ted’s application was stalled once again.

Wormington posted an update on Ted’s situation to Facebook, and a fellow veteran who served with Ted responded. The veteran was now working for the FBI.

“The next thing we know, Ted has an appointment with the agency in the country he fled to,” Wormington said.

Last week, after years of delays and setbacks, Ted and his family were approved to travel to the U.S.

On Saturday night, they arrived in Omaha.

Wormington’s friends and family were gathered with advocates from Lutheran Family Services, fellow veterans and Omahans who had heard Ted’s story. And Rabbi Steven Abraham of Beth El Synagogue, who pledged to help Ted’s family with furniture and anything else they may need.

Ted thanked the crowd and Wormington.

“I would have not have done it without Ben and everyone who’s supported me,” he said. “It’s really the biggest moment I’ve ever had in my life.”

It was the moment Ted finally got his hero’s welcome.

The woman who has tested positive for the disease caused by the virus was at the post from 6 p.m. to 7 p.m., officials said.

At age 30, refugee who survived years of deprivation gets his first birthday party

Lang Nyal, a refugee from the violence in South Sudan, is turning 30, and on Jan. 1 enjoyed his first birthday party, thanks to an American friend, Linda Hayek, who has come to consider him a son.

Nebraska Gov. Pete Ricketts said Thursday he will provide a consent letter to refugee resettlement agencies, which they can include in applications to federal officials.

Will Nebraska continue to welcome refugees? It's in the governor's hands

A President Trump directive lets states and cities decide whether to accept refugees. Governors and local leaders across the country have until Christmas to declare their intentions for accepting future refugees.

They've lived in a refugee camp and Yale Park. Now they own their own home

After the family was evacuated from Yale Park in September 2018, they spent time in a temporary shelter, sleeping on cots, before moving into another apartment. But Thaw Meh set a goal: by the end of October 2019, the family would have a home of their own.

Editorial: Iraqi interpreters helped us. We can return the favor for those properly vetted

The U.S. military operations in Iraq earlier this century depended greatly on Iraqis who volunteered to serve as interpreters. Their help save…

After the Battle of Fort Donelson, Union Gen. Lew Wallace praised the 1st Nebraska Infantry: “Their conduct was splendid. They alone repelled the charge.”

With help from an Omaha synagogue and a few friends, an Iraqi refugee family moved into a west Omaha apartment.

Ted embraces Ben Wormington at the Omaha airport on March 7. Wormington, a Marine, worked with Ted for years to get him and his family to the U.S.

A crowd welcomes Ted and his family at the Omaha airport Saturday night. 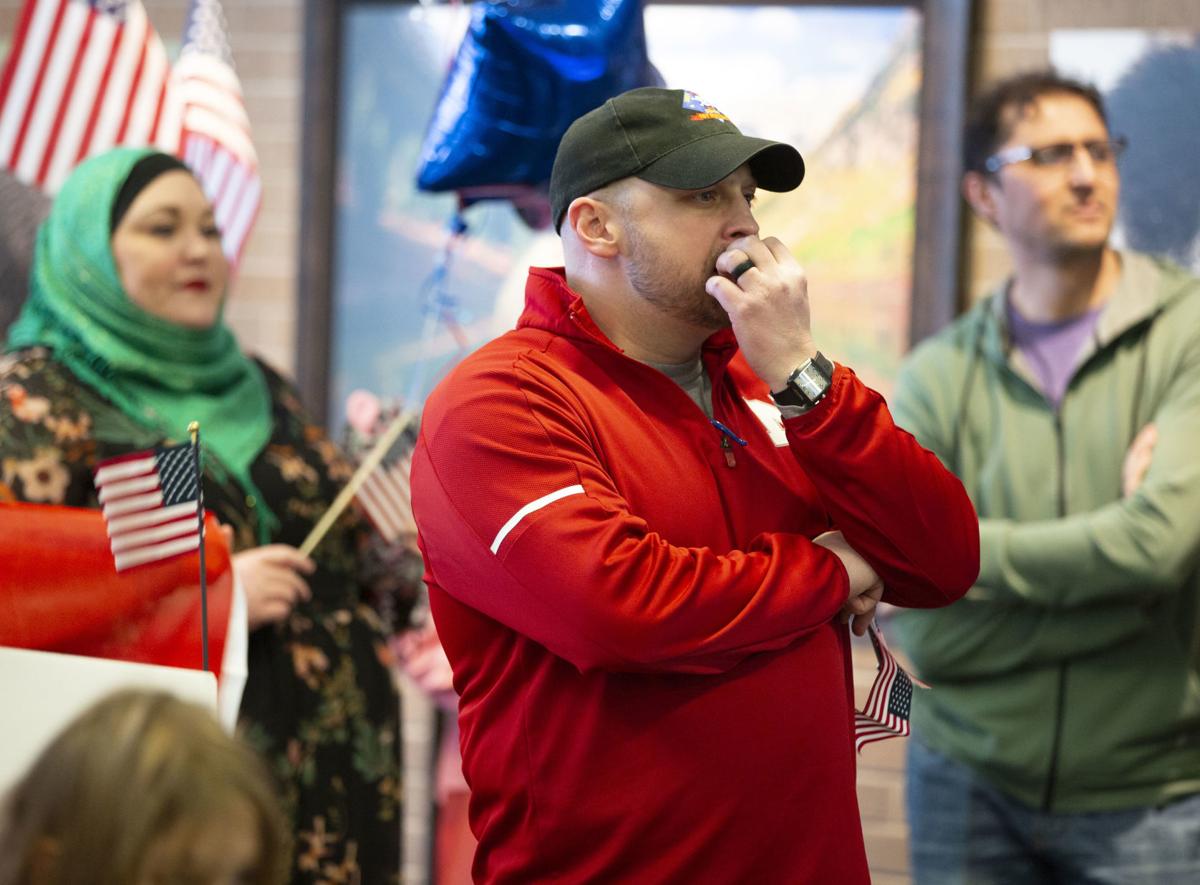 Ben Wormington waits for Ted and his family to make their way through the gate at the Omaha airport. Ted was an interpreter for Wormington's reconnaissance unit in Iraq. 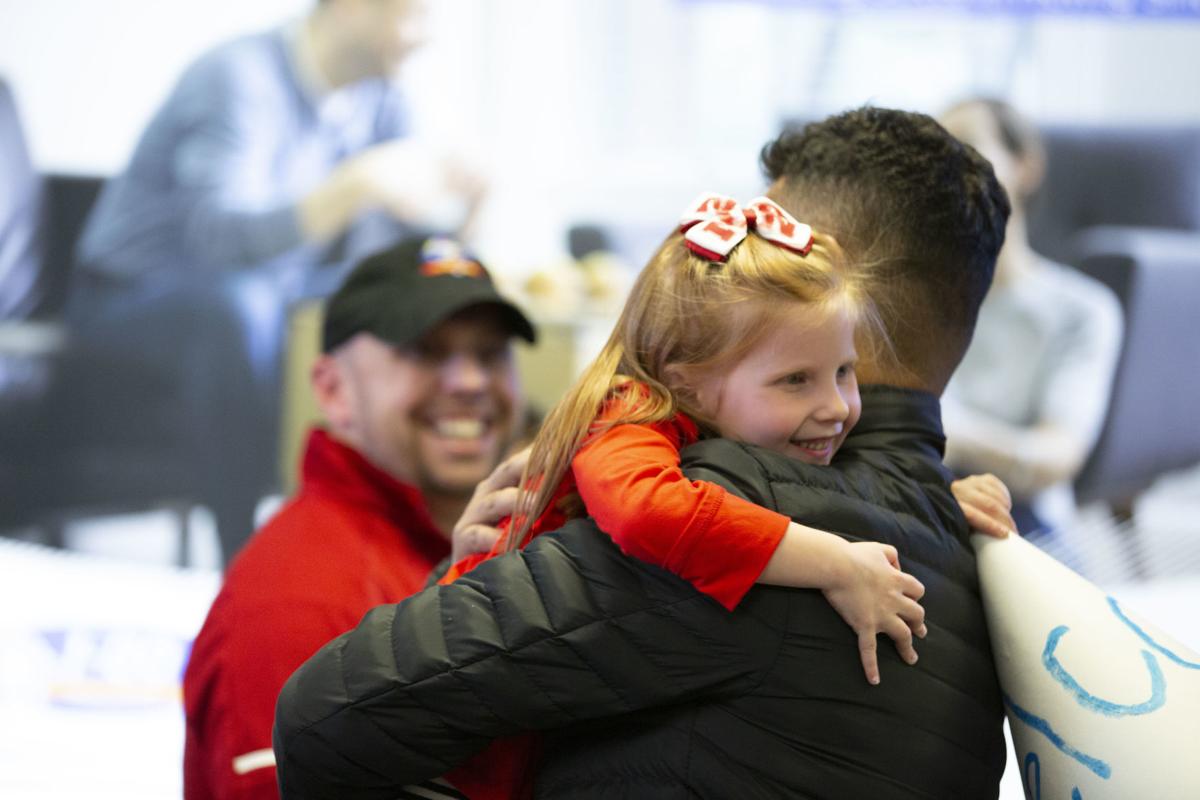 Ted hugs Claira, the daughter of Ben Wormington, left. Ted arrived with his wife and two children in Omaha on Saturday night. “I would have not have done it without Ben and everyone who’s supported me,” Ted said. “It’s really the biggest moment I’ve ever had in my life.”