Jack Diamond, a popular furniture salesman known to generations of shoppers in his 58-year career at the Nebraska Furniture Mart, has died of COVID-19 at age 97.

What most of his customers did not know is that he grew up in Poland as Zelik Dimenstein and narrowly survived the Holocaust. He and his wife, Minde, arrived in Omaha in 1949 from a postwar displaced persons camp in Germany.

“He always told us to be grateful for everything,” said granddaughter Yaira Greenstein-Perla, “and that he and Grandma never thought in their wildest dreams that they would survive, live so long and have such a large family.”

After his 2012 retirement in Omaha at 90, he and Minde moved to Monsey, New York, just north of New York City, to live near daughters Leta Greenstein and Florie Gasner, Omaha Central High graduates. His wife of nearly 74 years and their daughters survive him, as do 10 grandchildren and 24 great-grandchildren.

He died in a New Jersey hospital across the Hudson River from Yankee Stadium on April 27. Among those watching his funeral, livestreamed on Zoom, was Ron Blumkin of Omaha, chairman of the Furniture Mart.

“Jack was one of the most loyal, dedicated, hardworking, smartest people I’ve ever come in contact with,” Blumkin said. “He not only was a tremendous teammate at work but also a great friend of the Blumkin family. Mrs. B called him ‘my diamond.’ ”

“Mrs. B” was Rose Blumkin, Ron’s grandmother. An immigrant from Belarus, she founded the Mart in 1937, and it has become the largest home furnishings store in North America, with stores also in Iowa, Kansas and Texas.

She worked until shortly before her death at 104, and the Furniture Mart playfully declared 104 its “mandatory retirement age.” It looked for a while like Jack Diamond might make a run at that.

But his early years were harrowing. In the spring of 1942, Nazis destroyed his town of Dolhinov, Poland. Zelik was away doing forced labor, and his mother was among hundreds massacred. Minde and others were sent to a labor camp, but she escaped under barbed wire.

Zelik (Jack) fought as a member of a resistance group, the Russian partisans, and helped hide other Jews from capture. Somehow he, too, survived.

When the couple got to Omaha, sponsored by Jack’s aunt, The World-Herald reported the Dimensteins’ arrival from the displaced persons camp under the headline “D.P. Couple Free After 3-Year Wait.”

Jack got a job with the Metropolitan Utilities District, laying pipe, installing service and, yes, digging ditches. He learned English and had his name legally changed.

He joined the original Nebraska Furniture Mart downtown in 1954 and never left the company until retiring from the 72nd Street location. He also invested in real estate and managed apartments, was active at Beth Israel Synagogue and lived near Memorial Park.

At his funeral, the story was told that he once was introduced to famed Omaha investor Warren Buffett, whose Berkshire Hathaway had purchased the Mart. Jack politely said hello but stepped away to help a customer.

His granddaughter said the family would welcome photos or notes at zelikdiamond.com.

Said Blumkin, the company chairman: “Jack was the chairman.”

Viengxay Khuninh worked on the production line at the plant for 37 years.

“He grew up on a farm in the Depression and his dad died when he was 7,” said son Kent Stormberg of Omaha. “It’s amazing what he had to overcome, and I think that he gave back because of the help he received along the way."

Craig Loveless, a lieutenant with the Nebraska State Patrol division in Omaha, died on Friday after a long battle with cancer. He was 54.

I said goodbye to a sports-loving friend Friday, though doing it in person was not possible, writes Mike Patterson. A service for 95-year-old Don Dupley was live-streamed from the funeral home because of coronavirus concerns.

When Mike Wees died Sunday in a freakish and terrible way, daughter Wendy was confronted not just with the shock of it. She also had to figure out how to lay her father to rest in the era of coronavirus.

The governor says more data is needed before decisions can be made on holding wedding receptions, allowing youth soccer and adult sports, reopening bars or perrmitting the Nebraska State Fair to proceed as scheduled, among other things.

ACLU, others seek coronavirus data on race, ethnicity in Nebraska

The American Medical Association has reported that Nebraska is one of four states that have not released statewide data on race and ethnicity for people who have been diagnosed with the virus or those who have died as a result of the illness.

Local businesses can add their listing to the website.

News to start your Sunday. Homicide detectives are investigating the death of a man whose body was found Saturday in North Omaha.

Clare Maney was last seen in Kailua-Kona on Sunday walking the shoreline with dive fins on, according to the Hawaii County Fire Department. She's "presumed to be gone," her family said in a Facebook Post.

"He listened to people and seemed to understand at what point he could say something that would resonate with them and encourage them to seek help."

Gerardo "Gerry" Machado was a teacher, war survivor, avid golfer, relative of a Cuban President and an overcomer of great odds. The Omaha man's family reflects on his "extraordinary life."

Doris Buffett dies at 92; She was 'far more philanthropic than I am,' Warren Buffett says

Doris Buffett "gave time as well as money" to help people, said her brother, Warren Buffett, after she died on Tuesday. 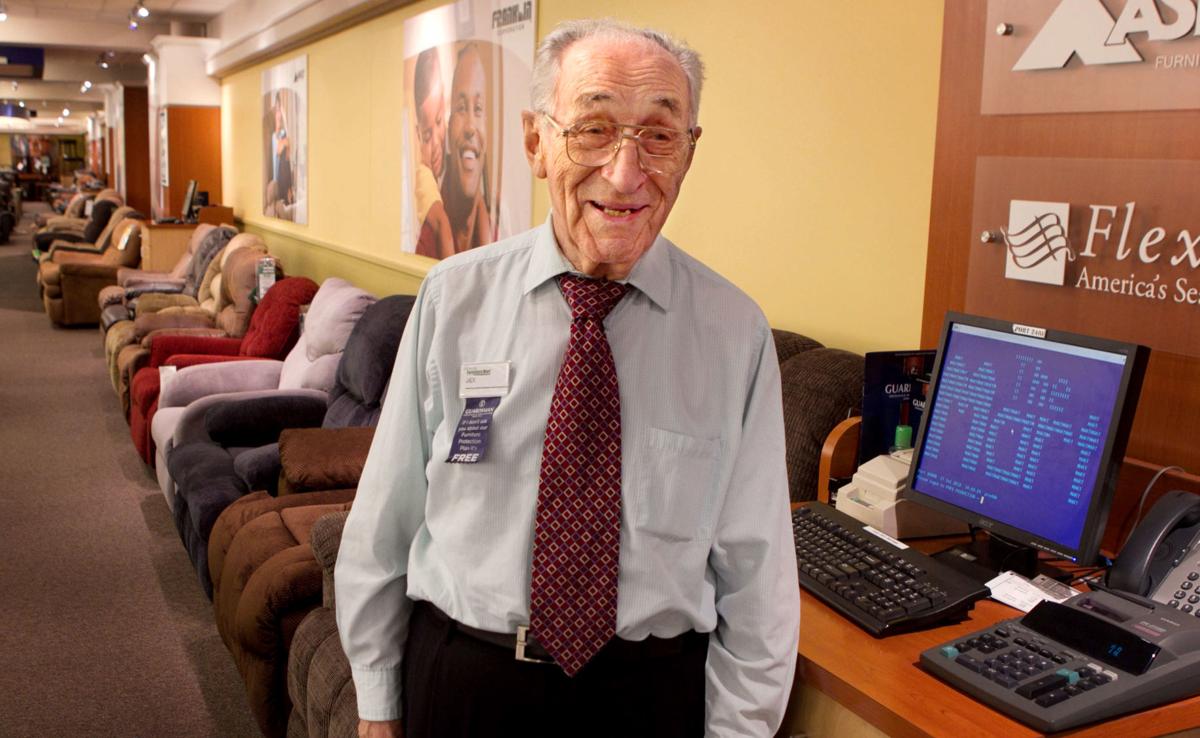 Jack Diamond ended his 58-year career in furniture sales at the Nebraska Furniture Mart in July 2012, when he moved with his wife to New York to be near their two daughters. Diamond, a Polish Jew, was a Holocaust survivor. He died in April of the coronavirus disease in a New Jersey hospital at age 97. 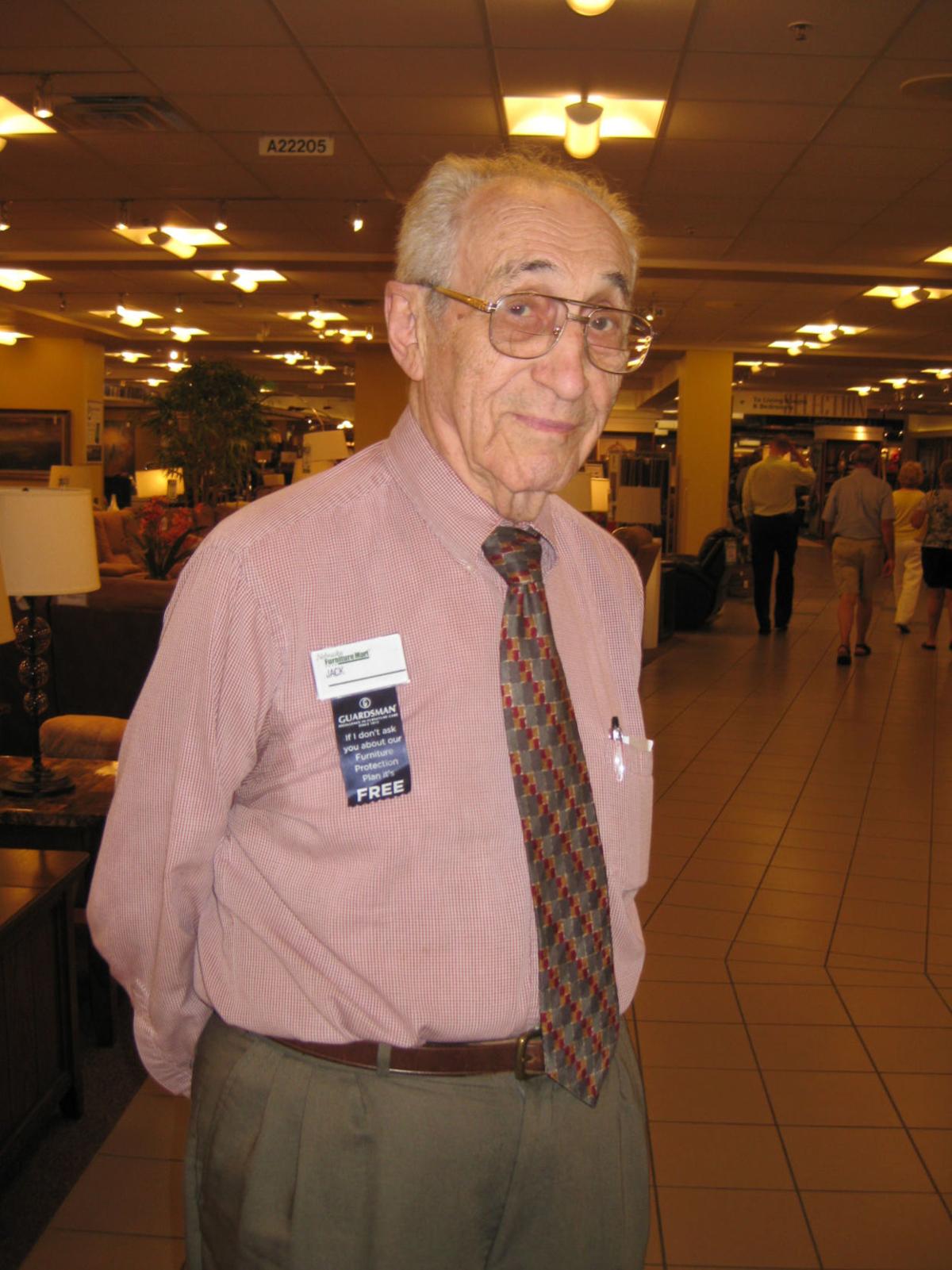